As with many of our Northern California reservoirs, the water level at Stampede is very low. I’ve fished here many times the last few months. Last week the boat ramp was a few feet below the end of the concrete, so you are actually launching in the dirt. With four-wheel drive you’ll have no problem. However, do expect to get muddy.

The good news, meanwhile, is most of the high dollar ski boats are staying away. Fortunately, the water level hasn’t affected the fishing. Actually, I like it better this way because the fish are concentrated. I’m hoping it wont go much lower, but there’s no way to know what’s going to happen this summer. Regardless of what the water does the kokanee are going to continue to bite and if the low water keeps boaters off the lake the kokanee fishing might actually be better than normal. 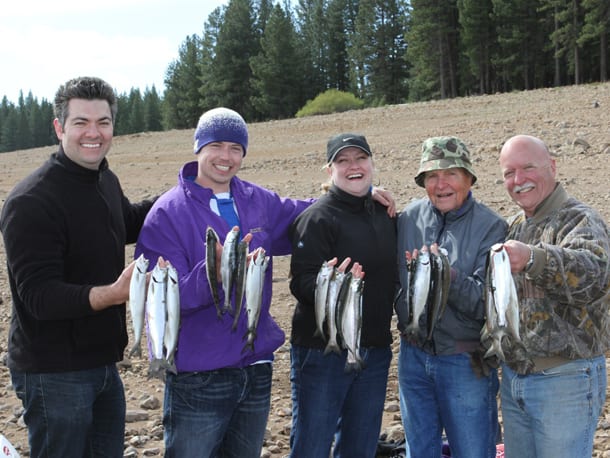 On a positive note, the low water has pinned the kokanee to certain areas. The fish are concentrated around the island, the dam and at the mouth of the Sagehen Creek and Little Truckee River. A lot of the places I used to fish, like the rock pile, are completely out of the water.

It’s been several years since we had large kokanee at Stampede. The fish are a little bit larger than Donner and fatter, but when I say a little bit I’m talking an inch. The biggest one I’ve seen so far has been 14 inches, but most of them are 12-13 inches and I don’t think you’ll see much larger this year. Fortunately, there’s a lot of fish around. We had limits for four people pretty easily. You come here for numbers rather than size. 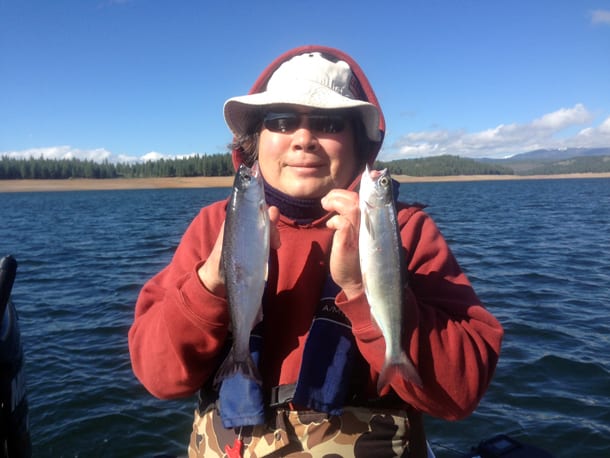 Standard kokanee gear is effective. I’m doing good on Sep’s Strike Master watermelon dodger with an Uncle Larry’s Pink Tiger and fishing them on 6-pound Trilene XL. I’m pretty much using pink corn exclusively; Both FireCorn and FireCured pink corn. All the fish are from the surface on down to 45 feet. That’s not going to change anytime soon. 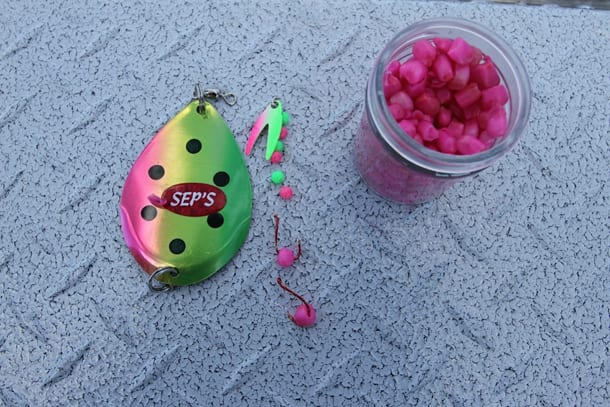 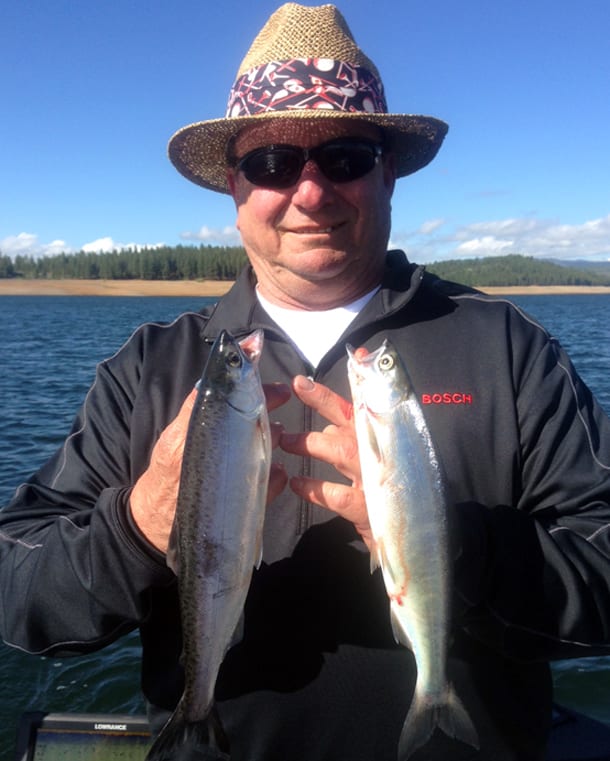