It’s summertime in the Willamette Valley and while salmon are all along the Oregon Coast we are targeting summer steelhead. So far this summer, we are seeing a slightly better than average year. In fact, we’ve already noticed that counts are roughly 5,000 more steelhead than last year and more fish are coming.

Most steelhead are found on the Middle Fork/Main Willamette between Dexter Dam and Beltline Bridge, which is about a 30-mile stretch, basically from Lowell to Eugene. Size-wise we are seeing larger fish this year, most notably a lot of 10-11 pound fish, rather than the eight pounders we saw last year. 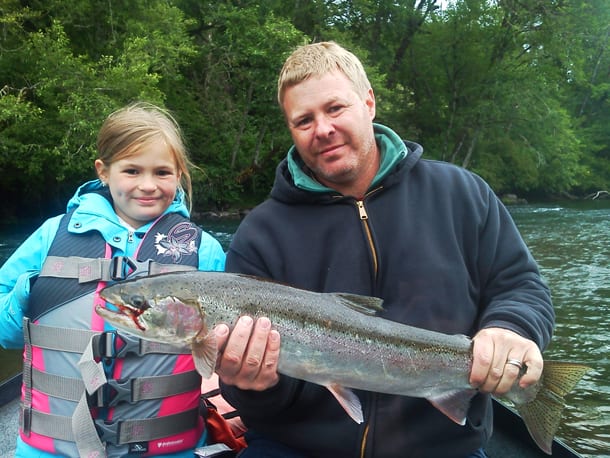 Steelhead fishing is just getting started. Prime time is normally the middle of August and into the fall when we normally get cooler nights and the water temperature falls a few degrees. Right now, the water is 54-56 degrees and the fish are biting. However, when it drops to 50-51 degrees it’ll be lights out. These steelhead will be around into October. I’m expecting to see more fish daily.

This year the river is running about five inches lower than last year. Keep in mind, this system is dam controlled, so we are always pretty much at the same level during the summer. The gauge in Eugene will fluctuate from 9.5 to 10.1 feet. Fishing is consistent because water conditions are stable. 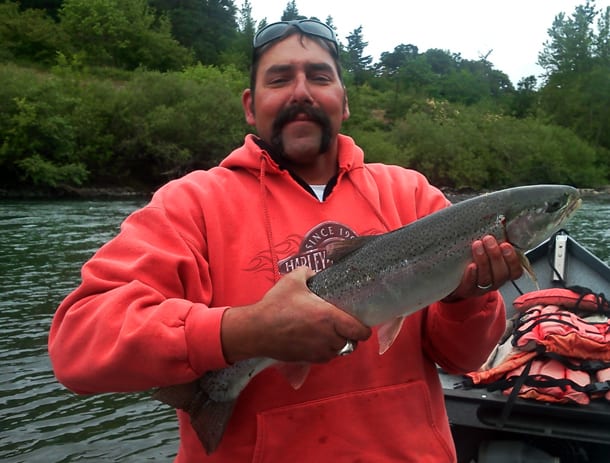 Usually time of day doesn’t matter. I like starting early in the morning, but we’ll catch them all day long. It doesn’t matter if the sun is beating on the water. Steelhead are hanging in three to five feet of water, where you find a chop on the top. We are also finding some fish in 10-foot holes. Any of the deep slots will hold fish this time of year. Meanwhile, I’d avoid frog water and any slow moving water. 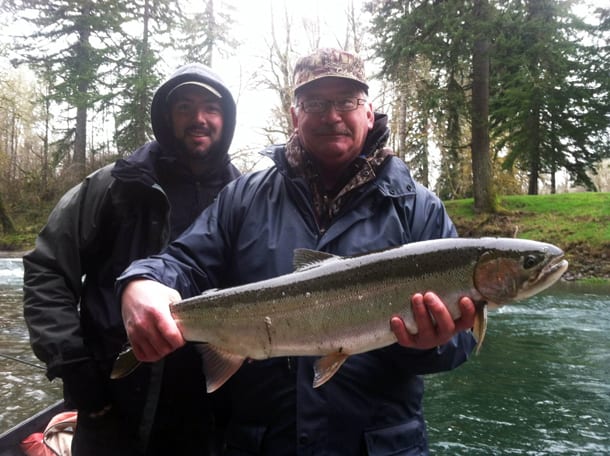 While there’s many ways to catch these steelhead, the most effective are running plugs and soaking bait. I’ll mix it up and run one rod with bait and another with a plug. Therefore, I’ll have a Brad’s Mud Dog Diver and Natural Pautzke BorX O Fire cured roe. When curing the eggs I mix the borax with Natural Fire Brine because I need lots of eggs and the brine enables them to cure faster than just using borax. It also makes them milk out longer. 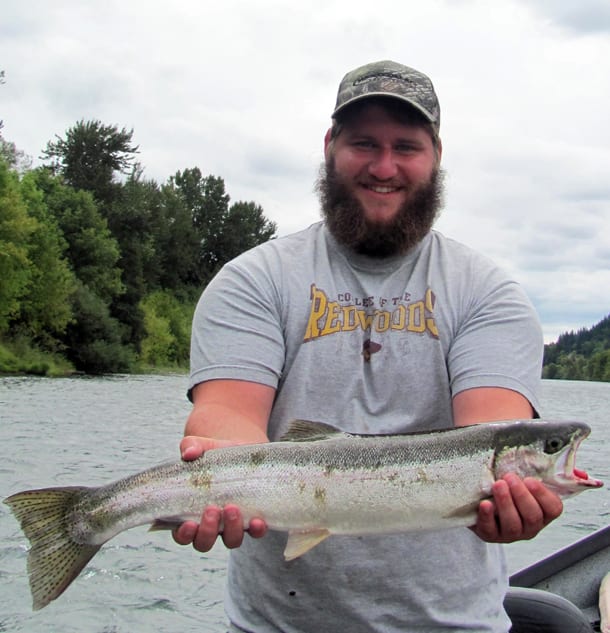 On the second rod I’ll run a tuna wrapped Yakima Bait Maglips 3.5 and always soak the tuna in Blue Fire Brine overnight to ensure full penetration into the meat. When running plugs I’ll use 12-pound high vis P-Line. On the other hand, on my bait rod I’m using P-Line 20-pound mono as a mainline and then a six feet 20-pound leader to the bait, which is looped on to a 1/0 Owner hook. On top of that hook I’m putting a No. 12 Worden’s Spin N Glo. 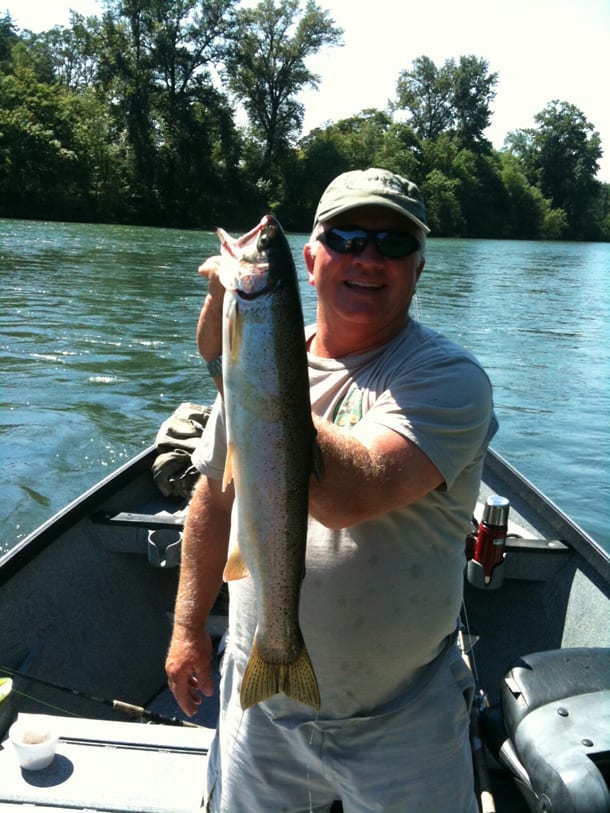