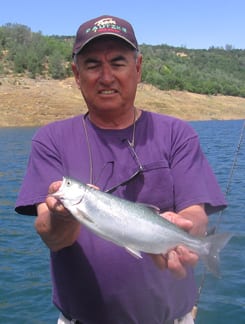 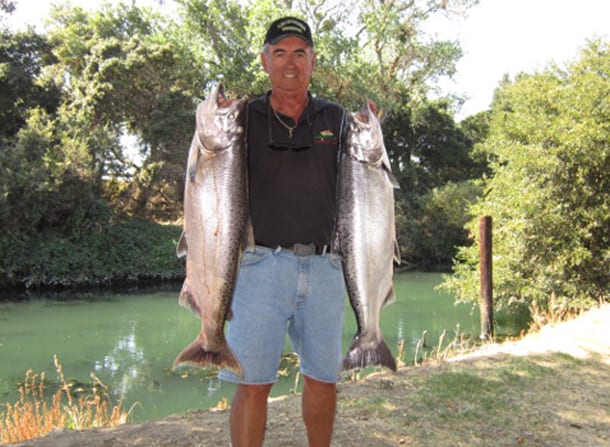 A specialist in trolling for trout, inland Chinook and kokanee, Danny Layne is one of the Motherlode’s most respected and knowledgeable guides. One of the few veteran guides on the scene, Layne’s popularity has exploded following nearly a decade of being featured in Fishing & Hunting News, Western Outdoor News, The Fish Sniffer, California Sportsman, the Stockton Record, Fresno Bee, Modesto Bee and via the airwaves on Bob Simms radio and Sep’s Hendrickson’s California Sportsman radio. In spite of constant promotion, Layne remains humble and often can be seen giving seminars at Bass Pro Shop’s in Manteca, the Glory Hole Show and at various Fisherman’s Warehouse locations. He’s also been a regular guest at the Sacramento International Sportsman’s Exposition.

Owner of Fish ‘n Dan’s Guide Service, Layne spends much of his time focusing on kokanee, rainbows and browns on New Melones Reservoir, but also puts countless hours on Don Pedro Reservoir, where big inland Chinook, kokanee, browns and rainbows are available. A full time guide, Layne specializes in toplining techniques and using downriggers, both of which are applied in the spring and summer at Lake McClure, where kokanee, inland Chinook and rainbows are prevalent. In the colder winter months, Layne opts to drag spoons, spinners and bait through Tulloch Reservoir’s clear water in search of fat, holdover rainbows. Come spring, he’ll migrate to New Hogan where he fishes for stripers and can be found on the Sacramento and American River in the fall, when the salmon run is viable.