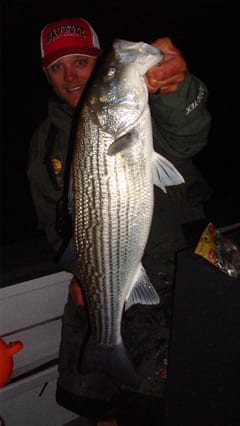 Owner/operator of Feisty Fish Guide Service in Northern California, Scott Feist is one of the youngest and most aggressive fishing guides in The West. While he can be found on the Klamath and Yuba Rivers from time to time, Feist’s core business remains on the Sacramento and Feather Rivers where he logs more than 300 days on the water annually chasing stripers, steelhead and salmon. He also offers guided duck hunting in the winter in the Sacramento Valley.

Even at a young age, Feist has developed a reputation for his angling skills and is often featured in the Fish Sniffer, California Sportsman and Western Outdoor News. However, his emphasis is blogging and Facebook where he submits daily updates. During peak salmon and striper season Feist performs seminars in the Upper Sacramento Valley, most notably at Johnson’s Outdoors in Yuba City.