The rivers are ridiculously low and clear around here. Because of it there’s very few people fishing in the Tillamook area right now. I don’t know of any storms on the horizon, but the next time we get a shot of rain the coastal streams are going to see a big push of fish.

We had a little bit of rain last week, but it didn’t do anything. The ground just sucked it up and very few fresh fish came in. I can’t even remember the last time we had a good rain. It’s been over two weeks. Our rivers have been falling since mid February and we need them to rise to bring the next batch of steelhead in. 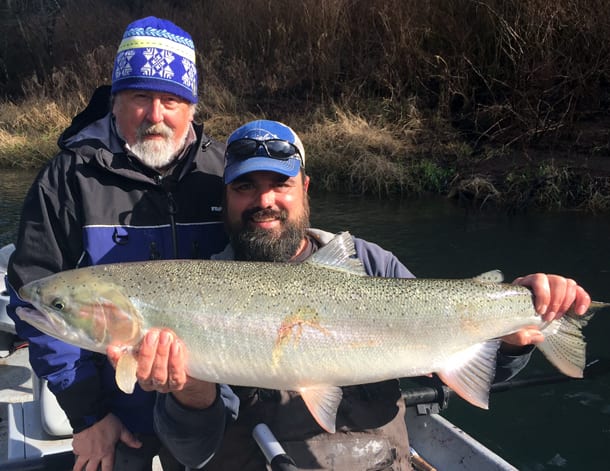 I’m catching fish every day, but we have to work harder for them. Some days are tougher than others, but there’s still fresh fish slowly coming in and there’s going to be for a while. We’ll be fishing steelhead here through mid April. I’ll catch bright steelhead through the first part of April.

What our current dry spell is going to do is keep those fish out in the bay. And, what that does is extend our season, because if we had a lot of rain right now they’d be blasting through and we’d only see downers in late March and April. What I’m excited about is the fishing pressure has fallen due to the low water and since they’ve started to catch a few springers on the Willamette, which is contributing to pressure falling on our rivers. 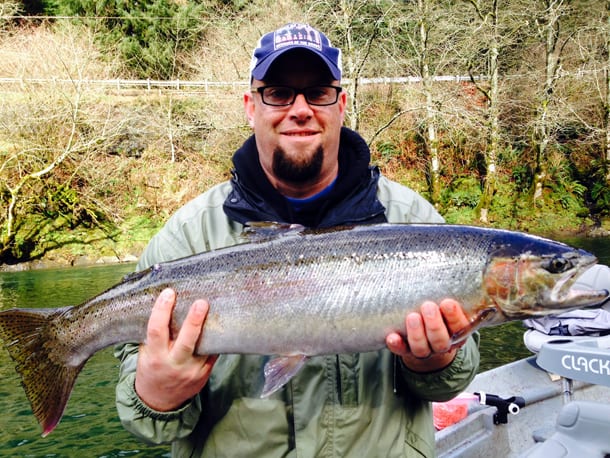 All our rivers in the Tillamook area are low, but the one I fish the most, the Wilson River, is now is at 4 foot. This past weekend there should have been 50 boats down here and there were probably 10. The holes we are normally fishing this time of year are not around because it’s too low. The Trask is really low, too. Fortunately, we’re still catching fish. 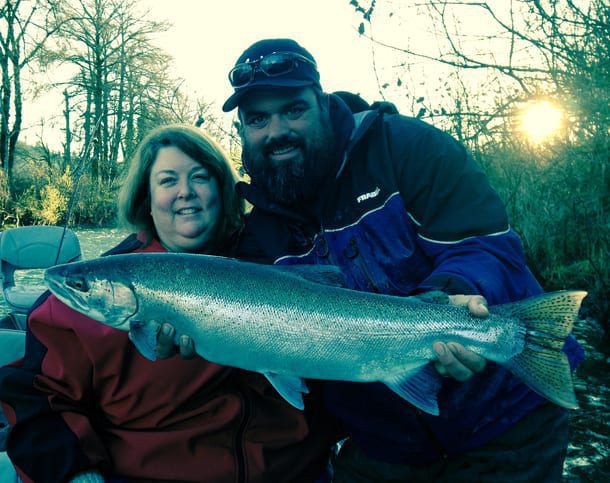 To maintain success I’m running nothing larger than eight-pound fluorocarbon. You have to downsize your line in these conditions. As far as eggs go, small baits are a must. I’m running size two hooks to an eight-pound leader. The only eggs you should be running when it’s this low is Natural BorX O Fire cured eggs, nothing else. In the low and clear water they want a natural egg.

While it’s low like this stay away from the red and pink. When it’s colored up, which will be the case after our next big rain, the orange, red and pink will be the way to go, but right now stay natural and make sure to use a small, thumbnail size bait. If you drift larger baits you aren’t going to get bit. 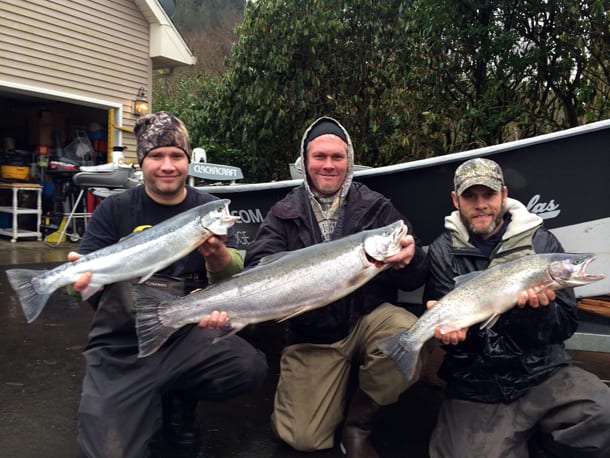 On the Wilson, Trask, Nestucca and Kilchis (the rivers we target in the Tillamook area) when we get more rain it’s going to be good fishing. The month of March is when many of our big broodstock fish show (at least the Wilson/Nestucca). We usually see some big natives in March, too. Towards in March we’ll see a bunch of downers cross our path, too. The steelhead season isn’t over here yet. We still have at least a month of solid fishing left and crowds should be lighter than normal with reports of springers showing already. 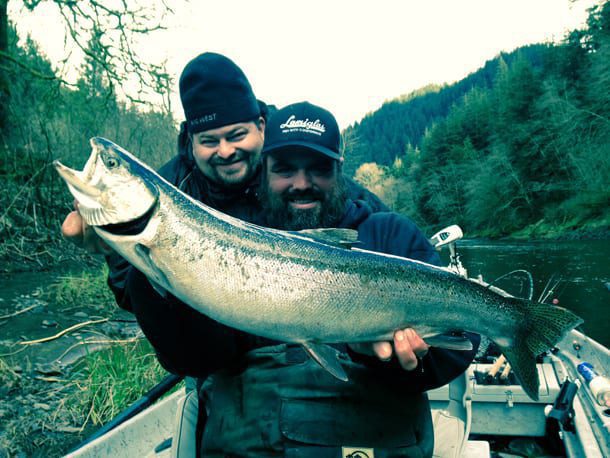 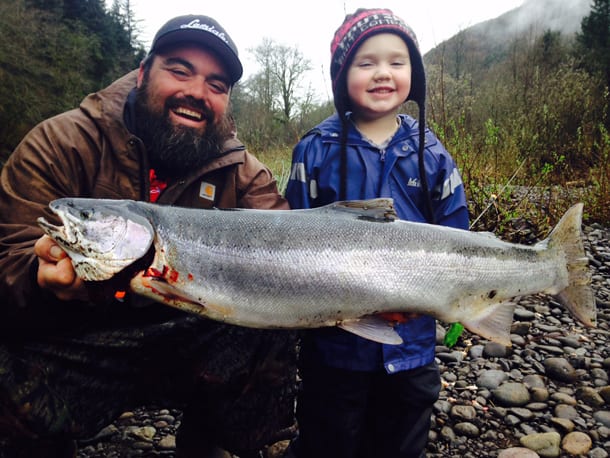