Central Pennsylvania is littered with famous trout streams. Meanwhile, few gain as much attention as Spring and Penns Creek, both of which have been on our radar for a few years. Fortunately, while we were staying in State College last week both were fishable. The previous year they were so high and muddy from spring rains we weren’t able to make a single cast.

Luckily we met a local who was able to take us to areas where public access was available. And, while many sections are reserved for fly guys we focused near Bellefonte where any legal method is acceptable, as long as all fish are released. The stream was much larger than we anticipated, had wonderful flows and brought more clarity than Penns and other nearby systems we approached.

Meanwhile, what we enjoyed most about Spring was the quality of trout available. We caught hundreds of trout in Central PA during the week, but few rivaled the size we tangled with here. It’s a place that belongs on your radar and supports a tremendous population of trout. 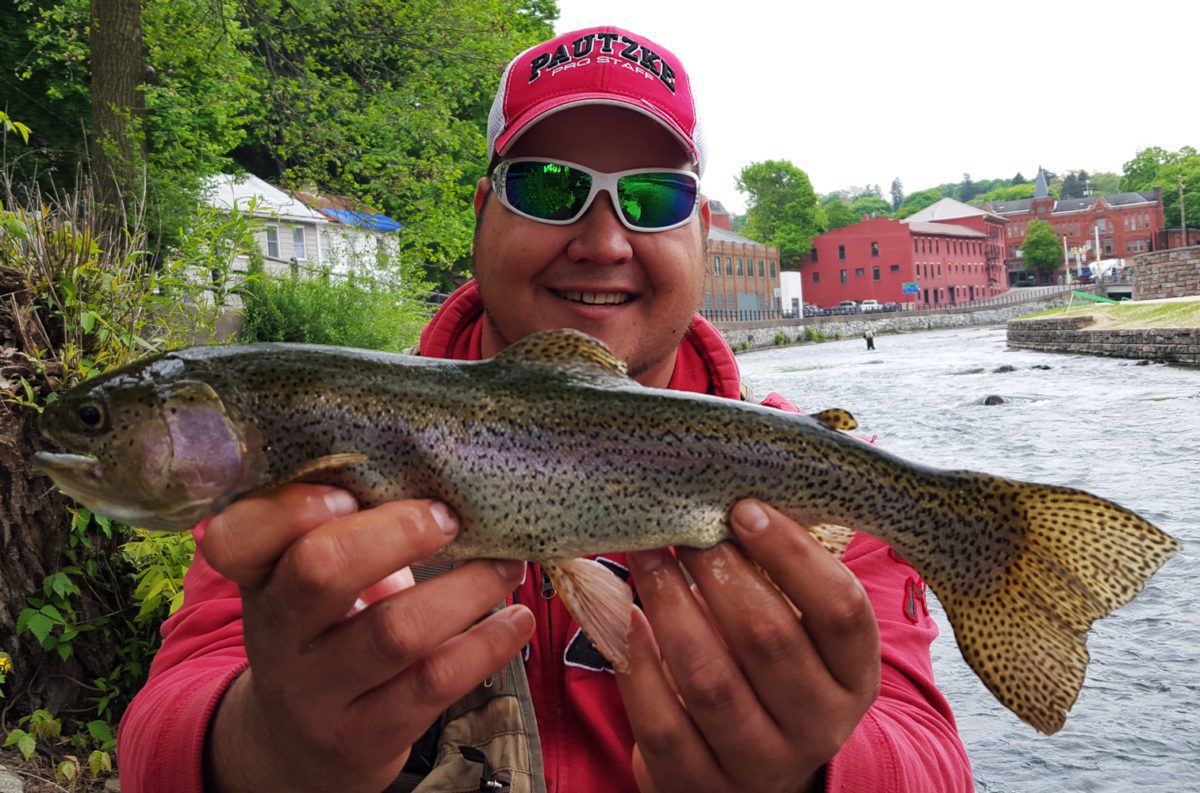 Please don’t think we are local experts. This was our first time here. We showed up and fished for a few hours to show how easy it would be to catch trout with our bait and did well. Ironically, most people told us Spring was one of the toughest places in the region to catch fish. However, we caught and released more than two dozen in a few short hours with our bait. Keep in mind, that’s only two anglers, and we only had time to fish about 50 yards of water before the rain sent us back to State College for lunch. 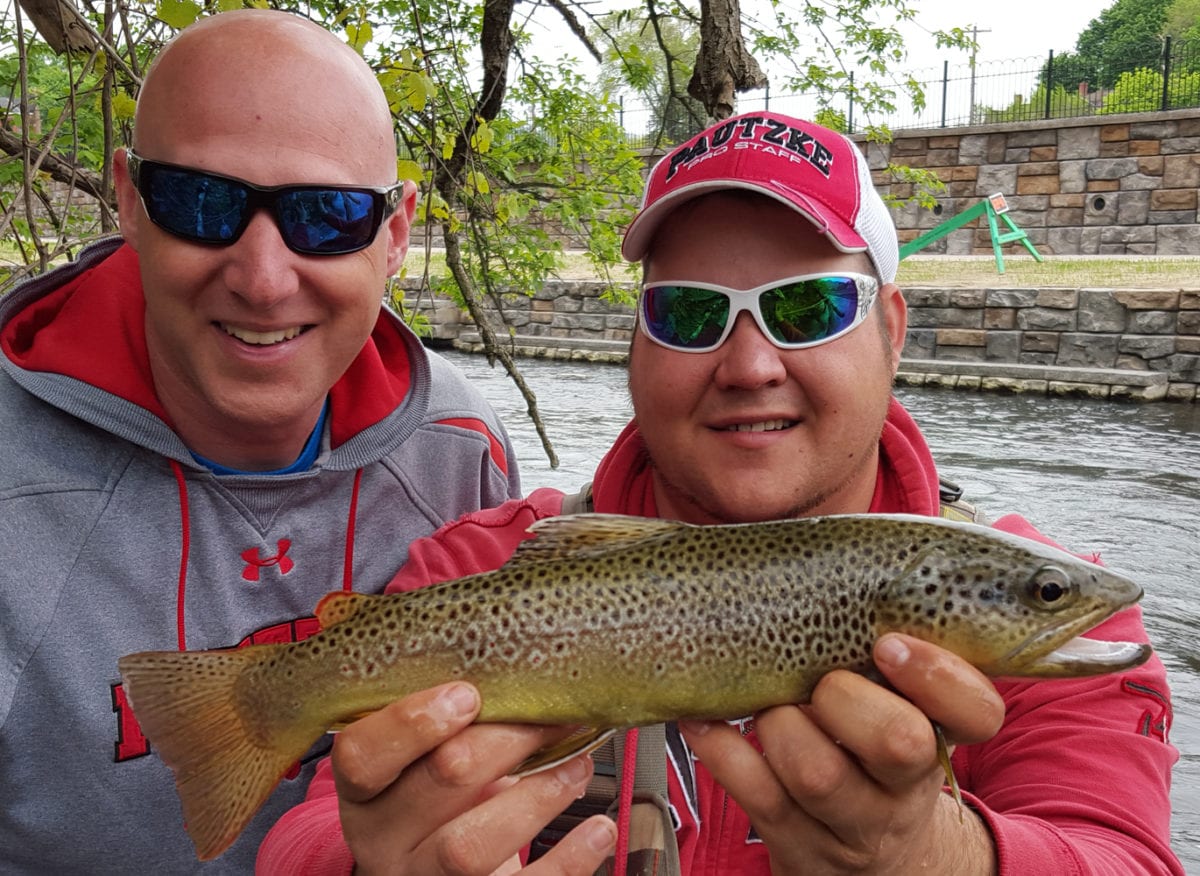 As most Pennsylvania anglers know Spring Creek isn’t stocked by the PA Fish & Boat Commission. However, an endless number of wild trout remain and local clubs do stock trout annually. Some of those trout are trophy size and while we didn’t catch the largest ones we saw in the deep holes we did leave more than satisfied. In the two years we’ve filmed in PA this was the best average quality trout we’ve encountered. In fact, it blew away everything we’ve done prior. We finally caught a few golden rainbows on film in PA, but were disappointed with their quality. The two goldens planted by private clubs were pale. They lacked the vibrant colors the state stocked fish display. 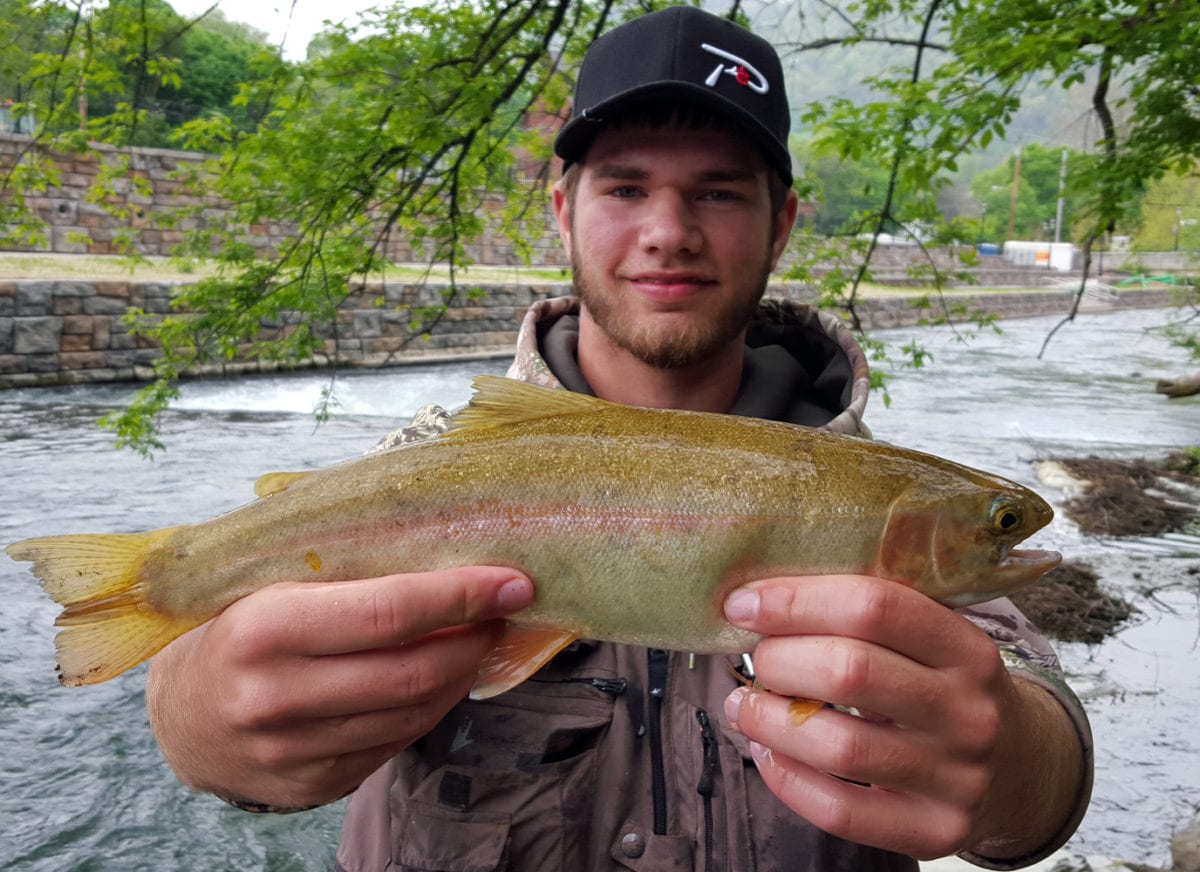 Many guys fish flies under a bobber here. We fished Balls O Fire salmon eggs and Fire Bait and ran into a few other anglers that were using dough bait. That bait helped us film an episode of Pautzke Outdoors in which we landed two golden rainbows, a bunch of browns to 16 inches and rainbow trout to 21 inches. It will be a day we remember. 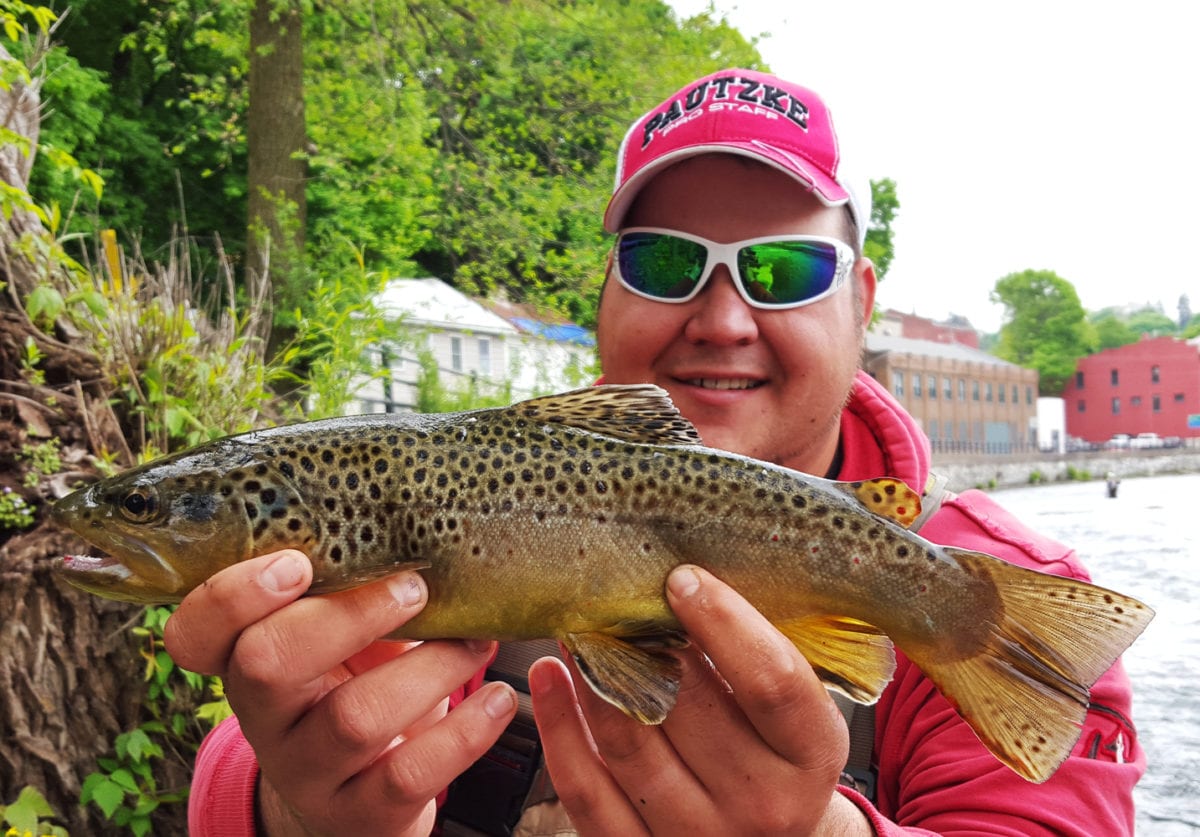 One of the tricks was using light line. Anything heavier than four-pound test is too much. We also used slightly larger hooks so the trout didn’t swallow them, namely Eagle Claw size 10 salmon egg hooks teamed with a few BB Water Gremlin split shots. We used two methods: drifting eggs and dough under a Trout Magnet Float and bottom bouncing. When it came to eggs the three eggs we brought to the bank (Pink Shrimp, Natural Deluxe, Gold Label) all caught fish, but the largest trout came off Feed Pellet Brown and Chartreuse Garlic Fire Bait. Head there with these baits and you’ll find similar success. 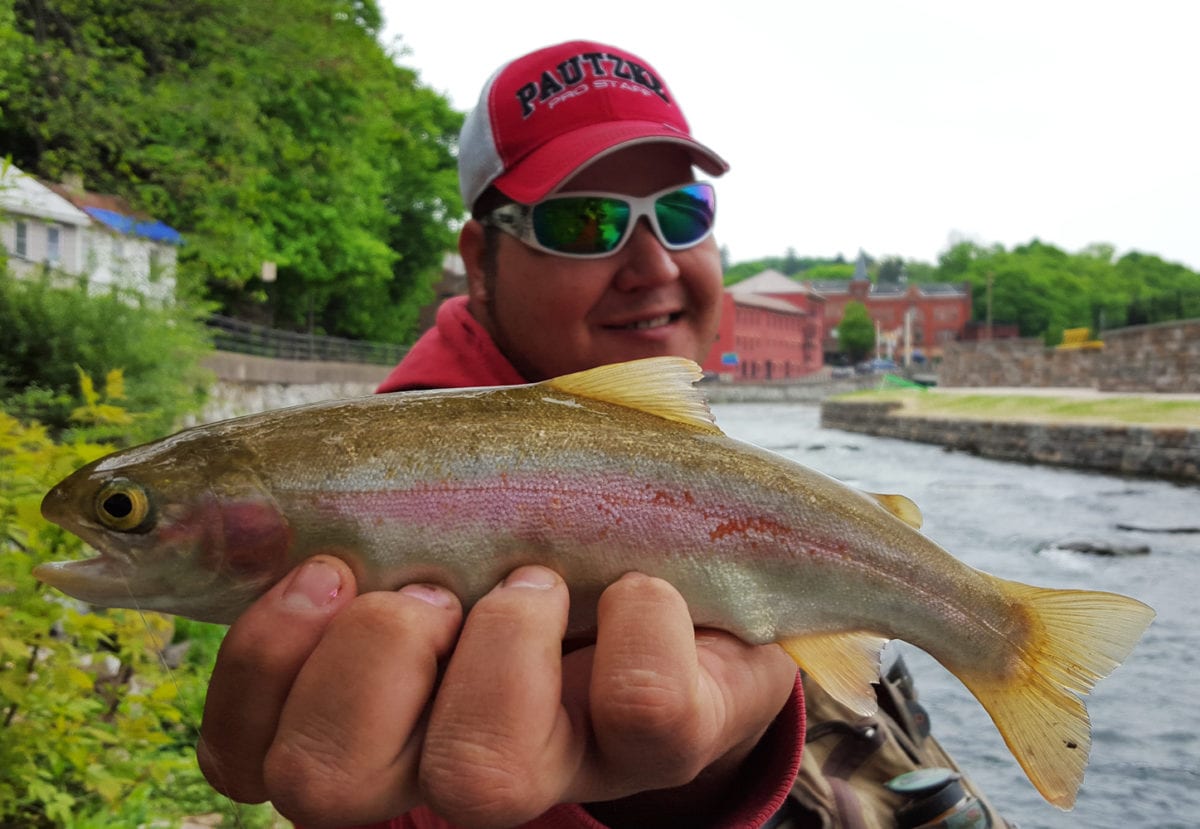 Editor’s Note: All trout must be released at Spring Creek. The system supports trout year-round.