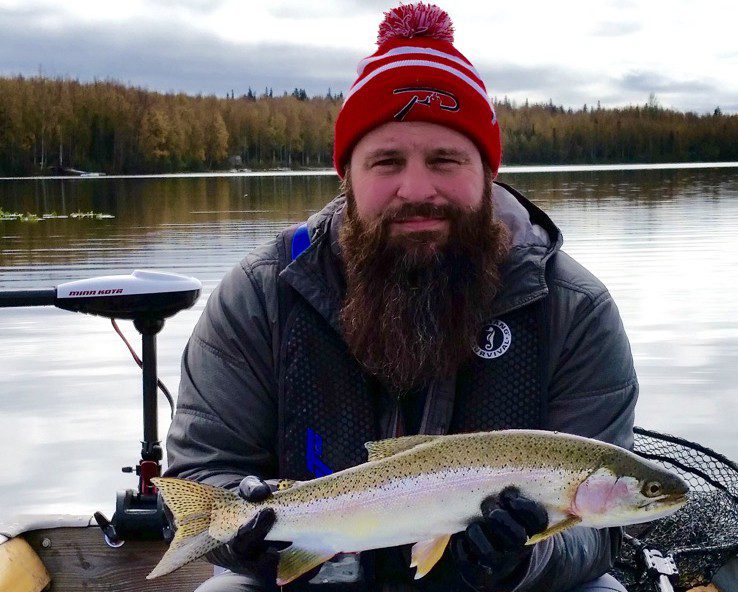 A former airborne paratrooper for the US Army, Dustin Slinker is an Indiana native who migrated to Alaska with the service and fell in love. He was awarded the Bronze Star and Purple Heart during his 13-year duty. Slinker started The Bait Shack in the heart of down town Anchorage on the banks of Ship Creek in 2010 and has since helped countless anglers catch the king, silver, pink and chum salmon here. He’s been a Alaska Sport Fishing licensed guide since 2011.

The Bait Shack and Slinker are no strangers to promotion. They’ve been featured on several Alaska radio, newspaper, and TV segments, including Fodor’s,  Visit Anchorage and Alaska Channel Tourism guides. The Bait Shack has also appeared on TV with Host Pete Evans of Movable Feast, Zeb Hogan of Monster Fish, David Arquette of Tripaholics and Peter Greenberg Travel Detective. Slinker’s photos and articles have been printed in Fine Cooking, Fish Alaska and Alaska Airlines magazines. During the summer he offers clinics on different techniques for catching salmon and trout. In the winter he focuses on ice fishing for trout, char, graying, lake trout and other species.

For more information on Slinker please visit www.thebaitshackak.com or www.facebook.com/thebaitshack