Almost a month past opening day Eastern Pennsylvania streams are still full of trout. Fortunately, more trout plants are coming, too. We spent the last few days filming Pautzke Outdoors in many of the region’s streams in the greater Lehigh Valley and found that most of the systems we fished had high inventories of rainbows with some browns, brooks and a few golden rainbows.

Recent improvements in the weather pattern have conditions at prime levels. All the region’s rivers and streams are in great shape for the weekend. Trophy trout were tough to come by over the last week, at least for us. While we caught and released more than three dozen trout in every body of water we fished only a handful were larger than 14 inches. However, anglers who downsize their offerings will still have a blast catching them. 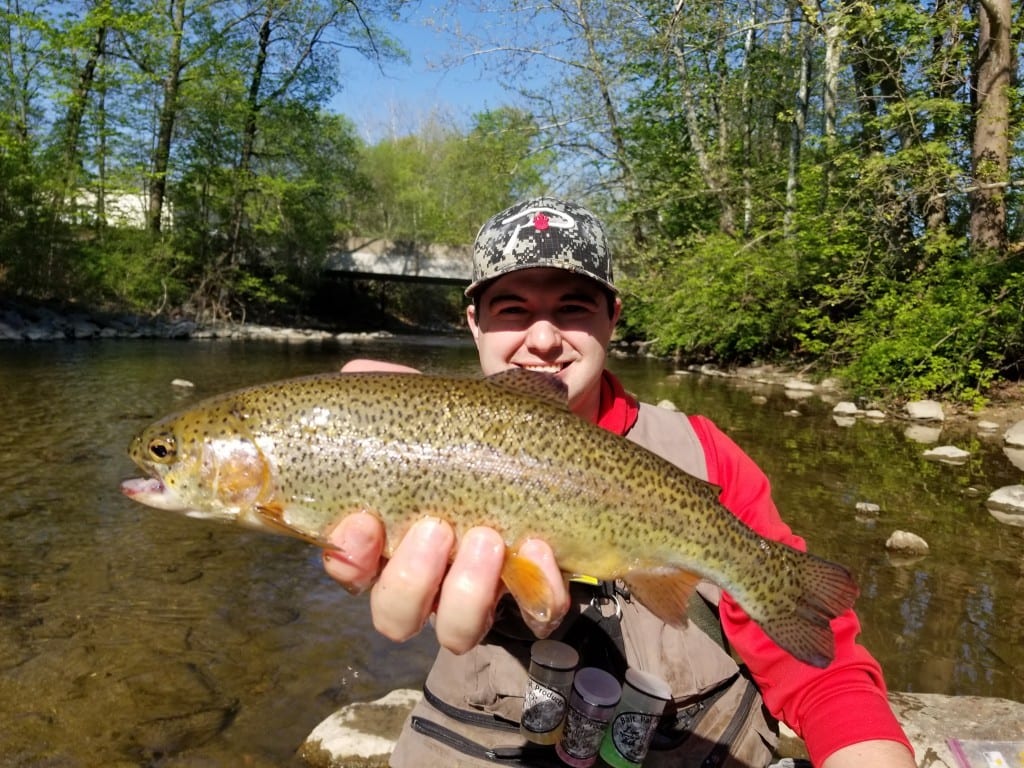 Speaking of downsizing, that’s a good idea for anyone trout fishing in Eastern PA for time being. Water conditions are clearing daily. Some streams are already low and clear. For example, Trout Creek (Slatington) was so clear we could have read a newspaper on the bottom. The same goes for the Bushkill (near Easton) and Jordan Creek (Allentown). Hokendauqua Creek (Northampton) and Martins Creek (near Easton) were slightly off colored, but still mostly clear. There’s no need for anything greater than four-pound test, a few split shots and size 12-14 single salmon egg hooks. If you downsize like this bites will be more frequent. 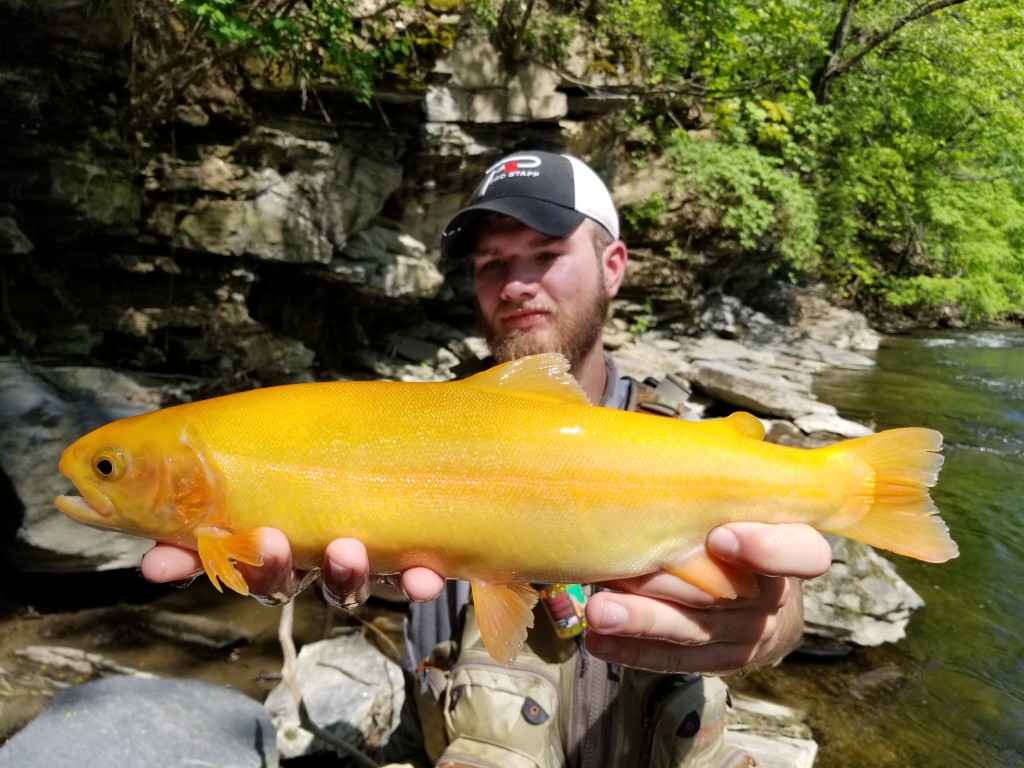 All the above-mentioned creeks were full of trout. However, Hokendauqua was the only one we saw goldens. We fished here twice this week and caught four golden rainbows the first time and five the next day. All the golden rainbows were caught on Natural Deluxe salmon eggs and Pink Shrimp Fire Balls, except one that grabbed Feed Pellet Brown Fire Bait. There were at least a dozen golden rainbows still in the quarter-mile section we fished. The creek was also loaded with rainbows and some up to 18 inches. We caught them on the same bait as the goldens, except we also used an entire jar of Pink Shrimp salmon eggs. 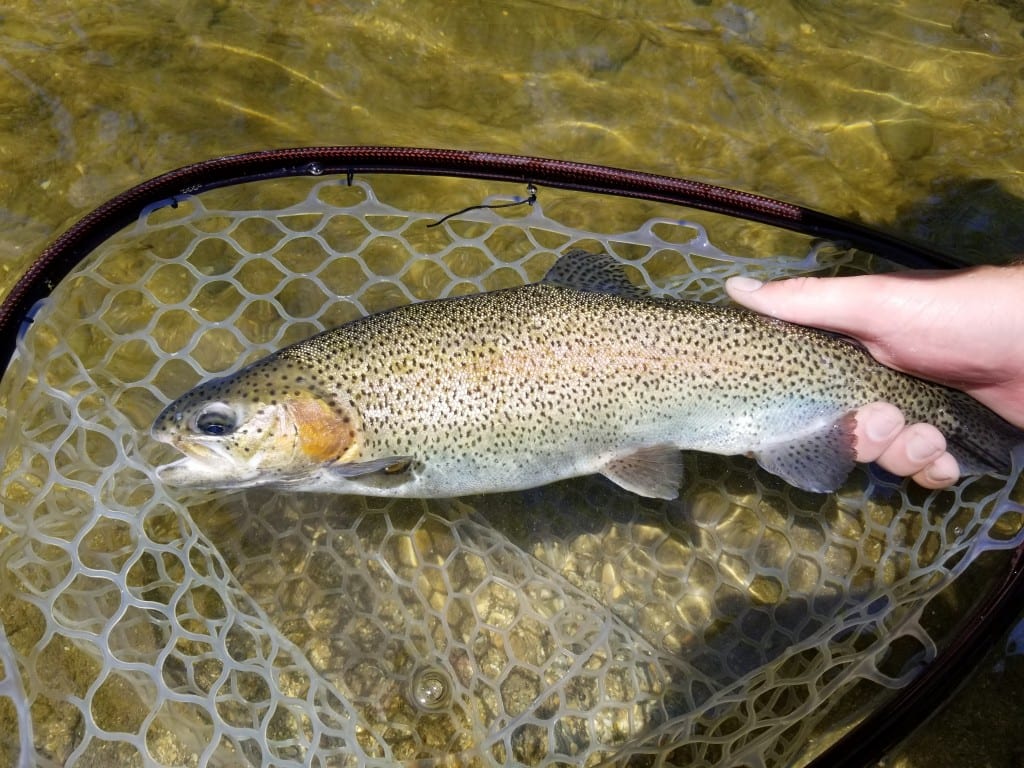 Jordan Creek has tons of small rainbows in town. Most of the ones we caught were barely 10 inches and up to 12 for the larger ones. We fished it today for a few hours and caught and released several dozen bows, one brown and three brook trout. All fish were caught on Premium and Natural Deluxe salmon eggs and Pink Shrimp Fire Balls. All the traditional stocked sections had plenty of trout.

As always, the entire stretch of the Bushkill near Easton had lots of trout and some up to 16 inches. Martins Creek had lots of anglers targeting trout and many who found success like we did. On those systems we used Garlic Salmon Egg and Peach Garlic Fire Bait fished as a Fire Worm rather than in a ball like most do. We also scored with Natural Deluxe and Pink Shrimp salmon eggs. I’m sure other products would work, but we were catching so many trout we didn’t try anything else. 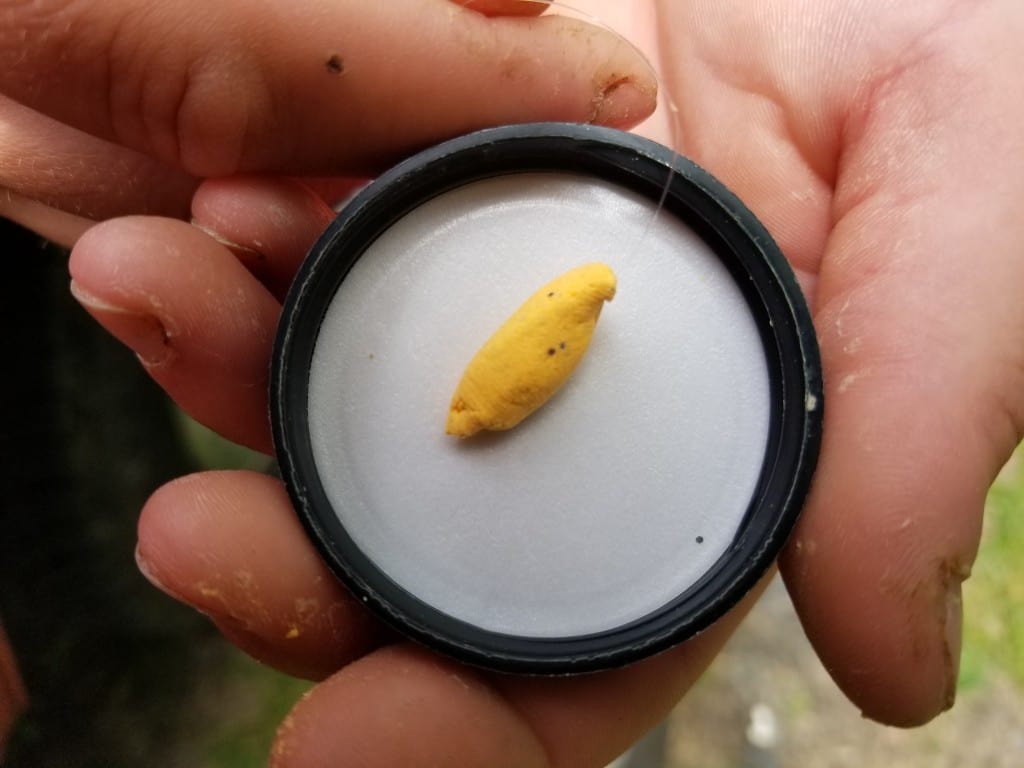