Skip to content
Seward Highway Rainbows Showing Through the Ice

After frigid temperatures blanketed the greater Anchorage area and Kenai Peninsula a week ago more mild conditions have settled in. In fact, this week the region has seen bumps of heat greater than freezing. It’s been a welcomed site for many ice anglers. Given the favorable conditions we ventured out on the Kenai Peninsula to target rainbow trout on a roadside water along the Seward Highway.

It wasn’t difficult to find a lake to fish. Although access to many lakes is limited to those with snowmobiles or on snowshoes this time of year, digging on the Alaska Department of Fish & Game’s website reveals plenty of easy to reach waters that are heavily stocked with rainbow trout. Many of these waters also harbor dolly varden. 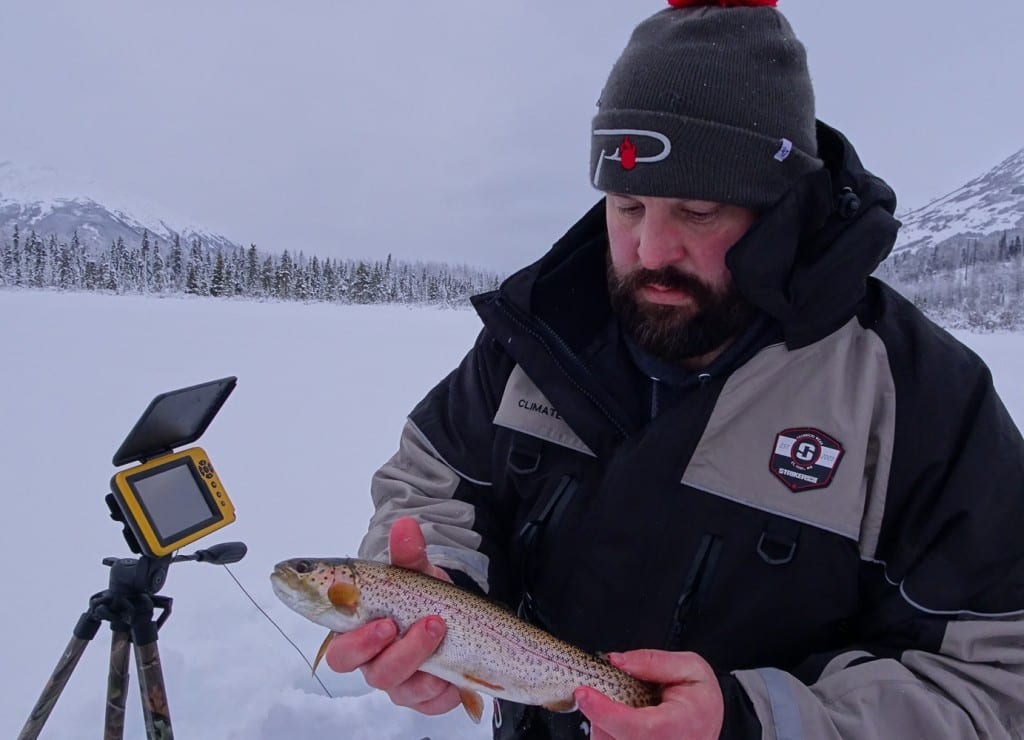 While conditions were mild action remain steady throughout the day. We started fishing around 11 am, stopped at 5 and didn’t see another angler at the particular lake we fished. We caught more than two dozen fish, mostly 10-12 inch dolly varden, which grabbed our bait before the rainbows could swoop in. 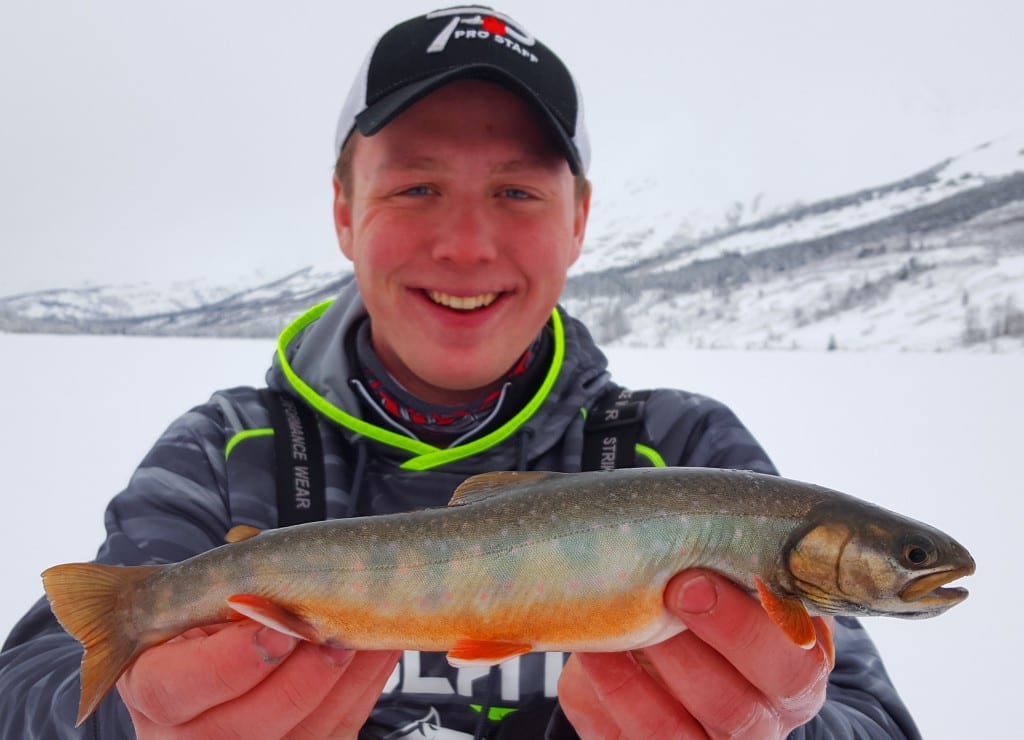 How do we know this? We watched a few hours on an underwater camera. Every time a rainbow came in to investigate our bait the dollies seemed threatened and grabbed it before the bows had a chance. What we did notice was the rainbows were in the lower third of the water column, while the dolly varden remained focusing on slurping stuff off the bottom. 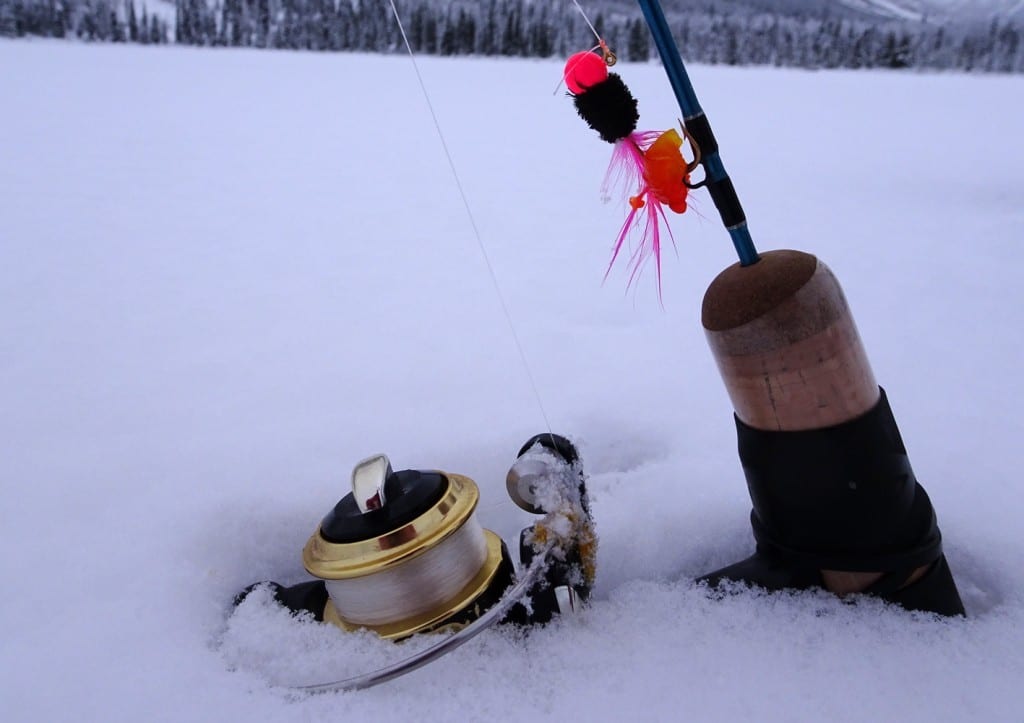 We spent the day using two baits: Fire Bait and Fire Brine shrimp, both of which were tipped on various jigs. Regardless of what bait we used the rainbow trout weren’t aggressive. In fact, we often saw them swim up to the shrimp, touch it with their nose, back off and then swim up to it again and nudge it. They did that a few times before grabbing it and taking off. 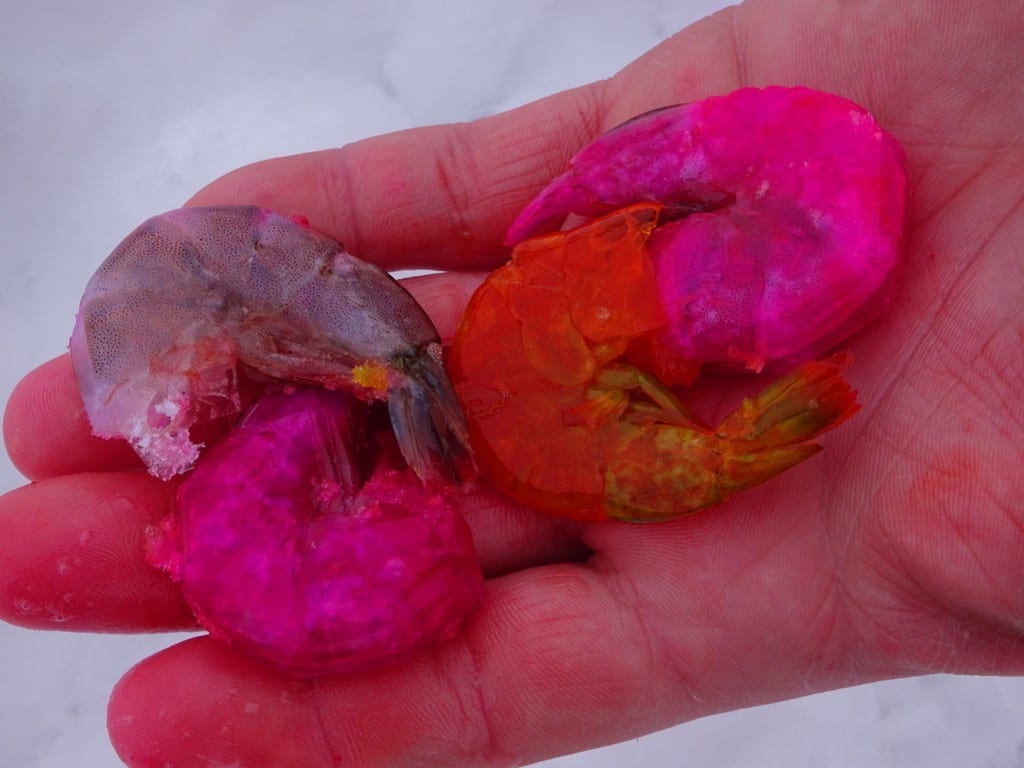 Color didn’t seem to make a large difference. We caught trout on various colors of Fire Bait and Orange, Pink, Red & Natural Fire Brine shrimp. This is grocery store uncooked shrimp, not salad shrimp although that would work too. We brined the full shrimp and then cut them in small pieces, roughly the size of your thumbnail, before piercing them on jigs from a 1/64-ounce to a size two hook. We tried to go with a larger hook to keep some of the smaller dolly varden from eating our baits, but it didn’t work. The dolly varden were too eager. 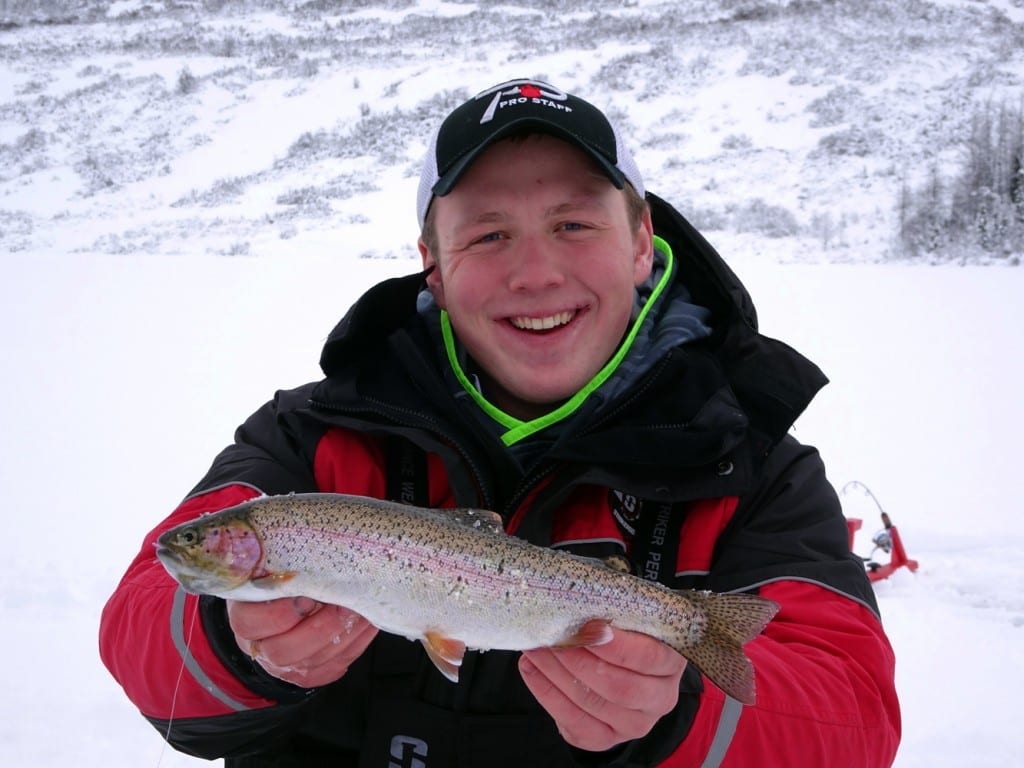 Editor’s Note: For a complete list of all the stocked lakes on the Seward Highway please consult the Alaska Department of Fish & Game’s website at http://www.adfg.alaska.gov. Team Pautzke filmed Pautzke Outdoors yesterday on the Seward Highway with Dustin Slinker of The Bait Shack. For more info on his guided ice fishing trip please visit http://www.thebaitshackak.com or call 907-522-FISH (3474). 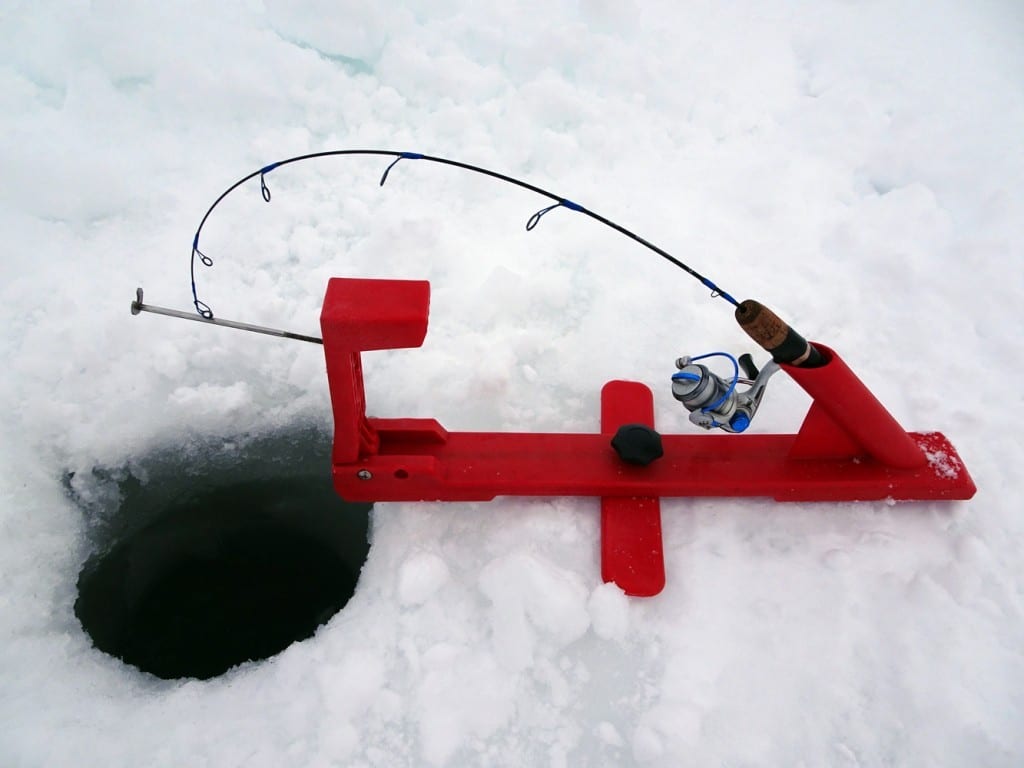