It’s been a rollercoaster season on the Smith River. We’ve had highs and lows. We expect to see more fish and in good numbers, but until we get more rains (which are here now) we wont know what’s ahead of us. I’m optimistic we’ll see a strong push of fish coming, but only Mother Nature knows what’s in store. 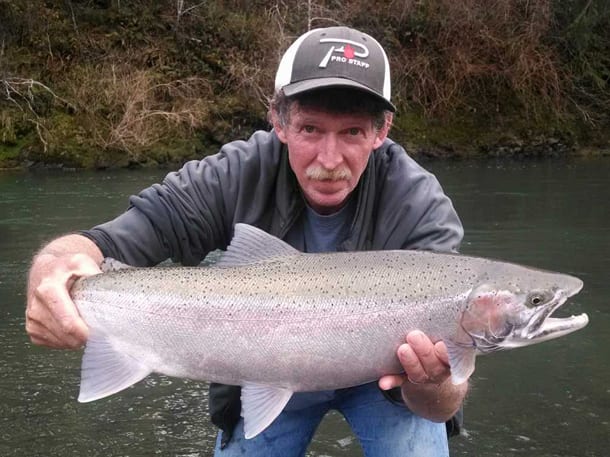 Oddly enough, the last big rain we received didn’t bring a lot of fresh fish. With that said, we still have three full months left of fishing ahead of us and it seems like everything has been late this year compared to years past. The run could be later than normal. In the last few years the peak run on the Smith River has been February, March and into April, which is much different than we experienced in my last 30 plus years of fishing here. 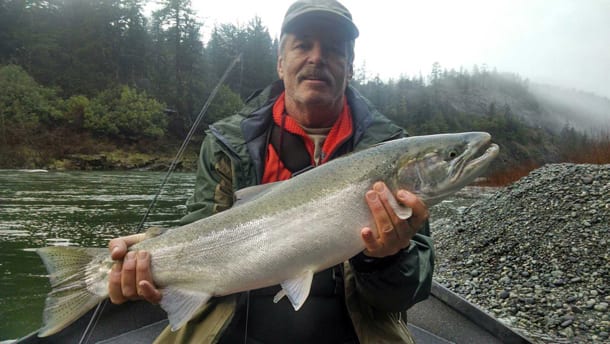 We have a lot of rain forecasted in the next several days. With that we expect to see good numbers of fresh fish entering the system. In February, I’m hoping for good numbers of winter steelhead, but we never know until it happens. I expect to see a lot of fishing pressure after this week and weekend’s storm. This will give us a tale of the tape of what’s out there. The more people that are fishing the more the story is told. If we only have one boat out there it’s hard to tell how the river is fishing and honestly pressure has been low recently. 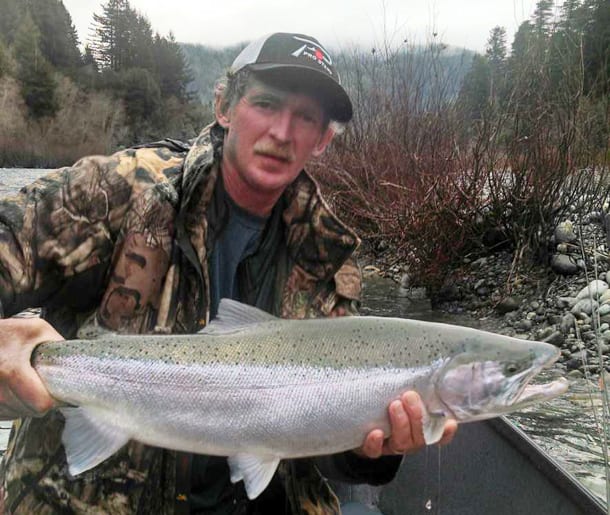 Keep in mind, with the expected storm everything is going to blow out around here and people are going to be forced to fish the Smith. Everything from the Southern Oregon Coast to Eureka should blow out. The only place to fish for a few days will be the Smith. But, if this February is anything like last year it’ll be great fishing. Last February was one of the best February’s we’ve had in decades, but it still remains to be seen how this season is going to be pan out. 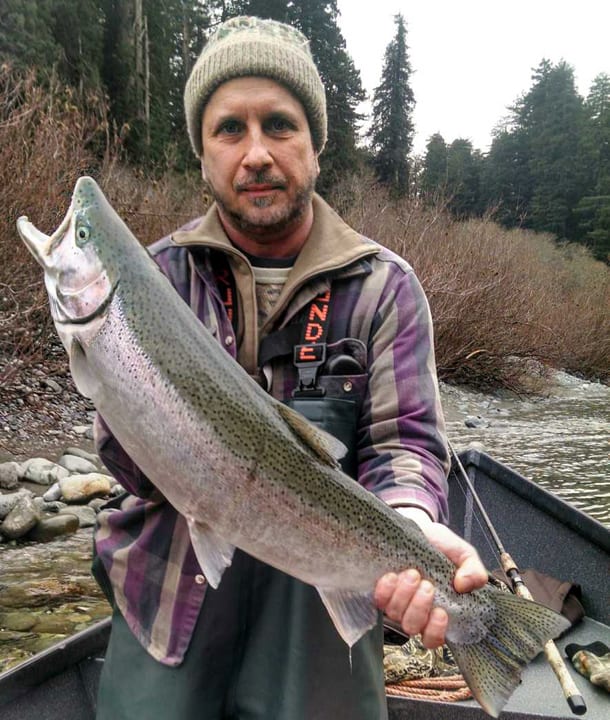 Anyone who fishes the Smith knows having good bait is vital. Many anglers use pink and red cured eggs, but I’m fishing Pautzke Natural BorX O Fire cured eggs and it’s been getting the job done. Keep in mind; this river is clear 75 percent of the time, which is why I use natural colored roe, and small pieces of it. I use dime size pieces of roe, which are very small to some, but we do this because the water is so clear. 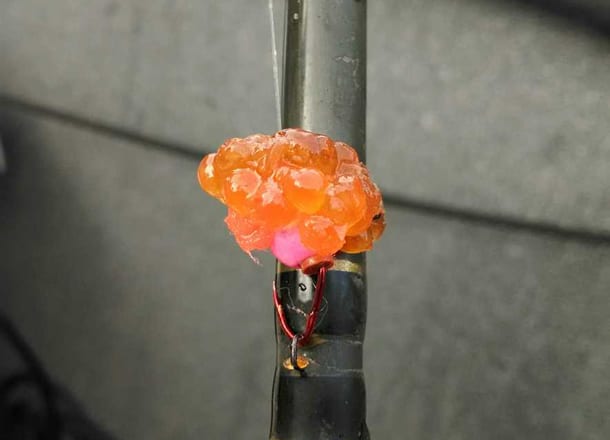 Sure if we had stained water the pink or red would be the best, but in our case on the Smith with clear or emerald green water we look for a softer, more neutral bait, which is orange. You want eggs that look like they just came out of a fish, which is a natural as possible.

Stock up on natural cured eggs when you come to the Smith. When fishing the Smith I use Maxima Ultragreen and only that. I’ll use a 10-pound main line and down to a six-pound test leader depending on water clarity, of course. I’ll fish my bait on No. 2 Gamakatsu octopus hooks. 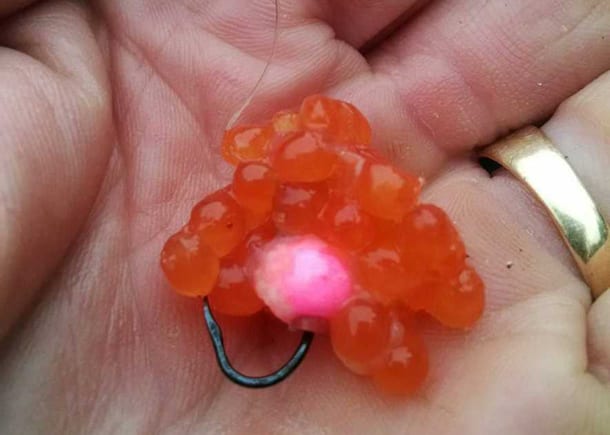