Weekly trout plants are keeping action steady along the Upper Sacramento River where anglers are finding eager rainbows. Fishing should remain good through the 4th of July as cold water remains plentiful, flows are favorable and trout plants continue. We found trout from six-inches up to 18 inches. 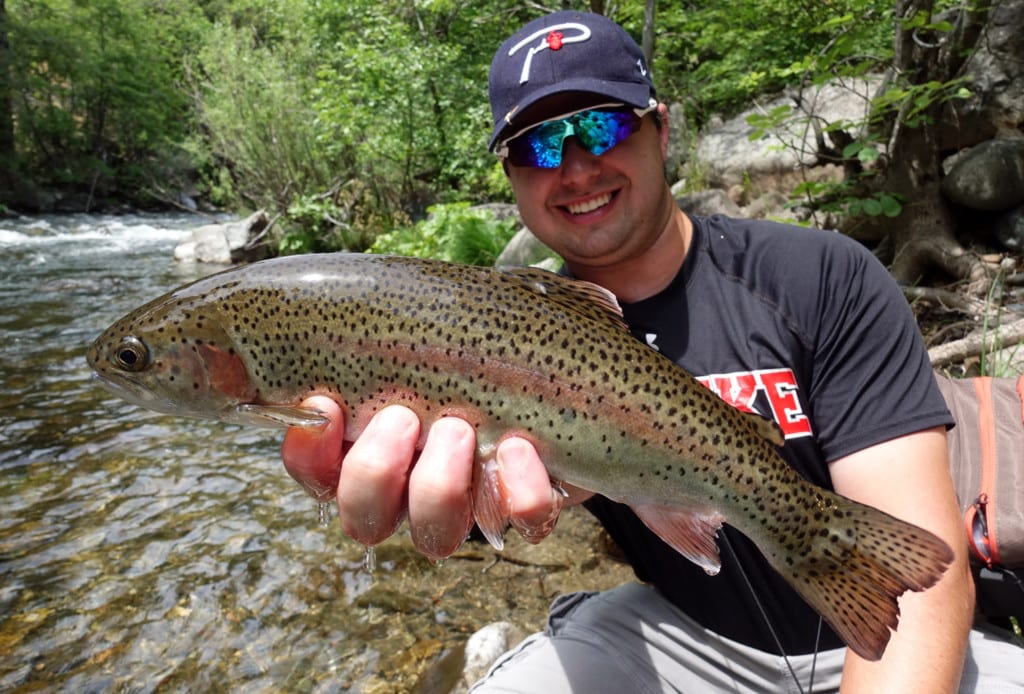 Catching trout wasn’t super easy as we fished on a Monday after a weekend filled with heavy pressure. We did, however, manage to catch and release roughly a dozen trout in a few hours. Our efforts were focused below the special regulations section at Dunsmuir Park. In fact, this is the only section of river we fished before heading to the Fowler Camp area of the McCloud River where fishing wasn’t good. On the Upper Sac we were mixed in with a group of fly anglers and a couple of guys tossing lures. We did well drifting bait.

Water conditions were excellent. Sometimes this early in the season snowmelt can push the Upper Sac a bit high and make fishing challenging, at times. Meanwhile, flows were perfect. The river is in good shape and should be fishing even better as runoff subsides and flows diminish. Flies, lures and bait worked well. Naturally, we used bait. We’ll cover that later.

Trout weren’t holding to a particular pattern rather scattered throughout the system. Although we did find the deeper pools to harbor the most rainbows, it was evident they were positioned behind large boulders, under overhanging banks, in pockets and even at the end of tailouts. Basically, it’s important to drift the entire river. As always, walking up or downriver outside of the park is best. While trout are stocked in the vicinity of the parking area this is also the stretch that sees the most pressure. Walking even only 100 yards can be enough to find less pressured trout. There are some beautiful holes downriver of the parking area and an established trail to follow. 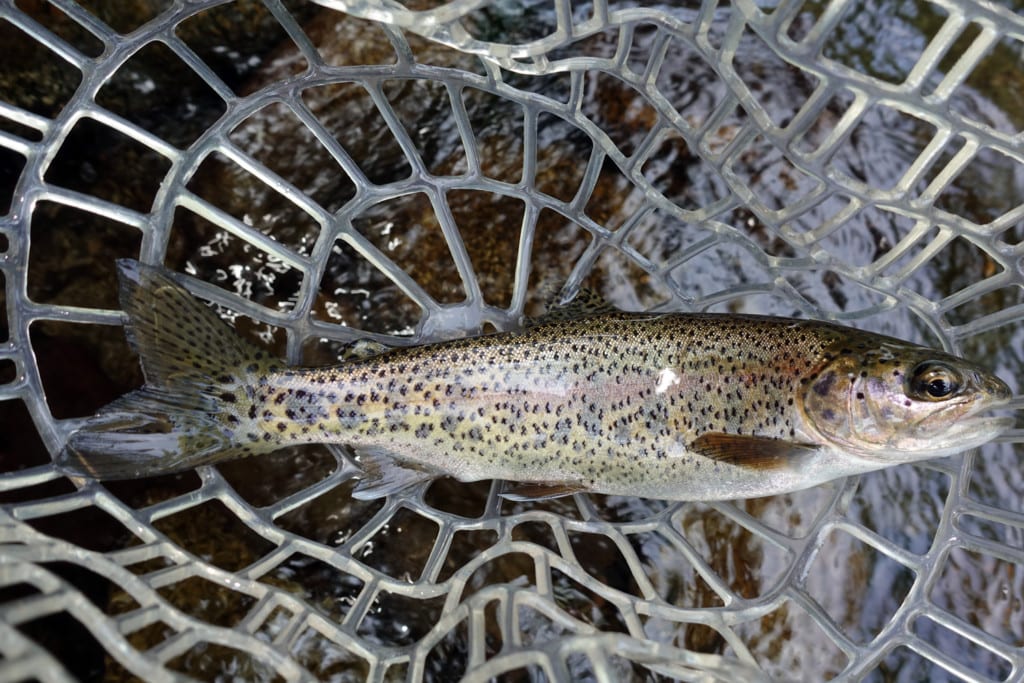 We couldn’t establish a pattern of one bait working exceptionally well. Instead, we caught a few trout on several different baits including Peach Garlic Fire Bait, Pink Shrimp and Silver Label salmon eggs and Chartreuse Anise Fire Balls. What we did notice was the smaller trout were hesitant to grab the Fire Balls, which we were ok with. The largest trout of the day, an 18-inch rainbow grabbed the Chartreuse Anise Fire Ball. We had to switch baits often to maintain success. Smaller baits were best. We used one Fire Ball at a time, one to two salmon eggs and globs of Fire Bait the size of a pinky thumbnail. All these baits were fished on a size 10 hook and four-pound test. The water is gin clear. Therefore, light line is imperative to maintain success. 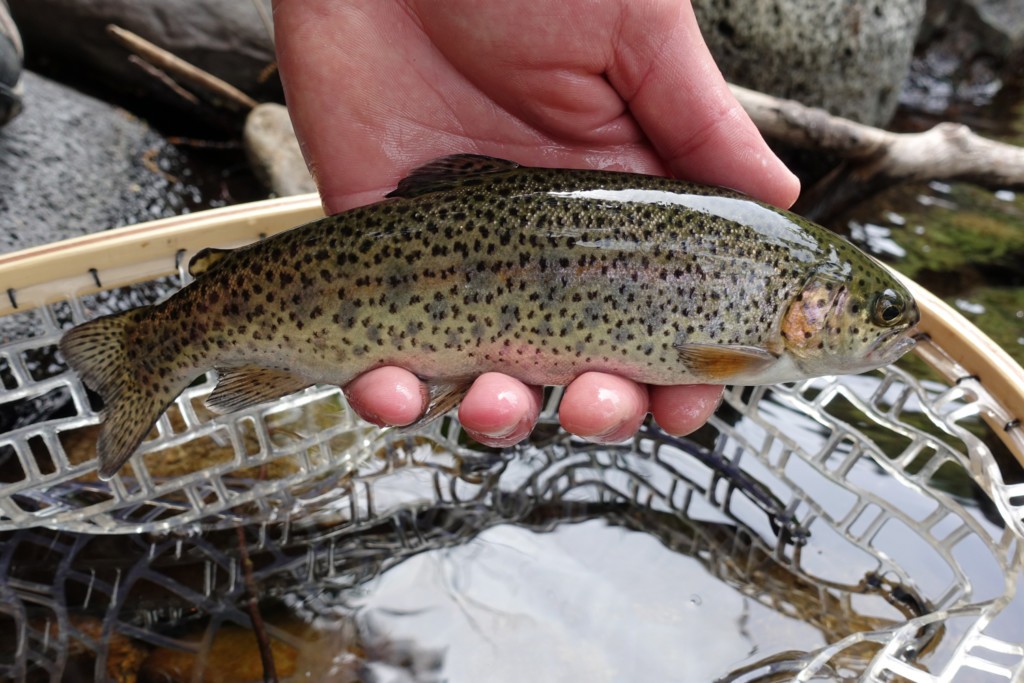