Two weeks ago we planned a trip to film in Northern New Mexico. And, while the trip was only to last three days Mother Nature didn’t seem to want us to fish. Unfortunately, horrid weather greeted us. With winds in excess of 50mph, other than a two-hour stint at Monastery Lake and an hour in the evening at Lake Maloya we struggled to find a place the weather would cooperate, and we literally covered 750 miles in attempt to do so.

Rather than relinquish the trip completely we opted to find a remote, high elevation canyon in attempt to duck out of the wind. Fortunately, we found Santa Barbara Creek and at roughly 9,000 feet near Santa Barbara Campground cooperation arrived. Wind still greeted us. Fortunately, it gusted even higher above the creek. 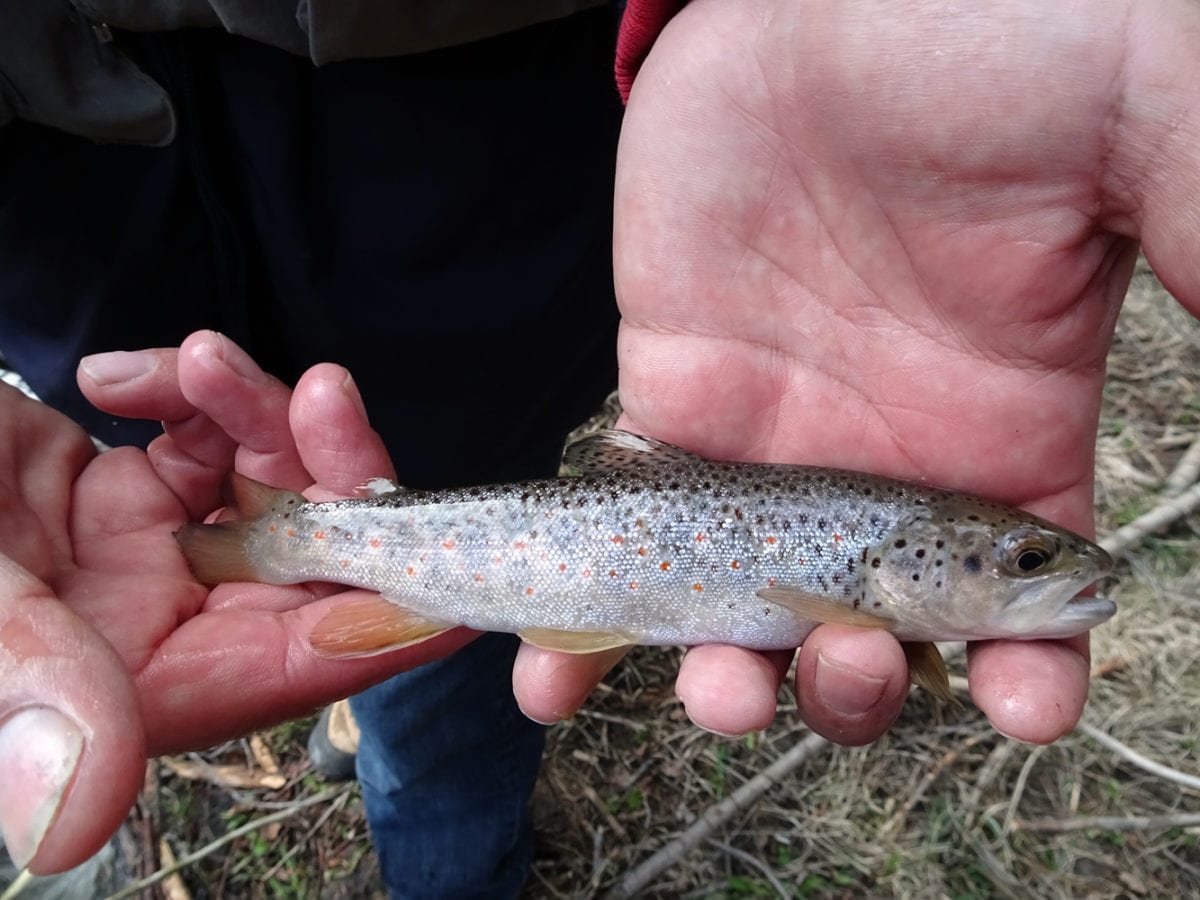 Santa Barbara Creek wasn’t on our radar. Meanwhile, with most of the lower elevation rivers and streams blown out or in high wind areas this retreat to the high country proved a viable option. A somewhat local fly shop told us trout hadn’t been planted in this area, but small, colorful wild browns were available. 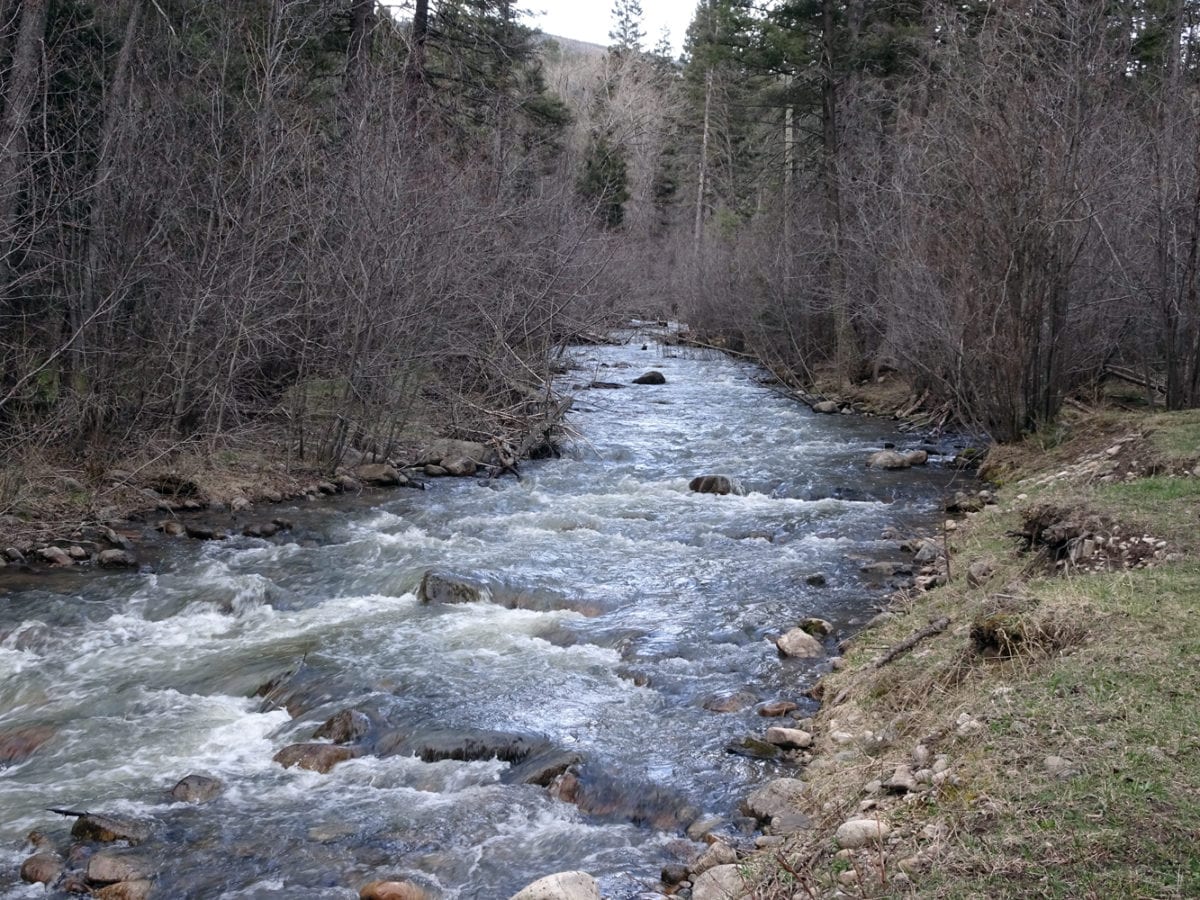 None of us had been to Santa Barbara Creek in the Carson National Forest before. At first sight it was clear we’d have to contend with fast moving and off colored water. Clarity could be calculated at about a foot. This was going to be a good test for our new eggs. Rather than drifting Gold Label, Premium and Green Label eggs, we left those in the car and only pitched the new Chartreuse Garlic, Pink Shrimp and Natural Deluxe. 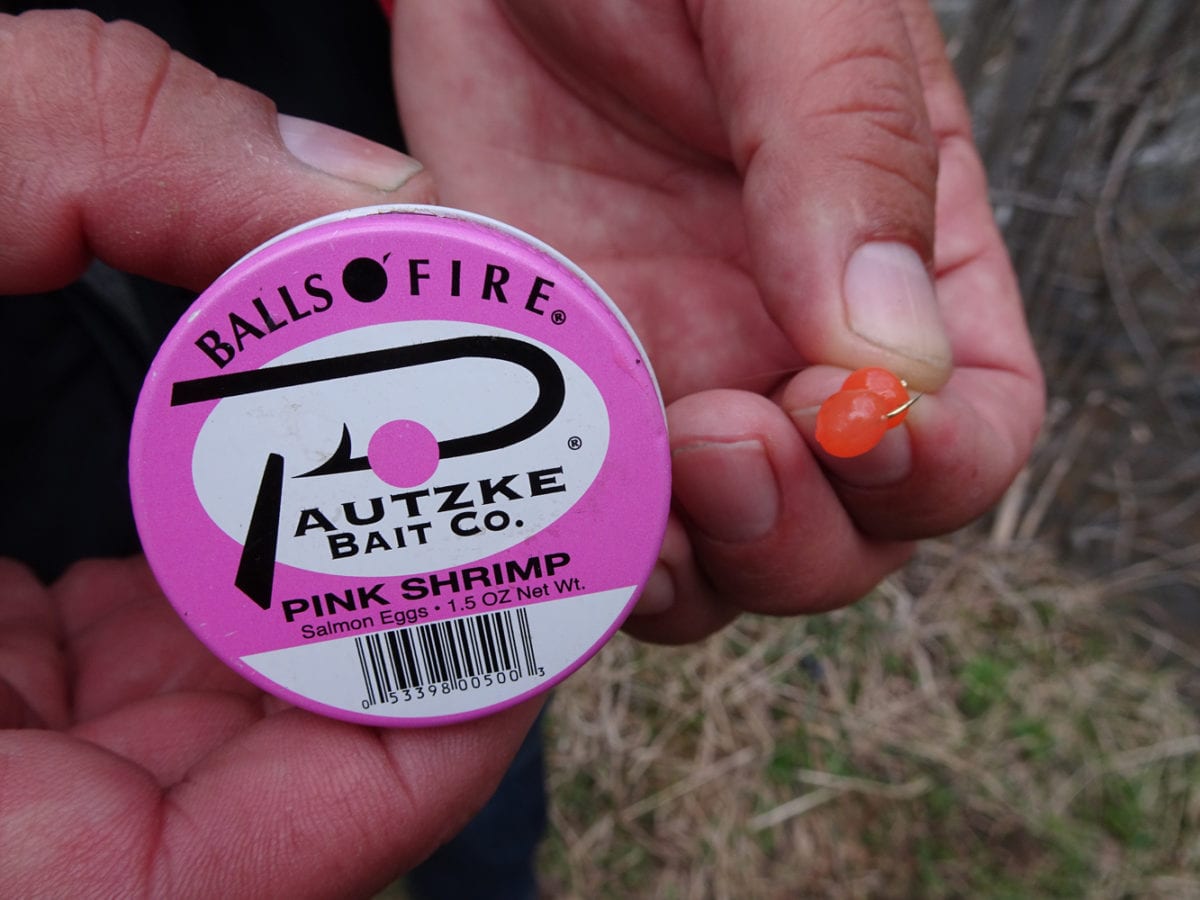 The first stop near Santa Barbara Campground didn’t yield a single strike. On the other hand, as we moved downstream action perked up. In fact, in the last hour of fishing we caught roughly a dozen wild browns, none greater than nine inches. Keep in mind these are wild fish. Similar to catching wild brook trout anglers shouldn’t expect big fish, but can count on vibrant colors, full tails and lots of energy.

With the stream running high the key was finding places where the trout could position themselves for food, while staying out of heavy current. This included undercut banks, small pools, behind boulders and eddies. We used four-pound fluorocarbon, but I’m not sure if that was completely necessary with how dirty the water was. Rather than loading a hook with a few eggs we found success using one egg at a time. Fishing it under a Trout Magnet float kept us from getting hung up and permitted the egg to float naturally through the system. 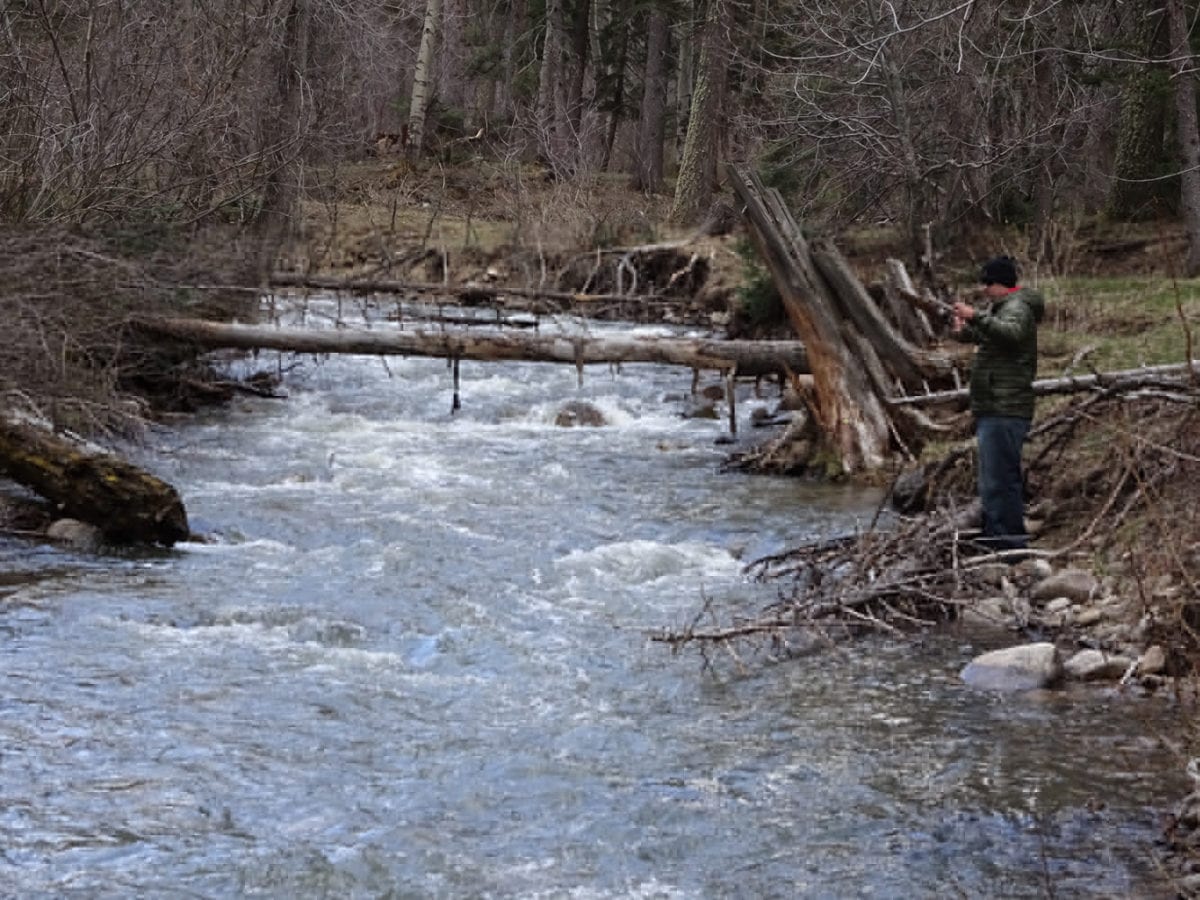 Editor’s Note: Team Pautzke filmed a short episode of Pautzke Outdoors at Santa Barbara Creek that will be live in June. All fish were caught and released. For more info on Santa Barbara Creek please contact the Carson National Forest 575-587-2255. Pautzke’s new Balls O Fire eggs are available in all Northern New Mexico Walmart stores and at Dick’s Sporting Goods. 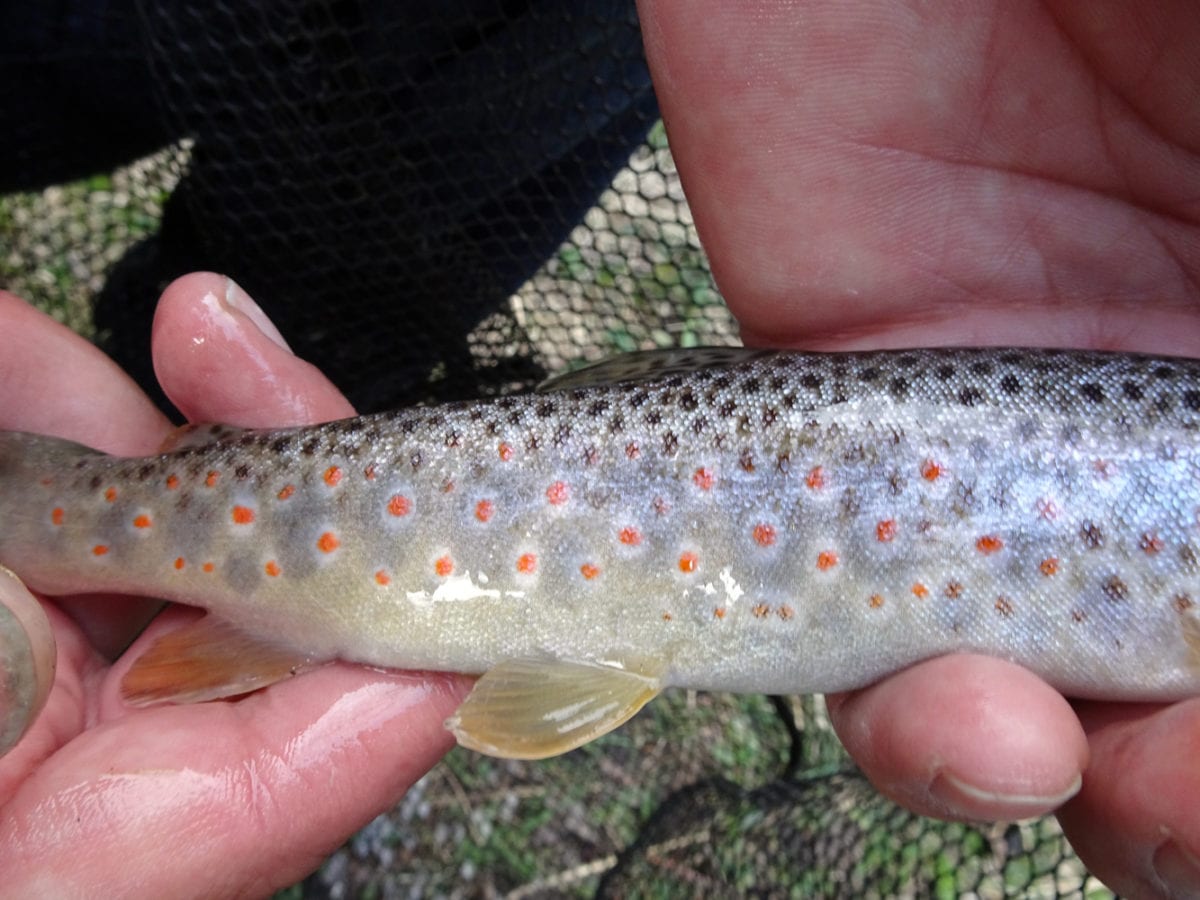