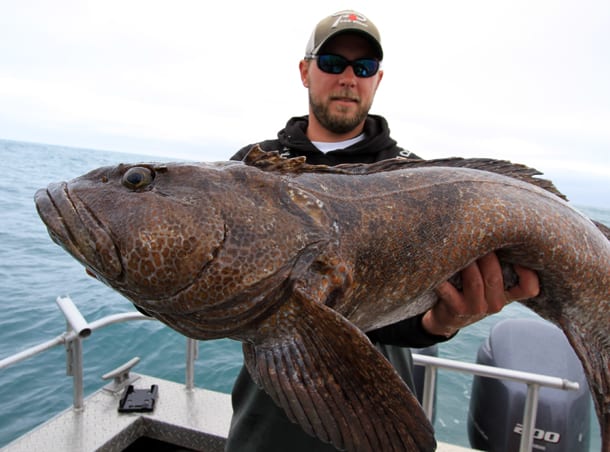 Last Tuesday we endured a 110-mile run from Seward, Alaska, down the rugged coast to a set of remote islands in search of lingcod, yellow eye and rockfish. The boat ride took roughly five hours in open ocean. Fortunately, the swells weren’t bad. From the moment we left the dock there was a medium size white bucket on the floor in the back right corner. It rested near Pautzke pro John Albrich’s feet and quickly became a symbol for the trip.

The bucket wasn’t allowed in the cabin. It stunk. In fact, I didn’t dip my hands into it once. Albrich dug his hand into the red stew soaking whole and cut herring. It’d been soaking for 24 hours. The red stew was two bottles of Pautzke Halibut & Rockfish Nectar marinating our bait. Along with herring floating in Chartreuse Fire Brine, those two baits were to be tipped on Kodiak Custom Tackle jigs and dropped on top of pinnacles in search of trophy bottomfish. 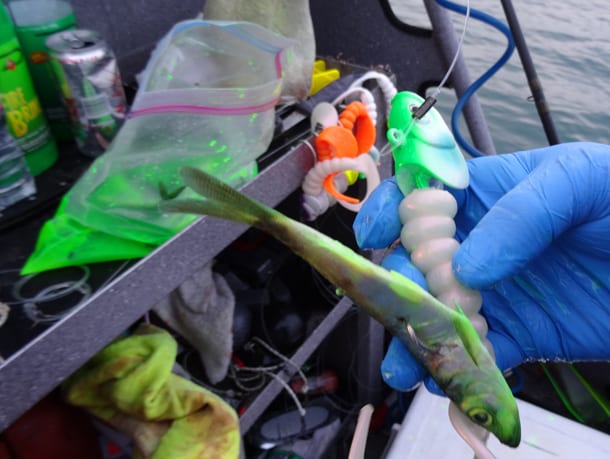 For the first half of day one, while filming Pautzke Outdoors, the bucket and Ziploc remained in Albrich’s possession. I, armed with a video camera, was pinned on Albrich nearly all day, watching him reel in fish after fish, while our other angler (keep in mind, fellow pro Luke Haman of Kenai River Guides was driving the boat) wasn’t getting bit, other than a few small rockfish. 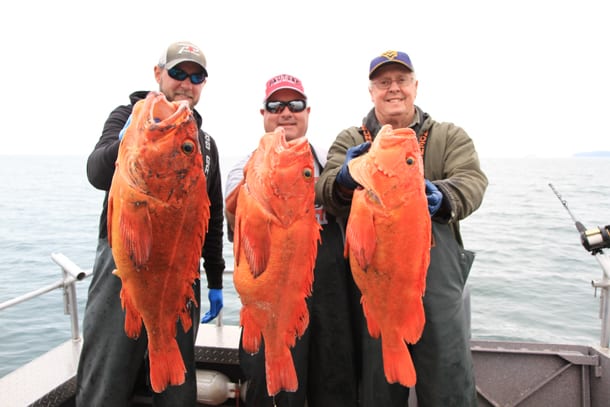 Albrich’s counterpart didn’t want to use bait. He was a firm believer a jig was enough. However, Albrich success finally wore on him.

“Slide that honey bucket on over here, son,” he said to Albrich. “Why don’t you share some of that candy you got? I might be old and stubborn, but whatever you are using is working. Spread the love.” 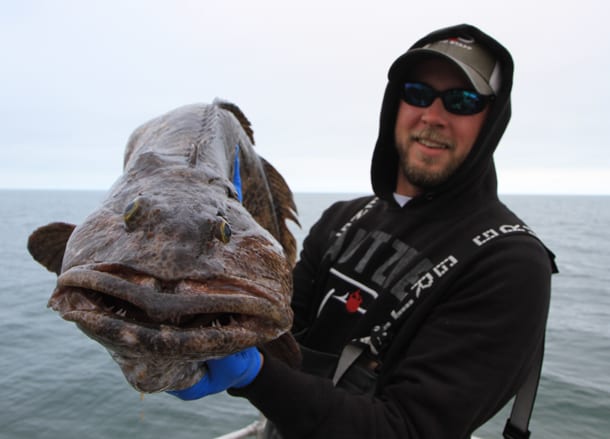 Albrich was happy to share, and did. In fact, the duo switched off using the Halibut & Rockfish Nectar scented herring and Chartreuse Fire Brined baits, and couldn’t keep the rockfish, lingcod and rockfish off their lines. The scent was doing it job. And, the glow and UV the chartreuse emitted was incredible. While keeping a few for dinner we caught and released dozens of lingcod, most of which seemed to flirt with that 35-36 inch range, a half-inch too small to retain. Regardless, action was non stop. 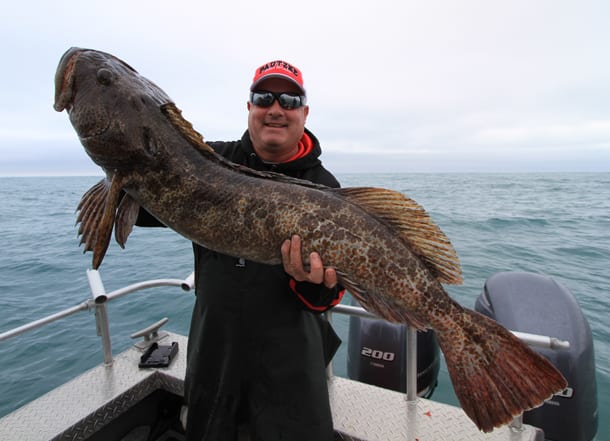 In fact, we had exceptional video of this through our underwater Go Pro, but unfortunately, rough seas took it overboard on our ride in. Still, it was an epic two night overnight on the 30-foot Gulf Explorer. And, fishing was so good that Haman and I even got to catch a few after we got the footage we needed for our newest episode of Pautzke Outdoors. 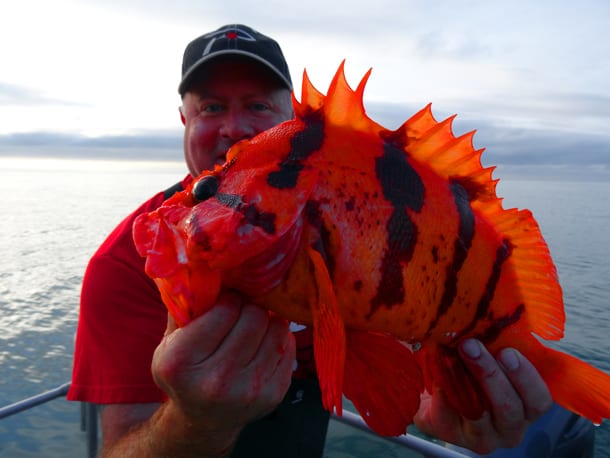 Keep in mind none of us had fished these waters before. While Haman is one of the best anglers I’ve ever fished with, he’s fishes less than five days a year in the salt and this was new to him, too. This wasn’t a guided trip, rather a gamble, which speaks volumes to the success we had.

Editor’s Note: Chris Shaffer is the Director of Operations at Pautzke. The episode of Pautzke Outdoors will be released in September. 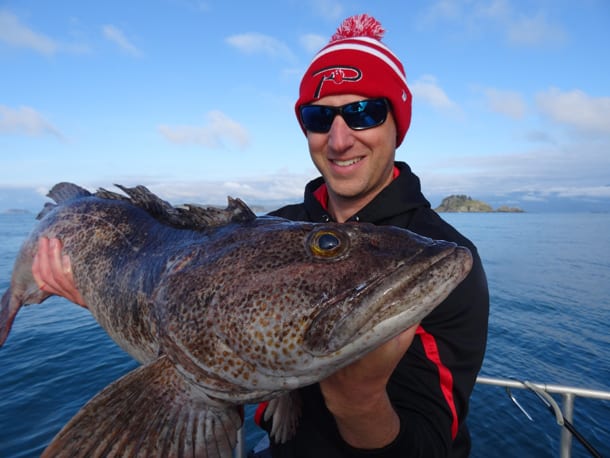