Normally this time of year I spend Sunday on the couch watching preseason NFL games or catch and release steelhead fishing on the Clearwater River. However, Sunday I found myself trout fishing along the Richardson Highway, feet from the Great Alaskan Pipeline. We’d driven two hours east of Fairbanks and past Delta Junction into what felt like the middle of nowhere. In fact, road signs showed the next town roughly 75 miles away.

I was still giddy from the day before when I caught my first Arctic grayling in the Chena River State Recreation Area when we turned off the pavement onto Coal Mine Road in search of one of many stocked trout ponds. At the time, the weather was somewhat fair. In Alaska, however, weather changes quickly. 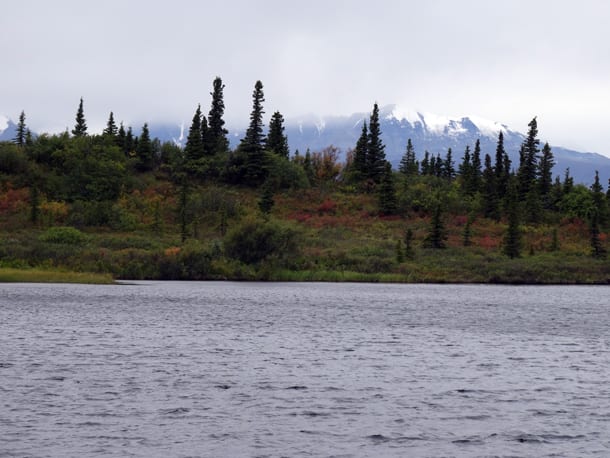 We drove underneath the pipeline, through deep puddles of mud and were forced to stop at a fork in the road or risk damaging the rental car on the four-wheel drive road. The junction put us a mere 50-yard walk from the shore of Backdown Lake, a small pond that a brochure told us had been stocked with fish. In front of us stood a stellar view of towering mountain peaks and a storm that was confiscating the panorama of snow capped peaks. 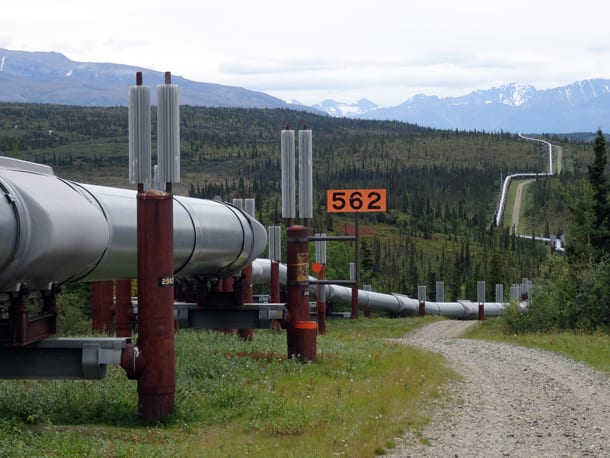 Literally the minute I rigged our rods and opened a jar of Pautzke Premium salmon eggs storm clouds engulfed the range, and 25-mph winds gusted at us. This dream trout fishing trip was in question. My first overhead cast was caught by the wind and ended up in the trees behind us. Fortunately, we found a way to use the wind to our advantage and braving the cold we caught rainbows on nearly every cast. 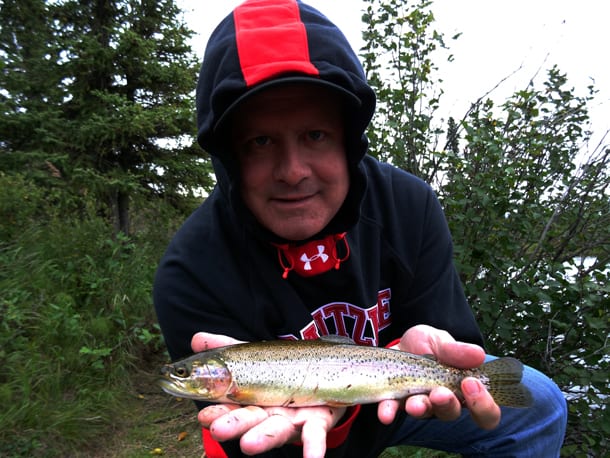 I was with Pautzke Director of Operations, Chris Shaffer and I could tell he was nervous. We’d flown to Fairbanks and spent a lot of cash to film an episode of Pautzke Outdoors catching trout in remote parts of Alaska. The weather was turning quickly and we weren’t prepared. We had sweatshirts, rather than cold weather gear. Fortunately, it didn’t take long to get the trout to bite. 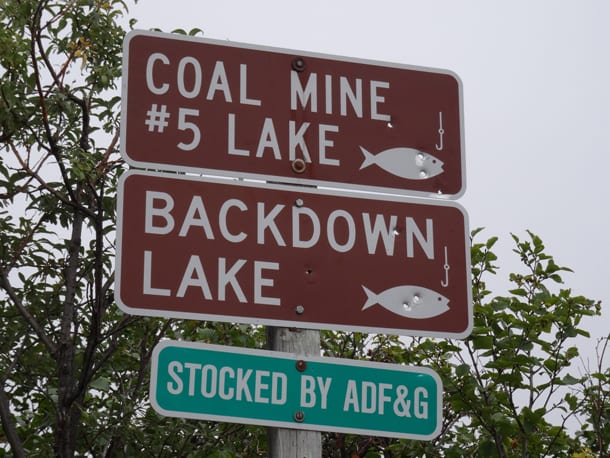 There were plenty of trout around. We were briefed earlier and told the Alaska Department of Fish and Game stocked at least two species of fish in most of the lakes off Coal Mine Road. Considering the short growing season, we figured the trout were going to be small. Therefore, I tied four-pound Maxima Ultragreen onto small spinning reels and rigged them with size 12 Gamakatsu single egg hooks and two Premium (Red Label) salmon eggs. We fished them under old school red and white bobbers and split shot 18 inches up from the hook. 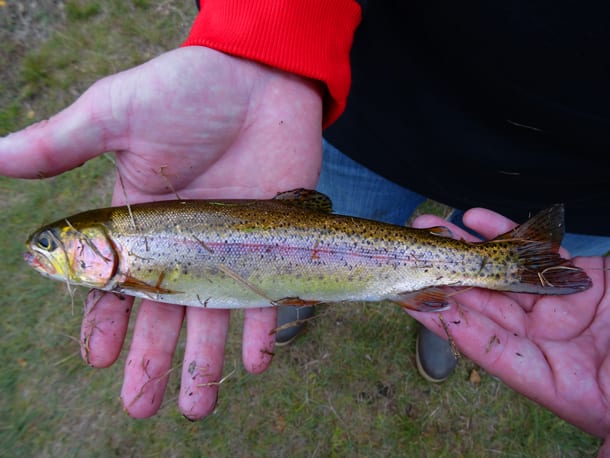 What I think was happening was the wind was blowing so strong (at our faces) that the trout had moved to the shoreline we were standing on as food was being blown at us. We’d cast the bobber carefully between gusts and the wave action moved the eggs through the strike zone attracting trout. We didn’t even have to reel. The wind moved the bobber toward us and enabled it to cover water and drift past eager trout.

Eager they were. While we only caught rainbows, they came on every cast. (Arctic char are also stocked, we read.) Even when we switched to floating Mountain Wildfire and Rainbow FireBait, we got bit. All of the rainbows were vibrant. Instead of the silver shiny scales I’m used to seeing they had a golden hue to them. These fish were feisty with a ton of energy for being so small. 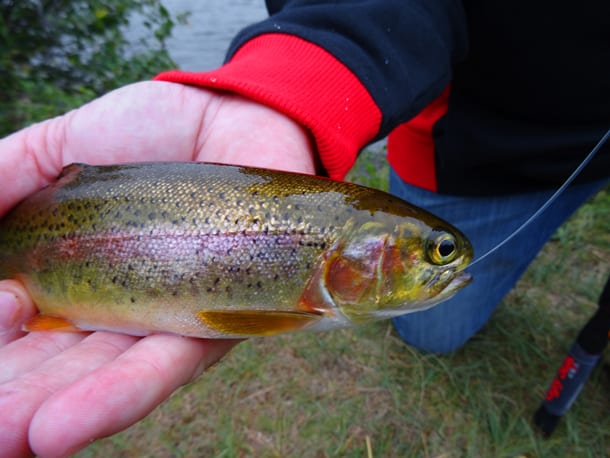 Though the fish weren’t the largest, it was still an amazing experience and a blast on light tackle. I found this to be an ideal place to take the family camping, catch trout for dinner and enjoy the wilderness, not knowing what would come first: a moose or herd of caribou walking by or another bite. 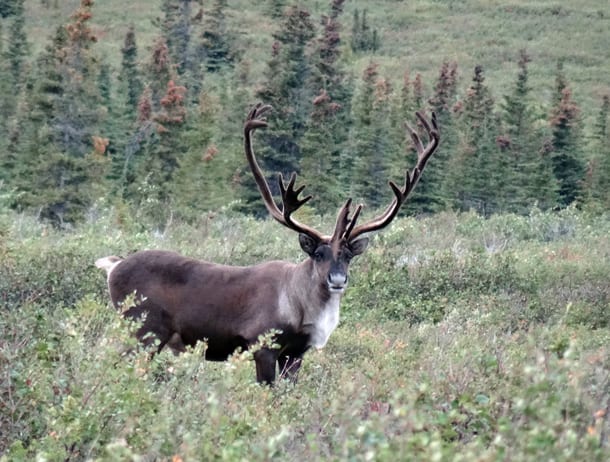 Editor’s Note: John Albrich is an Idaho steelhead/salmon fishing guide. He’s been to Alaska annually for more than a decade. This was his first trip to Fairbanks. Coal Mine Road is roughly 22 miles from Delta Junction, Alaska. When in Delta Junction Albrich recommends eating at Buffalo Center Drive-In.