Last year was one of our best silver runs in the last decade. This run started out slow, but it’s been very good the past week and should continue. It’s hard to say what’s going to transpire, but there’s no reason why the run shouldn’t be a good one. I’ve been catching limits, two trips a day.

We’ve had a ton of rain on the Kenai Peninsula in mid August, which I think slowed the start of our silver run, but fortunately the river has come down and there’s plenty of fish now. 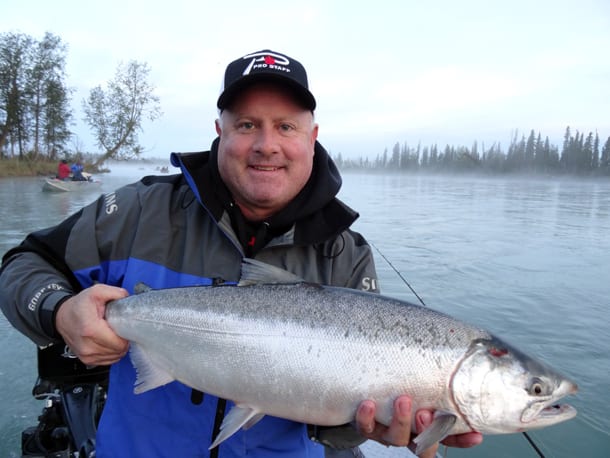 Normally, it would have peaked last week, but I think due to several factors the silvers came in a little later this year. The river is slightly warmer than normal and that could have affected things. And, keep in mind, the river was at flood stage for a week. In fact, some areas (the Kenai Keys area) are still at flood stage. We had a deluge of rain that started August 8 and ended August 16.

For all we know the silvers could have been in the river and maybe we just couldn’t get to them because of the high and muddy water during the time we were getting the rain. The watercolor is still off, but definitely fishable now and there’s lots of fish in the lower river. 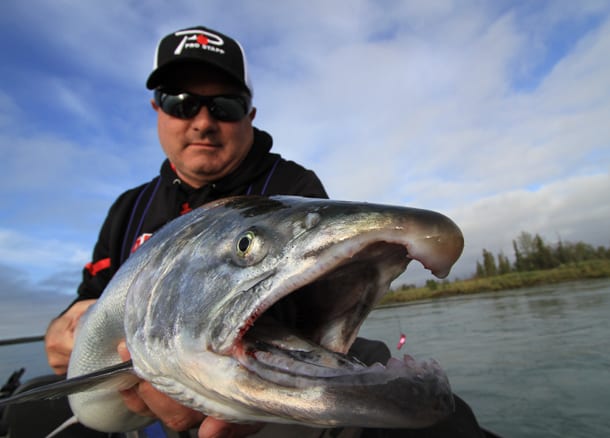 Throughout August, I’d focus on the tidewater, basically the first eight miles of water. Once the train of fish slows from the ocean you’ll want to move upriver. I’d fish mid-river starting in early to mid September, but right now we are focusing on the lower river.

On a positive note, the average size silver is larger this year that we’ve seen in the past. They normally average 7-10, but this year they are more in the range of 8-11 with a lot of 14-15 pounders. And, keep in mind, this is our first run of silvers, which historically are smaller than our second run of silvers that traditionally arrives in September. 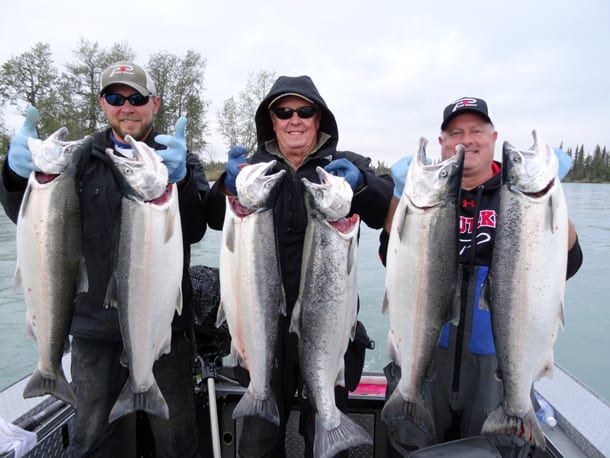 Due to the large number of pink salmon still in the river I’m fishing eggs exclusively. If I tried to fish plugs right now, the pink wouldn’t leave us alone. For some reason the pinks aren’t big into grabbing eggs, which is great because we don’t want to catch them. Therefore, fishing eggs increase the odds of catching more silvers and avoiding the pinks.

For the foreseeable future, I’ll be running Pink Fire Cure eggs. I like pink because our visibility is low and you want something bright. Silvers like bright stuff, which is why pink cure works so well. I’m using pieces from quarter to half-dollar size and fishing them with tandem 2/0 Gamataksu octopus hooks. With visibility low we can get away with running 20-pound P-Line CXS. 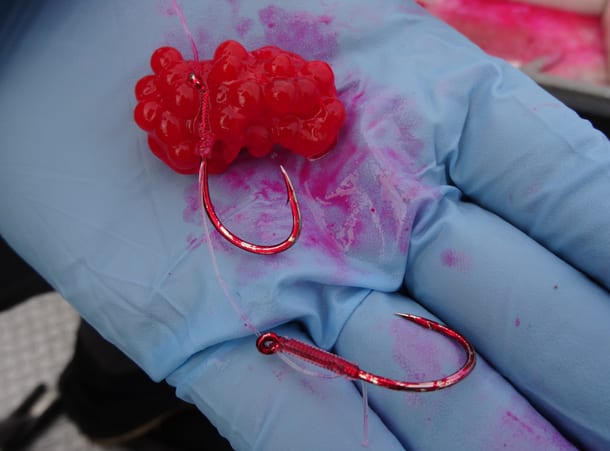 I avoid slow water because it’s loaded with pinks, but anywhere from 2.5 to five feet of water is ideal. They don’t like deep water and you want some current to keep the pinks away. Remember, you aren’t going to find silvers in slow, deep water. 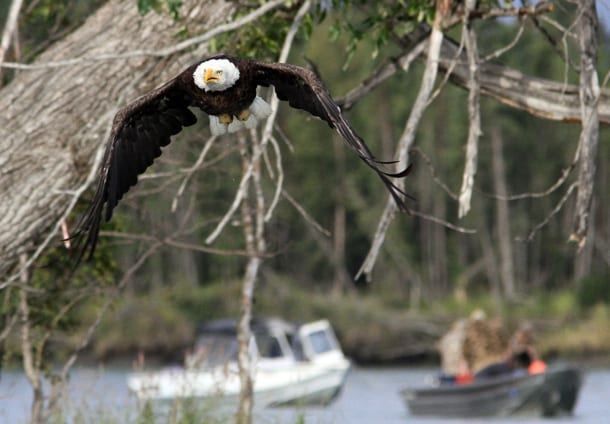