Loons interrupted silence all morning. Otherwise, the calm, mirror-like Birch Lake surface exploited where trout were jumping. Many trout leaped consecutively, and from all directions. We were having a blast trying to cast towards them when a voice from 50 yards behind us encroached on the action.

“Are you guys using bait?” said the man fly-fishing from a pontoon around one of Birch’s tiny islands. “I’m guessing you are catching a lot of rainbows. My buddies and I had this lake to ourselves before they put the rainbows in here. There’s a ton of them now. And, a lot more people. This is a Wednesday and it’s packed.”

By packed, he meant five fishing boats, a half dozen people on the bank near the primitive launch and he and two buddies casting flies from inflatables. Prior to that, he said, the lake belonged to he and the other two locals, even on the weekends. By the time we left a few more trucks with car top boats had arrived. The once underutilized lake was now an attraction, one that served fun and good memories to everyone. 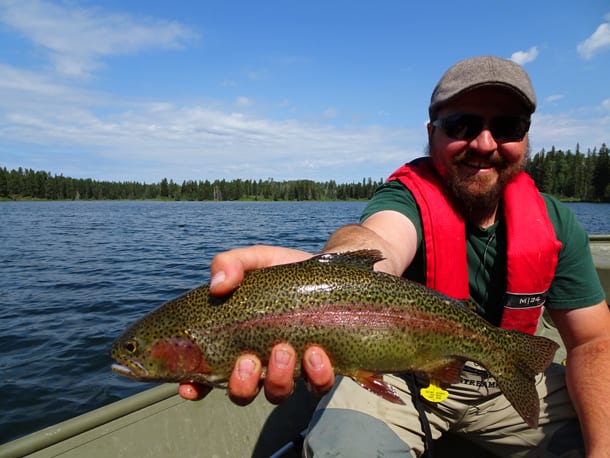 A few years ago, brook trout were the dominant species. Meanwhile, fish stocking and opportunity improved when brown and rainbow trout were added to the mix. The multi species lake now draws anglers from Calgary, Red Deer and Edmonton. This was the first lake in the province stocked with three species and popularity ensued. And, while a few fly guys were irked by more peers taking advantage of the resource a few dozen others were thrilled and holding hope that more of Alberta’s stocked water bodies become multiple species lakes.

Heavy plants have sprung popularly at this lake fewer than 30 minutes from Rocky Mountain House. The Alberta government fish stocking program released 3,500 rainbow, 5,000 brook and 500 brown trout into the small lake this spring. All averaged 22 cm and have already put on a few more. These fish join previous year’s stockings. Those fish are much longer. 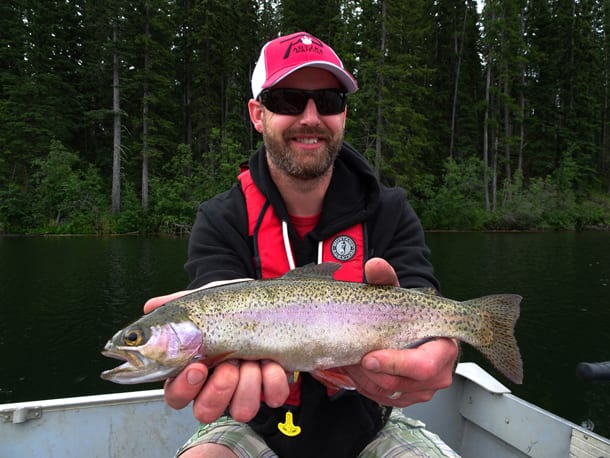 Anglers can bring boats on Birch. Most days you’ll find canoes, rowboats, car tops with electric motors and pontoons taking advantage of the resource. While there isn’t a ton of real estate for bank anglers the area near the parking lot offers shore access. There’s something for every type of angler whether you toss lures, flies, bait or simply want to paddle around. 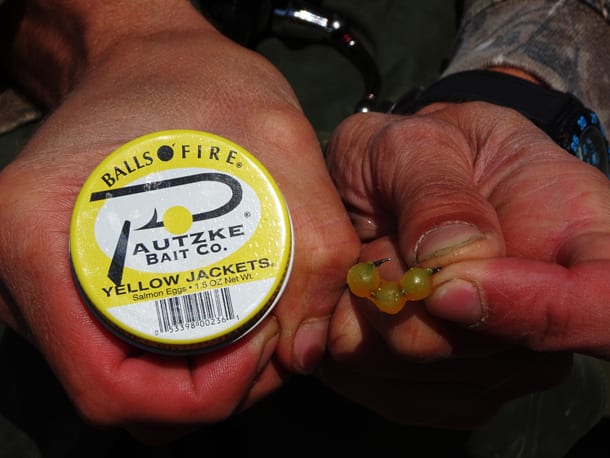 Even as warm as it’s been in Alberta this summer trout remain in the shallows. While anglers are finding brook and some browns in deeper water, beefy rainbows can be found cruising the shoreline tight to the wooded bank. At this point in summer the lake is extremely weedy, but don’t let that discourage you. Floating eggs in open water between the weeds brought constant success to us. And, don’t shy away from sneaking back into the coves. While they can be spooky back here many of the chunkier bows are meandering in the shallowest water you can find in search of bugs. 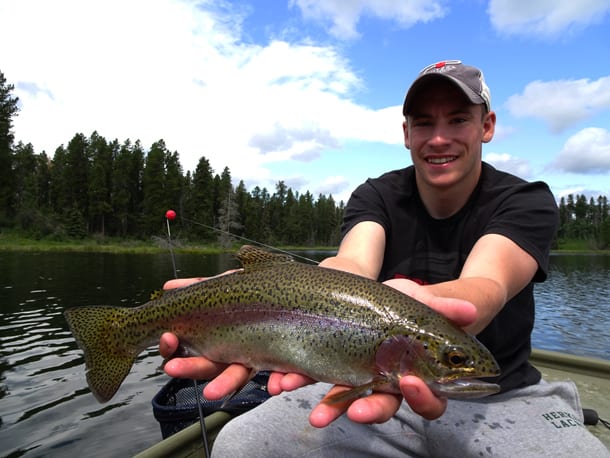 Our success came exclusively on eggs. The first morning Yellow Jackets and Orange Deluxe proved worthy whereas Silver Label and Gold Label eggs took the prize the following morning. We learned that when the sun was low or cloud cover loomed natural eggs worked best (orange and yellow). When the sun was out the glitter in the Gold and Silver Label eggs provided enough attraction to lure trout in. 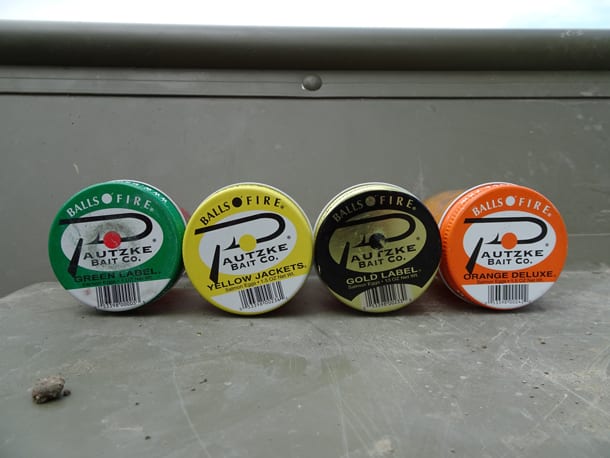 This year’s fresh planters are pan size. However, previous years fish had grown almost double that size and displayed magnificent colors. Getting in on the action doesn’t take much effort. Any lightweight spinning rod and reel rigged with four-pound Trilene gets the job done.

Personally, we used Eagle Claw Lazer Sharp Size 6 salmon egg hooks and small Water Gremlin split shots. Some of the guys used a slip bobber system. On the other hand, the old school red and white bobber worked great. The key with the bobber is enabling the eggs to float off the bottom and out of the weeds rather than to sink where trout can’t get them and you’ll get snagged. 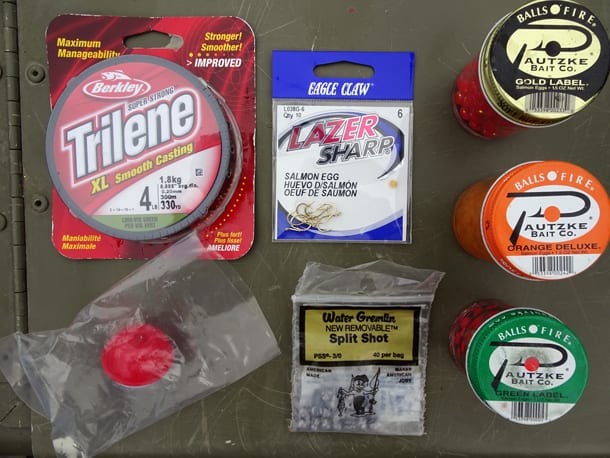 Editor’s Note: The largest city near Birch Lake is Rocky Mountain House. However, services are available in Caroline. Anglers may keep three trout per done, only one of which can be a rainbow. Fly fishing, lures and bait are legal.