So far it’s been a decent year in Tillamook Bay and our tidewater. We’ve had highs and lows. There have been large waves of fish and there have been some days where they haven’t bit as good. With that said there’s still fresh fish on the way and we’ll be salmon fishing here on the Oregon Coast for another two months.

Unlike last year when we were in the bay and tidewaters until the end of October before we saw any rain this year has been wetter. The early rain has brought an influx of water and already started to draw salmon into our coastal systems from the Central to the Northern Oregon Coast; all the way from the Siletz to the Nahalem, and everything in between. It’s no secret where there’s salmon around here. 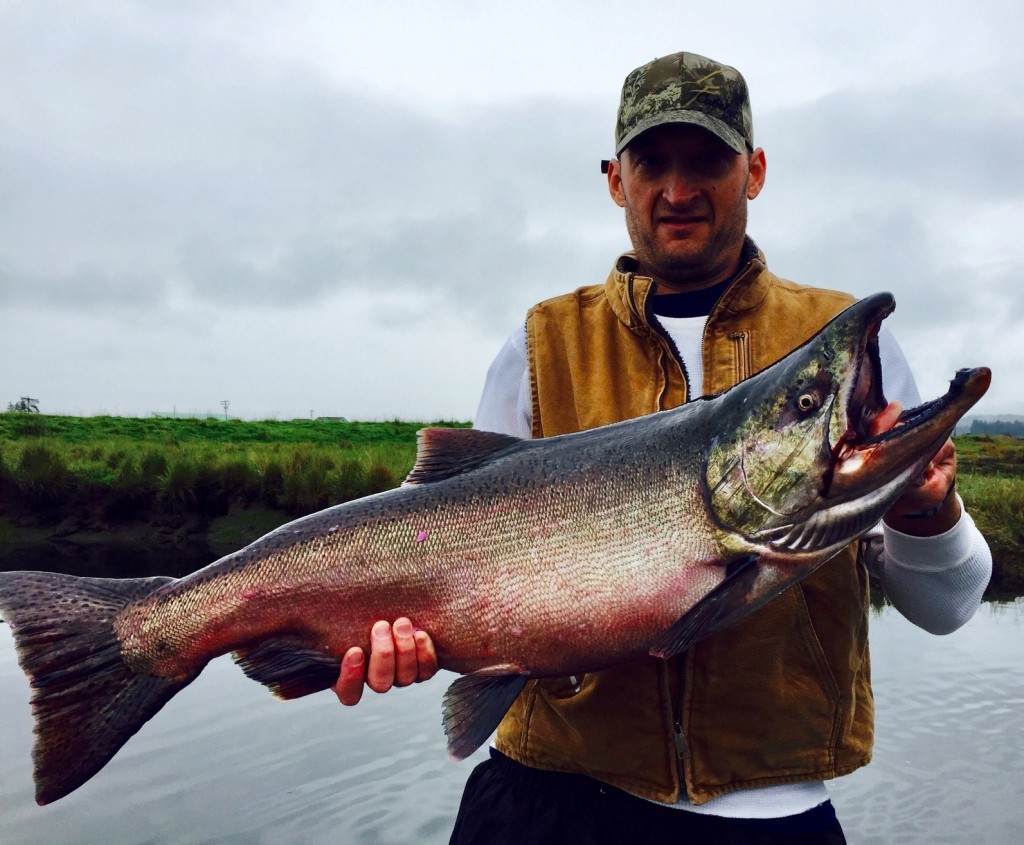 There will be fresh coming in through November. This last week, however, I’ve been seeing some darker tidal fish that have been hanging out between the tidewaters and the bay so some of these have also been here for a while. There’s been some larger fish around, but most have averaged 18-25 pounds. I’ve also been getting a few larger than 30 pounds. I haven’t broke 40 yet this year, but hope to soon. 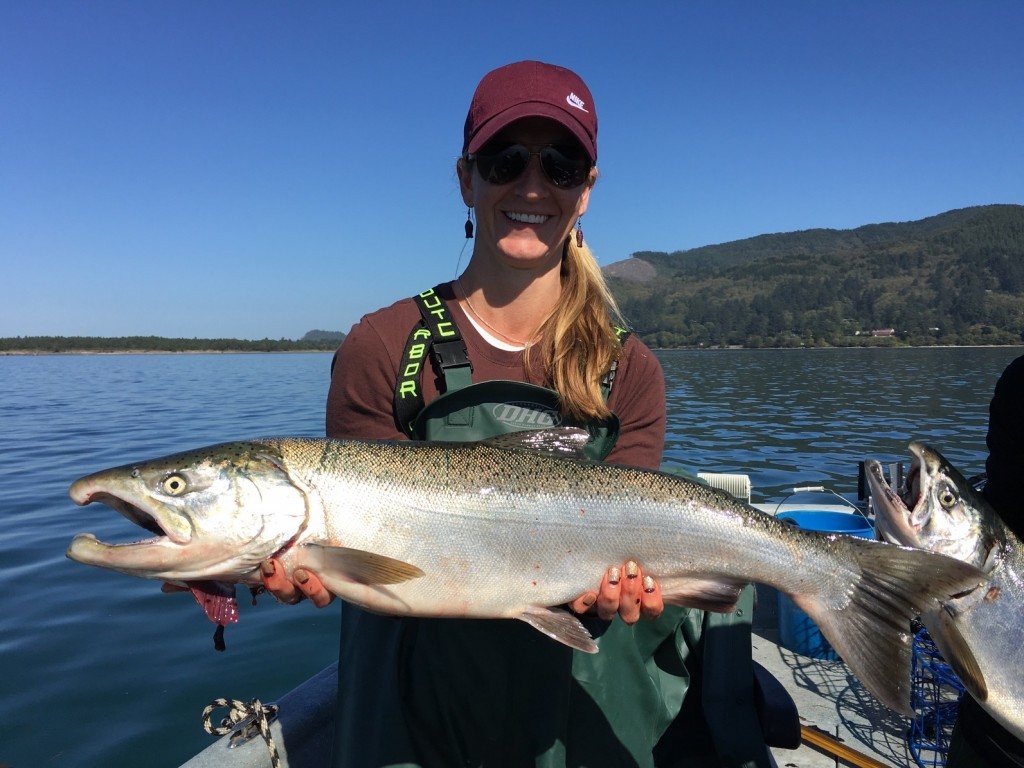 In the bay I’m trolling a Yakima Bait Fish Flash with cut-plug herring and also some spinners. Unlike many anglers I don’t want my bait to overbearing. Instead I’m brining the herring in Chartreuse, Blue and Natural Fire Brine and only hoping for a little color on the bait and it’s been working well for me. I tend to use herring when the water temperature is 54 degrees or colder and it’s about that right now. Meanwhile, if the water warms up I’m running spinners. Realistically, we shouldn’t see our water warm between now and the end of the season. It’s bait time. 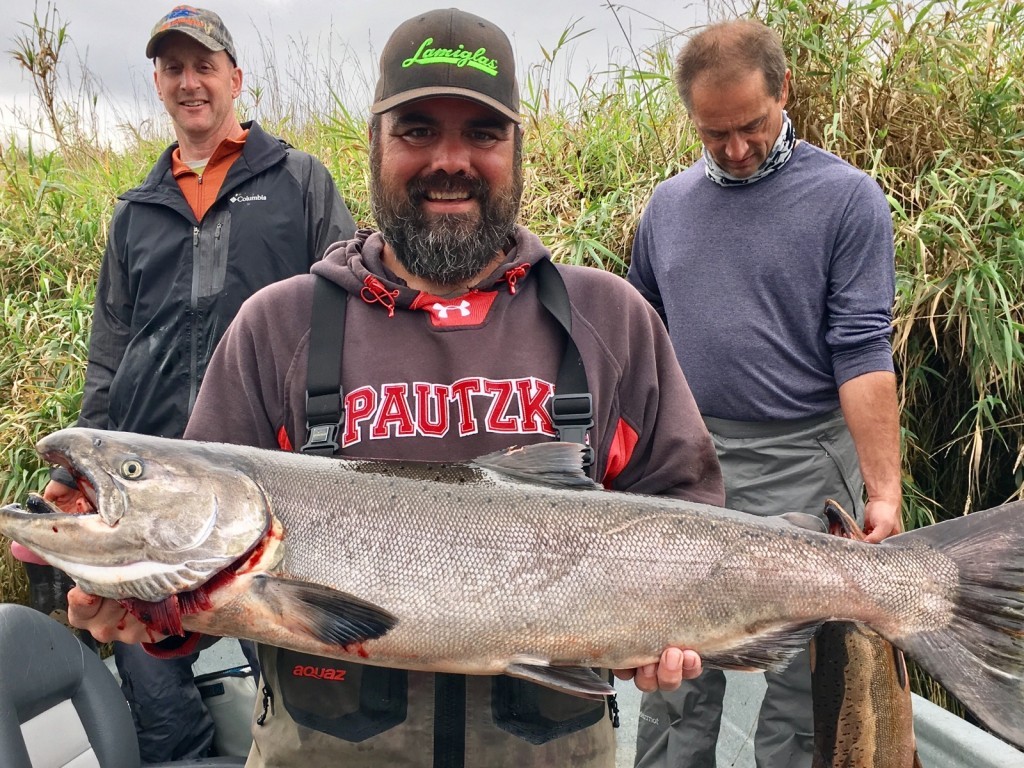 In the tidewater I’ve been bobber fishing with tuna that’s cured in Blue Fire Brine and my Kitchen Sink eggs too, which as you know are eggs cured in a mix of Red BorX O Fire, Red Fire Brine, Red Fire Brine, Fire Power and Red Nectar. I’m putting the cured tuna, eggs and sand shrimp together and floating them under a bobber. To learn how to do this please see the blog I did last year: 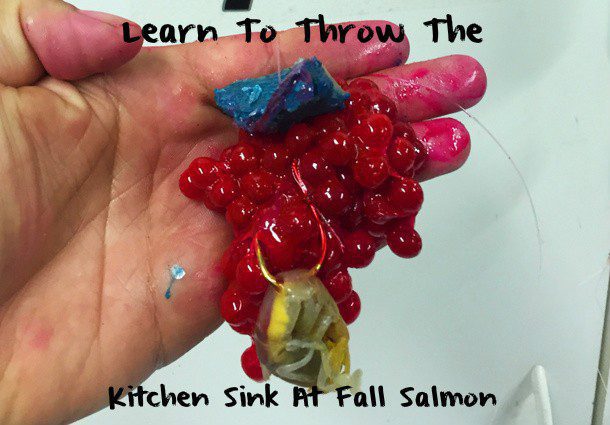 I’ve also been catching fish on jigs and tip them with sand shrimp or a piece of cured tuna. I normally have a few casting rods to throw pink and silver and chartreuse and silver spinners as well. 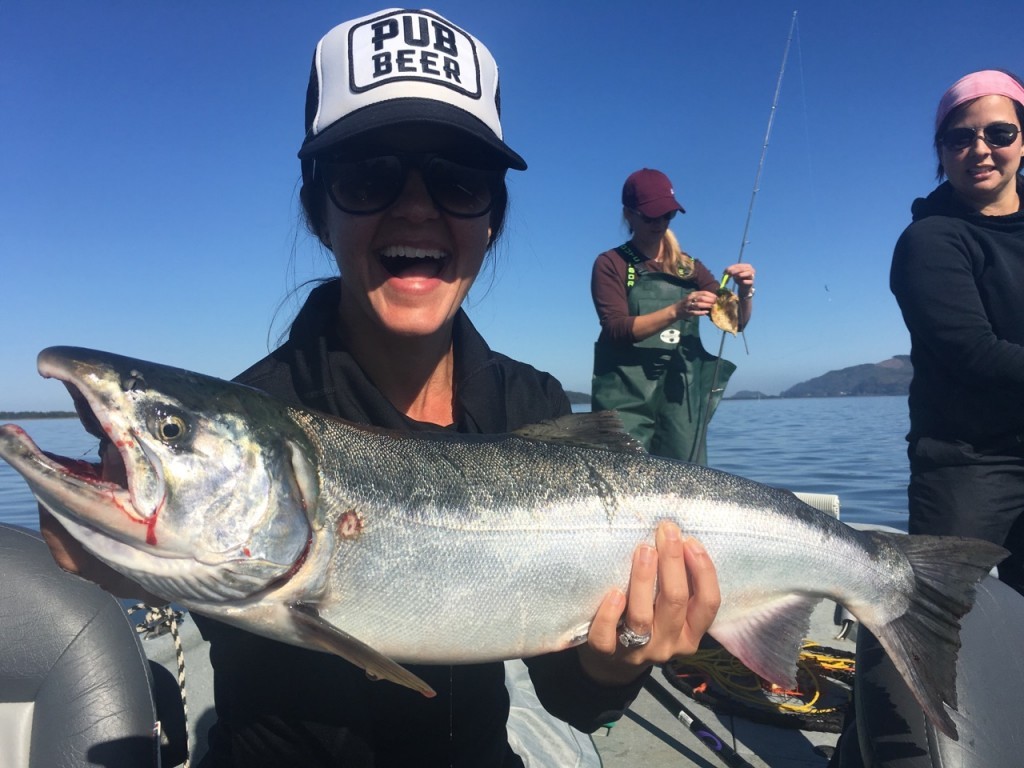