With Buoy 10 still slow to kick off and anglers having to work hard for bites in the Columbia River I’m running offshore and finding fair to good action daily. Action has been consistent offshore with a mixture of Chinook and mostly coho showing.

The coho we are seeing are much larger than we are used to. They average 12-13 pounds, but we’ve caught them to 15 and heard of them up to 18 pounds. By the time these coho come into the river there will be some 20 pounders caught, which is outstanding.

So far I think it’s a down year on catching. However, that last five days it’s been an incredible bite. For whatever reason I’m getting the feeling the fish are way far out in the ocean rather than in close. I think the salmon are staging offshore and waiting to come in during optimum water conditions. What those conditions will be I’m not sure, but I know I’m not finding them in close and do see them daily offshore chasing bait.

I can take a guess as to what’s going on, but I’m not sure. What we know is the water is super dirty in close to shore on out to 200 feet. Lately, to catch salmon we need to get out in 300 feet of water where there’s green water. Most summers we are fishing in pretty close, but this year we are running 12 miles, or more, offshore. Most of the coho are 10 miles, or more, offshore still. Those that are running are getting them, but you have to run a ways. In close the water looks like mud and there are jellyfish everywhere. In fact, the beaches are littered with jellies.

These fish need to come in, but we are going to let this pattern ride until it bucks us off. I’m planning on fishing the ocean as long as weather allows me to, so into September for sure. Normally, we are close to the ocean quota by this time (Oregon and Washington have separate quotas). Meanwhile, we are still have a lot of fish to go, which means two things: we are either catching less fish or less guys are fishing in the ocean. My gut tells me there are fewer anglers in the ocean because the fish are so far offshore. Most anglers don’t want to run that far. 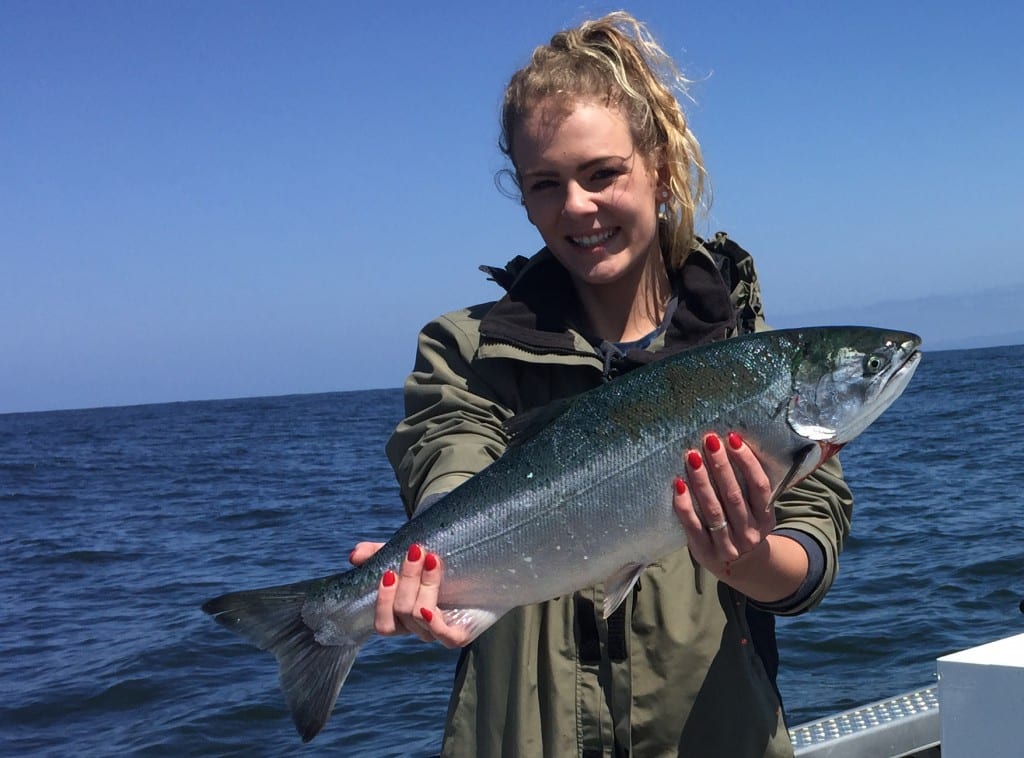 Unless fishing changes in the river dramatically I’ll continue to go out in the ocean. There’s too much pressure in the river and not as many fish yet. The bulk of the Chinook are running along the beach as we are only catching a few a dozen miles offshore. They aren’t huge fans of dirty water either, but they are powering through it and getting in the river.

Coho don’t start coming into the river until the end of August. There are tons of them in the ocean right now. When I find the fish offshore it’s been a feeding frenzy the last five days. You can barely keep bait in the water. I hoping that bite continues daily. 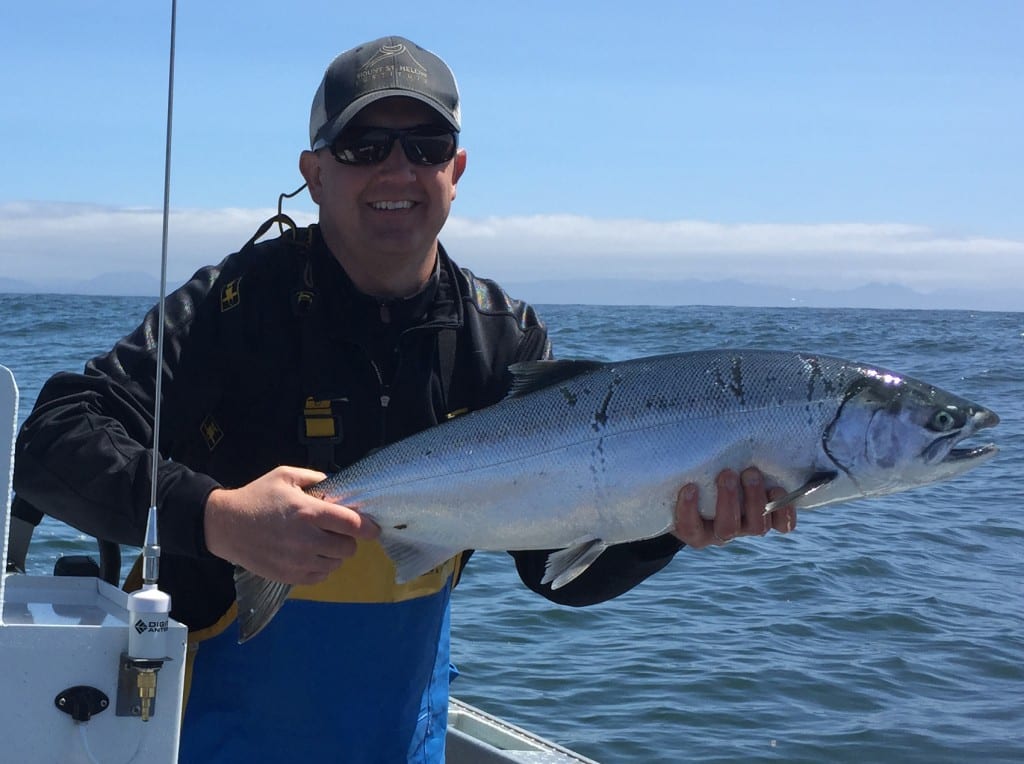 We’ve been catching the fish the same way for a few weeks now. We’re trolling herring or anchovies with divers or lead. Of course, I’m brining all my baits in Natural Fire Brine when I’m in the ocean. These salmon are feeding on those bait fish. The brine shines these baits up and brings them back to life. We’re fishing them on TroKar TK 400 Octopus hooks, with 65-pound Power Pro as a main line and a 40-pound Maxima leader. I like running thicker leaders because you get more time out of them. They aren’t line shy. 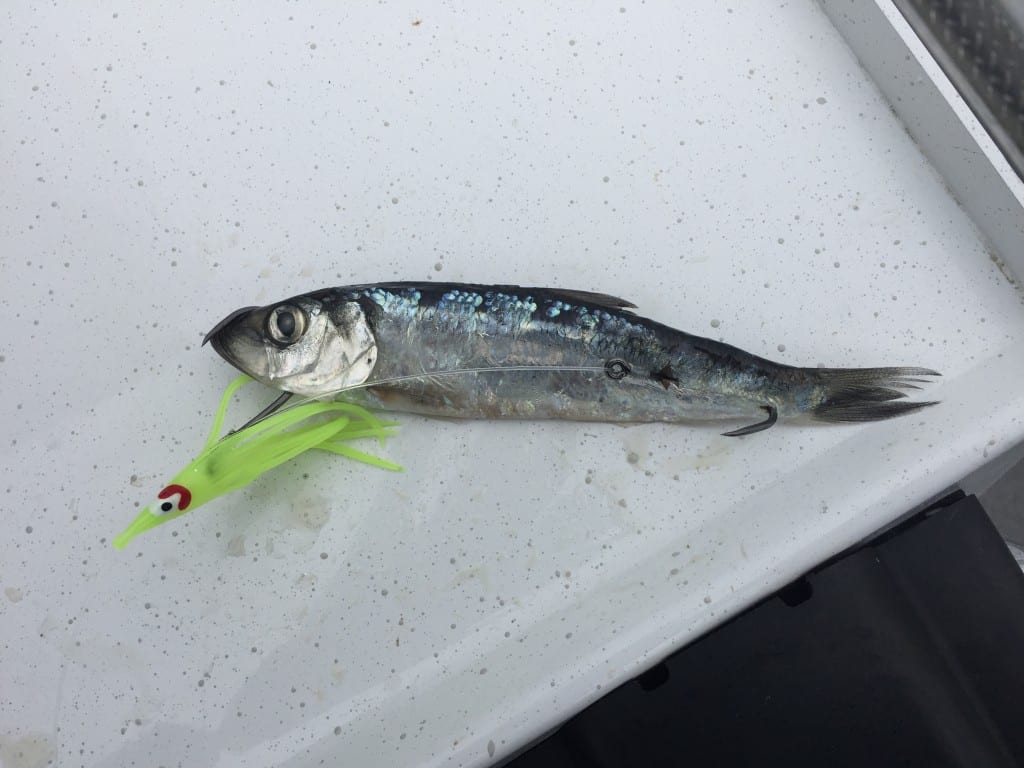