It’s no secret that the Blackwater River is one of West Virginia’s most treasured trout fisheries. Located roughly an hour from Elkins this well-known river is inches from Davis and Blackwater Falls and receives heavy stocking to the beat of roughly 20,000 fish each year. Trout plants are well underway and more are coming soon.

“The Blackwater has already been stocked twice this year and is due to receive a second February stocking before the end of the month,” said Jim Hedrick of the West Virginia Division of Natural Resources. “Starting in March it should receive weekly stockings.” 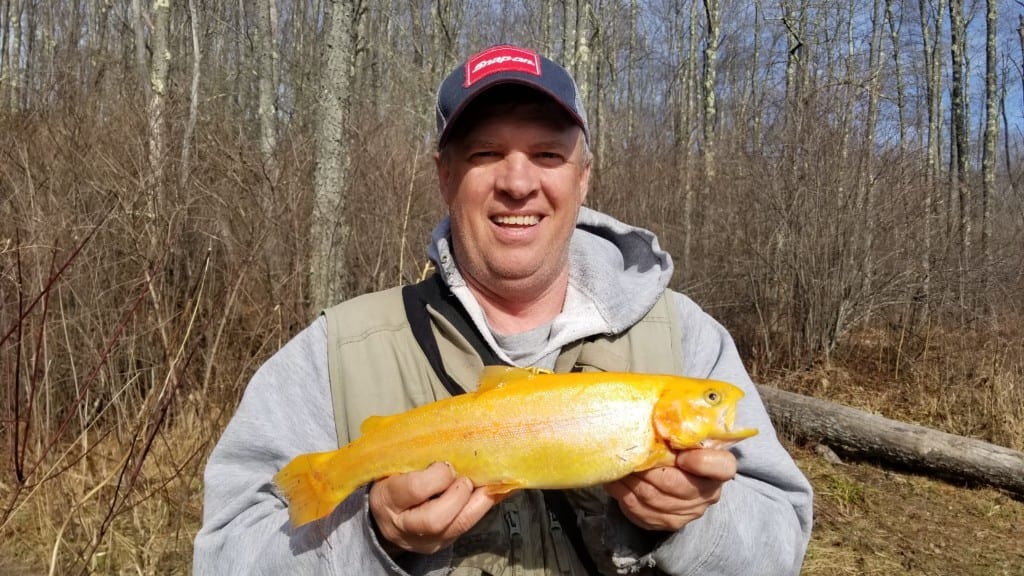 The Blackwater is fortunate to receive golden rainbow, rainbow, brook and brown trout. It offers an opportunity to catch four species without shuffling your feet. It also brings a good chance at catching trophy trout.

“The great thing about rivers like the Blackwater is it’s a large stream. It receives a large trout stocking because of the size of the river,” Hedrick added. “We have multiple stocking points and lots of water for anglers to fish. There’s a lot of public access and forest service property, which means there’s a camping opportunity as well.”

In short, the Blackwater stands tall and maintains populations of trout when smaller streams are wiped out. For example, we arrived two full weeks after last year’s Gold Rush to film Pautzke Outdoors and still found waters rich with goldens that were stocked weeks prior. In fact, after never having been to the Blackwater prior we ended up returning three times and caught and released dozens of trout each time. It quickly became one of our favorite places to fish even amongst large crowds. 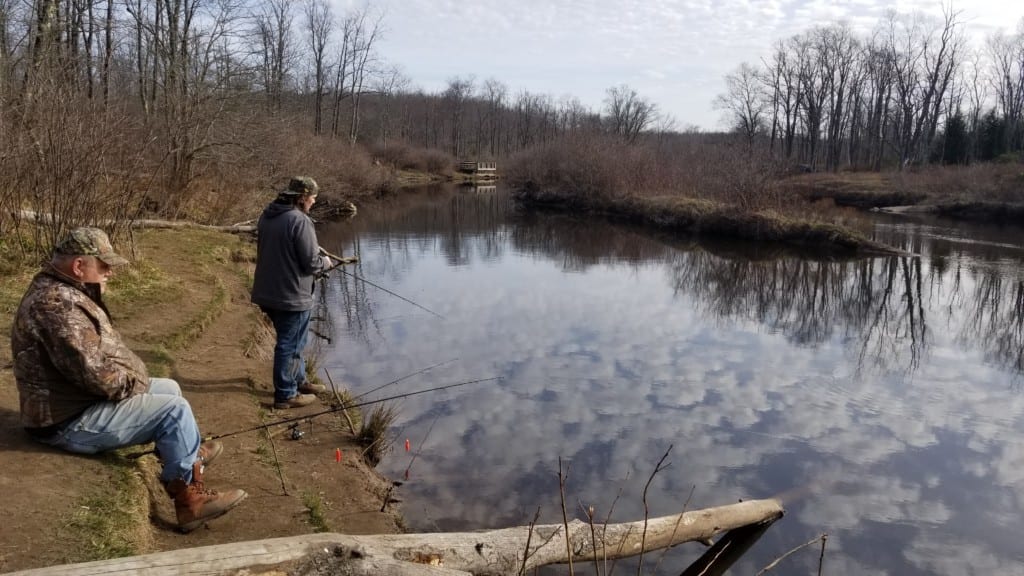 “The main area we stock is right between Blackwater Falls and Canaan Valley so there’s a lot of other things to do,” Hedrick said. “It’s like a family vacation mega spot. There’s so much to do between the town of Davis and Canaan Valley that it adds a dimension to the fishing for families.”

Having no previous experiences at Blackwater we had to do a lot of exploring before we figured out where to fish. We started in Davis just below the bridge and didn’t do well, partially because we didn’t have waders and couldn’t reach the better holes. Fortunately, a few locals mentioned fishing was better upstream of Davis and pointed us in the right direction. Clearly more trout were stocked there as the crowds ballooned. The first spot we stopped at had a large parking area, a wooden platform to fish from and dozens of anglers. It resembled more of a small pond than a river and was where we started. 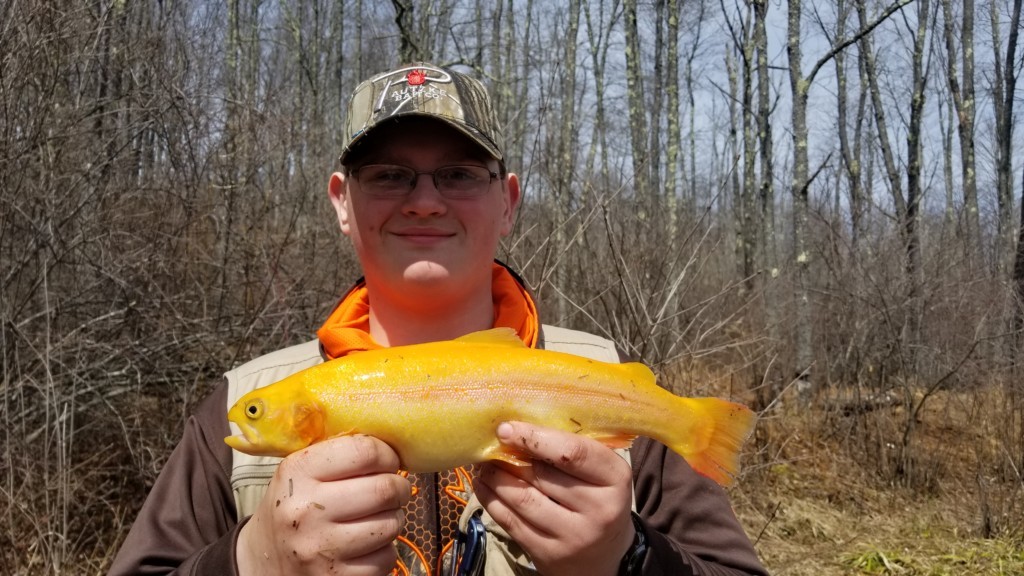 We arrived at 10 am and found a slough of anglers not thrilled about the bite. Most told us that dough bait wasn’t working except for maybe one bite an hour. That’s when we grabbed baits we didn’t see any others using, namely Pautzke’s Orange Deluxe and Yellow Jacket salmon eggs. Bites came instantly and often. This is what kicked off a seven-day tour through the state where Yellow Jackets and Orange Deluxe stole the show. They were the hottest bait we used and aided us in filming a dozen episodes in the short time frame. Even when we waited our turn to fish a hole these baits – and a few others – didn’t let us down. 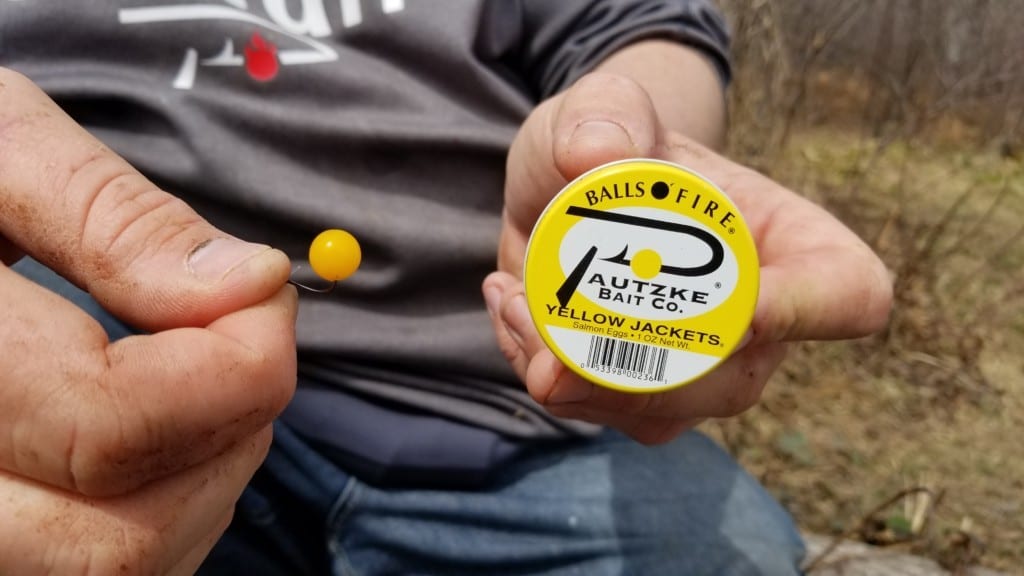 However, a few other things helped us catch hundreds of trout. On common mistake we saw on the bank was anglers using gear that was too big, heavy and bulky. By downsizing, bites came more frequently. This meant using four-pound test and fluorocarbon leaders paired with size 10 to 14 single salmon egg hooks rather than the large, dominate size six worm hooks, big treble hooks and huge split shots we saw so many anglers using. This is West Virginia and the water is clear. The smaller, the better. Try these baits and techniques on the Blackwater River – or anywhere in West Virginia – this winter or spring and expect to catch more trout.

Editor’s Note: Pautzke products are available in every Walmart in West Virginia, as well as the state’s premier tackle shop: Middle Mountain Sporting Goods and Cabelas in Triadelphia and Charleston. 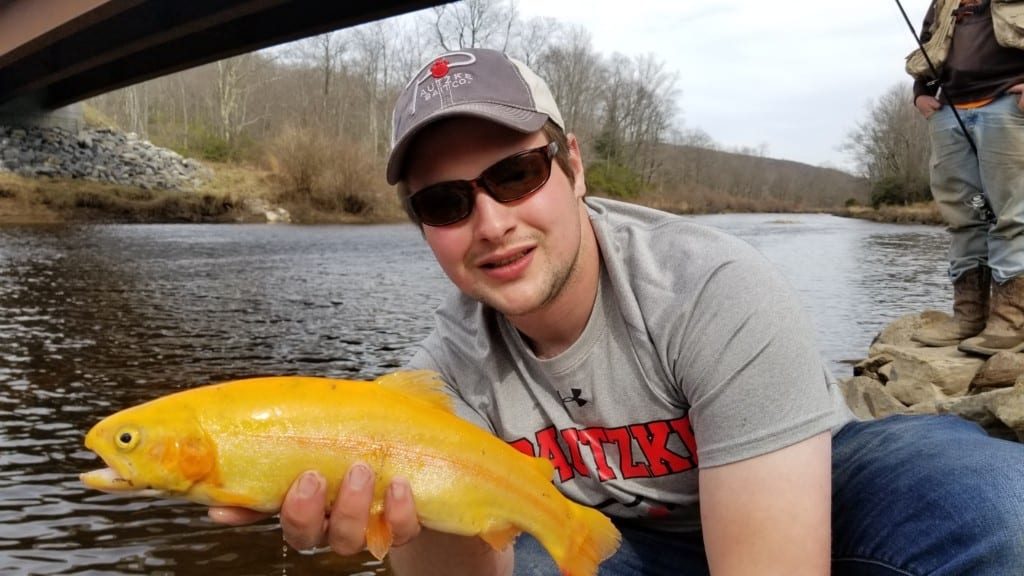