Many die-hard river anglers already know that the Niagara River boasts an amazing fishery for both warm and cold water species within an hour’s drive from the GTA. Between king salmon, brown trout, steelhead and lake trout, these species can be targeted nine months a year. In fact, after the long winters we’ve had for three consecutive years the lake trout are hanging around the Lower Niagara into the summer months.

Those who target lake trout, or understand lake trout fishing in general, know that there are few opportunities to catch these fish from the bank in Canada and the United States. You either have to be out on a boat to target lakers appropriately or wait until winter when you can ice fish for them. Meanwhile, when planning your trip around emerald shiner runs right on the Niagara you can catch lakers from shore in the middle of the summer. 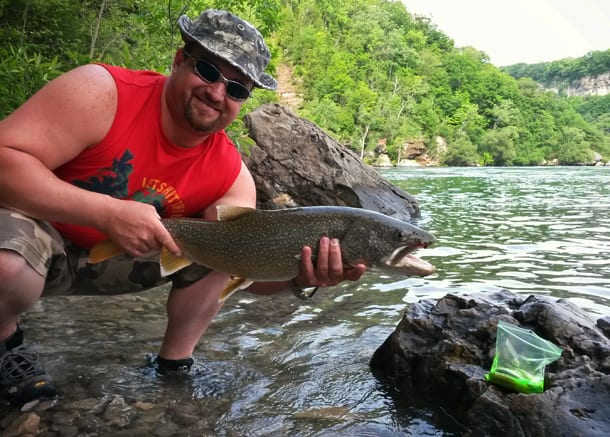 To catch lake trout from the banks of the Niagara River the most effective style of fishing for me has been float-fishing, similar to steelhead fishing. Lakers are willing to grab shiners fished from the bank if you rig your bait correctly. This means keeping your bait deep down in the strike zone while maintain a natural presentation in heavy current. Meanwhile, if float-fishing isn’t your forte, you can target lakers by bottom bouncing. 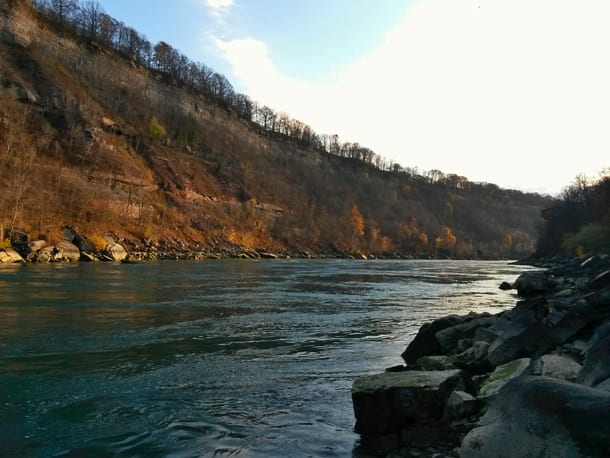 Once lakers migrate from Lake Ontario up into the Niagara River emerald shiners are a big part of the trout’s diet. On this large system matching the hatch is crucial, especially when there is an abundance of baitfish. I used to employ shiners without brine, but have tweaked my methods to increase catch rates.

I’m not brining all my shiners. Blue and Chartreuse Fire Brine shiners make for a wicked looking bait that stands out well beneath the surface. This summer I’ve been finding success on Fire Brine emerald shiners rigged on single hooks/jig heads and fished under a heavy slip float (16-22g Coolwaters fishing floats). I’m usually presenting these baits in eight to 15 feet of water. 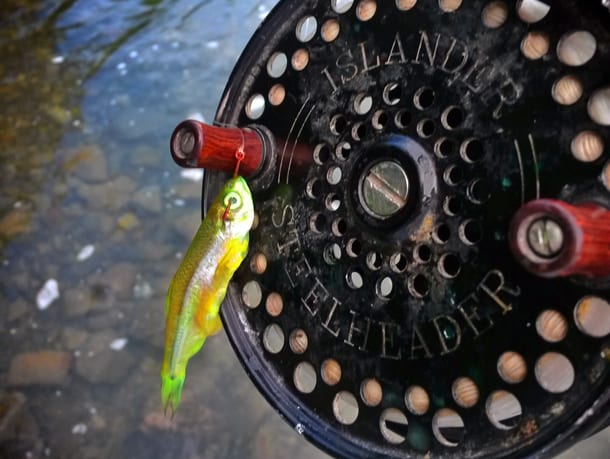 The most convenient thing about fishing Fire Brine shiners is you don’t necessarily have to brine the minnows the day before your outing. I picked up my emeralds at a local tackle shop (Bronte Outdoor) and immediately brined them in the store. By the time I got to the parking lot an hour and a few minutes later, my shiners had soaked in the colours and turned out amazing. This stuff works really quickly! If you want to speed up your colouring process and gain even more vibrant colours, mix a few drops of Fire Dye with the Fire Brine. 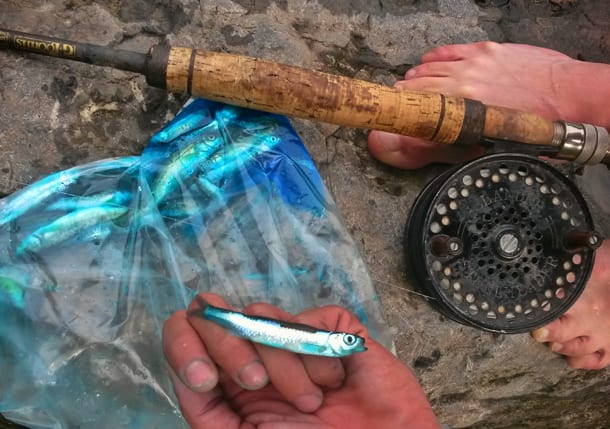