When we drove by Central Pennsylvania’s Canoe Creek Monday recent storms had given the popular trout fishing stream a makeover since the opener. Gone was the clear, easy to read water. In is the tougher to read, dark, tea looking stream that forces anglers to use their instincts to find fish rather than sight fish for them.

Rain has fallen on and off all week in the greater Altoona area where Canoe Creek State Park is located. Fortunately, the larger storms that brought the clarity down moved through last weekend and better weather has arrived. Meanwhile, when we returned to Canoe Creek on Thursday to scout the stream it had improved drastically. By Thursday afternoon visibility had risen to more than a foot. 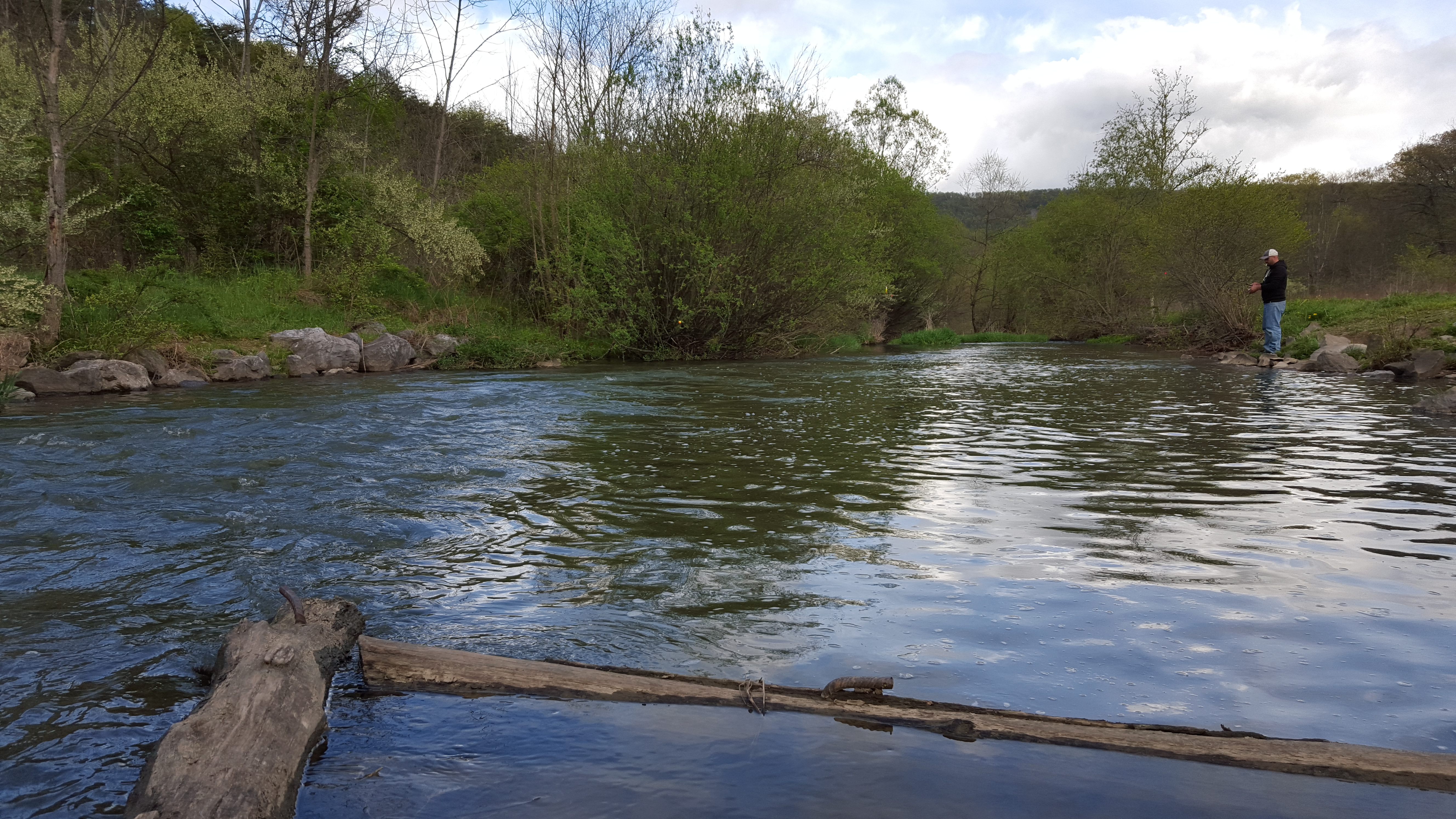 While we weren’t around to see it (we fished Standing Stone Creek Wednesday) the Pennsylvania Fish & Boat Commission did stock Canoe Wednesday. According to the locals that were present mostly rainbows were planted. We stopped by the stream with hopes it had cleared enough to search for a large golden rainbow to catch on film.

Unfortunately, the off colored water didn’t allow us to do that. Meanwhile, the poor stream conditions presented a challenge. We ran into a bunch of anglers who complained the bite had been terrible, even with the recent stocking. On the other hand, the tackle shop down the street told us the creek was likely still supporting trout that were stocked around the opener and was also given a fresh load. 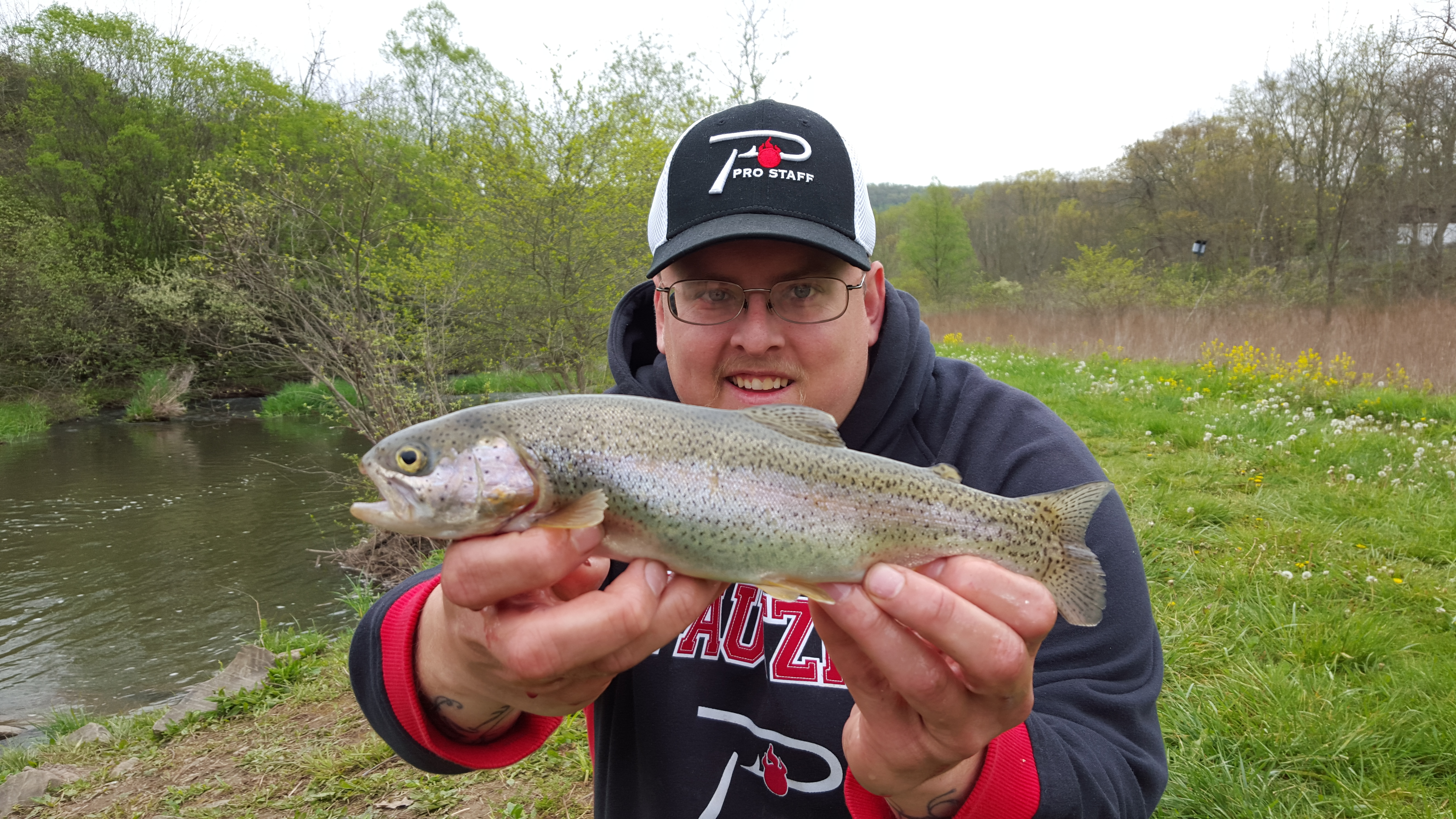 Rather than floating Fire Bait at Canoe Creek Lake we opted to try and film an episode of Pautzke Outdoors at the creek instead. To be honest it wasn’t easy. Clarity made fishing a chore. Fortunately, having an experienced angler with me (James Swearingen of Steel City Anglers) paid off. While I didn’t fish (I was running the camera) Swearingen did and ended up landing roughly a dozen rainbows – and one slab size bluegill – in a few hours before we had to head back to Pittsburgh.

Keep in mind, none of us had ever fished Canoe, nor did we have a local connection to point us in the right direction. We started by fishing seam lines, tailouts and the edge of heavy current and ended up picking up roughly a trout every 30 minutes, which was much better than anyone else we interviewed. The three locals who had been fishing the river for more than 20 years (and were casting into the same huge hole we were) left after not getting a bite for a few years. 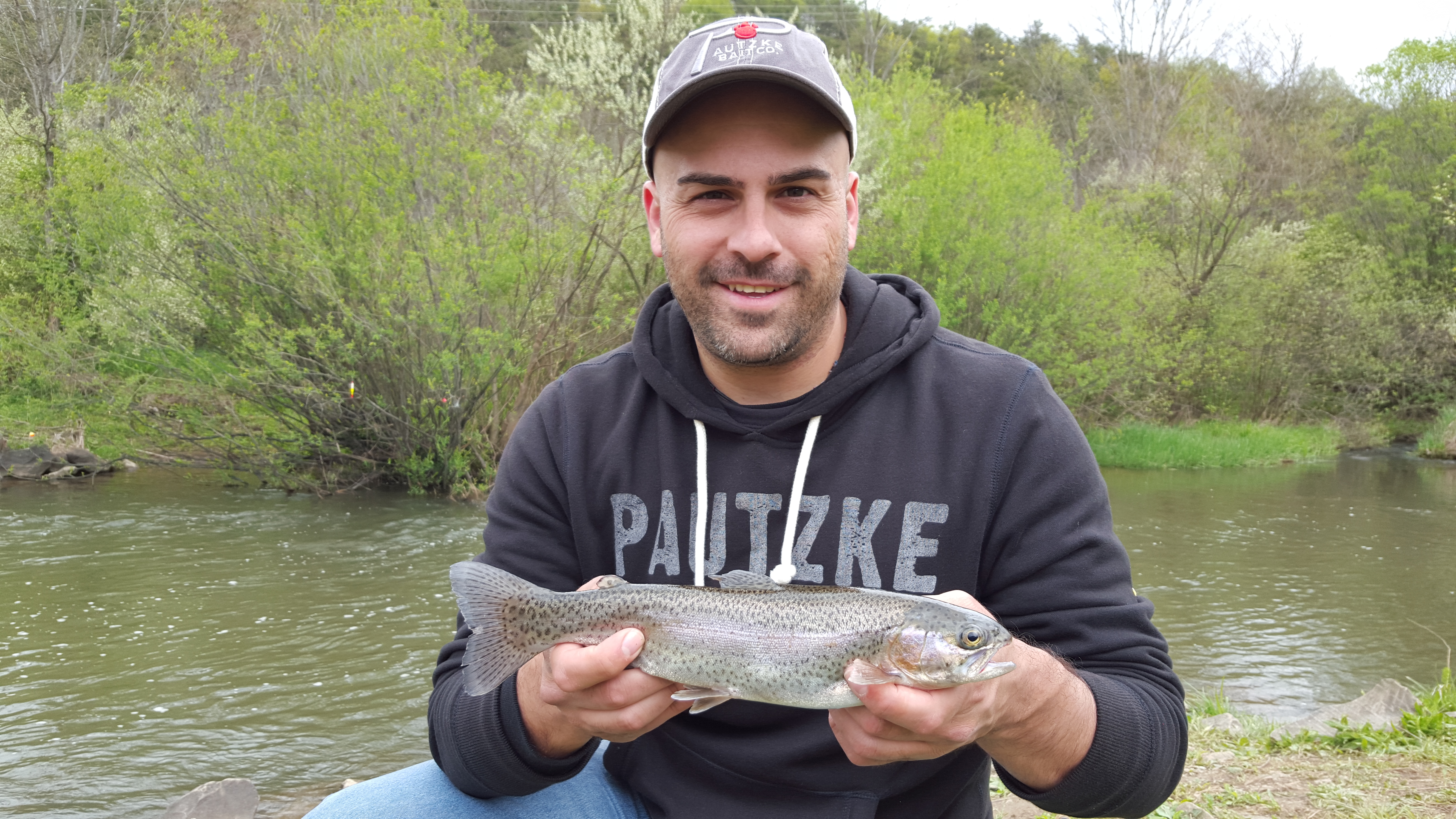 All our success came on Balls O Fire salmon eggs. Swearingen started with Natural Deluxe and Pink Shrimp and caught about six trout before the trout got conditioned and he had to switch to Gold Label and Yellow Jackets. We later caught a few on Orange Deluxe and Silver Label, basically every jar we brought. But we can’t lie. We did have to work hard. Normally, we can catch a dozen trout in an hour. This time we had to fish three. 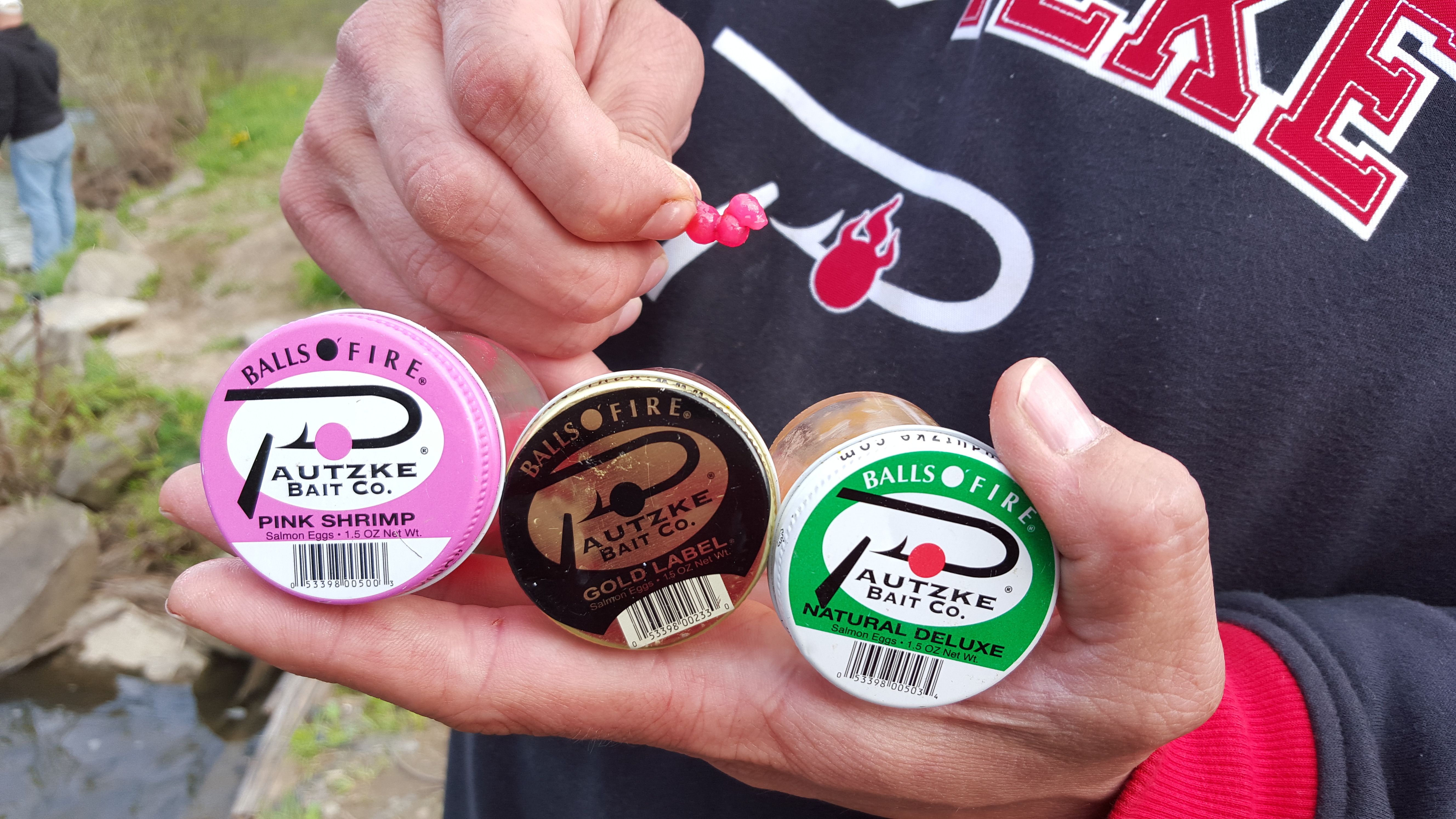 The good news is Canoe Creek is slowly clearing more daily. And, this weekend it should be in even better shape. The forecast doesn’t show any large storms moving through in the next few days, which should help fishing improve daily. The good news is that the cloudy water likely enabled the planted trout to spread out throughout the system since being stocked rather than huddling in one pool and being caught the first day.

If you come don’t worry about dropping down to two-pound test. The water isn’t clear enough for that. Four pound test is fine. We used size 10 and 14 hooks and a bobber to keep our bait free drifting and from getting hung up. The key was creating more scent and a larger profile for the trout to locate. Instead of one egg we used three on the hook, which seemed to be key. Try this over the weekend and you’re likely to pick off trout as prospects continue to improve. 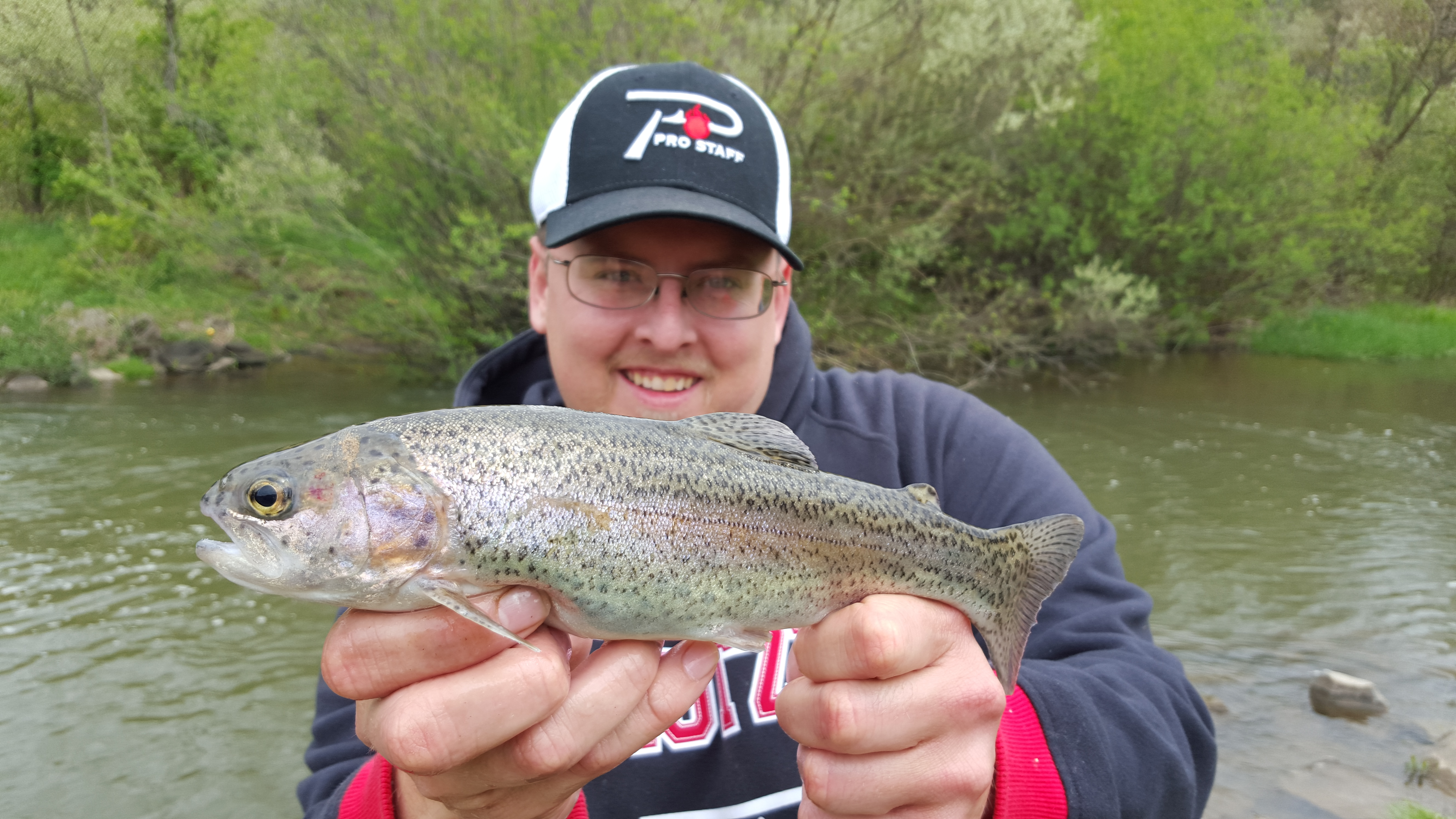