Lake Bistineau wasn’t on the list of places we wanted to film in Northern Louisiana. Meanwhile, with high winds predicted it was where we were destined to salvage a day of crappie fishing. We were slated to fish on Lake D’Arbonne, but strong winds kept us off that lake. Fortunately, often overlooked Bistineau near Shreveport didn’t disappoint. In fact, we’d fish here again. Bistineau is one of the region’s overlooked crappie fisheries that boast quality fish and good numbers.

We flew to Louisiana to film Pautzke Outdoors and feature how well Fire Dye worked on crappie minnows. Ironically, our guides for the day had never used Fire Dye, which made for an interesting meet and greet. Fortunately, local pros Mark Taylor and Ken Myers were open to trying something new. These pros live by having good minnows and go through pounds of them daily. 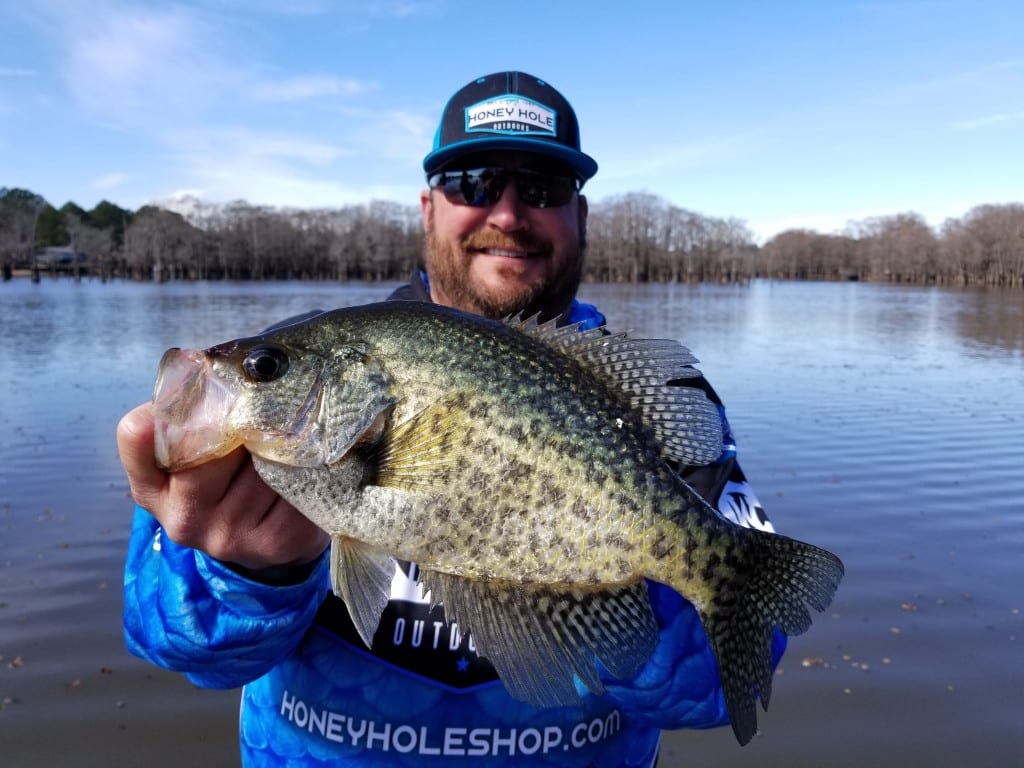 To be honest – at first – they weren’t sold on our idea, but had heard from a local bait shop about others haven’t success. We weren’t worried. Having filmed previously with big name crappie pros in North Carolina, Virginia, Alabama, Arkansas and Florida we knew our live Chartreuse Fire Dye minnows would out-fish their regular minnows. And, they did. How do we know our live Fire Dye minnows weren’t a fluke? We had two boats that day – both filled with experienced crappie anglers. We both fished near each other and with the same techniques. The only difference was we used the live Chartreuse (and Gold) Fire Dye minnows. We had a pile of quality crappie. They struggled to catch any.

Was it a fluke? We don’t believe so. In fact, Myers and Taylor now use the Chartreuse Fire Dye anytime they are crappie fishing. It worked well on this day and for the days prior that we filmed on Caney Lake with the team from Honey Hole Tackle Shop. It’s a technique that might be new to Louisiana, but has cemented itself in many crappie areas in the Southeast.

With an unstable barometer and changing weather conditions we expected challenging fishing, but fared better than expected. The duo used six-pound test on our mainline with Jenko double minnow rigs and either Chartreuse or Gold Fire Dye minnows. It convinced crappie up to almost two pounds to bite and roughly two dozen of them. The minnows saved the day and brought two new friends into our fast growing Pautzke family. 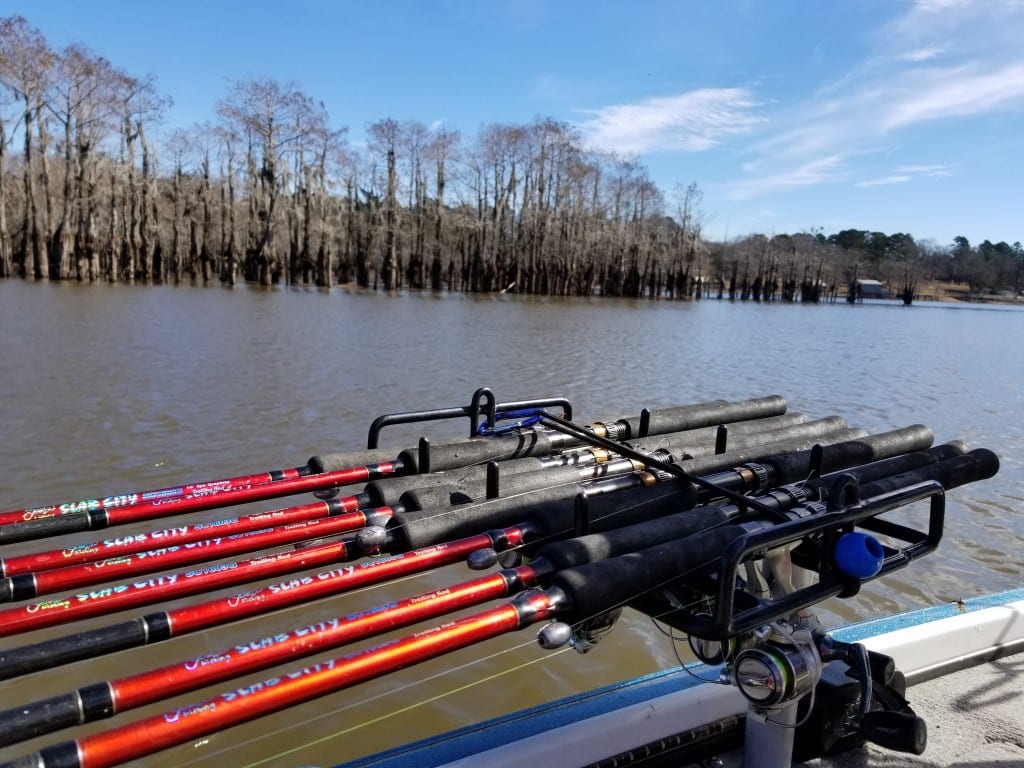