Steelhead season on the North Oregon Coast hasn’t been as good this year as it’s been in the past. We’ve had some incredible days, but overall we aren’t catching as many fish this year. With that said I’m catching fish every day, just not as many as we’re used to. On a slow day my clients are hooking five fish and on better days we’re getting up to double-digit hookups. The truth is we have to work harder to catch fish this season, but when we put the effort in we are getting them.

Not that it’s an excuse for a below average return, but we’ve had low and clear water for a while now. Fortunately, it’s raining this minute, which should improve conditions and bring fresh steelhead in. There is still some time left in our run. I’m expecting to hopefully see some more fish arrive. Historically, our steelhead continues to migrate into the river through early April. That will likely be the case again this year. There have been some big fish caught, but the average fish has been seven to 10 pounds. We are also catching fish in the teens often.

What’s been working for me these last week has been an egg and soft bead combo. The reason I’m running roe now is because there’s a lot of spawning fish and eggs in the water. Naturally, we want to match the hatch. I’ve tried to run just eggs and just beads, but I’ve found that running them both together has produced more success at least it has been lately.

This time of year I’m running BorX O Fire cured roe. I’m using 70 percent Natural BorX O Fire and 30 percent Orange BorX O Fire and they look great. You can see the exact color I want in the photo below. Because we’ve been in low and clear water I want to use a lighter egg. If the water is higher I’d use red or pink, but it hasn’t had much color recently.

In this clear water it’s important to run longer five-foot leaders. Sometimes in the bigger water I’ll add a split shot. The good thing about low water is we know where the steelhead are going to be. In the lower water the fish are going to be in the deeper, darker holes or they’ll be in broken water. The deeper holes are more traditional salmon holes, but they are holding in there now and in the broken water where they feel safer. 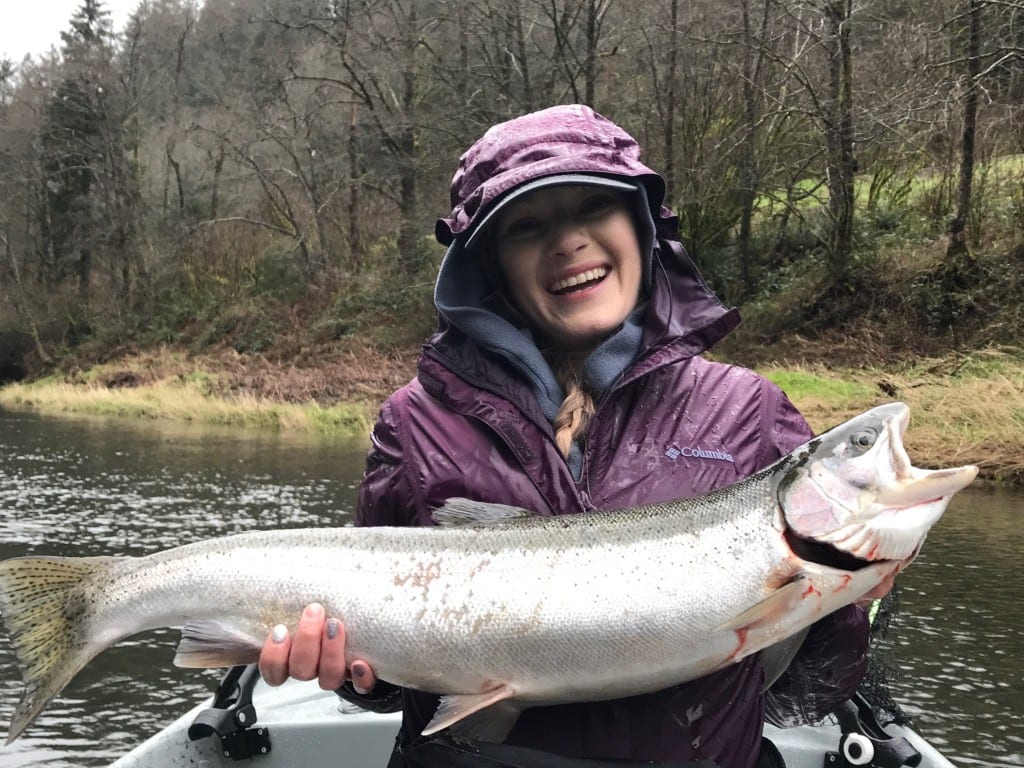 Editor’s Note: Editor’s Note: Big Dave Manners operates Wilson River Lodge on the Oregon Coast and Big Dave’s Fishing in Alaska. He’s been featured on dozens of TV and radio shows and in nearly every fishing magazine in the West. For more info on his guided trips please visit http://bigdavesfishing.com.