Every other week, from mid-April through mid-September, the McKenzie River below Leaburg Dam is stocked with fat rainbows by the Oregon Department of Fish and Wildlife. This year, the popular Willamette Valley river will be planted with 40,000 rainbows, making it one of the heaviest stocked streams in the state. The upper section of the McKenzie above Leaburg also is stocked at least twice monthly.

On the lower section, with relatively tame water and abundant access, anglers enjoy one of the state’s most unique fisheries. Most Oregon rivers that contain salmon and steelhead and are safe enough to boat aren’t stocked with hatchery rainbows. ODFW doesn’t want trout anglers accidentally catching wild salmon and steelhead smolts, and biologists also are wary of hatchery trout competing for food with wild stocks.

But the McKenzie is an exception, making the heavily stocked river an ideal place to fish for trout anglers who prefer tons of action in moving water instead of a lake, that is also easy to fish from a boat. 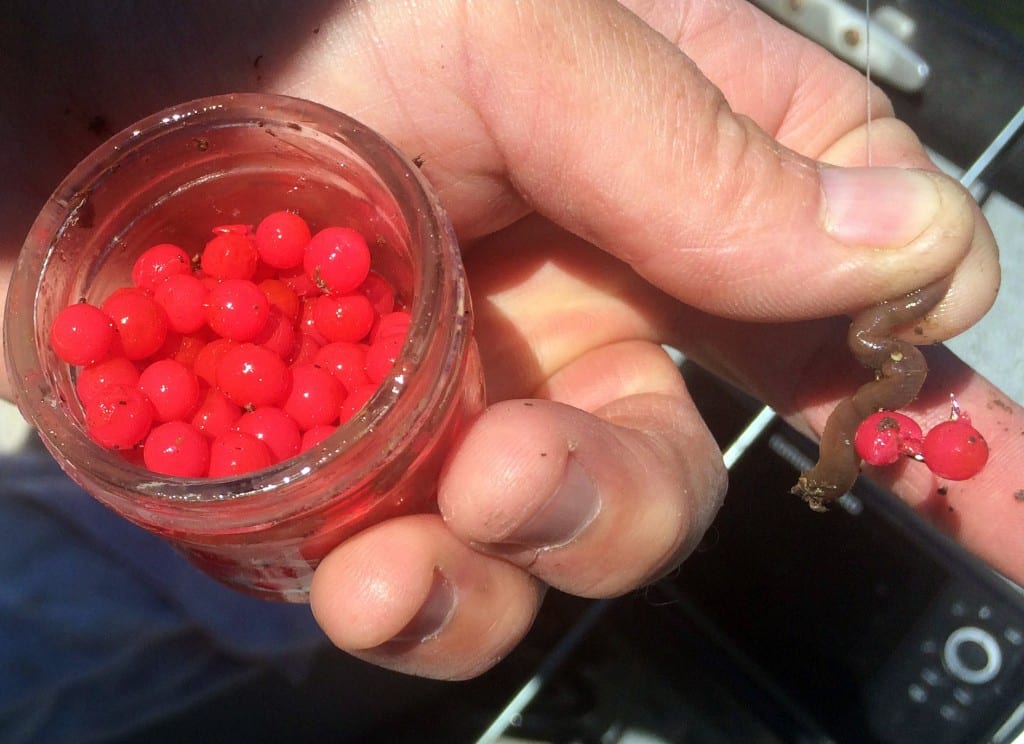 (Above) Guide Martin Thurber uses light spinning rods rigged with a steelhead plug that acts as a diver. A short leader is attached, and is baited with a small piece of night crawler and two Pautzke single salmon eggs.

Thurber of Willakenzie Guide Service often takes a break from salmon and steelhead trips in June, July and August and instead runs half-day trout charters on the McKenzie. The trips have an avid following with families who want to get children into constant action, as well as more experienced anglers who simply want to catch a bunch of fish on one of the Northwest’s most prized rivers.

Thurber has a deadly technique for the hatchery trout, using a steelhead plug as a diver, with a leader attached to it that is baited with a tiny piece of night crawler and a couple Pautzke single salmon eggs. 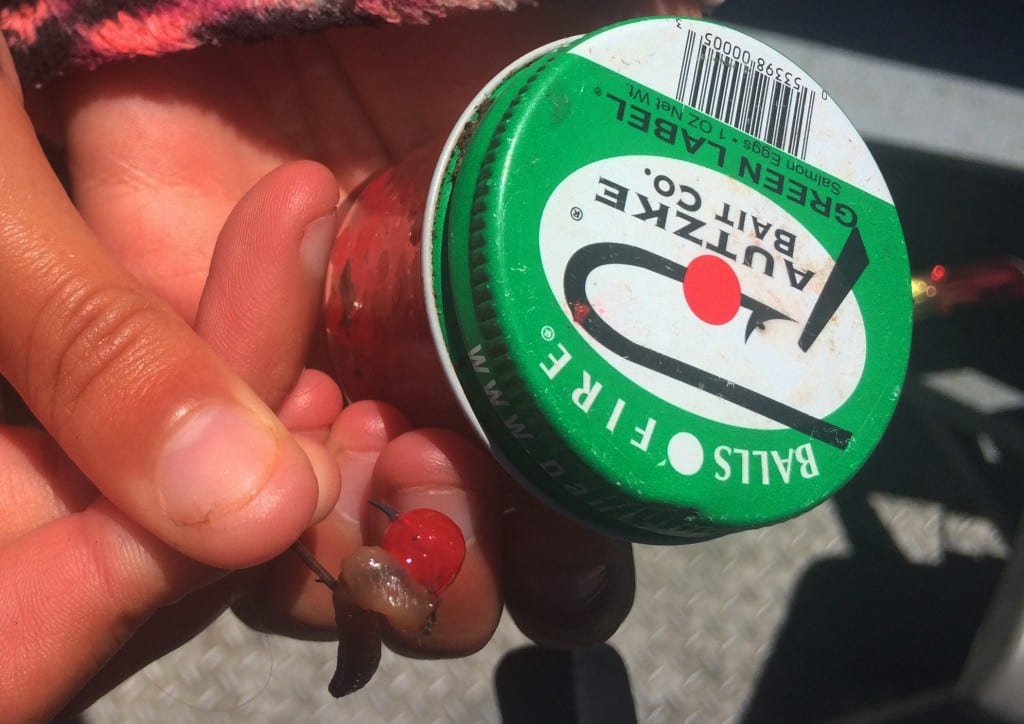 (Above) A small piece of night crawler and two Green Label salmon eggs are effective for hatchery trout on the McKenzie.

To rig up, Thurber uses either a Hot Shot or a 3.5 MagLip steelhead plug, removes the hooks, and ties the leader to the belly of the plug. Normally, six-to-eight-pound test line usually works, but sometimes lighter leaders work better, especially on bright, sunny days. A size six or eight baitholder hook is used to add the salmon eggs and night crawlers.

While Thurber fishes from a spacey Alumaweld jet boat, a drift boat works fine. He launches on the lower river and anchors his boat in a fishy-looking spot. The divers (steelhead plugs) are lowered into the river and allowed to float 30-40 feet below the boat. The rods are placed in rod holders until a trout hits, which usually doesn’t take long. 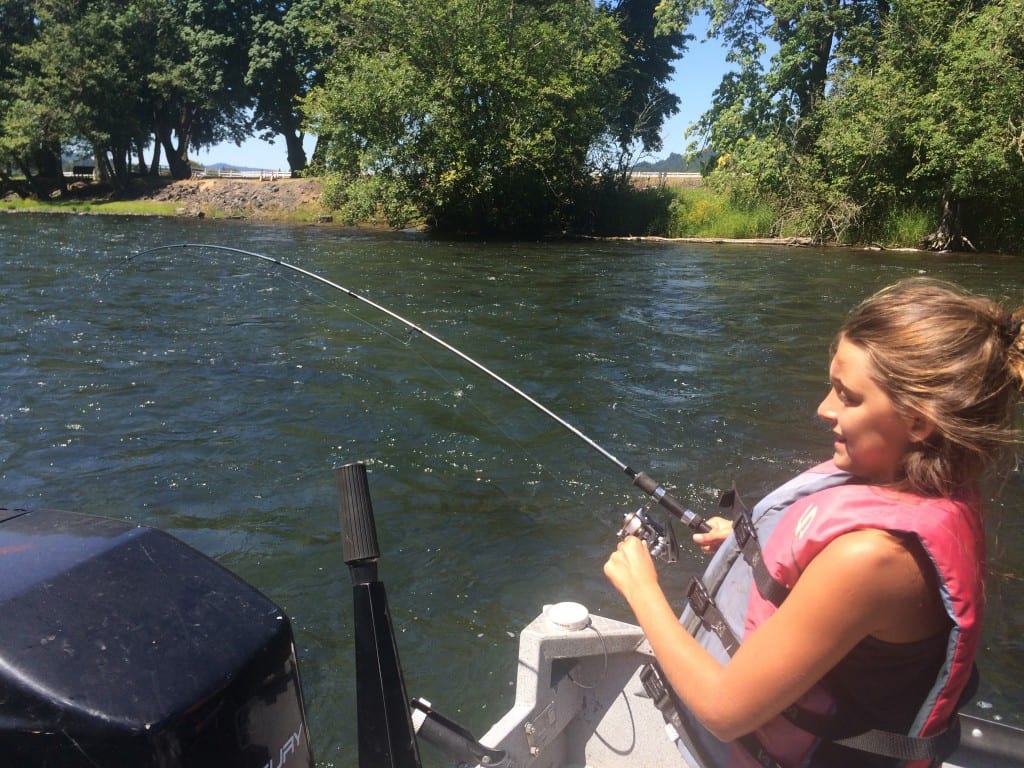 The diver and bait technique is effective for all trout, but should only be used on rivers like the McKenzie where hatchery trout are planted and trout can be kept. Many of the fish will be hooked deep, which makes releasing some of them difficult. Don’t use on river and streams where catch and release is required, as some of the fish will swallow the bait and not survive.

The diver and bait method is especially easy for young anglers since the fish hook themselves. The fight on light spinning tackle is enjoyable. Last week took my daughter and one of her friends on a trip with Thurber for fast action on the rainbows. We caught and released dozens of fish in just a few hours, and kept a few limits to fry up for dinner. 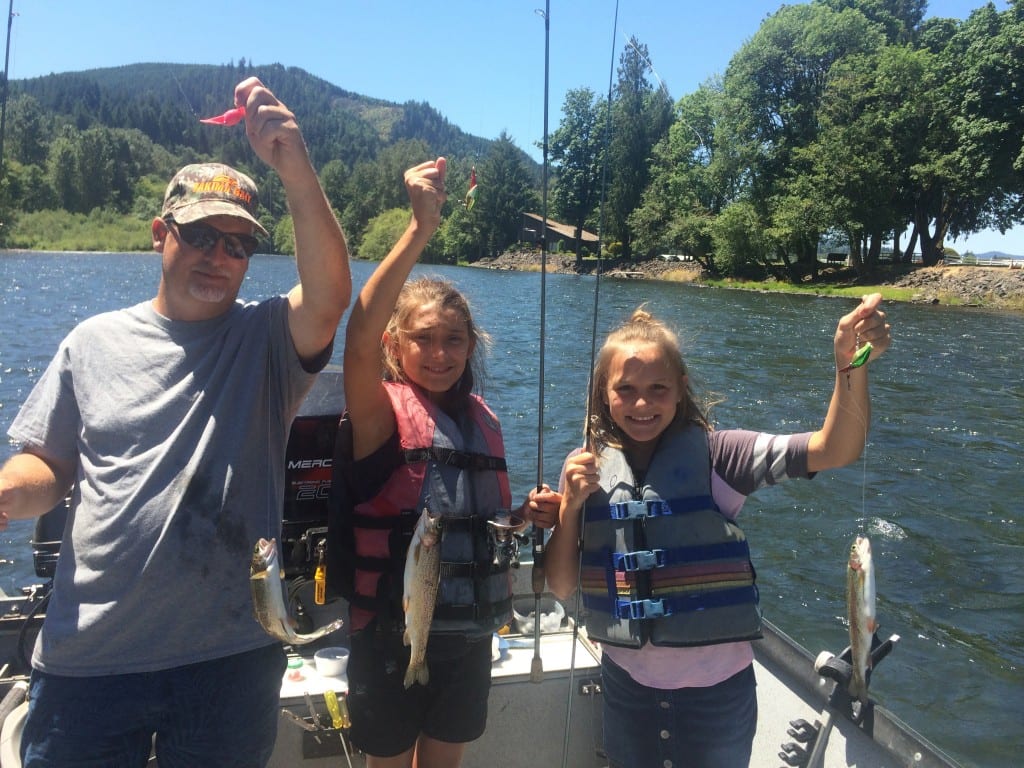