Maria’s winds churned up seas in Eastern North Carolina last week and altered our fishing schedule. Set to film Pautzke Outdoors on the coast Tuesday and Wednesday we opted to stay in the Triangle where conditions were more favorable. Having filmed a catfish episode on Lake Norman Monday we ended up making a quick trip on Falls Lake in search of crappie Tuesday.

Falls Lake isn’t known for huge crappie, but has a large population available to Raleigh-Durham residents who don’t want to make the drive to Kerr Lake and other further destinations with larger fish. Falls Lake is an easy trip for anglers in the region and an ideal destination for kids and anglers who want consistent action. We caught a few dozen crappie in the two hours we fished, but nothing big, which we expected. 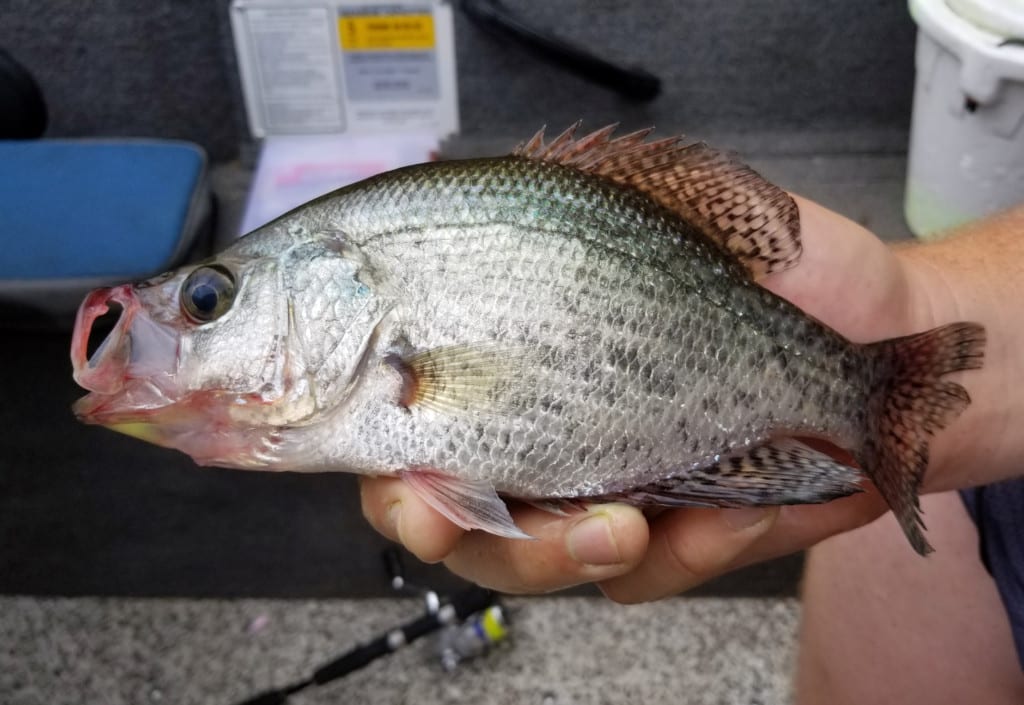 Meanwhile, our day didn’t start out well. We purchased six-dozen minnows from a local gas station/tackle shop. By the time we arrived at the launch ramp five minutes later all but about 20 were dead. When we bought them there were a bunch of dead minnows in the tank, but losing this many was a surprise. We netted the live minnows and transferred them to lake water. They were fine after that, but we didn’t have much bait left. Planning to Fire Dye six-dozen minnows and split them between Red, Blue and Chartreuse Fire Dye we were forced to only use chartreuse.

There wasn’t much time to fish. Wes Jordan of Redbeard Cats Guide Service was kind enough to take us out for a few hours before he had to work, and we had to drive to Carolina Beach to film the next morning. Still, action was non-stop for the few hours we targeted crappie. Fishing live Chartreuse Fire Dye minnows under a float we caught crappie (and few incidental perch) on almost every cast. 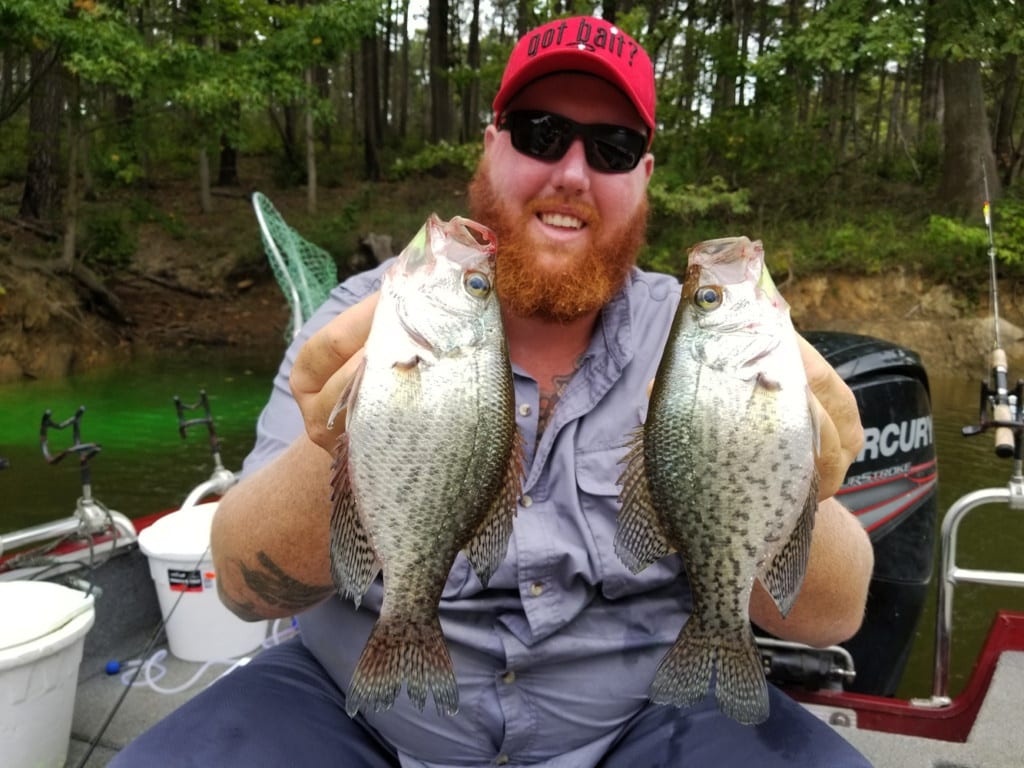 As with most crappie fishing the key was finding structure. Jordan doesn’t target crappie at Falls Lake often, but heading toward the bank and using the fish finder to locate structure was all we needed to be in a good position to catch fish. Catching was constant with the Fire Dye minnows. Most of the crappie were hand size, but still fun on light tackle. Action should remain through fall as the lake seemed to be stuffed with panfish.

Here’s a video to learn how to Fire Dye live minnows: https://youtu.be/zusfV1bUJp4 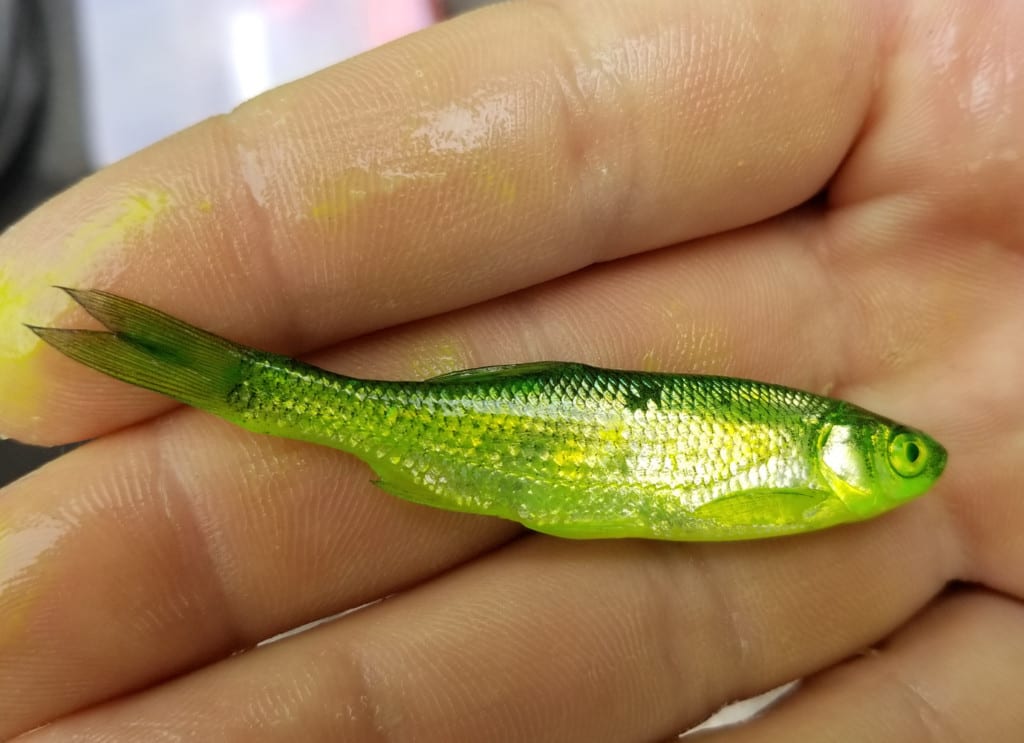 *Pautzke Fire Dye is available locally at many Walmart locations and online at Bass Pro Shops, FishUSA.com and Amazon.com.