We’ve had the best salmon fishing in about 10 years. The number fish in the Niagara River has been as good as it’s been in more than a decade. That doesn’t mean we are going to knock it out of the park daily, but you are going to have opportunities that we haven’t necessarily had the past few years. We also have started to see a trickle of coho coming in the river. We haven’t had a coho run in ages. You’d have to believe this is a great sign for the future of the Lake Ontario salmon fishery.

Weather has been the determining factor of our salmon bite. Clear water and bluebird skies make for tough fishing, but when we have overcast conditions and cooler water the salmon bite. We are calling it a low light bite. The bite has been either early in the morning or late in the day or when we get cloud cover. 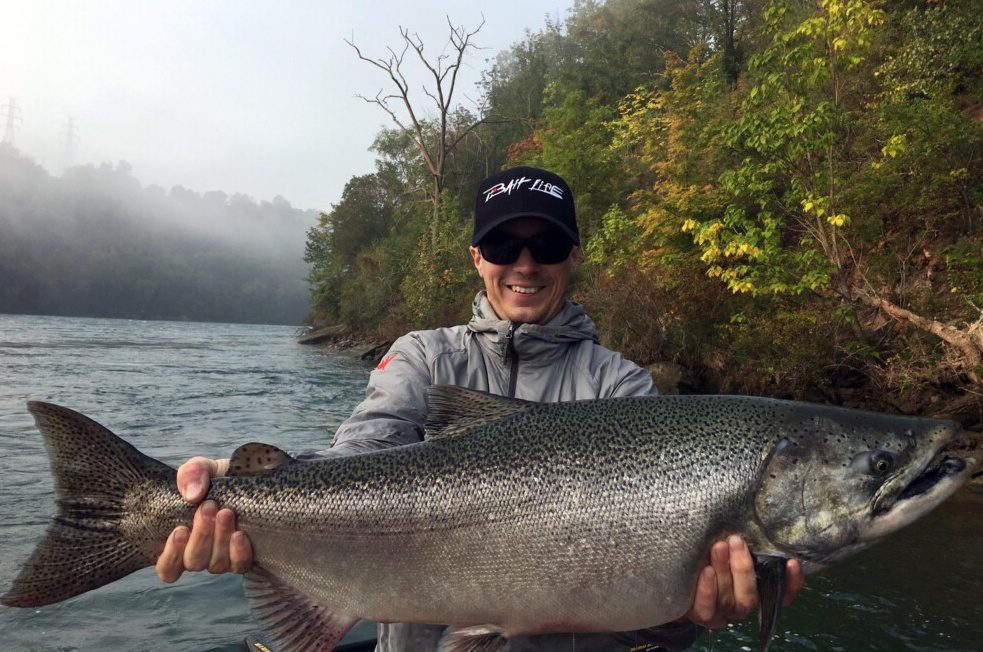 Salmon arrived earlier than we are accustomed to seeing them. From September 9th on for a week we had easy limits every day, but the heat hurt the bite. The water rose from 65 to 72 degrees in a week worth of 85 to 90 degree days. Action slowed rapidly, but I think the bite has stabilized. We are averaging a limit or two a day now, which is about four to five fish per trip. I haven’t seen any extraordinary large fish, but the average size is larger than what it normally is.

There’s still a lot of fish in the lake. Kings and coho are stacked on the Niagara Bar. We are in the middle of the run and weather conditions can extend or end the run. If we get long periods of warm weather it’s going to keep the fish out in the lake. However, if we get nasty weather for a few weeks in a row they are going to run upriver fast and the run will end sooner. Salmon are either going to spread out and slowly trickle in over the next month or come in all at once if we get nasty weather and lots of rain. We know there’s a lot of fish in the lake. It’s just a matter of how they choose to come up the river. Will it be in one mass migration or a few smaller migrations? That depends on the weather. 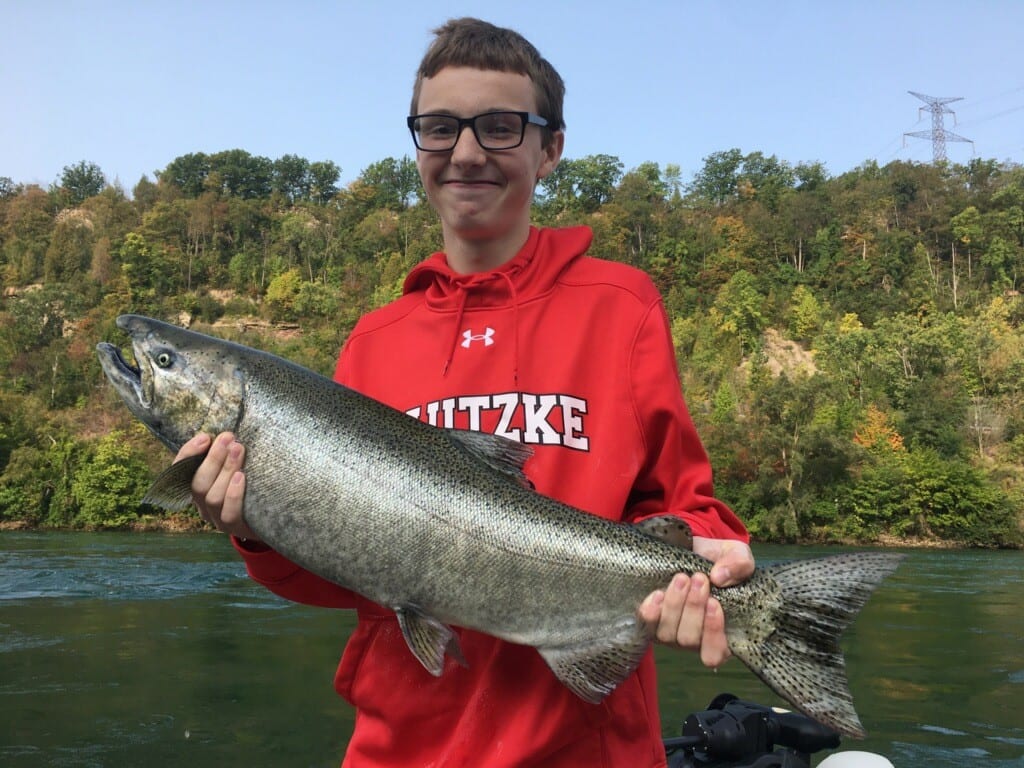 Salmon can be found from Art Park on upriver to Niagara Falls. Bank anglers on the Canadian and US side are catching salmon now and that will continue through the end of our run. However, boaters are limited to targeting salmon only to Devil’s Hole.

Having multiple color eggs has been a key to success and I’m getting that by mixing the brine. When the water is clear and it’s bright out the shades of the eggs make a big difference. The hot color changes often. If your eggs aren’t working switch colors. I have two to four colors on the boat every day. You don’t want the standard every day eggs that everyone is using. Instead, it’s best to show the salmon something different. 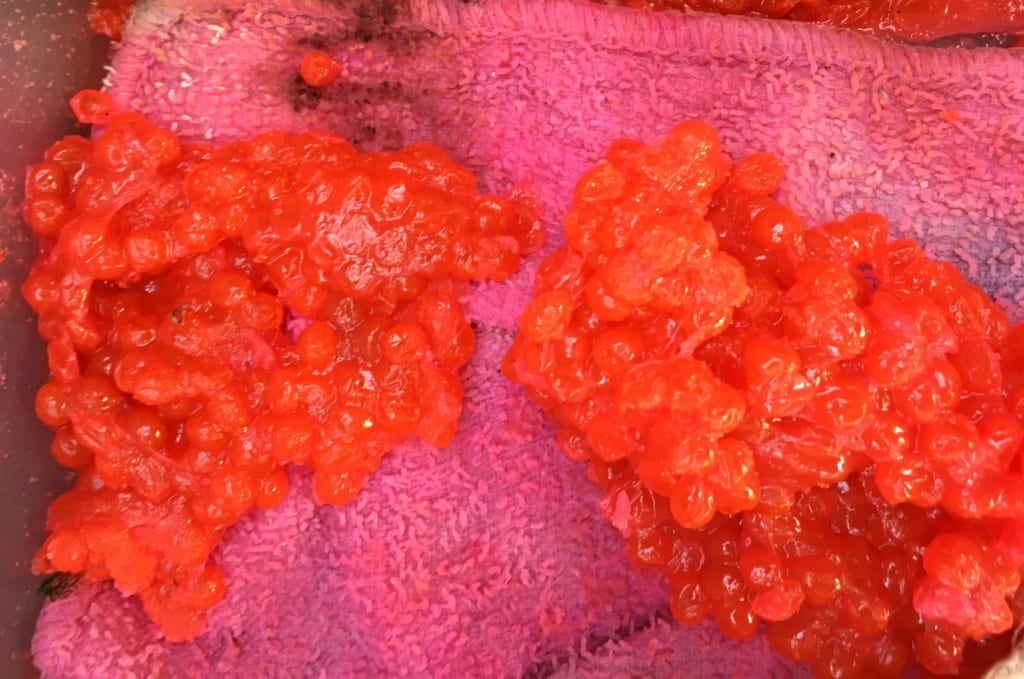