At the recommendation of someone answering phones at the Alaska Department of Fish & Game Fairbanks office, our GPS was pinned on the Chena River State Recreation Area. This was where locals went trout fishing, we were told. And, rather than given names of lakes to fish, we were told five mile markers, all of which harbored trout and were stocked by the state.

“Shaf, are you sure you know where we are going?” Albrich asked me.

We didn’t have a map.

At that moment, on the right side of the highway, a massive Santa statue appeared, ironically in the 2,000 person town of North Pole, which we were driving through. I pulled off the highway and walked inside Santa Claus House with Albrich to ask Santa where the best trout fishing was locally. To no surprise, he knew.

“I trout fish at Chena Lakes,” he told us. “Bait works best up there, but sometimes I use lures. What are you guys going to use? You know salmon eggs work pretty good up there.” 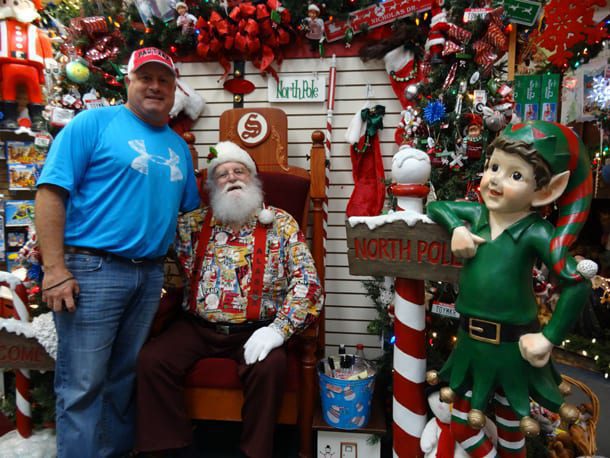 Santa didn’t know we were with Pautzke at the time. However, I think Albrich whispered it in his ear while they were taking photos. With Santa’s blessing, we left minutes later and headed into the woods, literally. Roughly an hour from Fairbanks, we quickly learned this recreation area was no secret.

Upon arrival at 48 Mile Pond, one of the more popular stocked lakes in the area, we struggled to find a spot to fish from the bank. There were families soaking bait from the shore, kids throwing sticks in the water to dogs and a few anglers catching trout from canoes. Fortunately, the mosquitoes we were warned about didn’t bother us. 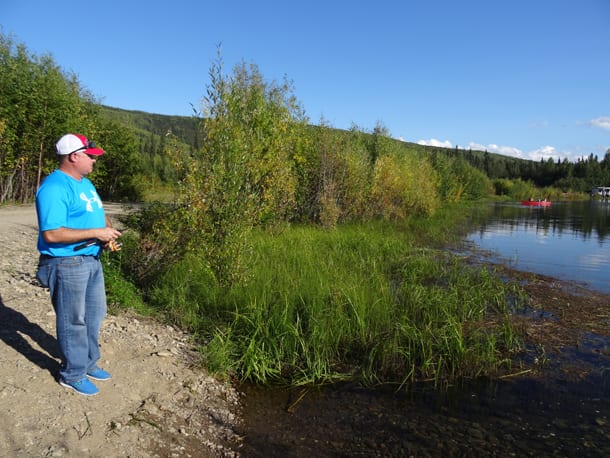 Having scanned the shoreline there were few places for us to fish without encroaching on someone’s space. Meanwhile, we noticed a young man and his girlfriend leaving a spot near a culvert and slid in before more anglers arrived, which they did. Fortunately, we were able to film an entire episode of Pautzke Outdoors without shuffling our feet.

Albrich had dreamed of catching grayling in Alaska and we could see a few holding in the current a few feet in front of us. He clipped on the bobber, added two Pautzke Premium (Red Lid) salmon eggs and caught three grayling on the first three casts. In fact, the underwater Go Pro footage was incredible in this clear water. He caught and released a dozen or so before we switched over to catch rainbows. 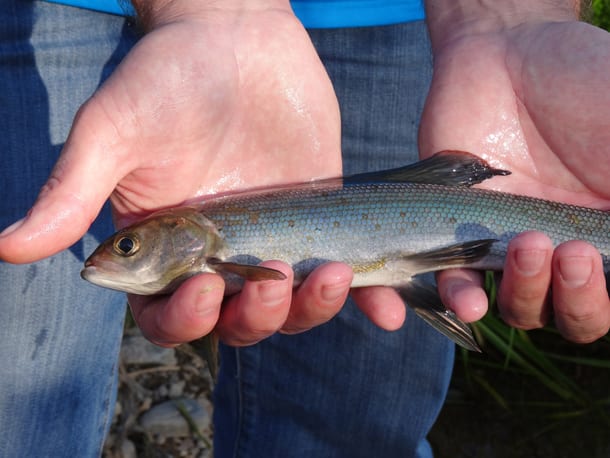 While the grayling were pinned to the current line, the rainbows were holding outside the weed line, in deeper water. We molded Rainbow and Mountain Wildfire FireBait to the treble hook, cast 20-40 feet from the bank and spent the rest of the afternoon catching rainbows on light tackle and were told by locals the bite gets better in September when the weather cools and trout look to beef up for the winter. 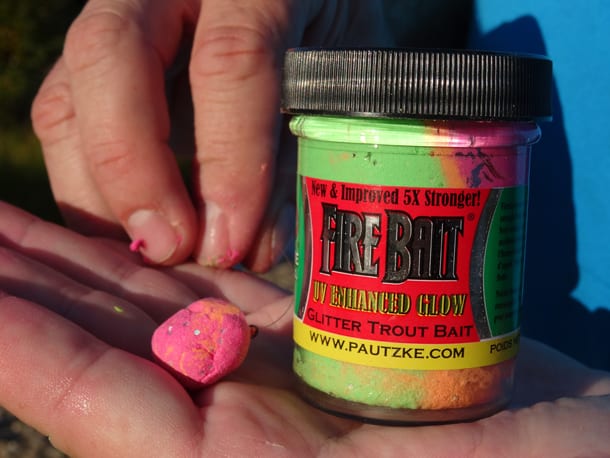 Editor’s Note: Chris Shaffer is the Director of Operations at Pautzke. This was his and Albrich’s first time to Fairbanks. If ever in Fairbanks, have dinner at Taco King, some of the best Mexican and New Mexican food outside of the Southwest. Santa answers fishing questions daily at the Santa Claus House in North Pole. 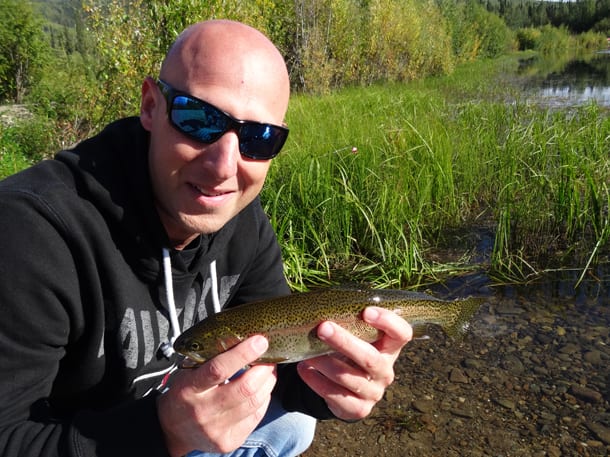