In the decade we’ve been filming Pautzke Outdoors doing a show in Connecticut has never been on our list. Overshadowed by New York salmon and steelhead and Pennsylvania and West Virginia’s robust trout stocking programs we’ve passed on opportunities to fly to the Farmington River and target trout. Meanwhile, a conversation with Joe Diorio of Joe Diorio Guide Service changed that. On the heels of a week ice fishing in Western Montana we flew to Boston and drove to the greater Hartford area to target the state’s rainbow and brown trout – and weren’t disappointed. 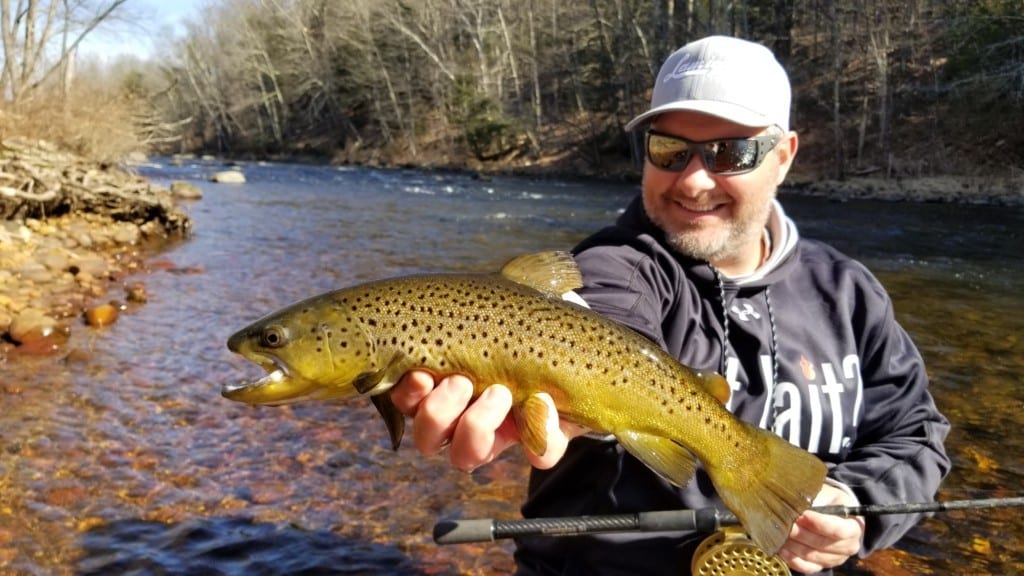 To be honest the action was no short of epic. We caught dozens of quality rainbows and browns each day and didn’t hook into any dinks, which is rare when we target stocked trout. Most of the trout we caught were in the 16-20 inch class. Those up to 23 inches weren’t shy about eating our eggs. We focused on roughly a 10-mile section of water and found excellent action everywhere we casted eggs under a float. 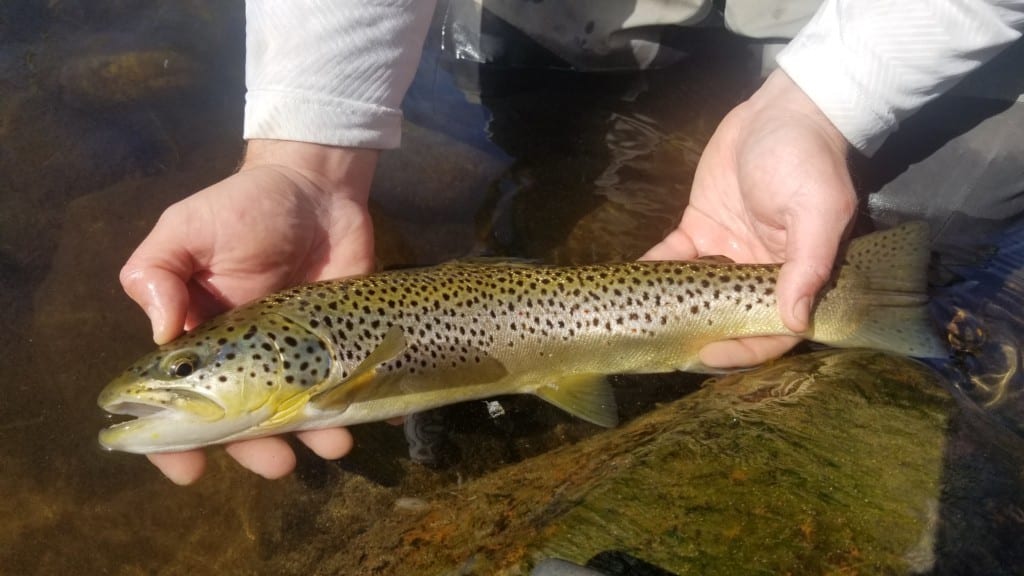 As expected we didn’t find trout pinned to fast moving water. Instead, the best bite came on the edge of the heavy current where bows and browns were positioned to chase down food coming in with the current. Prior to flying out we were hoping to film episodes using single Pautzke eggs, but Diorio wouldn’t let us focus on just singles. He mentioned this time of year the trout key in on spawn sacs and that our new Trout Eggs were the best new bait on the river. It literally took him one minute to prove that to us. Our issue was that Trout Eggs aren’t readily available in Connecticut. Only anglers that purchased them online or picked them up on a trip to New York have them. We couldn’t find a local tackle shop anywhere that stocked them. Fortunately, Cabelas in East Hartford will have them in about a week. 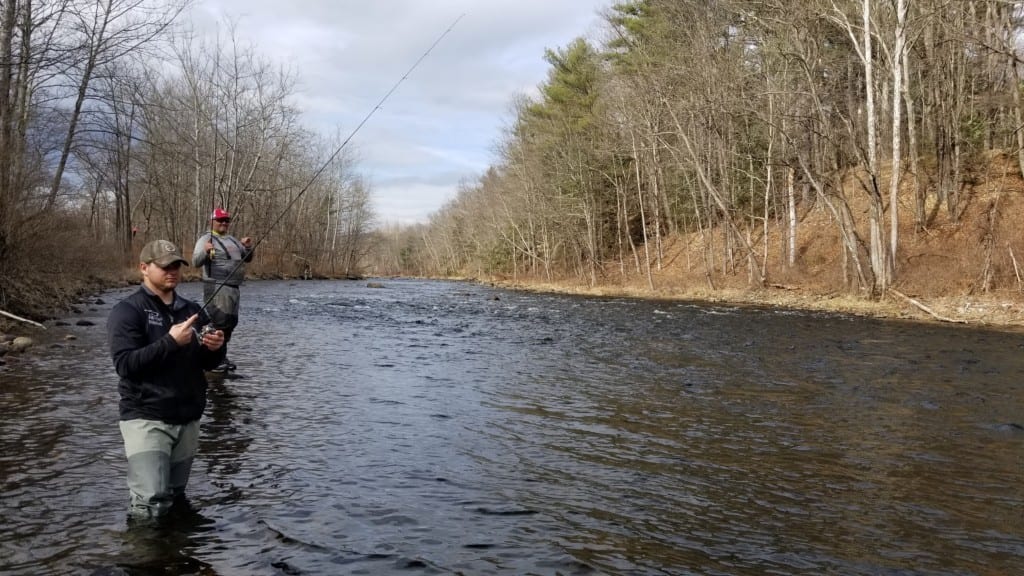 After two days on the water, however, no one could contest how well they worked. We caught quality trout quickly – and often – using Premium and Natural Trout Eggs tied with Magic Thread in Atlas Mike’s spawn netting. Meanwhile, I knew that our single eggs would be just as effective and begged Diorio to let us try them on film. He had a bunch of them in his bag and they were unopened simply because the Trout Eggs were working so well for him that he didn’t try them. 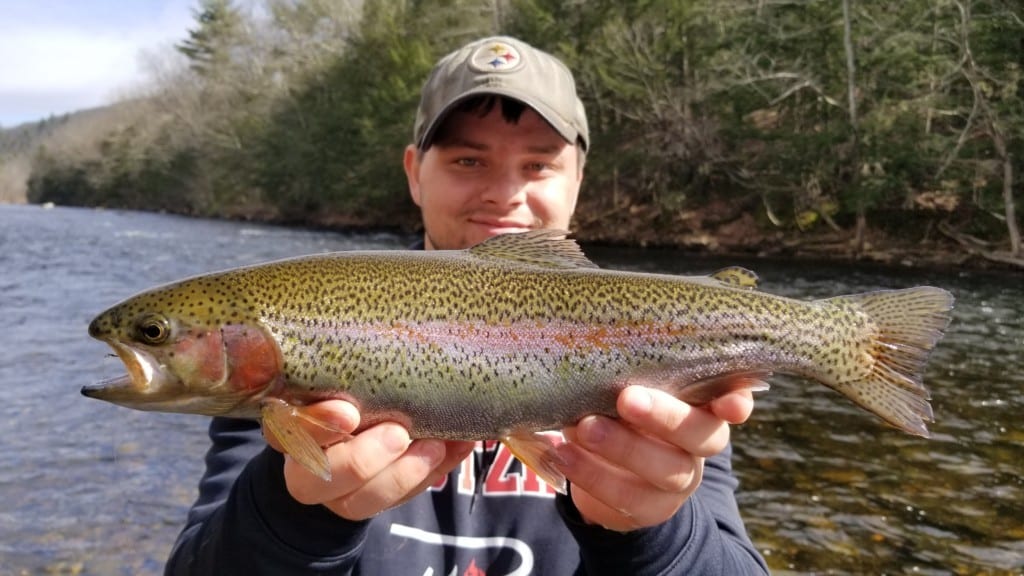 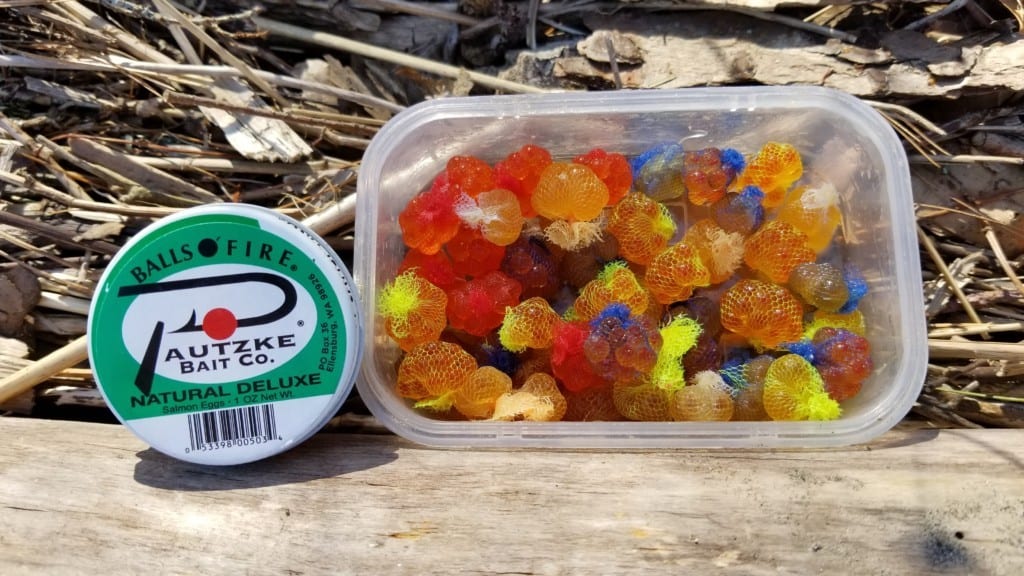