In the summer our steelhead fishing in Southern Ontario rivers is non-existent. While there are plenty of trout lakes several hours north of Toronto they can be tough when trying to plan a day trip, which is why there’s so much value in heading up to Georgian Bay to fish Depot Harbour, a small cove loaded with trout.

When I think of Depot I think of a place where you can go out of the city when other fishing is slow to catch a lot of rainbows. This is a place you can go and have the security where you know you are going to catch fish regardless of how much skill you have. It’s not technical. It’s simple fishing and a great place to retreat to when steelhead is slow or the weather is too hot. 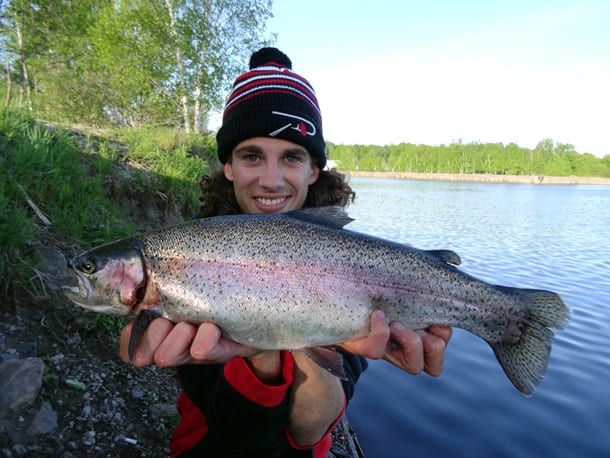 Regardless of the time of year Depot Harbour provides trout. It’s less than three hours from pretty much anywhere in the GTA. What I like about drive up here from the city is it’s not like the stocked ponds we have in the Toronto area. It’s Georgian Bay. It doesn’t feel rather remote, but it’s still a wild wilderness area. You are fishing on the largest island of Georgian Bay and always in the presence of lots of trout.

The great thing about Depot is you can be a hardcore angler and catch big trout or you can be first time fisherman and always have trout that are going to tug on your line. Because of the massive number of trout being raised in pens by Aqua-Cage Fisheries, trout that have escaped the pens stay in the area to feed. In fact, you can see large numbers of trout swimming around and big fish, too. 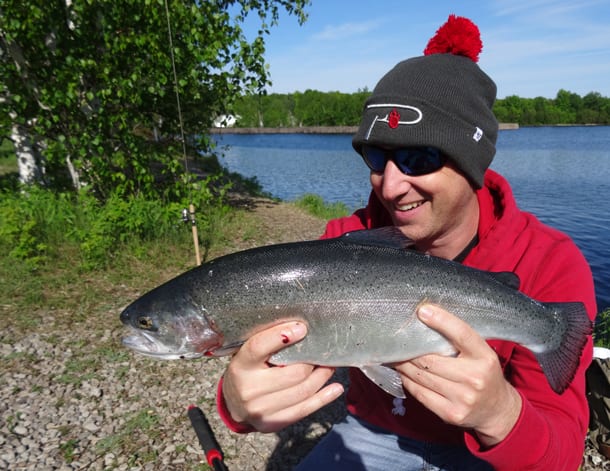 Most of the trout average one-to-three pounds. However, those upwards of 10 are available. Meanwhile, make sure to have a very long net. Most of the banks are steep. A short net can make it difficult to get your rainbow to the bank. 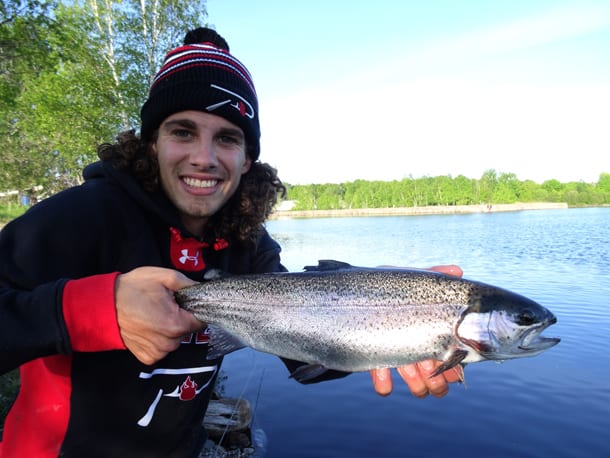 While it can be fun to use a centrepin like we would for steelhead you can use a bait casting, spin casting reel and kids can even bring out their Micky Mouse pole. You can fish it anyway. As long as your set up is right your gear doesn’t matter. Some people like to fly fish, others cast lures, but I use bait. I’d recommend a light action spinning rod loaded with six to eight pound test. 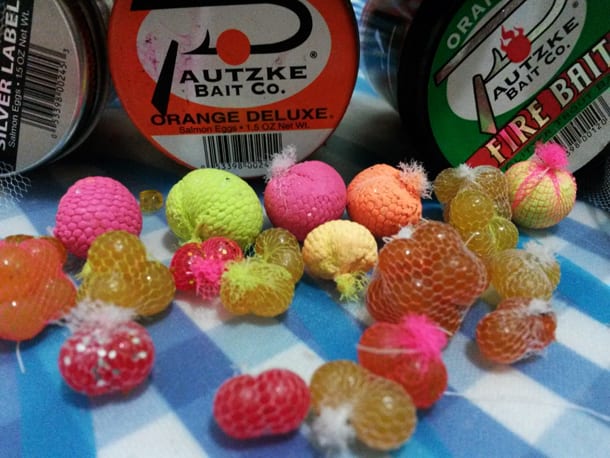 These are aggressive fish. You don’t want to use anything lighter because there are large fish that could break your line and they jump too. Six pound would be ideal. Keep in mind, the water is clear. If you use anything heavier than eight you could spook the fish. I like to use Coolwaters fishing floats and a size 8 to 12 Raven Specialist hooks, but you can use any small trout hook that will hold dough bait and salmon eggs.

I like to use bait because it’s a stillwater area. Most of the fish there do rely on scent to feed. There is no current so scent is crucial. We used Pautzke FireBait and Balls O Fire eggs exclusively and caught fish all afternoon. I find the most success doing two things, tying Orange Deluxe, Yellow Jacket and Gold Label eggs in spawn sacks and also using single eggs from these jars and placing them directly on the hook. Experiment with both and let the fish tell you what they want to eat. 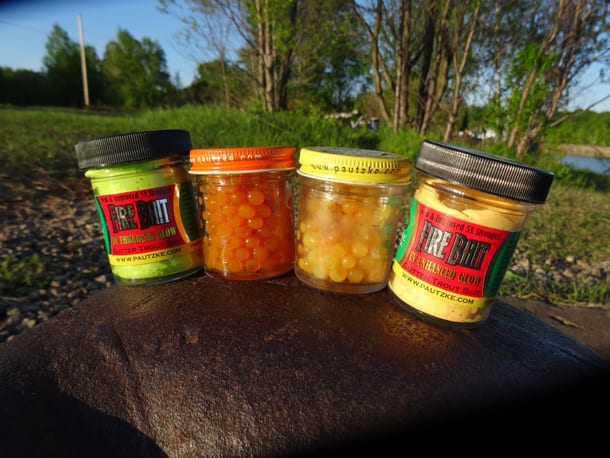 FireBait also works great. We caught most our trout on Chartreuse Garlic, Garlic Salmon Egg and Rainbow and I fished these the same way: in spawn sacks and simply molded on the hook. All the above will catch fish. 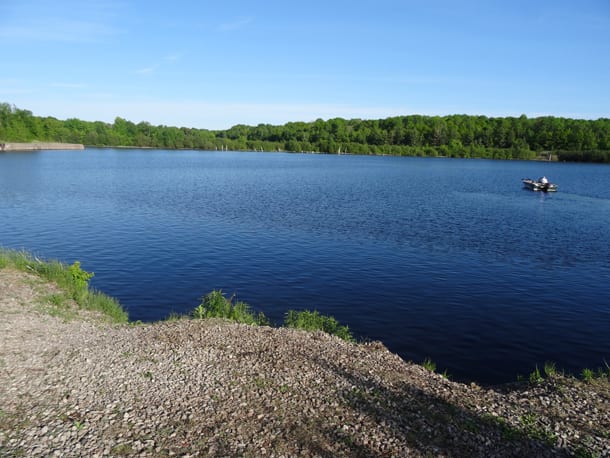 Editor’s Note: Depot Harbour is located on Wasauksing First Nation Land. A day fishing permit is require. It costs $10 per angler. Children 12 and under are free, when accompanied by a paid adult. Seniors (65 and older) can obtain a discounted permit for $5. Anglers may keep two trout with a sport license and one trout with a conservation license.