Under normal conditions the fish on the Sacramento River are biters. They are easy to catch during the summer. On the other hand, with the drought we have now things are significantly different because the water is lower. The fish aren’t hanging on the edges like they are on a normal year like they do when they are letting out a bunch of water.

The key to learning to fish the river when the water is lower is simply adjusting sections of the water column you target during certain times of day. As the sun rises you have to go deep. You aren’t going to stay in that faster water where they bit early in the morning. They retreat to the deeper, cooler section of the river, especially right now because it’s warmer and there’s less water. Keep in mind, while the water is still 55 degrees in the morning there’s much less water than we are used to do. The water can go as high as 58 by the time I’m off the river, which doesn’t seem like much, but it’s a lot to them. 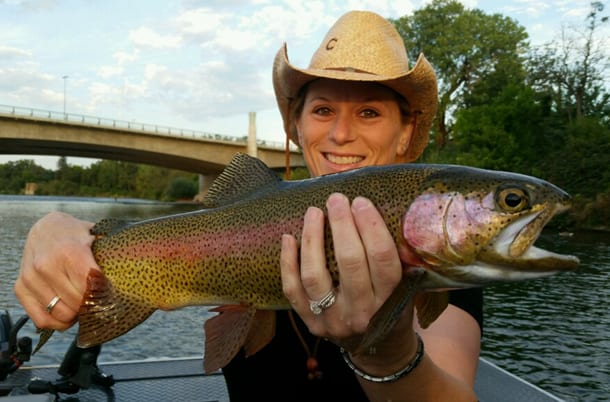 The most important aspect to change when faced with these water conditions is bait presentation. You have to size down to catch them. I’m using small, little baits. I’m talking the size of your pinky. You have to go small. With less and clearer water if they see a big glob coming down they don’t want to touch it. Downsizing doesn’t spook them. If we had more water they’ll hit a larger bait for sure, but we don’t. 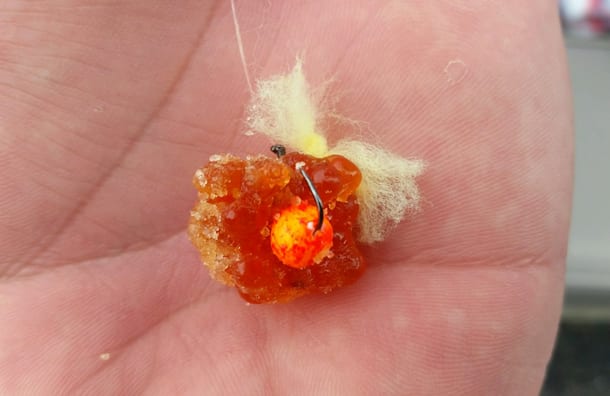 My techniques haven’t changed when targeting Sacramento River trout. Consequently, my size of the baits has. Early morning and just before dark are yielding the best bite. The first two hours of light and the last an hour and a half are best. Sure, you’ll pick fish off here and there mid-day, but those bite times are better. Keep in mind, it’s been getting up to 115 during the day.

Most of the time I use bait because the fish are biting it. I use Natural BorX O Fire cured roe. I’m sure red and pink works, but I like the natural looking stuff and it’s been working so why change it? However, the bait can’t be larger than your pinky, if not smaller. I’m fishing the roe on a size 8 Owner mosquito hook. I always use P-Line six-pound fluorocarbon leaders and eight-pound CX mainline. 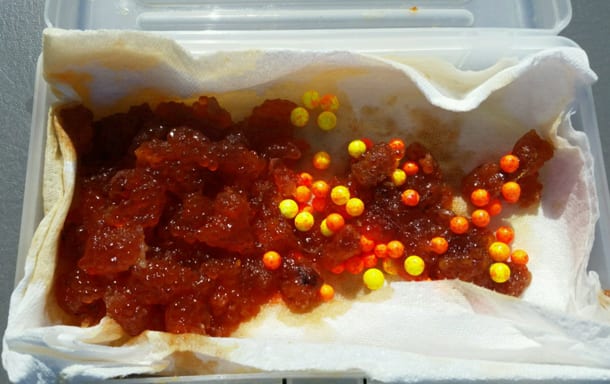 Once the sun comes up it’s been harder to get them to bite bait so I switch to plugs. They normally don’t hit the plugs right away, but after seeing the plug in their face for a while they will smack it. I use size 50 Hot Shots, but you can use any small plug as long as they are running right. Pee Wee Warts, tiny Flat Fish and Kwik Fish all work. They need to be small, though. They won’t hit the big stuff. 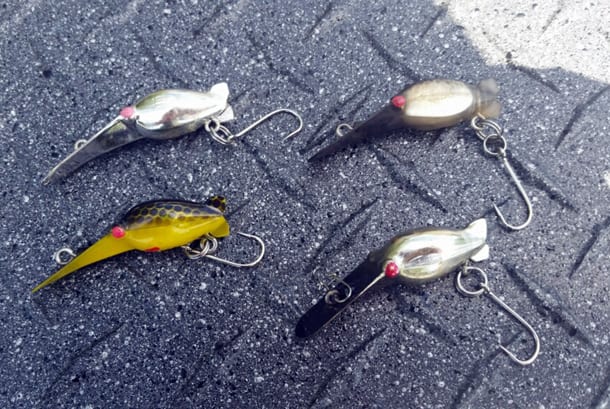