On the heels of an excellent big lake season our GTA rivers are plugged with salmon. Most Lake Ontario tributaries (east and west of Toronto) still have an abundance of salmon. I’m expecting the run to last at least a few more weeks. Meanwhile, Georgian Bay, Lake Huron and Lake Superior systems do not have the same abundance of fish as Lake Ontario, but their systems are still seeing some good salmon fishing. The run has peaked, but large returns this fall will keep anglers in the mix for salmon through early November. Traditionally, the run tends to last longer on our western tributaries. I think that will hold true this season.

Our Lake Ontario tributaries are in the midst of another good salmon season. I wouldn’t call it exceptional, but we have a healthy run, just like we’ve had the past few seasons. It’s much better than it was several years ago, however. We haven’t seen any huge salmon, but a 20-25 pound average is nothing to complain about. There’s a lot of quality fish in the rivers. 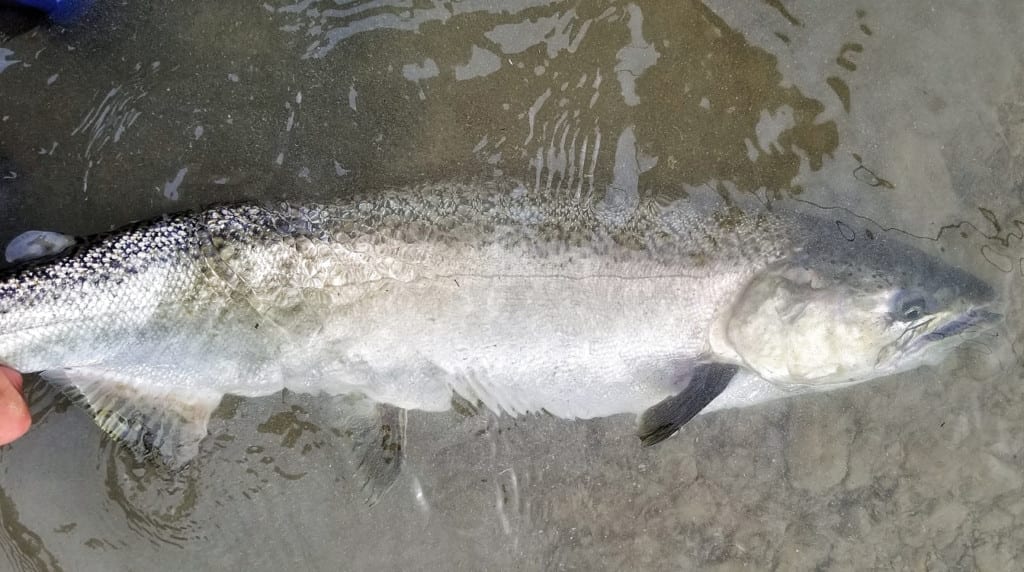 In the GTA river fishing from shore or by boat has been good since September and remains hot today. Although I like to cast hardware such as spinners, spoons and crankbaits for salmon from shore, skein fishing has been the most effective way to put Chinook on the bank. When the bite slows after water levels drop salmon corral in deep pools, estuaries, and harbours until the water levels rise again. Low water levels provide a great opportunity to catch these fish in a sportsmanlike manner in areas where fish have a slim chance of being foul hooked.​

When float fishing for salmon my favourite cured skein chunks are still my combination of Pautzke’s Red Fire Cure and Pink BorX O’ Fire. Not only do bright eggs get a lot of attention they are like candy to salmon hanging out in pools. The link below details exactly how I cure my skein: 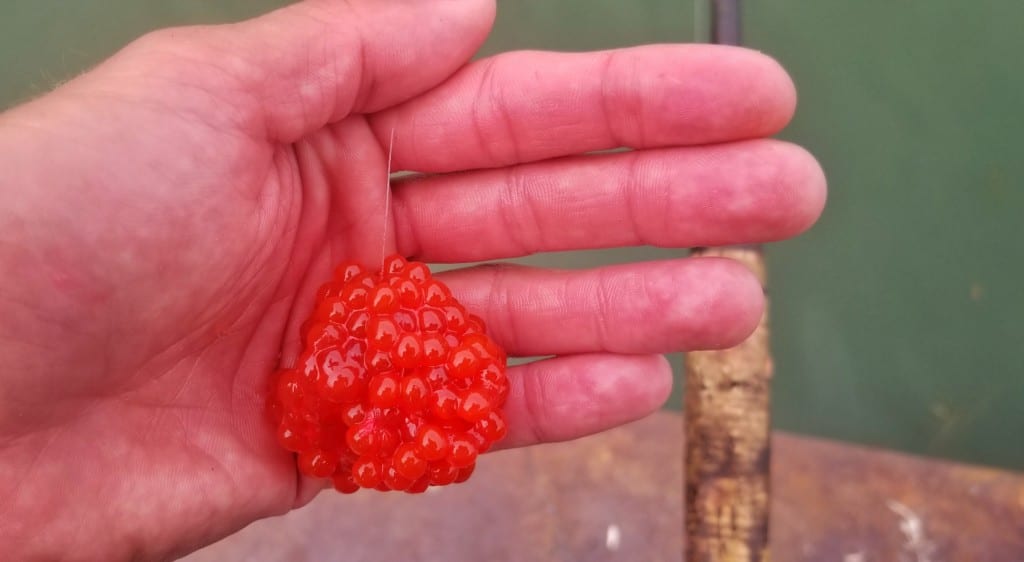 Under a float I like to run my presentation at least a foot or two off bottom. When fishing with skein chunks salmon are not line shy and are willing to engulf suspended baits. I use big chunks of skein, but have noticed that when the bite slows it’s best to downsize. Pink is a tried, tested and true colour. Some days I’ve drifted natural or orange due to clear water, but salmon still wanted pink. 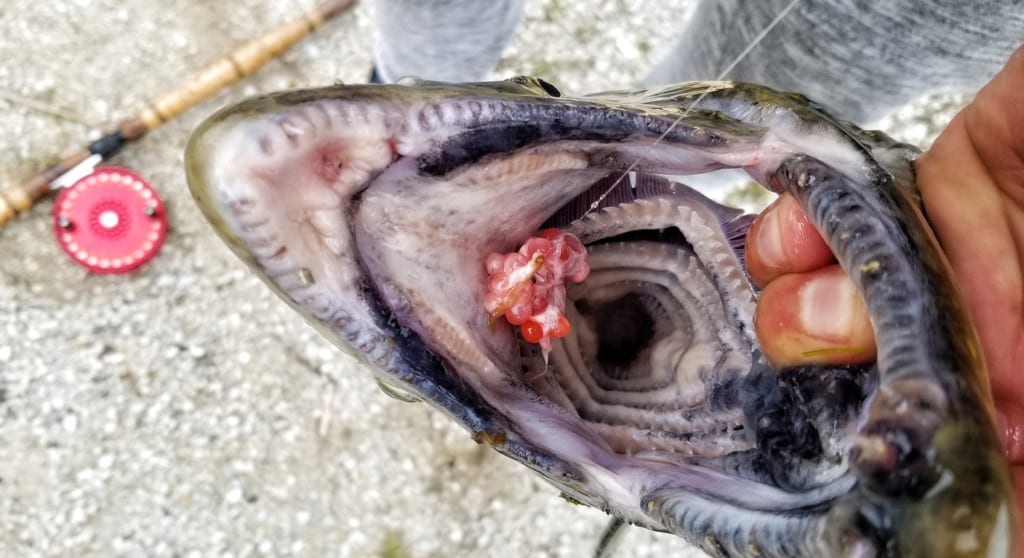 If you aren’t catching any salmon after trying bait and lures, or the bite has died down, it is time to move. Some of my best days have been when my friends and I decide to put a few extra kilometers on our feet. Just because there aren’t any anglers in a particular spot, or there aren’t any salmon rolling, doesn’t mean they are not there.

It has been a great fall season thus far considering I’ve had lots of success on many Lake Ontario, Georgian Bay, Lake Huron and Lake Superior river systems and it’s not over yet. The weather has been relatively cool as of late, which will provide great water temperatures not only for the salmon to spawn, but to also bring in those hard fighting, chrome fish that are sought after my many river fishermen: steelhead. For now, though, it’s still salmon season and will be for a few more good weeks.

Editor’s Note: For more info on Bojangles and his Ontario fishing adventures and seminars please visit https://www.facebook.com/anglewithbojangles or https://www.instagram.com/angle_with_bojangles.