TJ Hester wasn’t sure what he wanted to do. In town to film Pautzke Outdoors, we planned to steelhead fish the Hanford Reach section of the Columbia River, but unstable water conditions kept the bite inconsistent for the week prior. Up until a few hours before launching we weren’t sure if trying for walleye or sturgeon would serve us better.

Fortunately, water releases ramped down the day before we fished, which allowed the system to stabilize, thus putting the steelhead in a better mood. Had dam operators continue to play with releases the steelhead bite would suffer and we would have targeted another species. 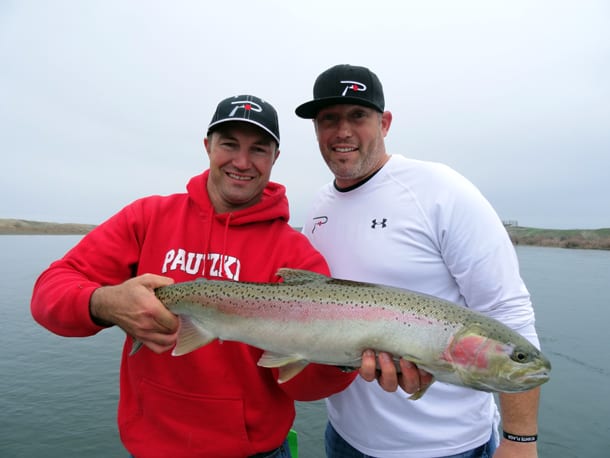 “The fishery can be good from October through March when the water is consistent, but we see massive swings here. It can move 16 vertical feet on The Reach in a hurry,” says Hester, owner of Hester’s Sportfishing. “My favorite water flow is 180,000 cfs. When the water changes a lot they get pushed around and don’t feel like feeding. That’s a lot of water for the fish to contend with at once. It takes them out of the bite mode. You don’t want it going from 100,000 to 180,000 to 100,000. You want it from 160,000 to 180,000 and when it is fishing can be very good.” 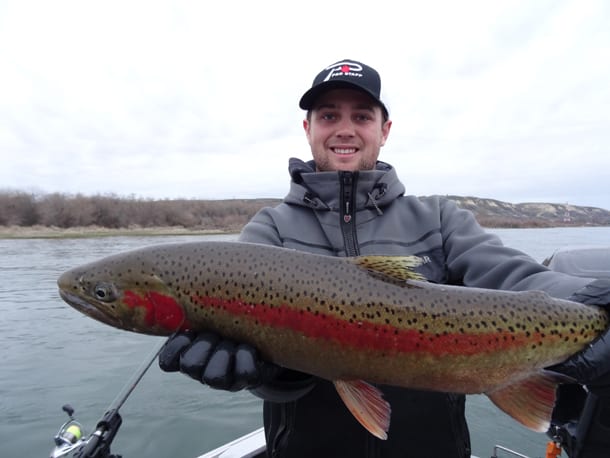 The Hanford Reach can be one of the top producing hatchery steelhead systems in the Northwest from fall through early spring. Bank anglers and boaters have a front row seat to steelies returning to the Ringold Springs Hatchery in large numbers. It’s a place where – when the bite is on – anglers can find consistent action on fish they can keep for the barbeque. (Limit is two hatchery steelhead, per angler, per day). 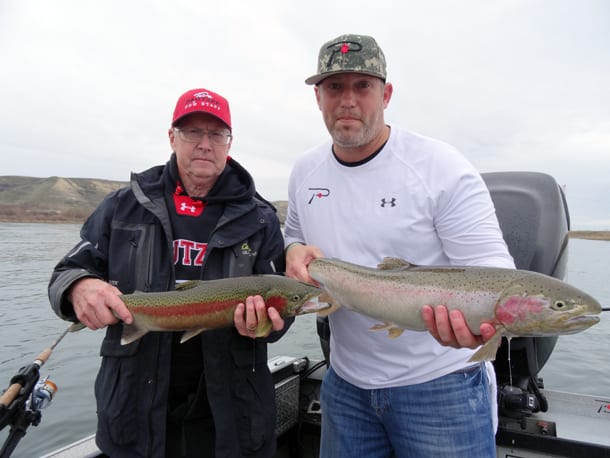 While action wasn’t off the hook we caught an ample amount of steelhead and did exceptionally well given conditions. Fortunately, we came well armed. Hester makes use of an array of baits, rather than focusing on one. While he might beg to differ, it seemed his favorite setup was a single Puff Ball teamed with a single Pautzke Balls O Fire salmon egg. 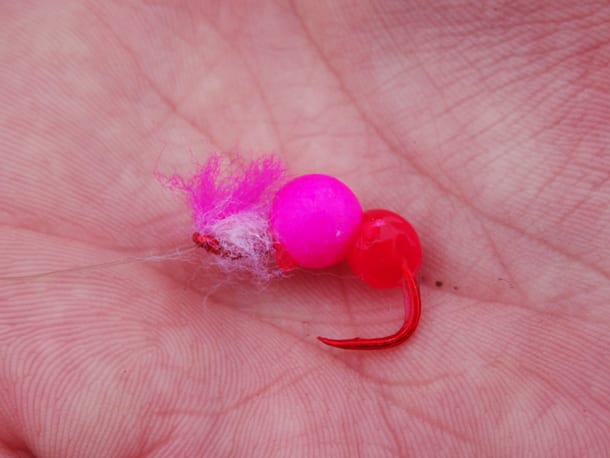 “My favorite bait up here is shrimp, but in March the bite tends to go several directions,” Hester says. “I always have shrimp, eggs and Puff Balls with me. The bite changes several times each trip.” 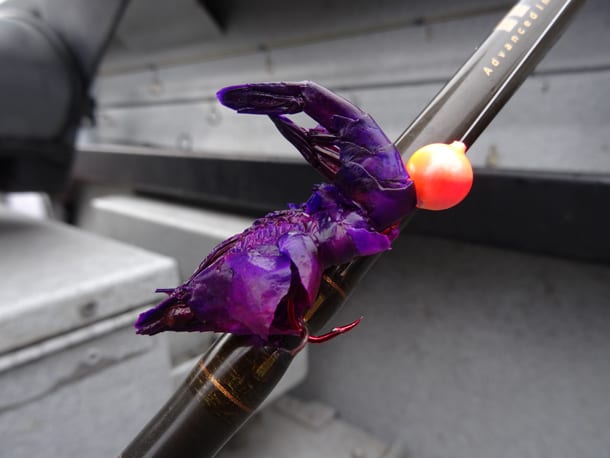 As for which egg he uses, I saw Premium, Gold Label and Orange Deluxe close to his person, but if you ask him which works best, he’ll give you a vague answer.

Cured eggs are a mainstay, too, and during steelhead season he’ll use mostly Pink and Red BorX O Fire cured eggs, likely fished with a Pink or Orange Corky. In fact, we caught him coupling Nectar and Fire Brine cured coon shrimp with eggs a few times. This time of year expect Hester to be employing a leader line of Maxima 10-pound fluorocarbon or Ultragreen along with 10-pound Maxima Braid 8 as a mainline. 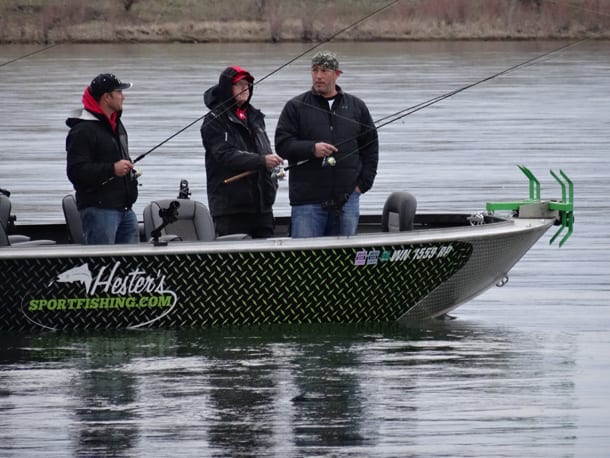