August has finally arrived and that puts me dead center of Chantry Chinook Classic Salmon Derby here on Lake Huron. The event is an annual derby that stretches two weeks each summer. For 32 years this tournament has drawn Ontario anglers to the big waters of Huron and Georgian Bay in search of a top 25 salmon or top 5 trout.

In terms of salmon, those 30-pound winning kings of the past are gone, replaced with Chinooks that average 10 and top out around 20. Overall numbers of salmon are far from the glory days as well. Since the bait crash on Huron nearly 15 years ago, numbers and size have plummeted, and ardent trollers now ply the waters for a handful of bites per trip. Making the most of time on the water, and putting all the odds in your favor goes a long way to success when there are fewer fish to be had. 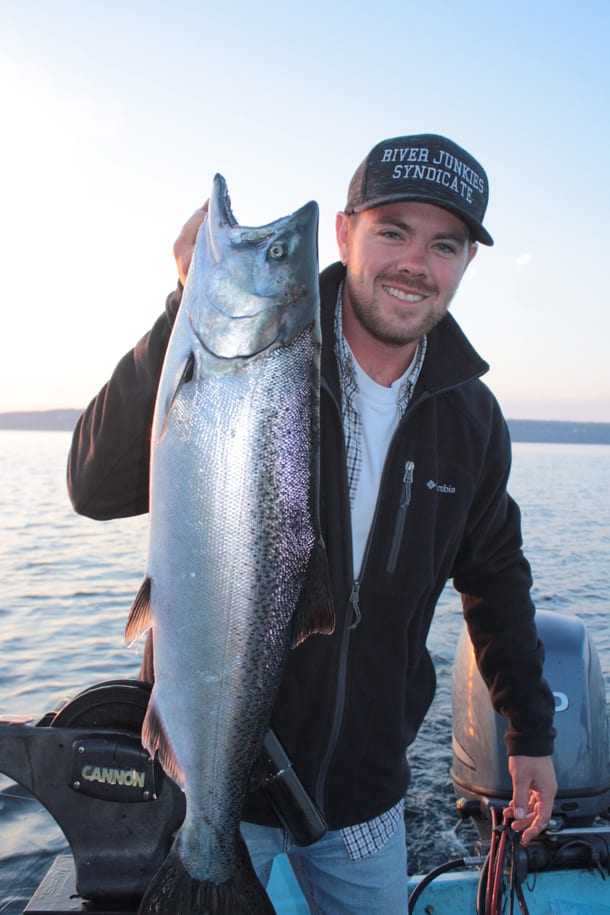 My summer Huron and Georgian Bay salmon approach is pretty basic, but proven over and over again as a steady producer for mature Chinooks. I rely on two presentations, one being spoons run on lite line off downriggers and the second is a flasher/anchovy set up that consistently takes the majority of my large salmon in late summer. Anchovies are my bait of choice when it comes to pulling bait behind riggers. Locally, these West Coast baits are a valuable commodity, often fetching prices at tackle shops of $20 per 10 pack and breaking the wallets of local anglers. For those who do not know how to prep and brine anchovies, this can become a huge waste of money and stinky boat cooler. With such expensive, yet productive baits, it pays to properly brine and maintain your meat. 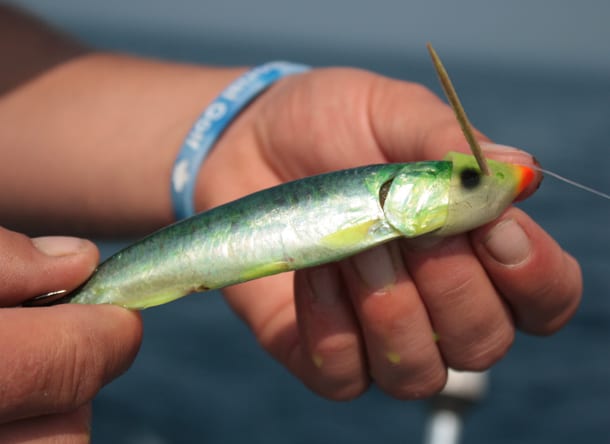 I purchase frozen Rhys Davis anchovies locally and allow them to slowly thaw on the counter for roughly 30 minutes. I then run them under cold water to allow them to separate in order to not break the tails. From there, I brine the entire package in roughly a ¼ bottle of Natural Pautzke Fire Brine. I add two tablespoons of Kosher salt, a tablespoon of Fire Power (krill powder), and a few squirts of Chartreuse Pautzke Fire Dye. The new bait dye is incredible in terms of absorption with previously frozen baits, even achieving better results than the dye found within the Fire Brine. I leave these baits to soak overnight in the fridge, but manage to achieve results within a few hours if I am in a pinch and need to rush the process. I can leave these baits, chilled on ice inside the brine Ziploc for over 48 hours without any negative effects. After two days, if I have not fished all the baits, I remove them from the liquid to dry Ziplocs. You can keep them fresh for up to a week if they are cold! This is impossible with anchovies that are not brined.

I fish the brined ‘chovies in Rhys Davis anchovy heads rigged on 30-pound Maxima Fluorocarbon. I run my leaders anywhere from 30 to 70 inches long behind Spin Doctor Flashers from Dreamweaver Tackle. The business end of the rig is either an Owner treble hook, or Eagle Claw double single harness. Ideally, you like to run this presentation 15-30 feet behind the ball off the rigger to keep hook up percentage high. I tend to rely on chartreuse dyed meat, or green and like to match my flasher color to the bait. This setup up is my moneymaker during the low-light feeding window of dawn and dusk, and sparks aggressive response to fish off the feed and starting to stage. 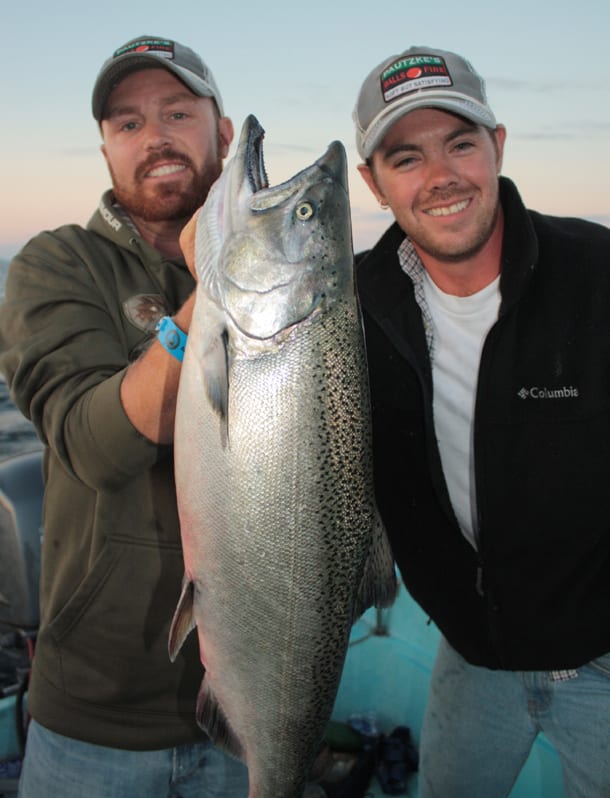 During mid day hours I often switch up the program and fish spoons, specifically Hot Fish spoons doused with Pautzke Liquid Krill. Due to the extremely clear waters of Huron and Georgian Bay, I like to stretch the spoons at least 75 to 100 feet back behind the ball. This is more of a finesse approach, requiring lighter line in the 10-14lb class. For spoon spreads and flasher and meat combos, I like trolling speed ranges between 2.5 and 3mph.

August salmon season is here. Anglers have multiple events to take in during this month on Huron, and plenty of salmon will find their way into coolers of wise trollers. Add some of these tips to your arsenal and you to can jam the box with the finest salmon fillets east of the Rockies. 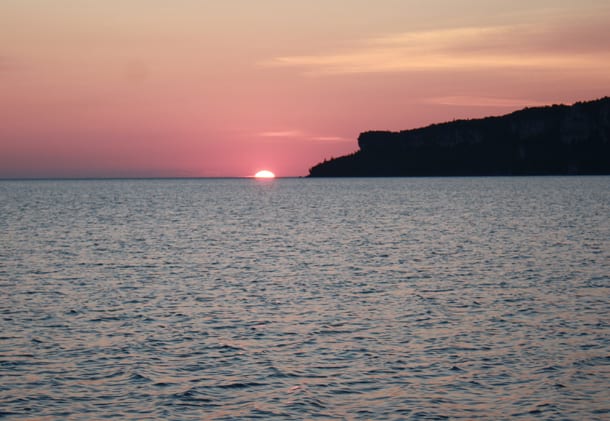 Editor’s Note: Josh Choronzey can drink a Timmy’s Double Double with the best of them and knows the Southern Ontario trout, salmon and steelhead scene as well as anybody. He’s the outdoor writer for the Owen Sound Times.