Virginia and North Carolina’s Kerr Lake has produced the largest blue catfish ever – a 143-pound blue catfish – and while we flew cross country to film an episode of Pautzke Outdoors here if we were locals we would have cancelled yesterday’s session.

There’s been no stability in the weather the past week. The barometer has fluctuated like tides on the nearby James River, storms have moved in and out daily, high winds have plagued angling and temperatures have shot from 80 degrees one afternoon to a high of mere 40 the next day. The fish are confused. Patterns haven’t been established and variables can’t find consistency.

Being a veteran guide, Chris Bullock of Kerr Lake Crappie & Cats wasn’t prepared to put a stamp of success on the trip and warned us action might be brutally slow. Meanwhile, without the option of rescheduling (we got blown off an ocean-like Potomac River and scary looking James River the day prior) we launched on the Virginia side and tried our luck. 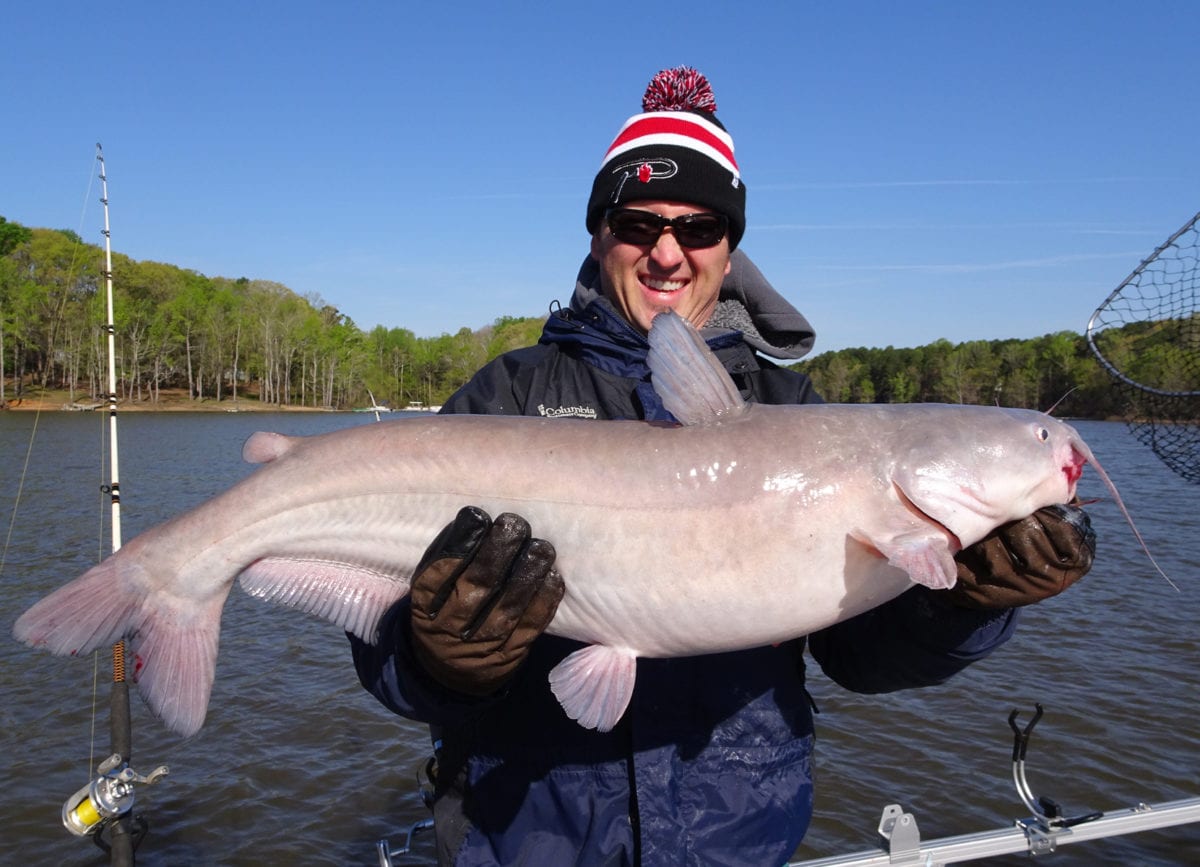 Bullock wasted no time getting lines in the water. He opened a cooler, grabbed a few palm size crappie, placed them on a cutting board and sliced them apart with an electric Rapala fillet knife.

“These are my baits,” he said, holding a piece of freshly cut crappie and pointing to a bag of dead shad he attained in a net.

“Yours are over here,” he told me, as he opened a cooler and pulled out a Ziploc filled with Catfish Nectar, which had been poured in the night before and was marinating a pile of pieces of crappie cut the night prior. “I followed your instructions and let it sit in this bag overnight. Let’s see which stuff works better: yours or mine.” 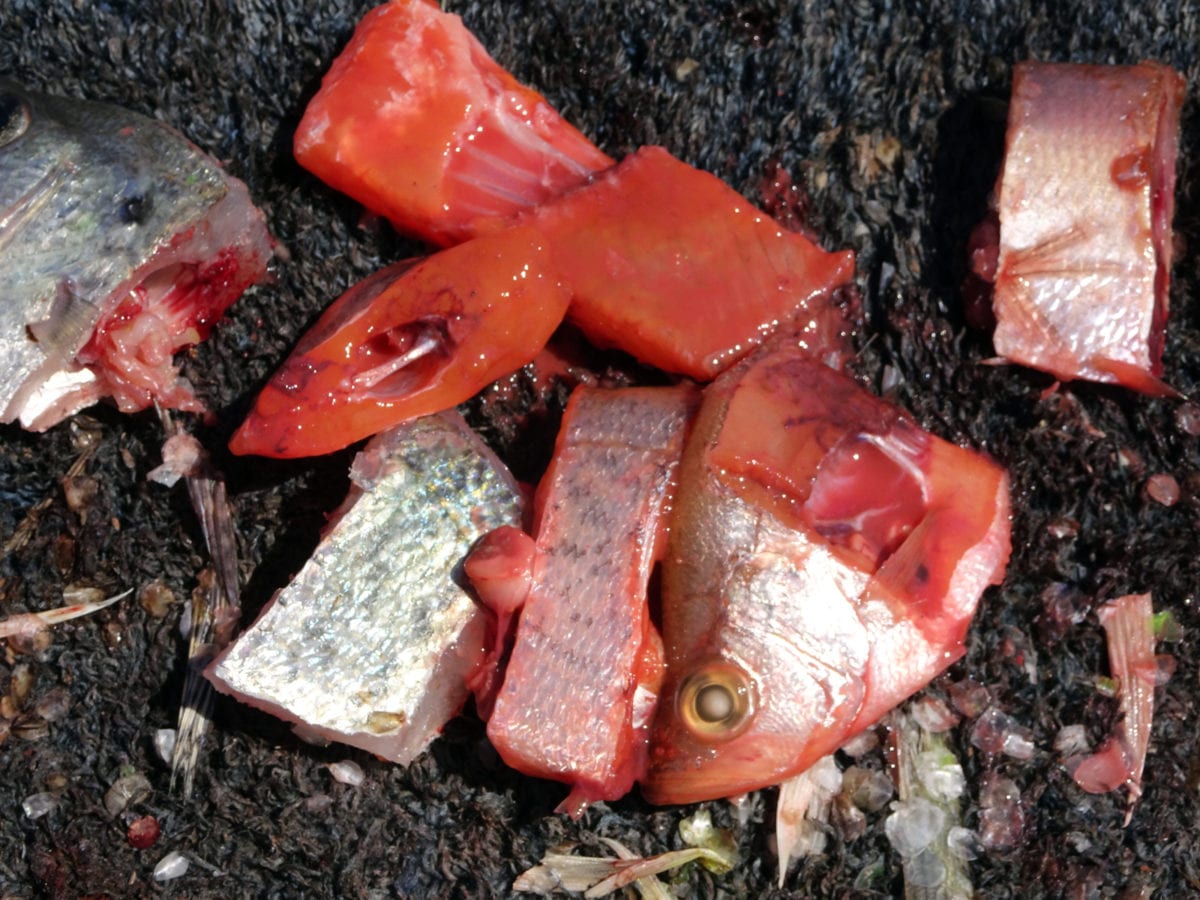 Bullock and guide Wes Jordan or Redbeard Cats orchestrated a congregation of rods off the back of the boat, carefully positioning to have one Catfish Nectar scented bait, and then a fresh, cut crappie. Every other rod had Catfish Nectar and every other had a fresh bait. We filmed the entire day to capture the results. 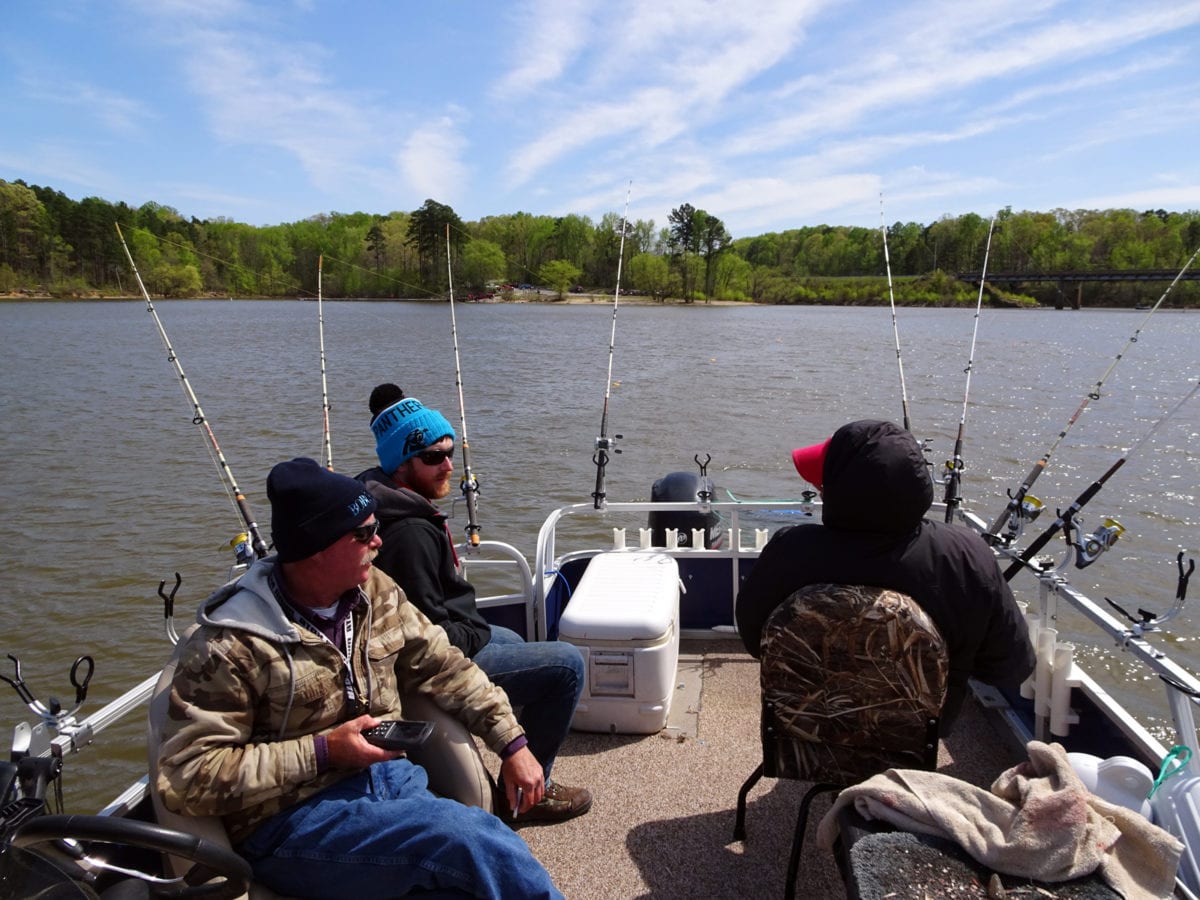 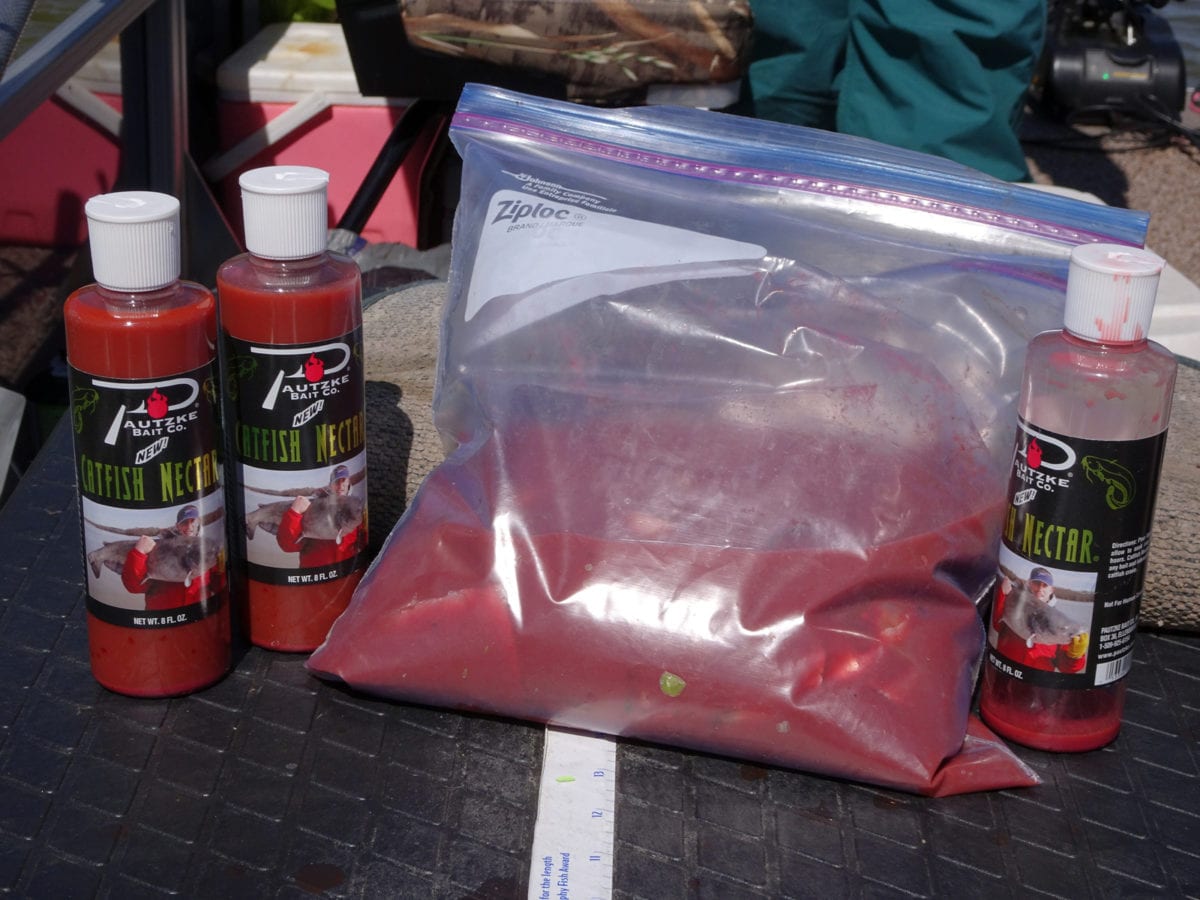 We fished on the Virginia side and found many aggressive blue cats during the first two hours before a long midday lull. Then, the late afternoon produced a flurry of action on mostly smaller cats (in fact, we even caught two, three-pound channels). While we didn’t catch any monsters, we left with plenty of action and much better than we expected given conditions. Fortunately for us, roughly 80 percent of the catfish that bit grabbed the Catfish Nectar soaked baits. 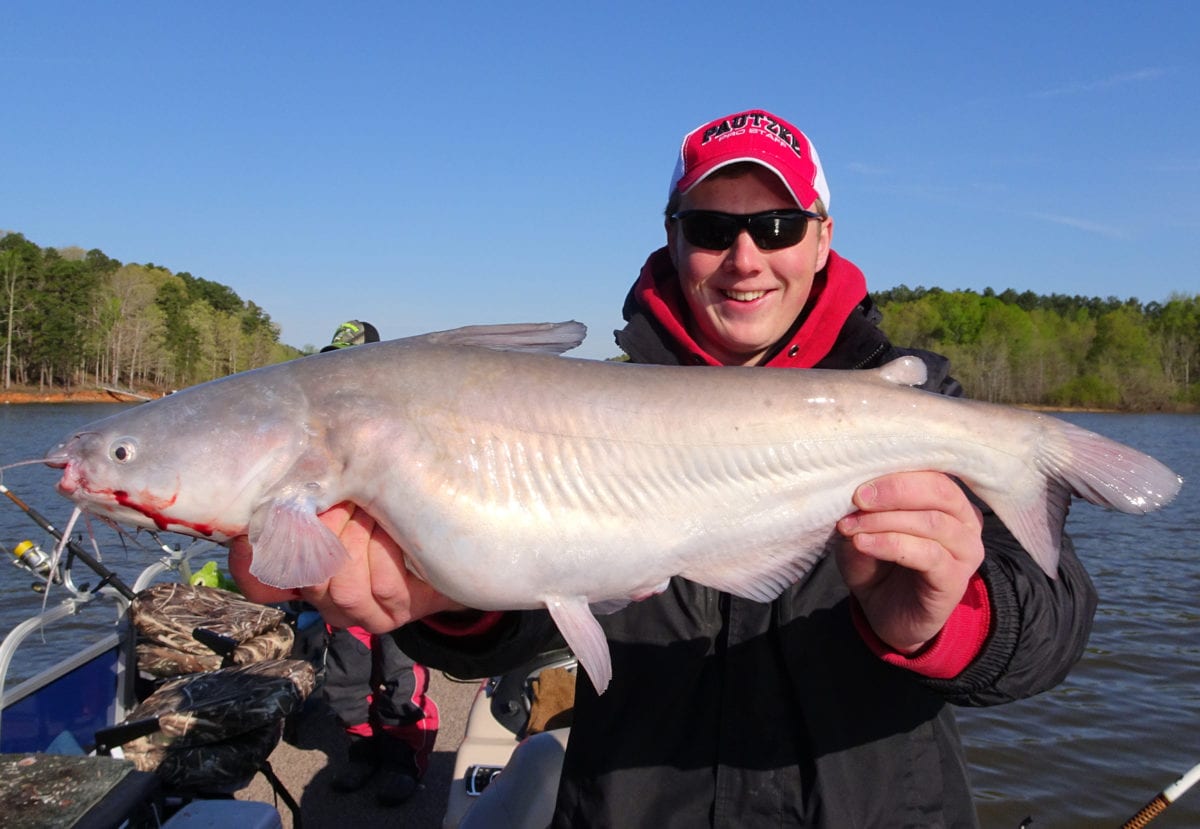 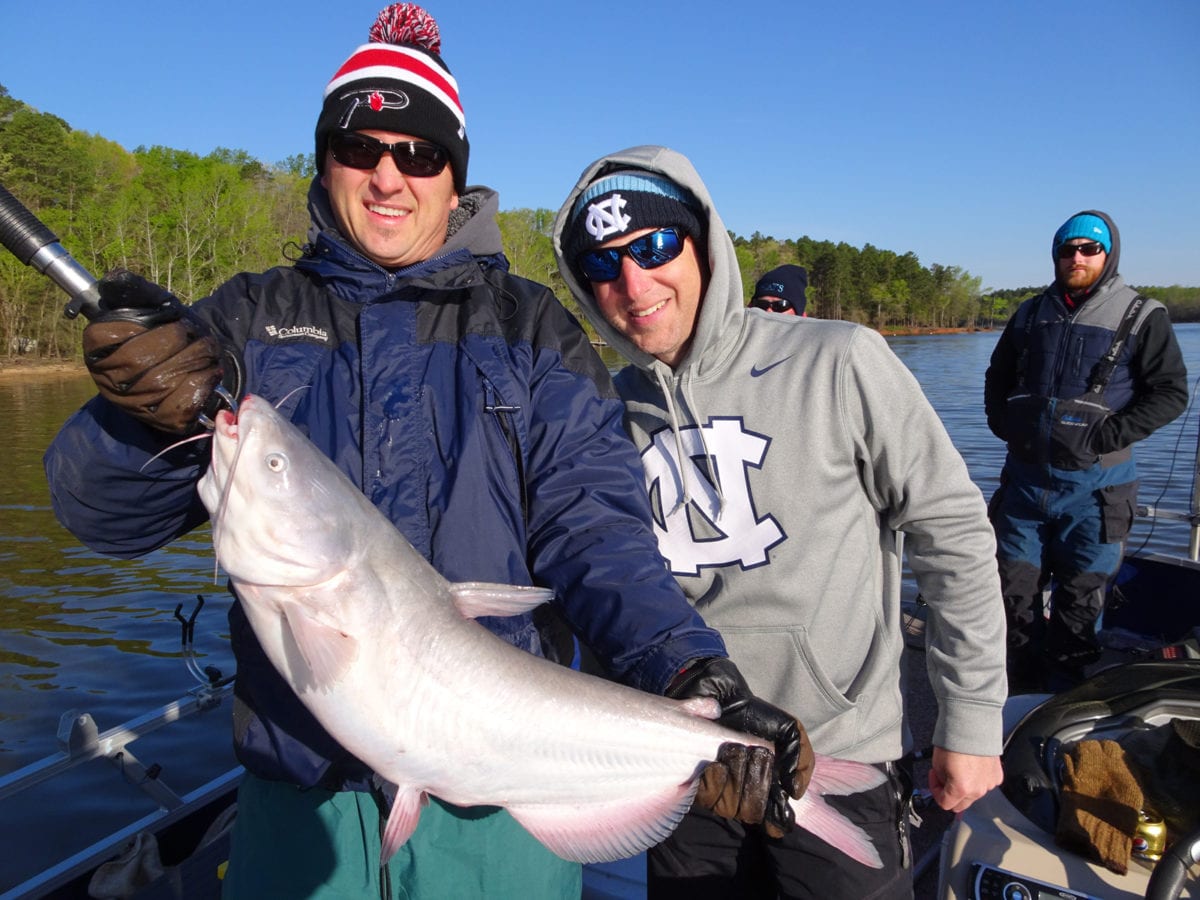