When we called the West Virginia Department of Natural Resources and asked them where their most popular stocked trout fishery was it didn’t take long for them to come back with an answer. While the state is littered with an endless number of stocked trout rivers and streams few get the number of trout the South Branch of the Potomac River does or the fishing pressure. This system is arguably one of the state’s most well known.

The South Branch is a system that gets hammered by anglers from several bordering states, and for a good reason. The WVDNR stocks a massive amount of trout here, simply because they need to. Every river, pond and stream in the state receives an unbearable amount of pressure. Meanwhile, the South Branch is pinned near the top of the list. This section is closest to Petersburg, West Virginia, but also only three hours from DC, Roanoke, Pittsburgh and Richmond and about an hour from Elkins and two from Morgantown. Lots of people consider this system their favorite place to fish. 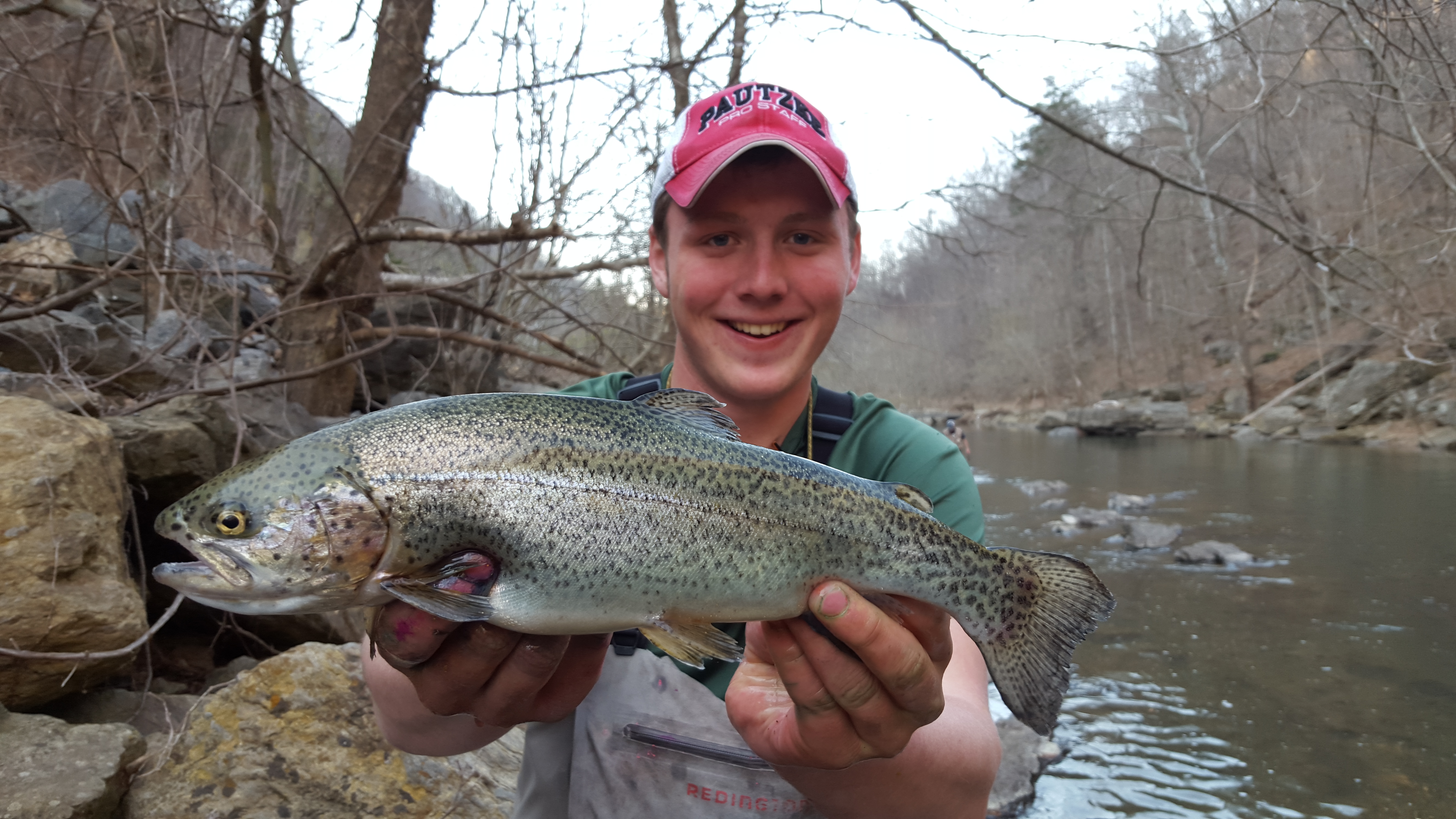 Why? Likely because of accessibility, proximity, pure numbers of planted trout and the variety of trout available. This roadside system offers lots of easy to reach roadside public access. Anglers can park, walk 10 feet and cast toward golden rainbow, brown, brook and rainbow trout. There’s always lots of trout available, even though it seems no one catches and releases in the put-and-take portion of the river. Fortunately, roughly 70,000 trout are planted from March through May.

We arrived on a Wednesday to film Pautzke Outdoors and were shocked at the amount of fishing pressure. Anglers lined the banks. In fact, we had to bypass the first few miles of stocked water and continue downriver to find a single hole to make a cast. This is the norm from late winter through spring. If you’re looking for serenity this isn’t the river for you. 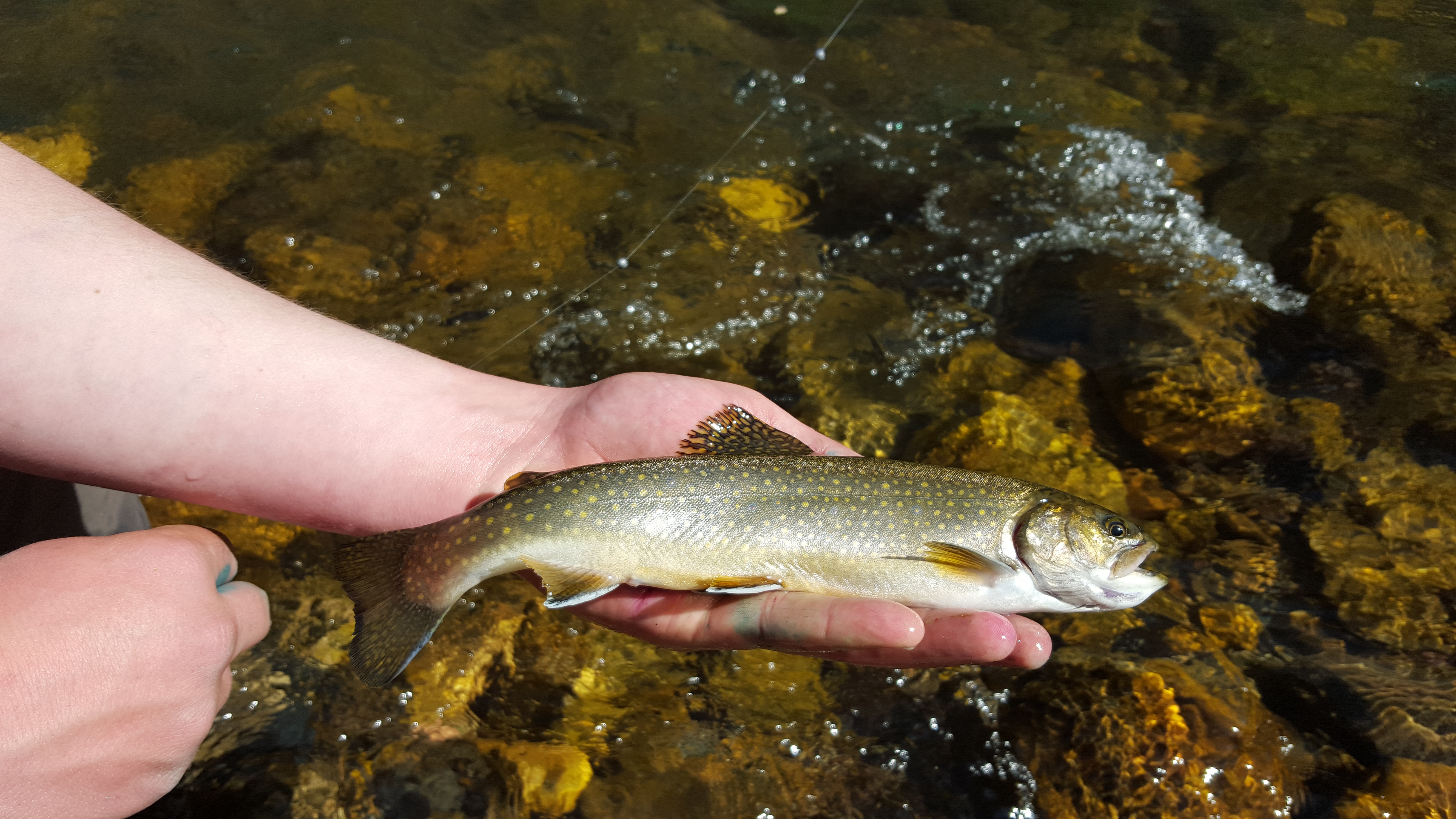 This was our first time to the South Branch. We had been given basic directions and told to find a place to fish, which quickly became a chore. In fact, as we migrated upriver we settled on stopping where we could find a parking place as pull offs were taken. We waited for two guys to leave a 20-yard long hold before fishing. Roughly 30 minutes later the duo left and explained to us the hole had already been gutted on their way out. This hole was roughly 50 yards upriver of the catch and release section.

Our party of four spread out on both sides of the hole and caught so many trout that I couldn’t keep up with filming all of them. We waited for the guys to leave because we saw a few small golden rainbows and wanted to catch them on video, which we did in addition to a dozen rainbows before we moved on. All the trout at this hole were caught on Chartreuse Garlic and Natural Deluxe salmon eggs. Meanwhile none breached 14 inches. 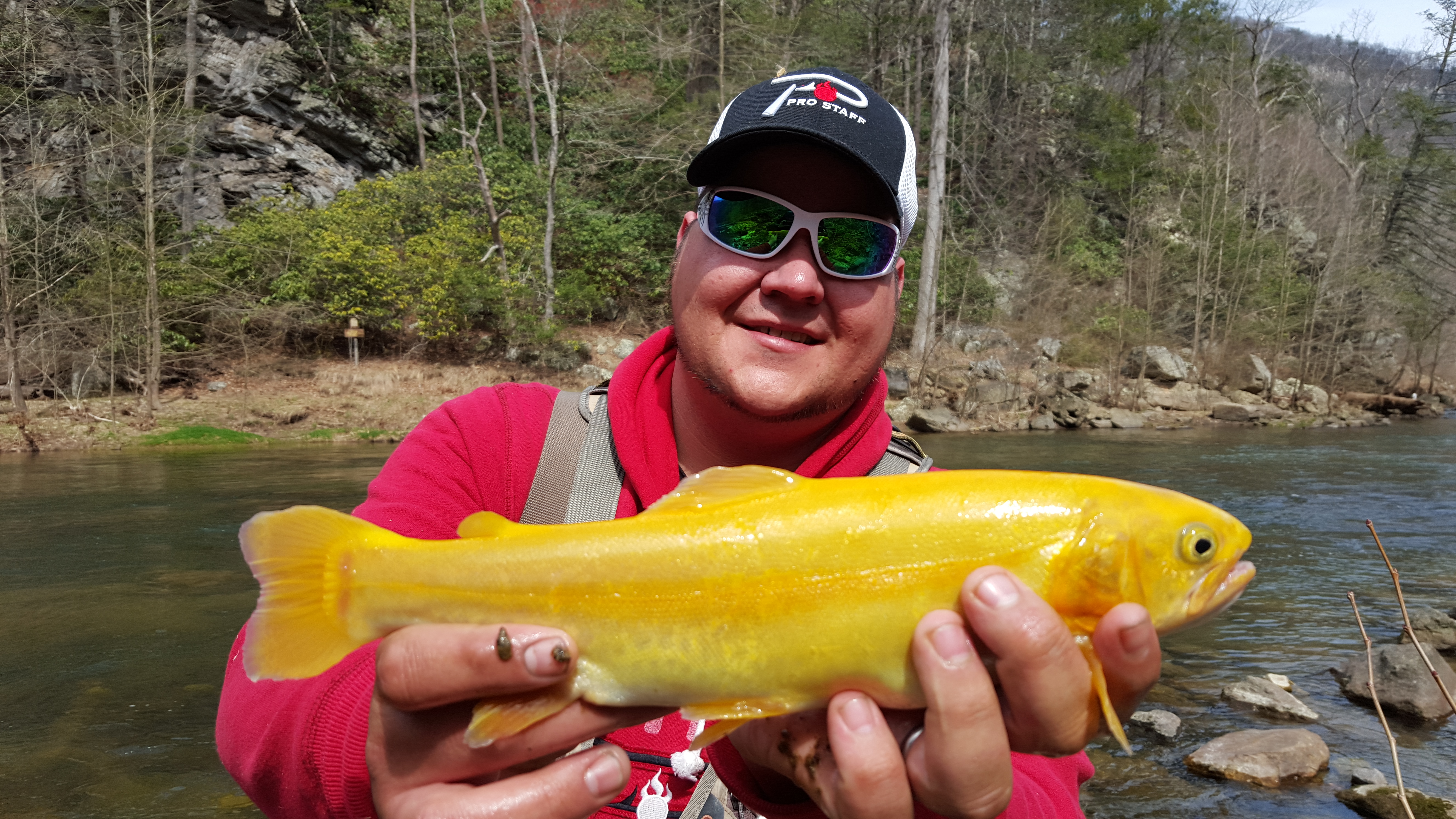 After an hour we drove downstream past the catch and release section and found a few massive holes roughly a quarter mile upriver from a narrow bridge. The bridge had roughly 15 guys on it casting for trout and the hole above that another dozen. This time we focused on Yellow Jackets, Gold Label, Silver Label and FireBait and quickly caught and released more than two dozen trout, most of which were rainbows, a few brook trout and four golden rainbows. 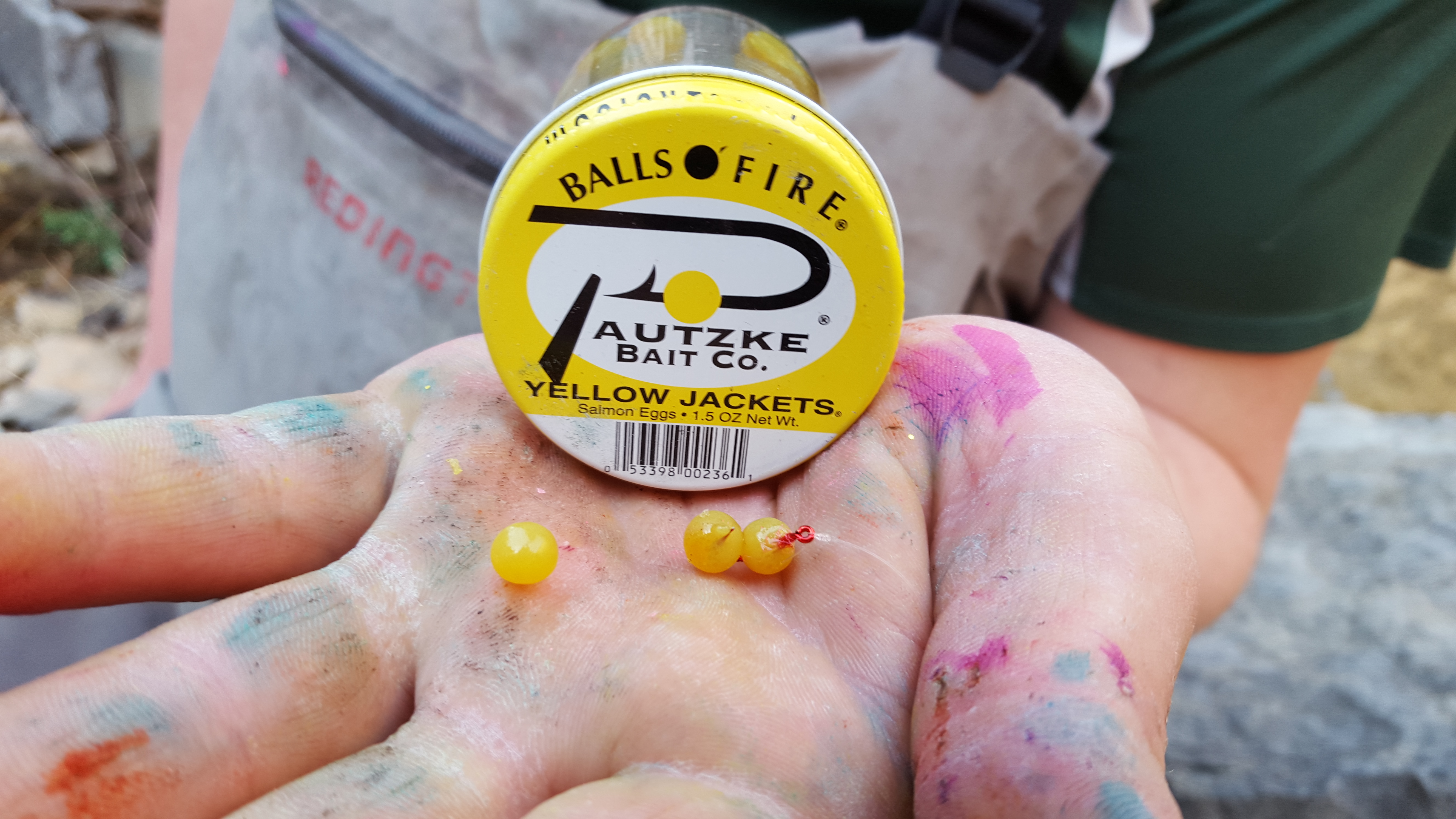 When casting the right bait action was non-stop. The above-mentioned Pautzke eggs and FireBait made catching easy. Ironically, the guys who weren’t catching trout did after we walked the shoreline and handed out a few jars. Having quality eggs is imperative given the high fishing pressure.

However, it’s also important to use four-pound monofilament line to overcome clear water. We used Trilene and Leland SOS line and very small single salmon egg hooks, mostly Gamakatsu size 10. While many guys drifted the bottom all our action came floating the eggs under a Trout Magnet float and employing BB Water Gremlin split-shots to keep the eggs down. Keep in mind this isn’t a small system rather a river with large runs, deep holes, riffles and big tailouts. It’s has the ability to harbor trophy fish and holdovers, although the insane fishing pressure keeps most trout only in the system a few days. 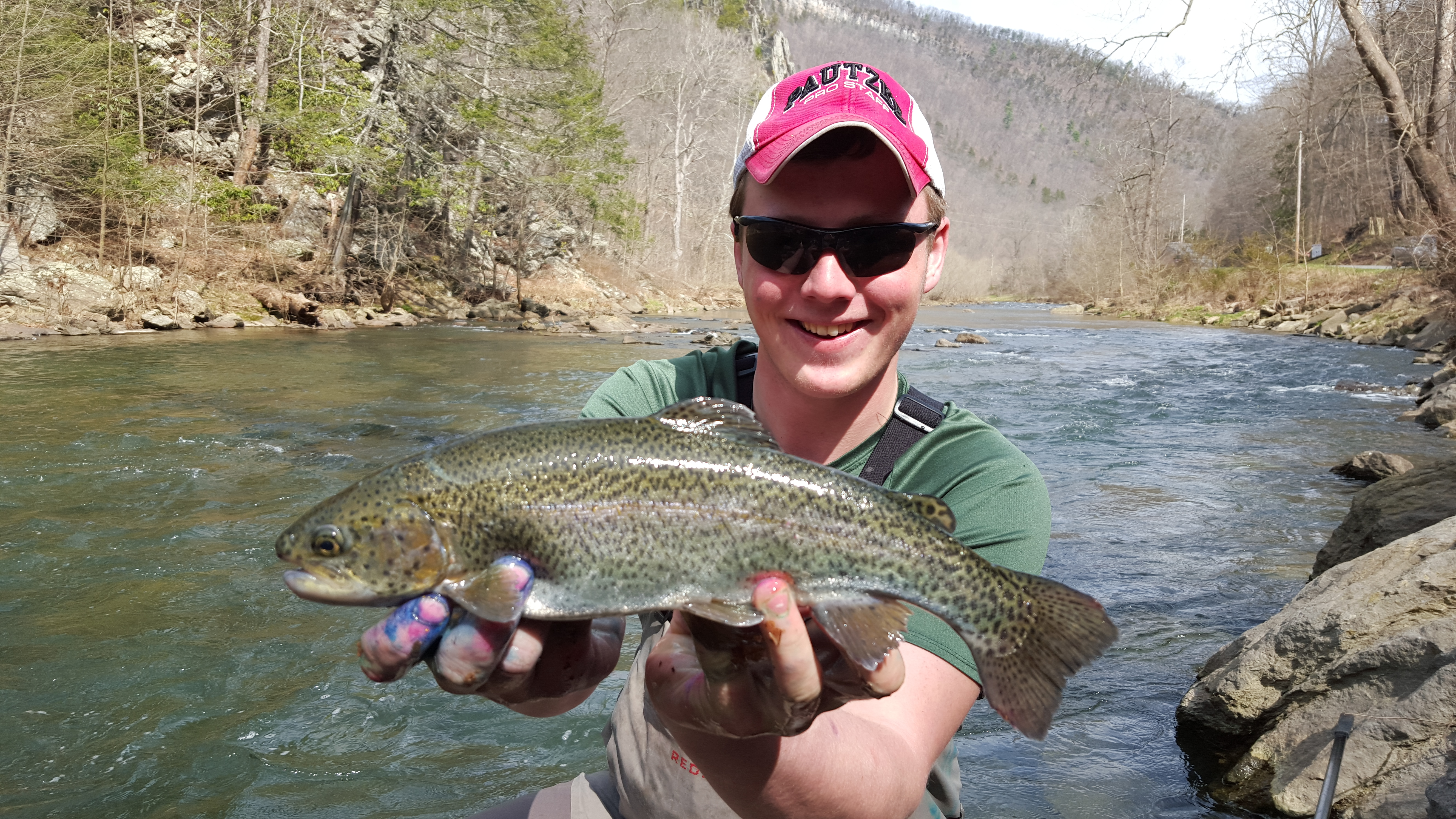 Editor’s Note: Pautzke’s new salmon eggs are available in most Southwest Virginia, Northern Virginia and West Virginia Walmart stores and at Cabelas and Bass Pro. Petersburg is the nearest town with services and Moorefield the best option for full services. There are no services along the river.