If what we’ve seen these past few weeks on the Lower Klamath is an indicator of what’s to come I think we are going to see lots of three-and-four-year-old salmon this summer. We haven’t seen this many large salmon in at least five years. I’m holding out hope we have a good number of fish in the run.

Meanwhile, it’s important to remember we are in a battle for water right now. We are in a drought. The water is low and warm, but we have a good number of fish milling out in the estuary and offshore. The way they are coming in now, which is in small groups, is good. It’s better than them all coming in at once. For the past few weeks we’ve had salmon slowing trickling in. 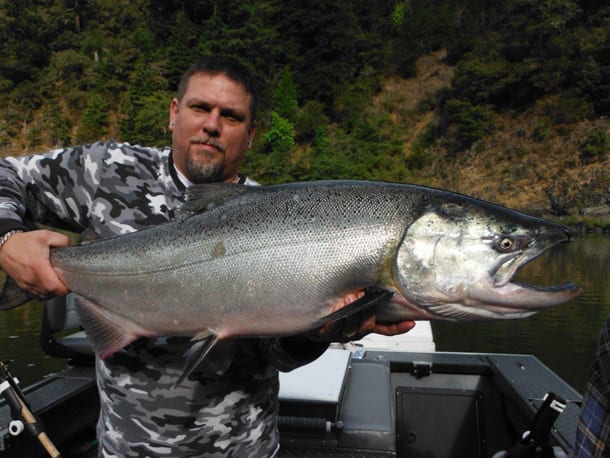 The fishing has been good. The water is cooling off a bit, but still needs to cool down another six or seven degrees. And, while officials predicted a poor run on the Klamath this year I’m hoping their projections are wrong, which has happened in the past. Still, it’s too early to tell what the run is going to show.

Regardless, the fish have been coming daily. And, if they ramp up flows, we’ll see more fish come in right away. We don’t need much water released. If they release another 500 cfs those fish will come. Any influx of fresh water ignites their senses and sends them upriver. 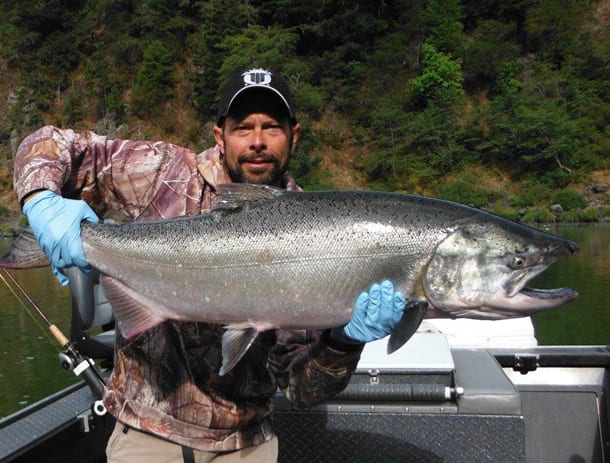 The bigger battle is water temperature. It’s warm right now. If we can get the water to cool to 65-68 degrees these fish will feel like they are in heaven. Even in the last week temperatures are better than these salmon have been dealing with. It’s been 71-73 degrees. The highest I’ve seen the river this summer was 75, which lethal for salmon.

The good news is it’s starting to cool down in the Sacramento Valley. And, that will spell cooler temperatures for us on the coast. As long as they stay under 100 degrees during the day in the valley, and it cools off at night, our water will slowly cool down here and fishing will improve. 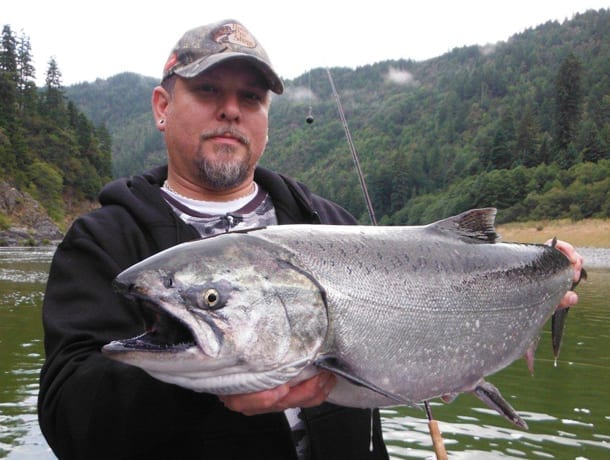 While we are catching limits everyday now (one adult per person is allowed), the bulk of the run doesn’t normally show here until the first few weeks of September. During that time we typically see a large influx of salmon. It should continue through mid October.

Fortunately, there’s some big fish this year. The last few days we’ve caught fish up to 30 pounds. However, I think we are still seeing a mix of spring and fall fish. This is the end of the spring run and the beginning of the fall. Nor have we seen the influx of jack salmon like we are used it. Interestingly enough, I don’t know if there’s going to be a lot of jacks or we are just going to see a bunch of adults. It’s too early to tell, but so far we’ve seen very few jacks. 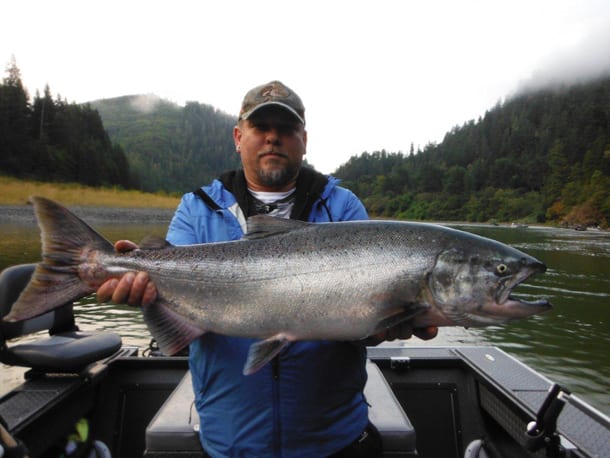 I haven’t seen anyone running plugs yet. Everyone is dragging bait, as am I.

Given the warm water, I’m turning to side drifting early in the morning. Most of our larger salmon have been in the deeper holes once the sun hits the water. We are dragging bait and catching 99 percent of our fish that way. I’m catching my fish by mixing Red Fire Cure and Red BorX O Fire. I’m trying to get an in-between of the wetter and drier cure and it seems to be working out great. It gives me a tougher egg. As for tackle, my mainline is 15-pound P-line CX, leader line is 12-pound P-Line and Seagar fluorocarbon and I’m using an Owner size 4 mosquito hook. 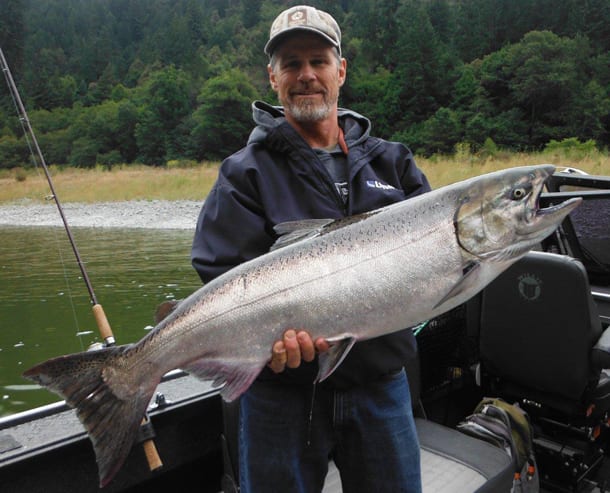