“I told you,” he said, unclenching his fist and revealing a nickel size piece of Natural BorX O Fire cured roe. “They are always here this time of year. And, if you use a small bait, like this, you’ll catch them on just about every cast until 11 (am). After that, the bite shows down.” 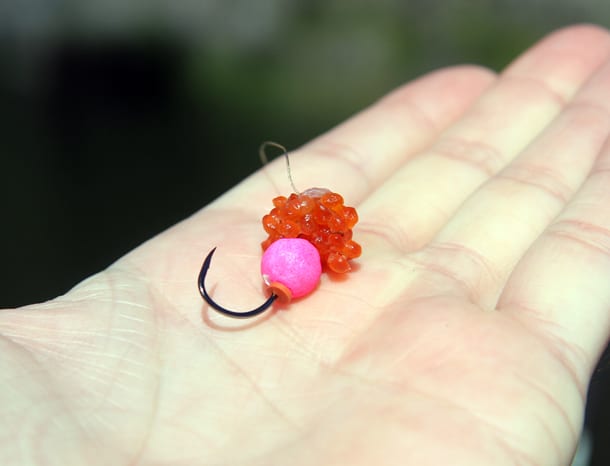 Thomas is a veteran. His 34 years of guiding on this rival rivals my existence on Earth. And his age brings wisdom, at least when it comes to California’s North Coast rivers.

“The summer steelhead always come in July and stack up in these areas, even when the water is low and clear, like it is this year,” Thomas told us. “There’s more in steelhead in this river right now than you think. The bite will go strong for a few weeks and then they’ll get annoyed and move out of reach.”

Meanwhile, the Lower Klamath is plugged with acrobatic, feisty summer steelhead. They’ll be aggressive until massive crowds arrive to chase fall salmon, which should happen mid-to-late August, on through September. Historically, the summer steelies run four to six pounds, with a few to a dozen. We’re on par with that this year. Out of the 30 we caught, one was a hatchery fish. The rest were wild fish, or likely unclipped (fin clipped) hatchery fish. Regardless, all steelhead remain pinned to the coolest water they can find right now. 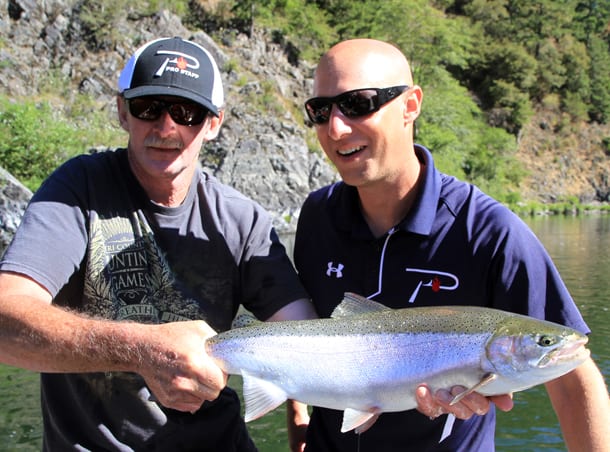 A true wild or hatchery fish, success comes with size, Thomas says, particularly noting to anglers to keep roe pieces between dime and nickel size. Bigger isn’t better, he says. Salmon, on the other hand, do want larger pieces, but will also eat these smaller baits designed for steelhead.

“I don’t want a wet egg. Wet eggs aren’t a good fit in this river. For a decade I’ve been curing my eggs in Natural Pautzke BorX O Fire and keeping them dry and gummy, and it works everyday,” notes Thomas. “These aren’t salmon. They’re steelhead and you have to downsize to catch them.”

“If you use a large glob of juicy eggs, you’ll spend half the day putting more eggs on,” he explains. “I want my lines in the water, not in the boat putting more clusters on.”

Last Friday’s morning trip to film Pautzke Outdoors on the Lower Klamath revealed the even in low water summer steelhead have filed into the lower river. And, Thomas believes there’s far more fish than last year. They’ll be here a few more weeks before continuing on their migration.