During the spring and early summer the salmon on Lake Ontario can be anywhere. Normally, the majority are in the west/central part of the lake. However, as their biological clock starts ticking many head home to the Salmon River corridor. That time is now. Like clockwork the eastern end of Lake Ontario is heating up. Unlike the last few summers there’s plenty to look forward to this year.

The pattern we are used to is holding true this year. Unlike the last few years there’s a good number of adult kings around. It’s no secret that fishing in 2014 and 2015 was very poor up here. Fortunately, we seem back on track. A large number of kings on Lake Ontario come home to Oswego County and they are showing up now in good numbers. 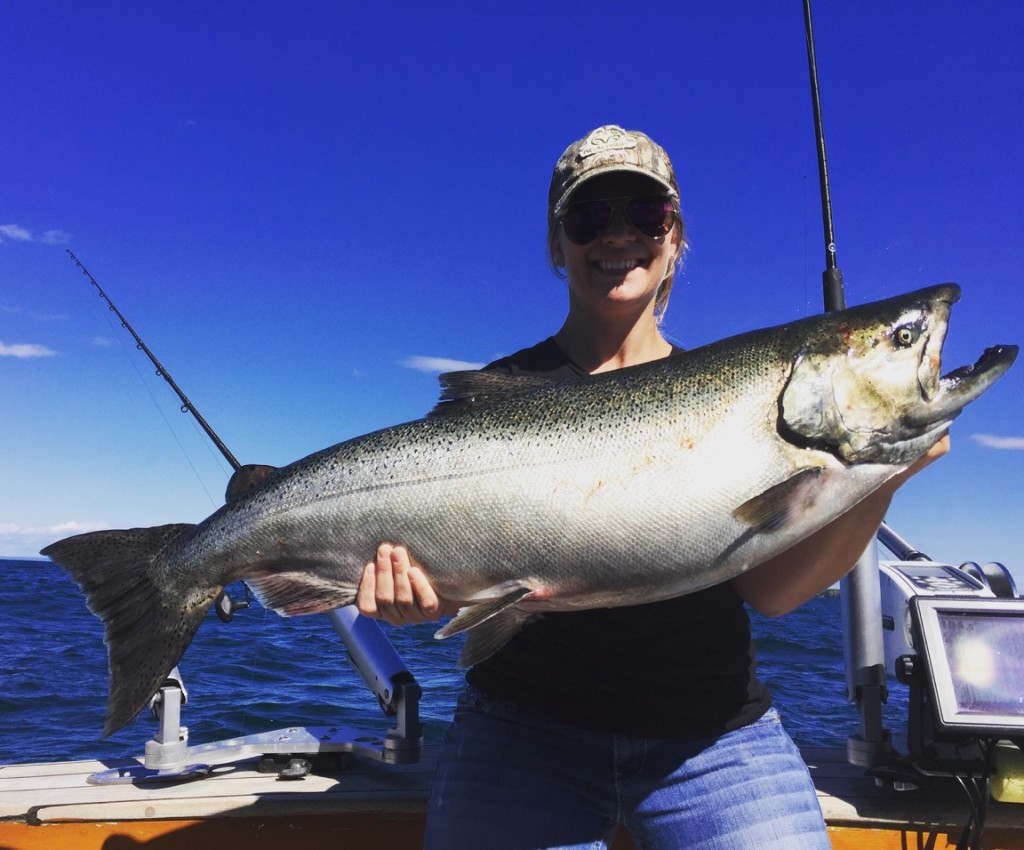 We are seeing a lot of healthy, fat adults, many of which are in the mid to upper 20s. We are just starting these larger fish. In fact, they haven’t been around all summer. What is happening is these fish are starting to stage to come up the Salmon River and other nearby tributaries. We’re taking an average of 10-12 bites a trip and it’s only going to improve.

Once they become true stagers and settle in the bite picks up. Mayhem is about to break out. They are going to start to stage into groups of three or four and they become aggressive and attack out of aggression. Once that happens the bite really picks up.

At that time we’ll start to hook multiple fish at once. And, I think that’s going to happen any day. Today is the day most years. I always say it happens on August 23. And, it’ll go into mid September. We have another three weeks of this, but it depends on the weather. If we don’t get a lot of rain these fish won’t run into the rivers and you might be able to fish them into October. 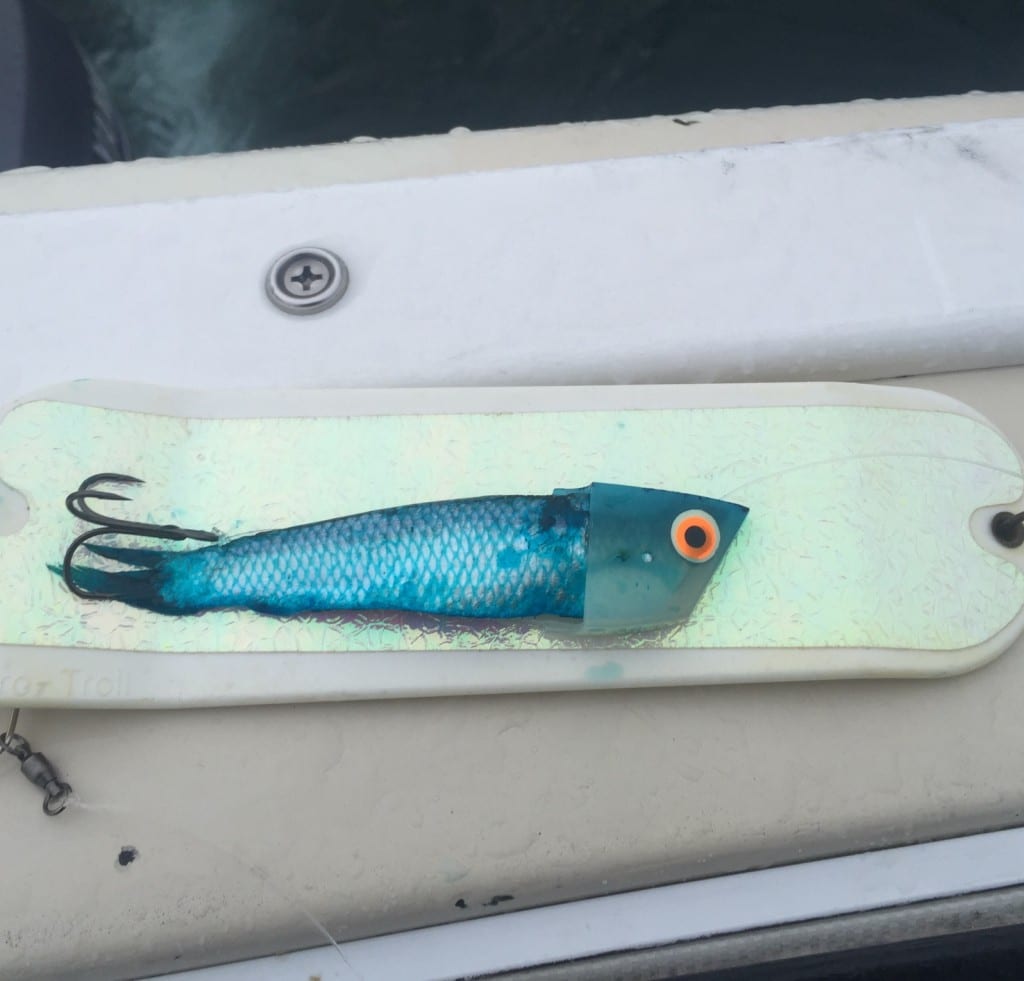 This time of year you want to fish Pulaski, Mexico, Rochester, Olcott, Niagara Bar, Oswego, Watertown and Oak Orchard because there are tributaries in those areas that the fish stage in front. The big thing this time of year you aren’t fishing temperatures anymore. Temperature goes out the window. For staging kings anything 67 degrees and under is fishable water. You’ll find them from the bank on out a mile.

Spoons and trolling flies work the last few months, but it’s turned to a cut bait bite. They are all over meat now. If I were to get a boat I’d probably name it “Meat Man” now. We’re using Pro Troll and Michigan Stinger flashers and attractors with cut bait. I’m running seven rods and five of them have bait. I’m getting them on Natural and Blue Fire Brine baits, but a few of the other captains are doing well on Green and Chartreuse Fire Brine. 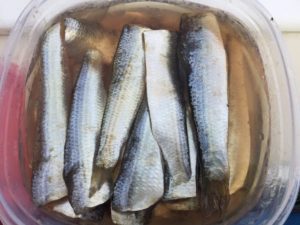 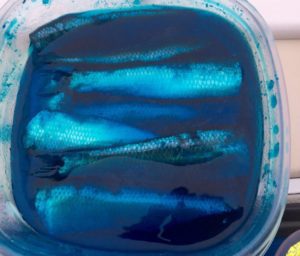