After the first two drifts Ted Kessler looked worried. His energy level fell from excited to perplexed. Following a month of world-class brown trout fishing, Kessler expected the Niagara River browns to bite on our first drift. They didn’t. Unfortunately, they didn’t on our second drift, either.

“I’m not marking anything,” Kessler, a veteran Niagara River guide told me. “They might be gone. Let’s give it one more drift.”

On the third drift the brown trout reappeared. In fact, we caught a brown on our next dozen drifts. It was the best brown trout fishing I’ve experienced in the last decade. Between Kessler, Isaac Zettle of Trophy Chasers Outdoors and I, we caught and released a brown on every pass for the next four hours. We tangled with more than a dozen and couldn’t have been happier. 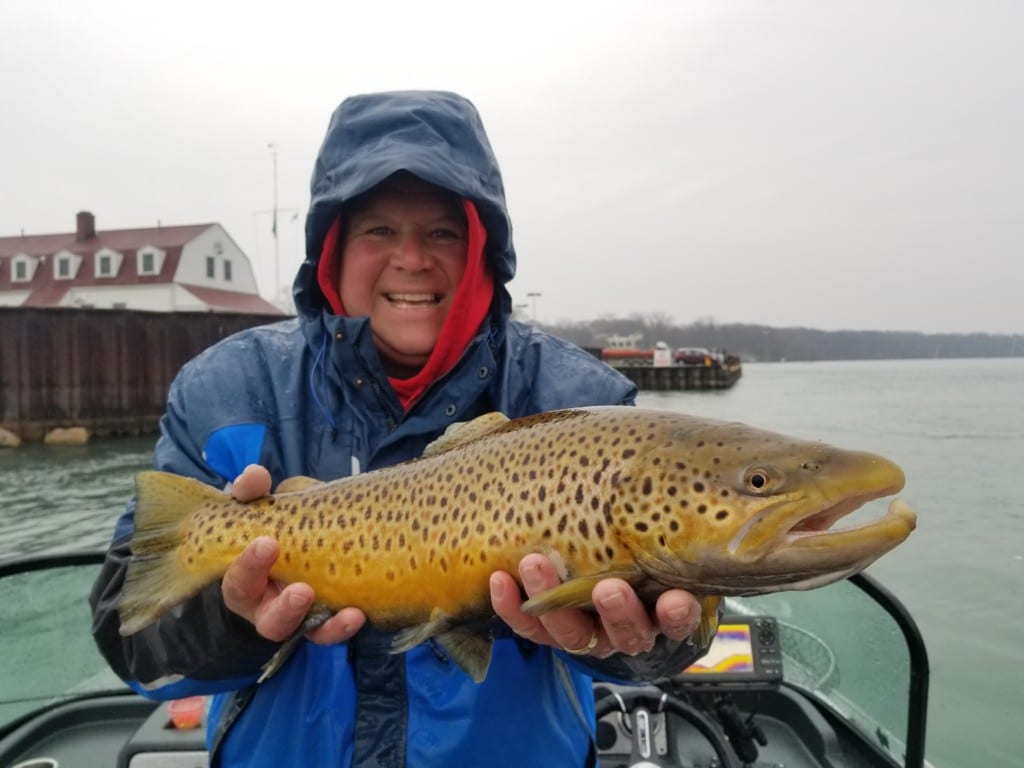 For those of you that have been keeping up with social media this is no secret to you. Kessler mentioned that everyone who fishes the Niagara has been ecstatic about this fall’s showing of browns. They’ve been large, small and everywhere in between. Kessler mentioned it’s the best brown trout fishing the river has been in more than a decade.

Many guides believed the brown trout bite would have screeched to a halt by now. However, the browns are still showing in good numbers, even thought they are expected to scatter throughout the river soon. Currently, there are still concentrations of them huddled in the lower river near Lake Ontario. Our largest was a 12-pound fish. Most of them ranged from four-to-seven pounds, which on light tackle were a blast. 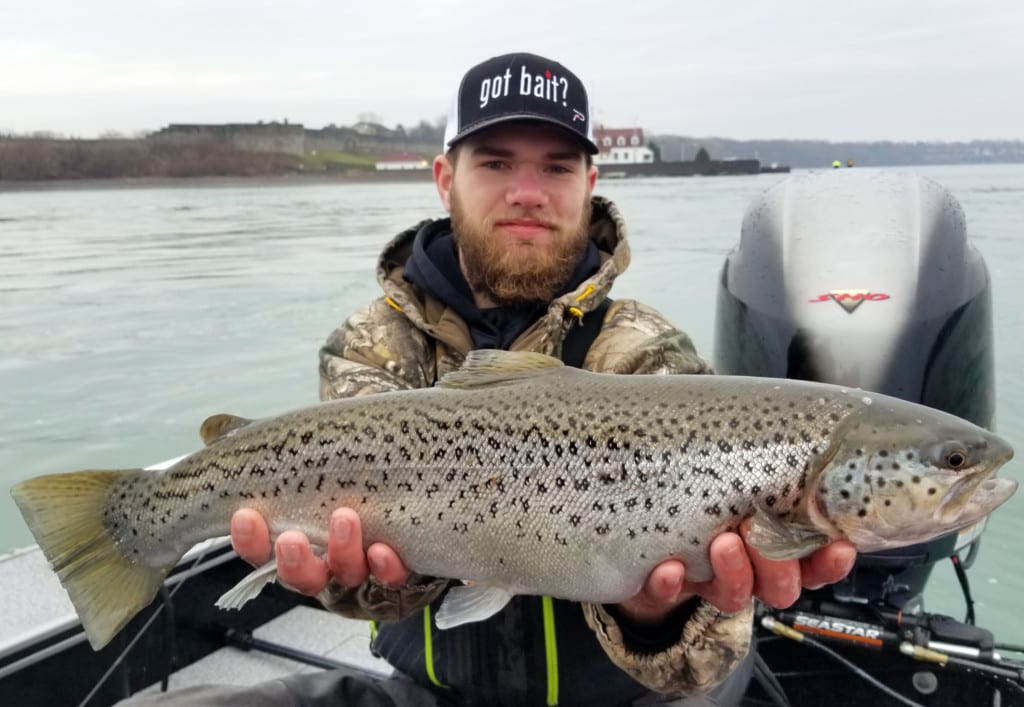 Anglers target the browns many ways. Meanwhile, in town to film Pautzke Outdoors, we focused on two methods: drifting live Chartreuse Fire Dye minnows and spawn sacks. To be honest we only dyed a dozen shiners and the browns gobbled them up quick. The minnows took the chartreuse well and didn’t stand a chance in the water. They glowed and the browns found them quick. (If you have a minute head over to Pautzke’s Instagram page and look at the short clip of the chartreuse minnows. It’s impressive.)

Once we ran out of minnows we focused on spawn sacks. The browns wanted them, too. Kessler tied Natural BorX O Fire cured brown trout eggs in Peach, White, Chartreuse and Pink Atlas spawn netting and included one Atlas Bait Sac Floater in each sack. The floater floats the bait off the bottom and kept us in the strike zone. 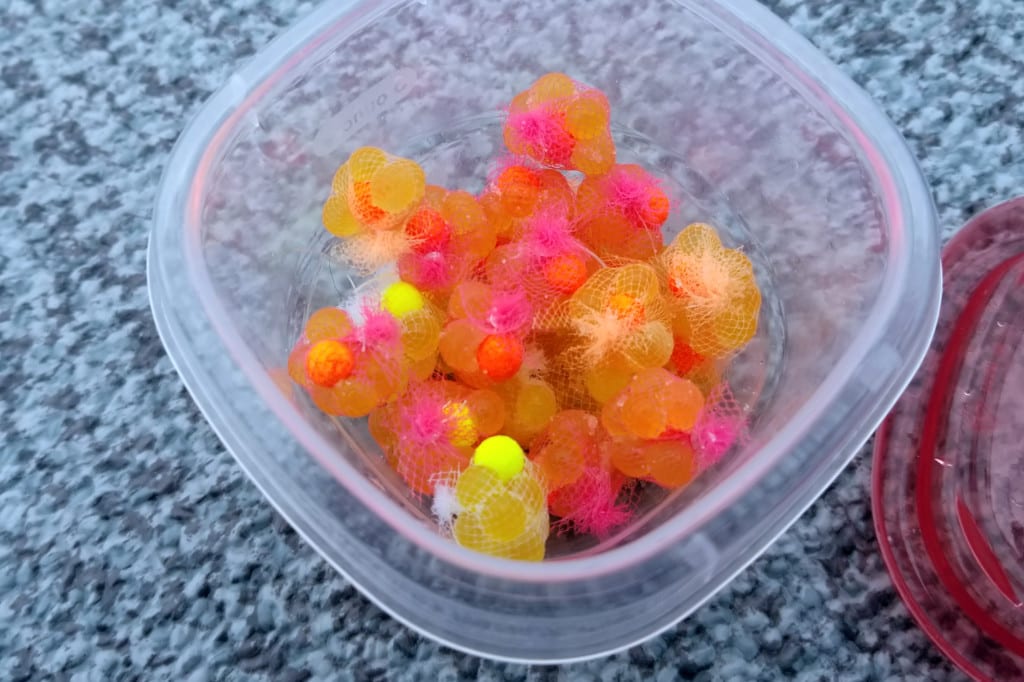 The hot brown trout bite could be over tomorrow, it might last a few more days and possibly weeks. No one knows for sure. Meanwhile, the bite was epic and still has wings. Get out there and catch and release a few browns while they are it’s still hot. 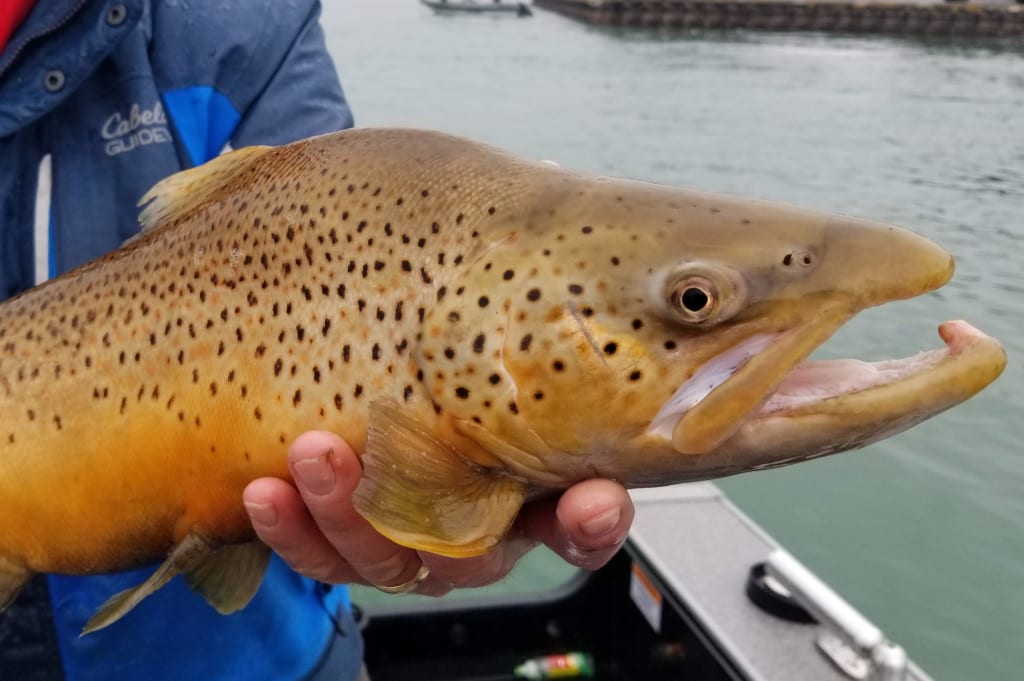