South Carolina isn’t recognized as one of the premier trout fishing destinations in the East. Meanwhile, tucked into the Upstate lies some of the best brook trout fishing in the country right now. You are reading this correct. A short drive from Clemson, Greenville, Spartanburg and Anderson, the rivers and creeks of Tiger Country is producing trophy brook trout.

We spent several days in early December filming Pautzke Outdoors in the region and caught more big brook trout in state stocked waters than we did in rich trout states like California, Colorado and Pennsylvania. The South Carolina Department of Natural Resources began stocking trophy brook trout in late November in many of the state’s waters. Recently, however, more creeks and rivers have been added to the list. Big Eastatoe, Little Eastatoe, Little Canebrake and Rocky Bottom Creek, the North, Middle and South Saluda River, the all branches of the Chauga and Chattooga Rivers, the East Fork of the Chattooga River next to the hatchery, Brasstown Creek and others are receiving these fish.

Big brook trout (and larger than average brown trout) will be stocked for the next few weeks into the above-mentioned systems. Keep in mind, however, that not all the trout in the truck are trophy brooks and browns. Most average eight to 10 inches. On the other hand, plenty of what are safe to call ‘trophy brooks’ are in every load. We caught and released brooks up to five pounds. Unfortunately, they started stocking big browns the week after we fished here. We didn’t have a chance to target them.

South Carolina has done something special with their recent stocking and it shouldn’t go unappreciated. There’s no better time than now to go trout fishing here. Not surprising, fishing pressure is low. In fact, there are few anglers fishing. Cold weather is keeping most anglers in the Low Country. While most anglers trout fish in the spring here fishing is better now. 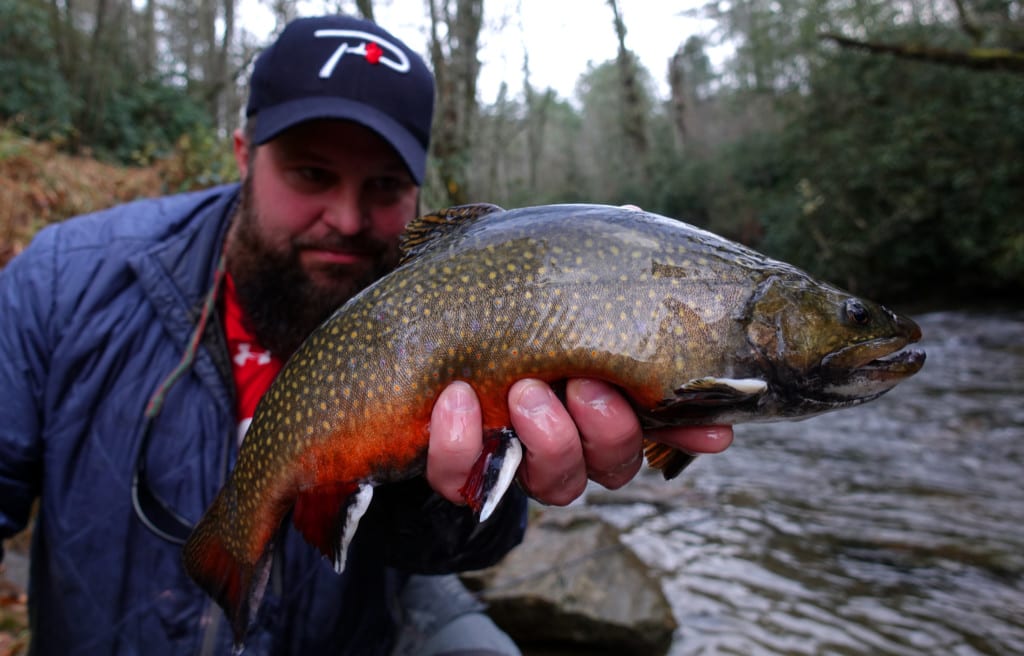 Our biggest challenge in getting a few of the bigger brooks to bite on film was keeping the smaller trout from eating the bait first. We filmed on the East Fork of the Chattooga, Big Eastatoe, Little Eastatoe, Middle Saluda and others and faced the same struggle in each spot. Fortunately, as we caught and released the normal stocked trout big brooks did show later. Some days we caught dozens of trout before tying into the larger fish. All we released. 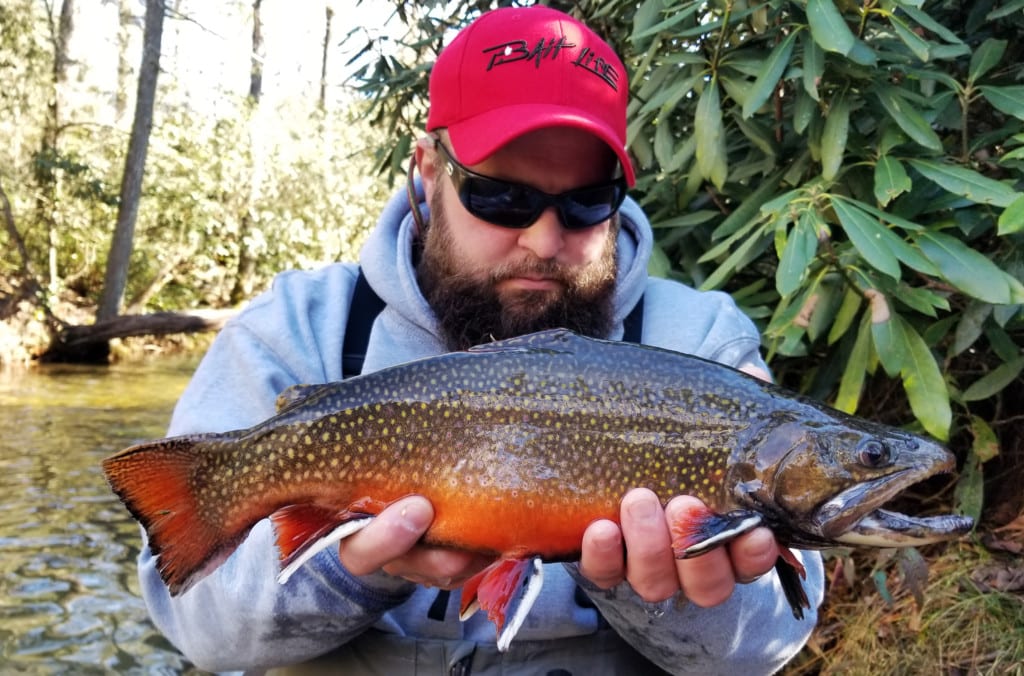 We literally had a small SUV full of bait. However, our focus revolved around three baits: Peach Garlic Fire Bait, Pink Shrimp Fire Balls and Natural Deluxe salmon eggs. Because we were releasing fish we fished all these eggs, and the Fire Bait, under a float. Doing so allowed us to see the bite instantly and set the hook accordingly, rather than letting the trout swallow the bait. We employed BB Water Gremlin split shots and small single salmon egg hooks on six-pound main line and four-pound fluorocarbon leaders. 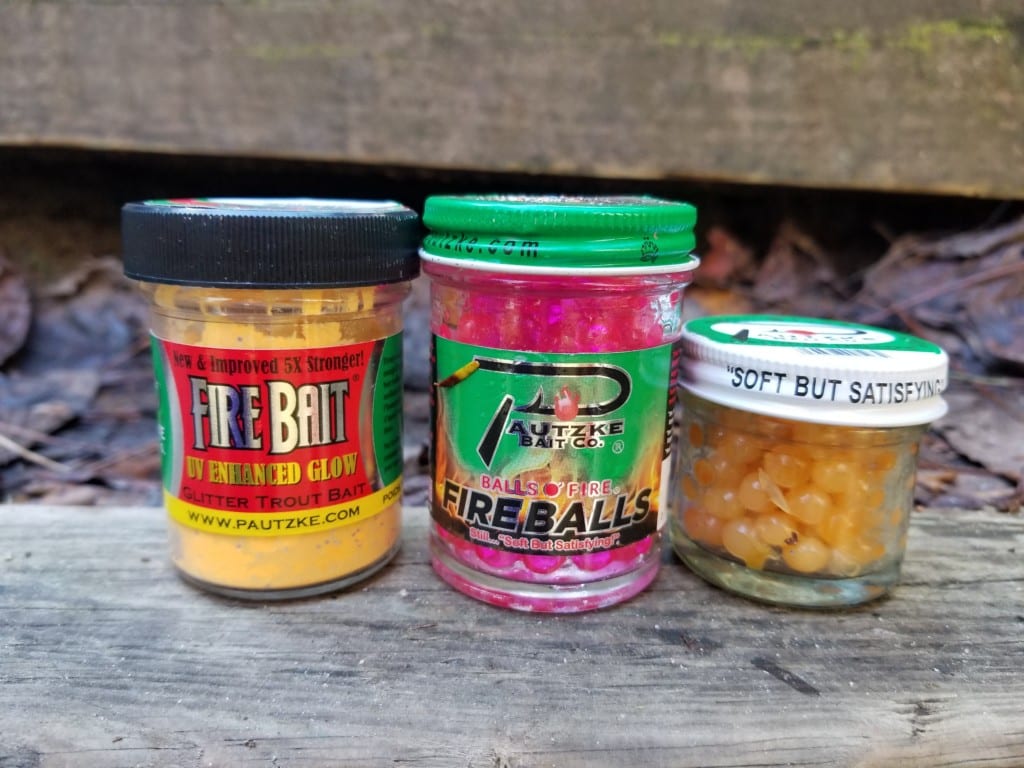 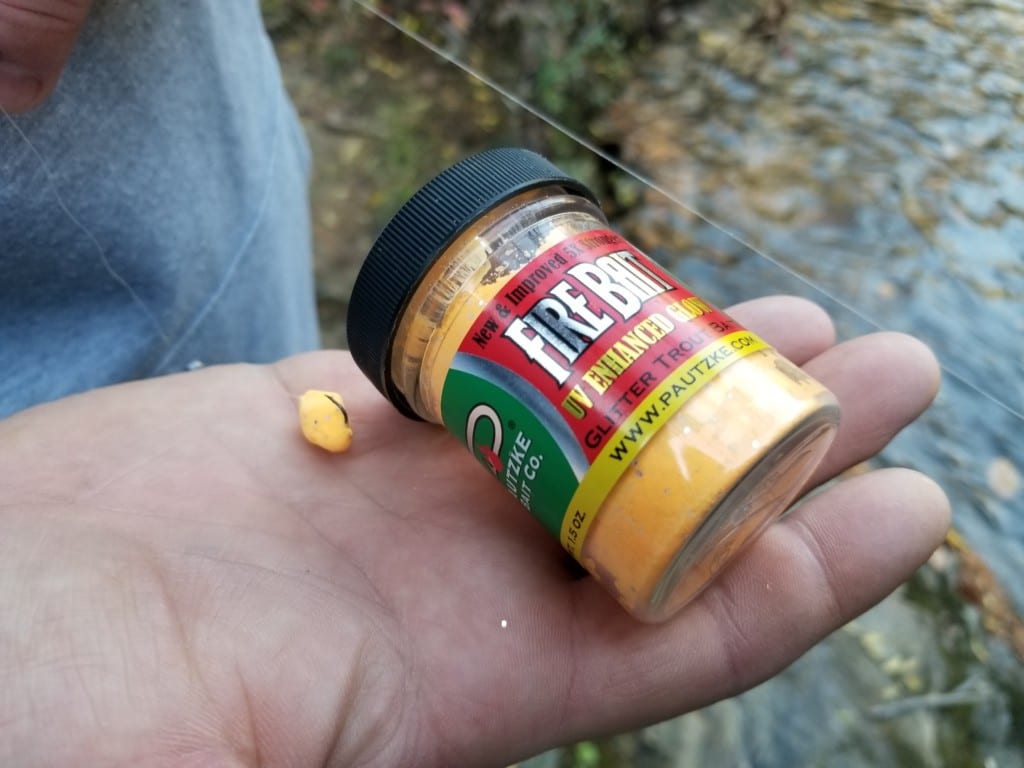