I’m excited about salmon season. I’m expecting a good one for one main reason: guys didn’t do that well trolling the lake this summer. They didn’t catch a lot of salmon in Lake Ontario this summer, which is going to help us on the Lower Niagara River. There’s going to be more salmon swimming upriver.

So far, even though we are early into the season, the run has been good. It’s been steady and consistent. The way it should be when we have good returns. It started September 18, or so, and it’s been getting better each day. Right now, most of the guides are averaging five to eight fish a day. We’re happy with that. 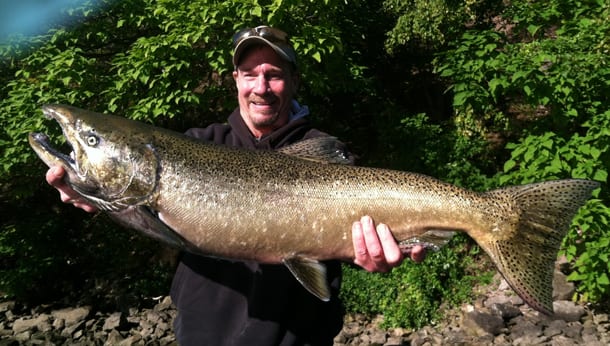 This is a big fish year. We are getting our average size fish, but we are getting some tanks too. We consider big to be 25 pounds, and up. Fortunately, we are catching a lot of 24-25 pound fish, which is on the large side for us.

I hate to complain about the great weather we’ve been having, but for the sake of salmon fishing, it’s been too nice. It’s been beautiful, in the seventies and while people love it, us salmon anglers want it to rain and cool down. Warm, sunny, summer-like days don’t bring more salmon upriver. 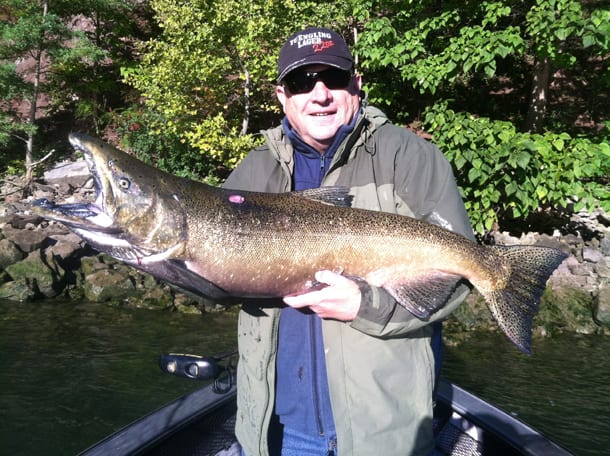 Sun and no wind aren’t conducive for salmon. If it rains, is cold and windy, it will give us runoff and fresh salmon. We had a bunch of wind about a week ago and a big push came in because the water got a little turbid. I’d like to see more of that.

I think if we get some nasty weather in the next week, or so, the bite could get really good. Consider there’s still boats trolling for salmon in Lake Ontario and catching fish; this tells us there’s many more salmon to come. There’s obviously salmon still staging to spawn. Basically, if we see a fall-like, rainy, cool weather it will only improve the fishing. 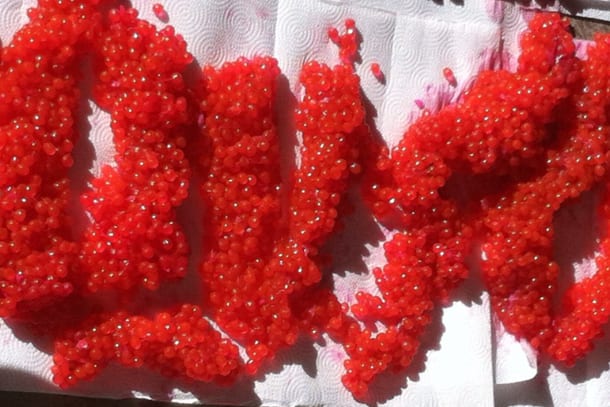 We are using quarter to slightly larger size chunk of skein. During salmon season we are looking for a wetter egg. We aren’t using drier eggs right now, like you’d get from BorX O Fire. Those eggs are reserved for when the steelhead get there. If you are coming to the Niagara to salmon fish I’d come prepared with at least two shades of skein. Water conditions change often and they’ll key in on certain colors depending on clarity. 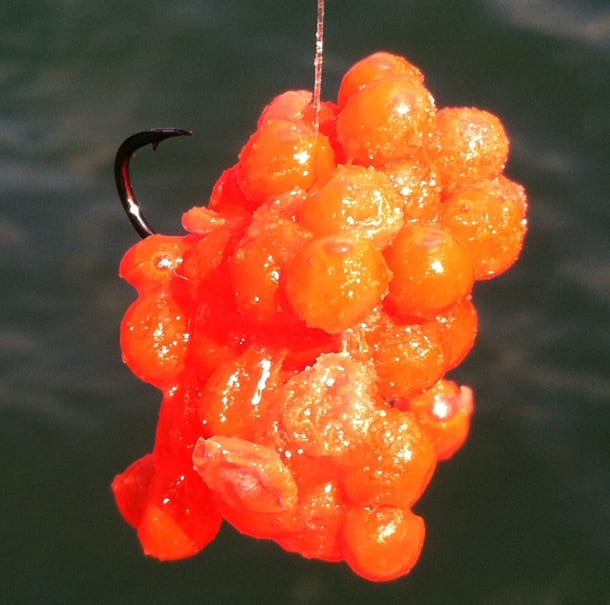 It’s no secret where the salmon are. All of our fish are coming out of Devil’s Hole up by the power plant. They are in one place right now. Most of them have been on the main drift on the American side. Our water is still 66 degrees, which is warm, therefore, the salmon need to run up the river where the oxygen is, basically the Devil’s Hole area on upriver towards the base of Niagara Falls. 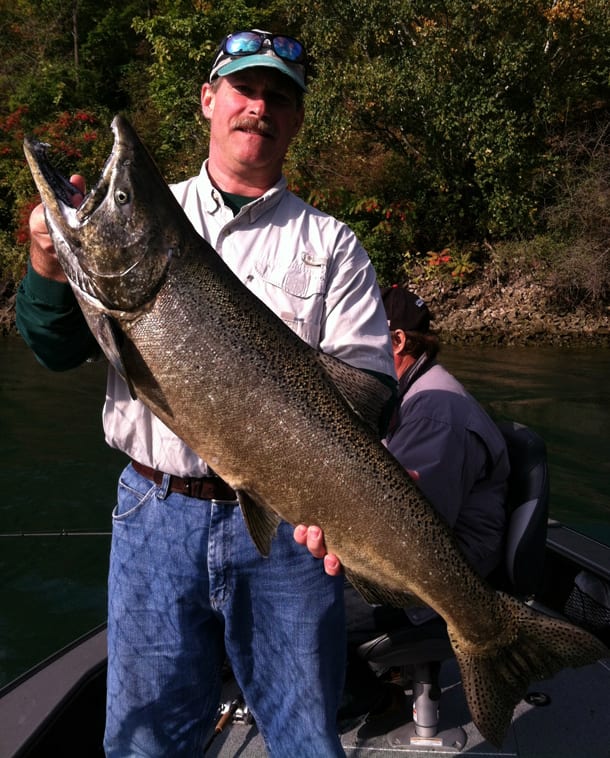 As you get towards the later part of the season you can get fish on some of the lower drifts down in the Lewiston area. The Art Park drift will do well at that time, but hasn’t turned on yet. There’s a few fish being caught on high water in the Pebbly Drift on the Canadian side. However, on the Canadian side we need more color in the water and more runoff. That drift tends to be shallower on low water and the fish are kind of spooky there, which has kept it from producing well so far this season. 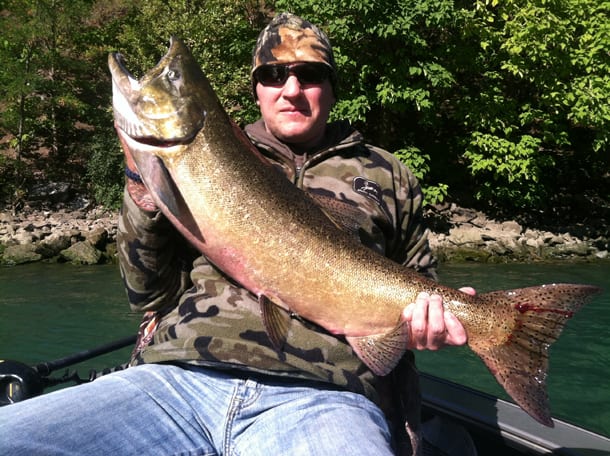 Devils Hole area is the highest fishable point by boat and the go-to area for boaters right now. The fish will run up to the base of Niagara Falls, but boats can’t go higher than Devils Hole. Meanwhile, guys are doing very well from the bank around the Whirlpool. They are drifting chunks of skein under floats. There’s bank access on the Canadian side up towards Niagara Falls, where guys are doing well using the same techniques.