Skip to content
Northeast Pennsylvania Lake Trout On the Chew

I’ve spent my whole life trout fishing in Pennsylvania and had never caught a lake trout. This year a few friends and I decided to check it off the bucket list and booked a charter with Manufactured Mayhem Sport Fishing out Erie (PA) to catch lake trout. Our goal was to land good numbers of lake trout on Lake Erie and hopefully get into some size.

Oddly enough, we didn’t catch any small ones, nor we did we get into large numbers. However, the fish we did catch were quality lakers. We ended up catching seven lakers and missed two, but all of them weighed more than 15 pounds. The largest was about 20.

We launched out of East Avenue Boat Launch and motored 20 minutes to Northeast PA and starting fishing. We focused on trolling what locals call “The Mountain.” Basically, it’s 50 feet deep and drops off over 100 feet on one side. The lake trout circle the hump. It’s literally a big mountain that comes off the Lake Erie bottom. It’s the only structure nearby and the fish congregate around it chasing schooling baitfish, mostly emerald shiners.

All of our fish were caught trolling with downriggers. We focused on about 55 feet of water and dropped down chrome, green and pink Stinger spoons and green and silver dodgers with Spin-N-Glos. The guide we went with didn’t use scent. He normally just trolled spoons.

However, I wanted to test out my Liquid Krill that Pautzke had sent me (along with a hundred jars of salmon eggs and FireBait). The guide had never heard of it, but allowed me to put it on one rod to start (I insisted). Ironically, out of the 12 rods we had rigged up the lone Spin-N-Glo with Liquid Krill was the first to catch a fish. After the next fish was caught on the same lone rod with the Liquid Krill the captain told us to put the Liquid Krill on every spoon and Spin-N-Glo that we had set. He became a believer. I’m going to start using the stuff on my trout lures now.

This time catch lake trout in Lake Erie (on the PA side) is just starting now. It’s only going to improve in the next few weeks. These fish live most of their life in the deeper water on the Canadian side. However, in the spring they migrate to shallower end of Erie to heavily feed. As water warms in late spring the fish head back to Canada and we in Northeast PA focus on catching walleye and perch instead. 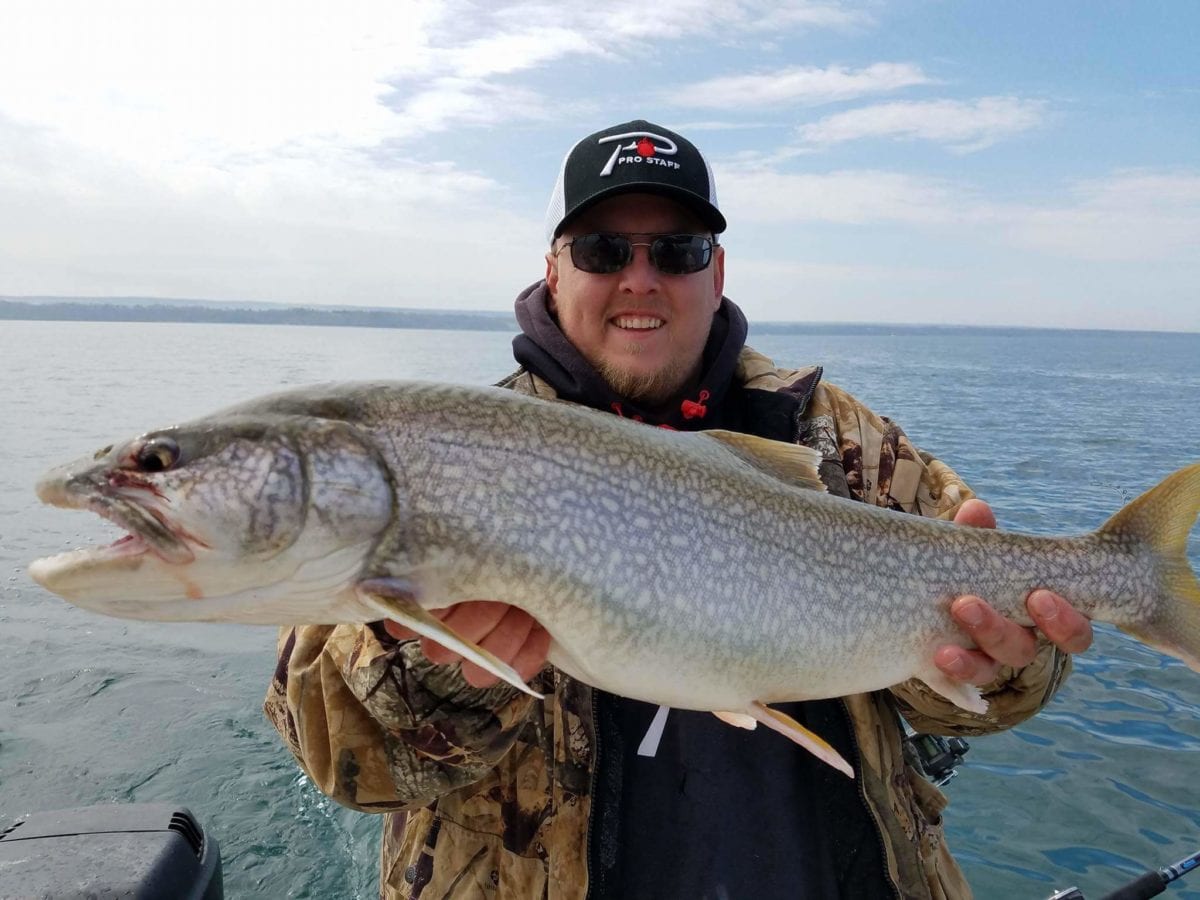 On the other hand, in the foreseeable future lake trout action will persist. However, it’s time for me to head back to the Steel City and focus on trout for the next few weeks and then catfish as the water warms up. I’m looking forward to catching a few big golden rainbows next week.