Catching lake trout became somewhat of a chore this week in Northern Ontario as we aimed to film Pautzke Outdoors. We caught plenty of lakers, but likely would have caught dozens if it weren’t for the endless amount of strikes we fielded from burbot. Even while trying to not to catch them, piles of burbot harassed our lines and had us running across the ice to reel in fish.

Ironically, that was during the day. They bite (I’m told) way better at night. And, as much action as they were sending our way we opted to pull a double and return to the ice at night to film another episode, this time focusing on nighttime burbot fishing. Six of us spent the twilight hours drilling holes under the supervision of headlamps and video camera lights. 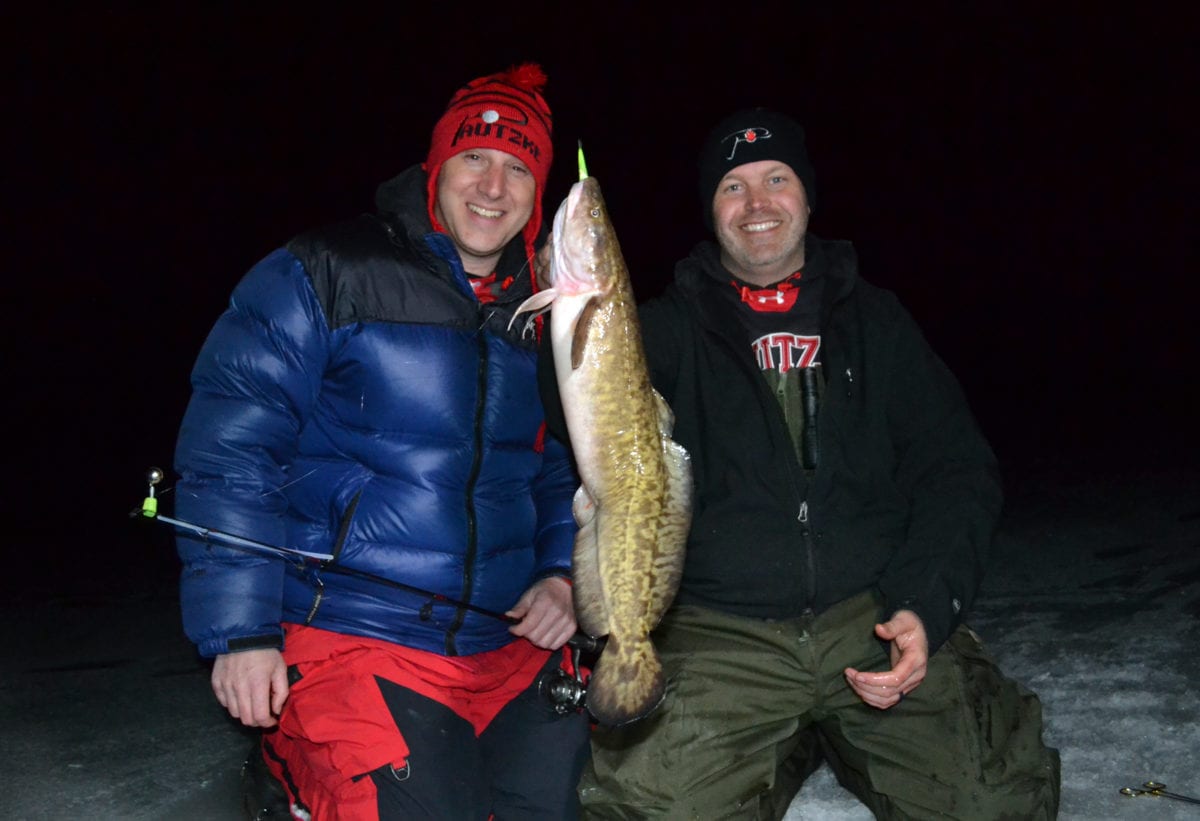 Fortunately, the burbot proved they aren’t against feeding at any hour and even as the clock brought us into a new day action never slowed for more than a short period of time as we were focused on trying to catch a trophy burbot in the greater Thunder Bay region. Unfortunately, we didn’t catch any larger than 10 pounds, but caught and released more than a dozen while taking a pair home for the skillet. 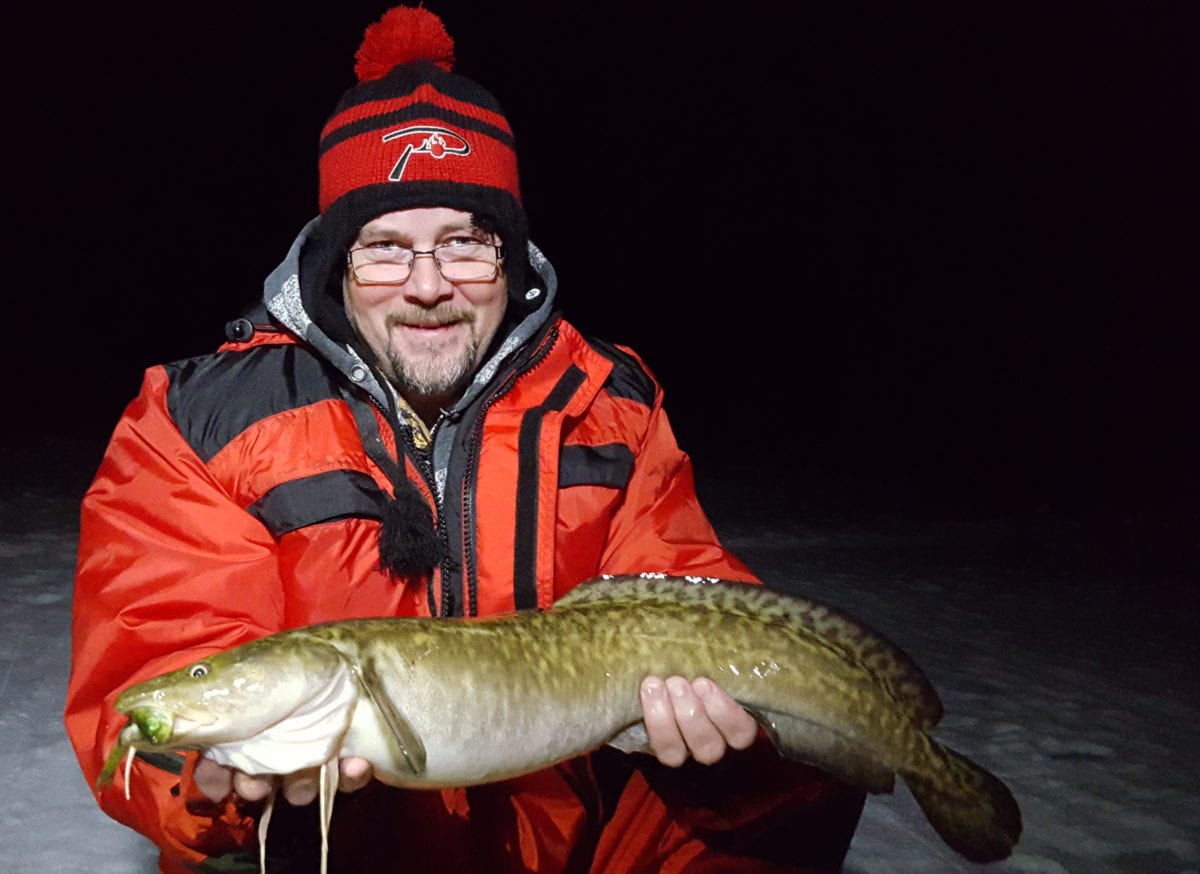 This was my first time targeting burbot (and spending a night on the ice in Canada rather than watching hockey with buddies). This was the ideal time to do it, too. With temperatures hovering around freezing and the wind kept in check we didn’t even need to retreat to the shelter. The mild temperatures were inviting and are expected to remain so for the short remainder of the ice season.

From roughly 9pm till 3am we dropped Chartreuse and Purple Fire Brine herring and other cut baits through the ice and listened for the sound of bells and the movement of glow sticks to reveal strikes. We pierced the brined bait on mostly Northland glow in the dark jigs. Both the chartreuse and purple spent the night getting bit as you’ll see in our newest episode of Pautzke Outdoors. 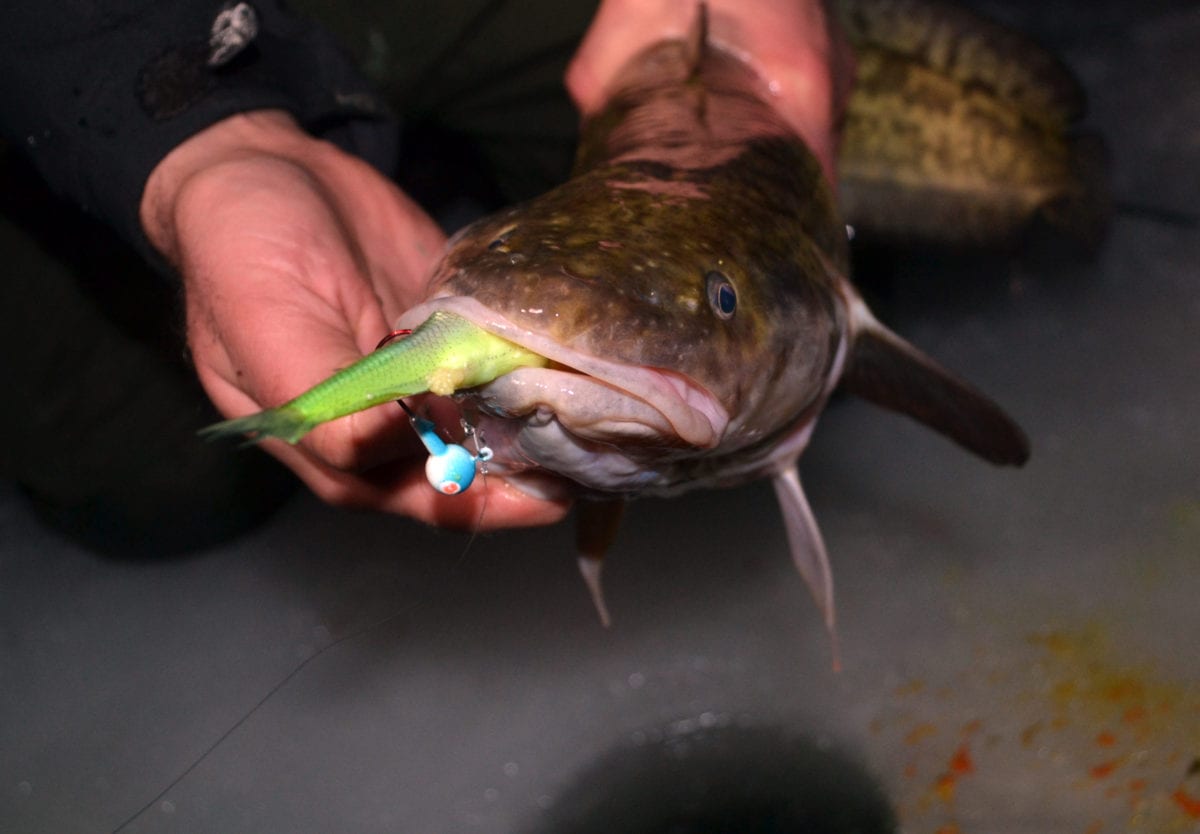 Local outdoor writer and columnist Tom Armstrong was my chauffeur for the trip and in between visits to Tim Horton’s explained to me how quickly Fire Brine bait is catching on in the region. The reason became apparent as we randomly checked setlines to make sure the baits were in tact and hadn’t got too mushy. In lowlight the bait was vibrant (especially paired with the glow jigs), the scales were vivid and the bait remained firm and fishable all night. 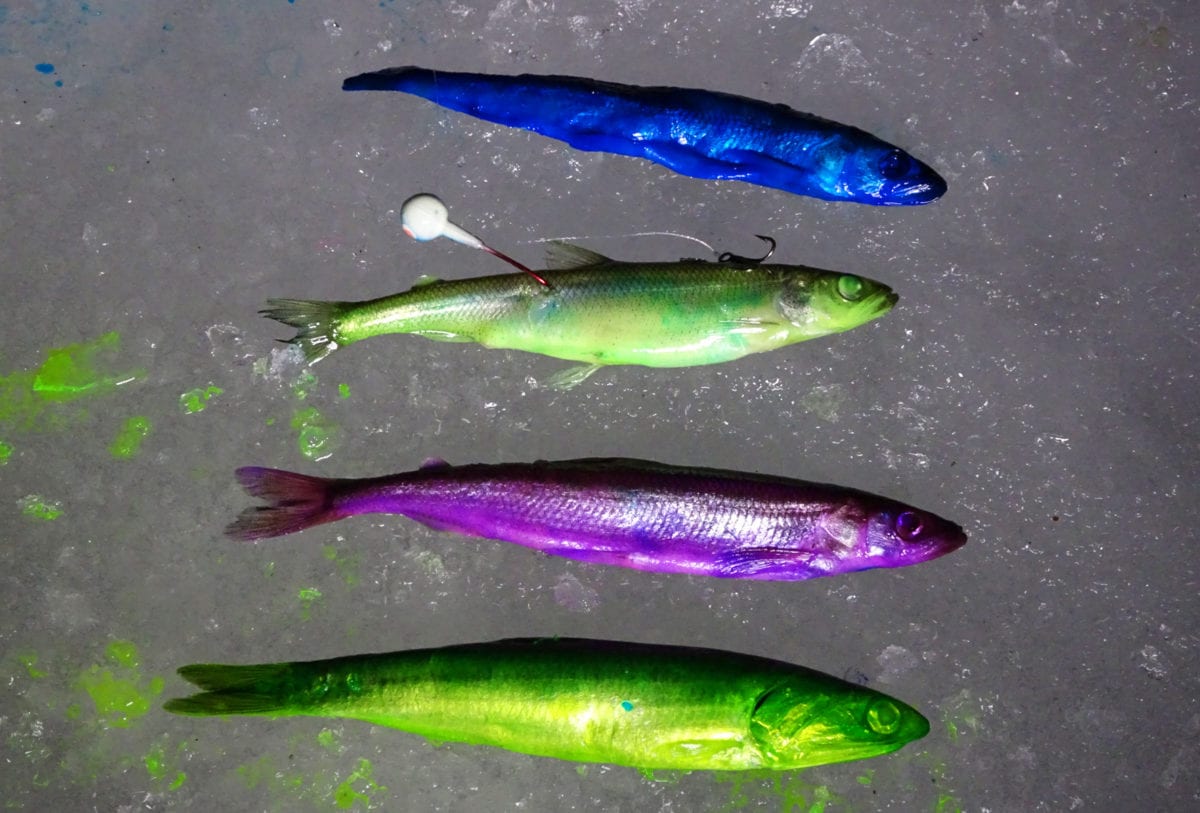 While there was a few feet of ice on the water we fished warm temperatures likely won’t permit ice fishing into April. Meanwhile, action is consistent during the day and at night for the burbot now. Trying brining your baits like we did and you’ll be hooked up all night. 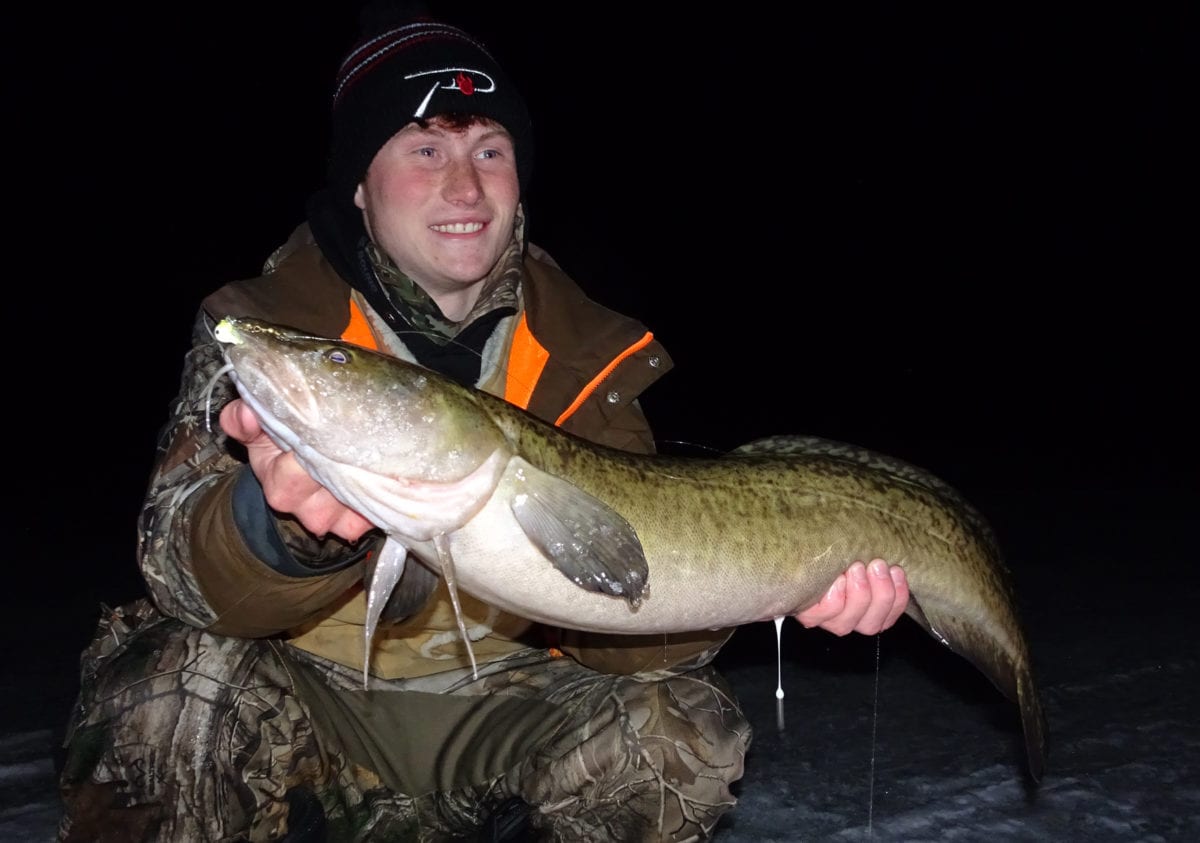 Editor’s Note: Burbot on common throughout the Ontario and much of Canada and the northern US. For more info on where to catch burbot in Ontario contact the Ontario Ministry of Natural Resources https://www.ontario.ca/ministry-natural-resources-and-forestry.