We are halfway through the season on the Northwest Oregon Coast. So far it has been good, but the fish were a bit late. The good news is fresh fish are coming in daily. We are getting into the time of year where salmon start moving into the rivers when we get rain. Most important we are getting back into big tides, which bring more fish in.

Because our fish are late and there’s still lot of fish in the ocean I think November will be exceptional. And, we will see a lot of fish come in through December. It will taper off after mid December, but we’ve had such a dry fall the fish are pushing in later than we are used to. A lot of the fish haven’t come into the rivers yet. Because we have had all this low water we are going to see a bigger run later in the season. 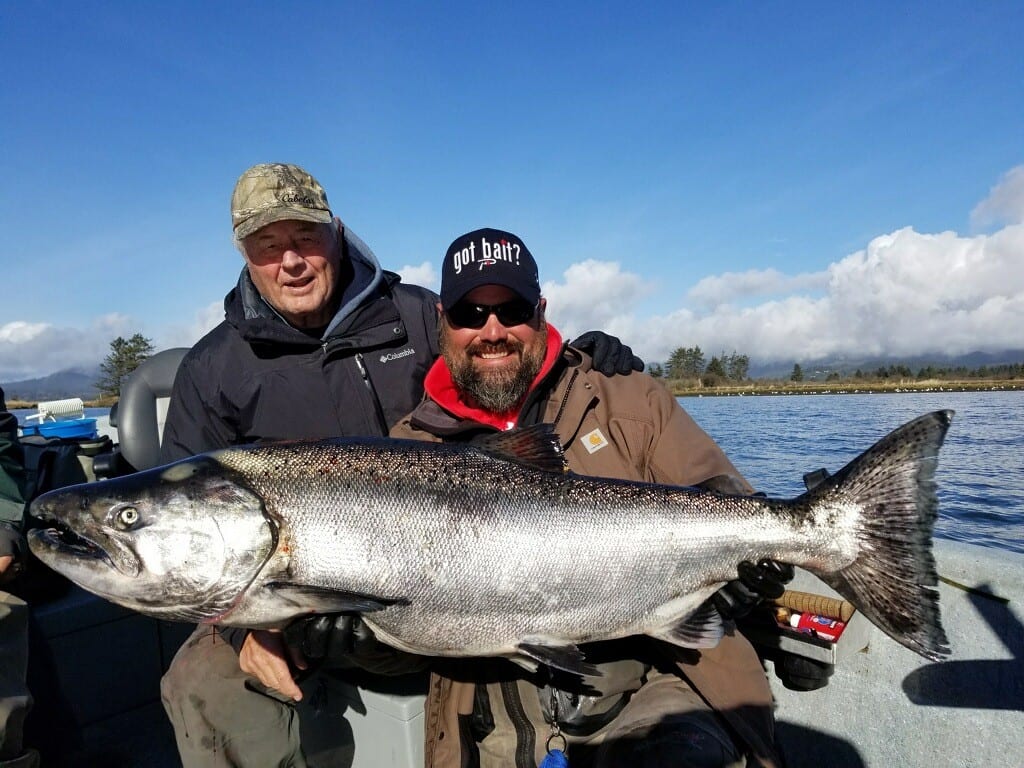 On a positive note the salmon have been larger this year. I’ve seen more 30 pounders caught this year than last year. I’ve caught one 40 pounder, but multiple 30-pound fish. The average fish has been about 20 pounds.

Right now salmon are in the tidewater and lower end of the river system. Meanwhile, as the rains come these salmon migrate out of the tidewater and into the rivers. Considering that we are in November now, even if we don’t get tons of the rain the fish are going to start coming in. Every drop of rain will bring more fish in. With that said there will still be salmon in the bay and tidewaters for a while. Personally, once the salmon move into the rivers I’ll start concentrating there, but don’t give up on the bay/tidewater bite through the month because there will be fish there.

If you are going to fish the tidewater bobber and eggs are key. When bobber fishing I’m floating Blue Fire Brine cured tuna bellies teamed with the Kitchen Sink Cure (Fire Brine & Fire Cure eggs) I use every year. To learn that technique you can look at this blog we did prior https://pautzke.com/learn-to-to-throw-the-kitchen-sink-at-salmon. 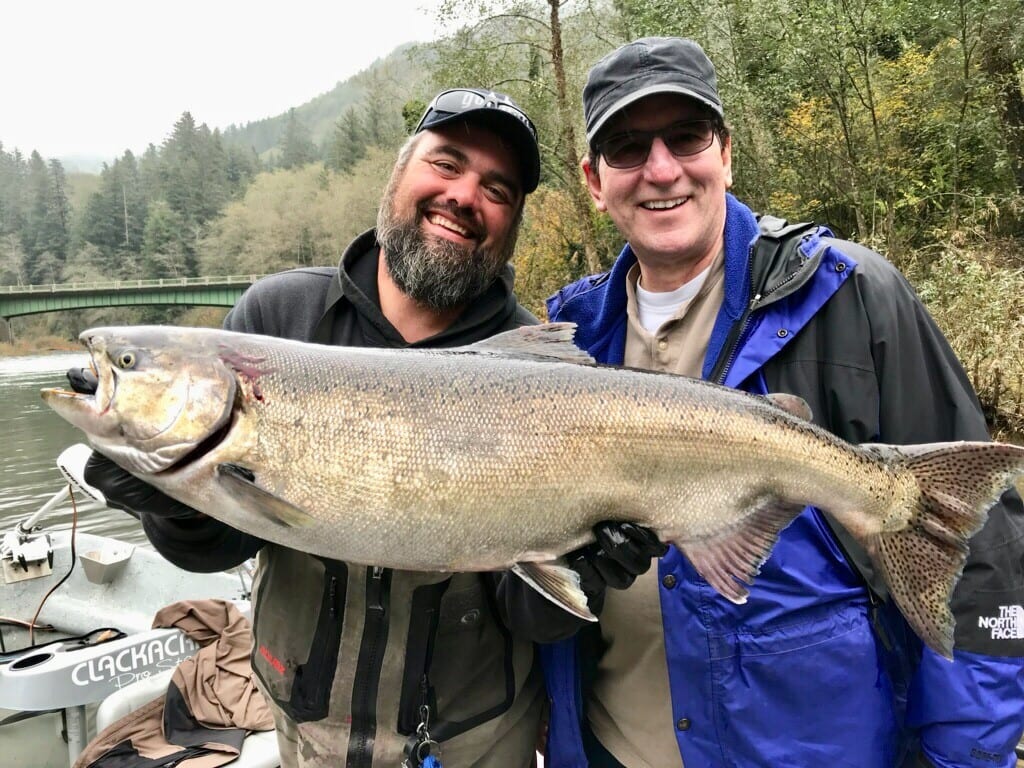 When I’m not floating eggs I run plugs, specifically Red Fire Brine cured tuna bellies wrapped on Kwik Fish. I use Red Fire Brine because when that red piece of meat is under a Kwik Fish it looks like it’s a wounded or a bleeding fish and the salmon attack it. Red is the key. It’s a huge thing and something I’ve been doing for a year. 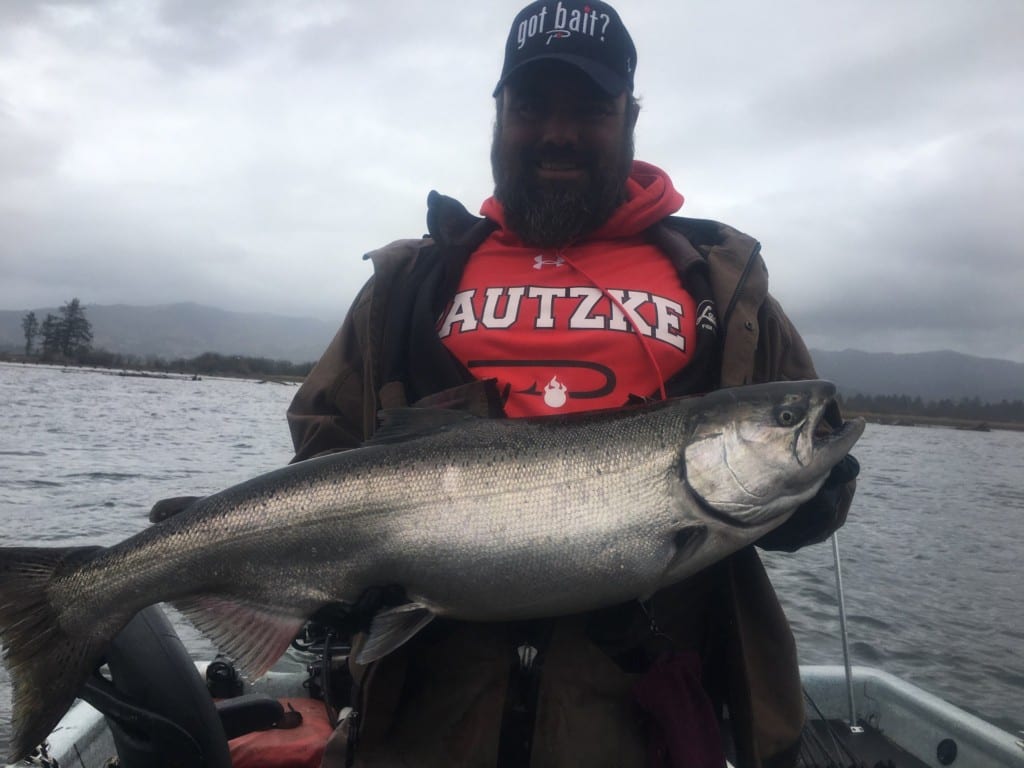