I’ve lived in Southern Oregon since 1989. I’ve been to Diamond Lake countless times, but week was the first time I’ve fished the Upper Rogue River. I have to admit, I’m impressed. The Oregon Department of Fish & Wildlife does a great job at stocking the river. Fishing for stocked stream trout with light tackle made me feel like a kid again. It’s the perfect destination to introduce kids to fishing or do what Mick Thomas and I did: bring out the kid in us. This section of the Rogue is beautiful, crystal clear and loaded with trout. This pattern will continue through summer. 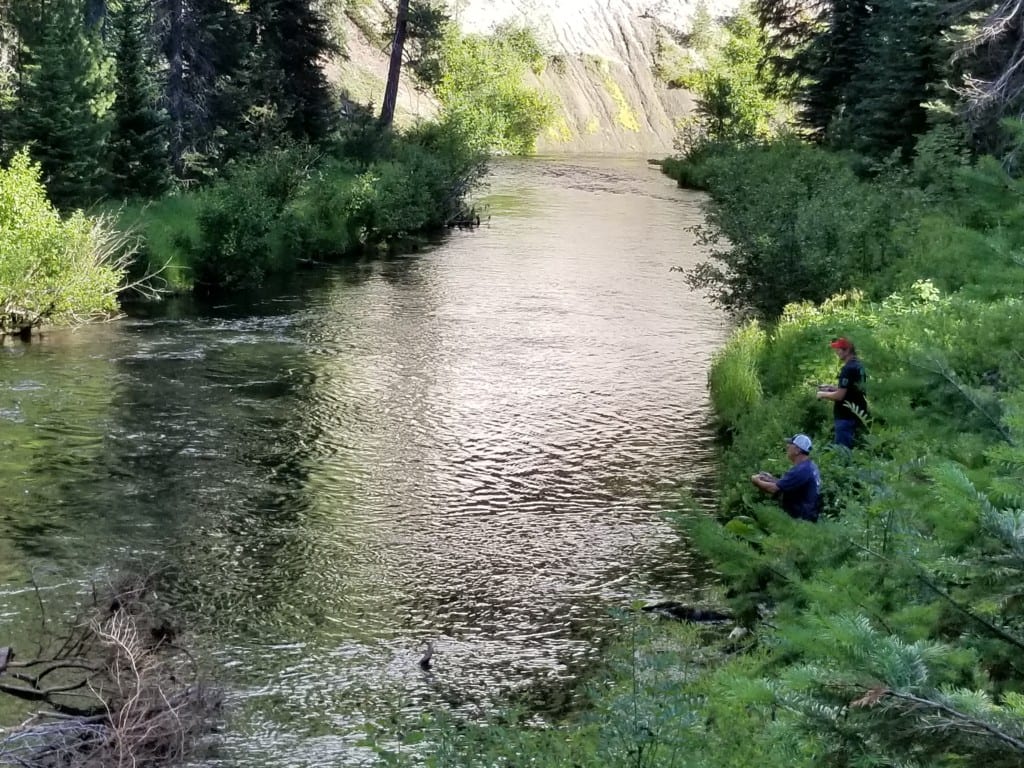 Unlike the salmon and steelhead fishing I guide expensive gear isn’t necessary on the Upper Rogue. I’d recommend using a five-foot ultra-light rod with a six-pound main line and a four-pound leader. However, any lightweight rod and light line works. For best results I’d use fluorocarbon line for a leader because the water is so clear. I used Berkeley Vanish, but if you prefer monofilament line Maxima Ultragreen works good. At the end the mainline I used two split shots followed a small barrel swivel. A two-foot leader is plenty and you can even go shorter if you’d like. I used size 10 and 12 Eagle Claw bait holder hooks.

This was my first time river fishing for trout in Southern Oregon in a long time and my first time using Pautzke Fire Bait. I’ve been a Pautke pro staffer for almost a decade, but I only use their egg cures, scents and brines. To be able to cast into small, clear streams and catch fish on almost every cast was a blast. It made me feeling like a kid again and brought back memories of my brother and I fishing for trout on camping trips. We used Garlic Wildfire, Peach Garlic, Garlic Salmon Egg and Rainbow Fire Bait and caught and released dozens of trout on the Upper Rogue two days in a row. Because we were catching and releasing I did pinch the barbs on the hook, but if you are planning on keeping the trout for dinner that’s not necessary.

Catching trout with Fire Bait couldn’t have been easier. I rolled mine into a small worm shape and Thomas rolled his into a ball. Action was constant fishing roadside pullouts, in the campgrounds and near bridges. While we caught a few 12-inch rainbows most averaged eight to 10 inches. They are fun to catch on light tackle. The river is stocked weekly from Memorial Day to Labor Day by ODFW. 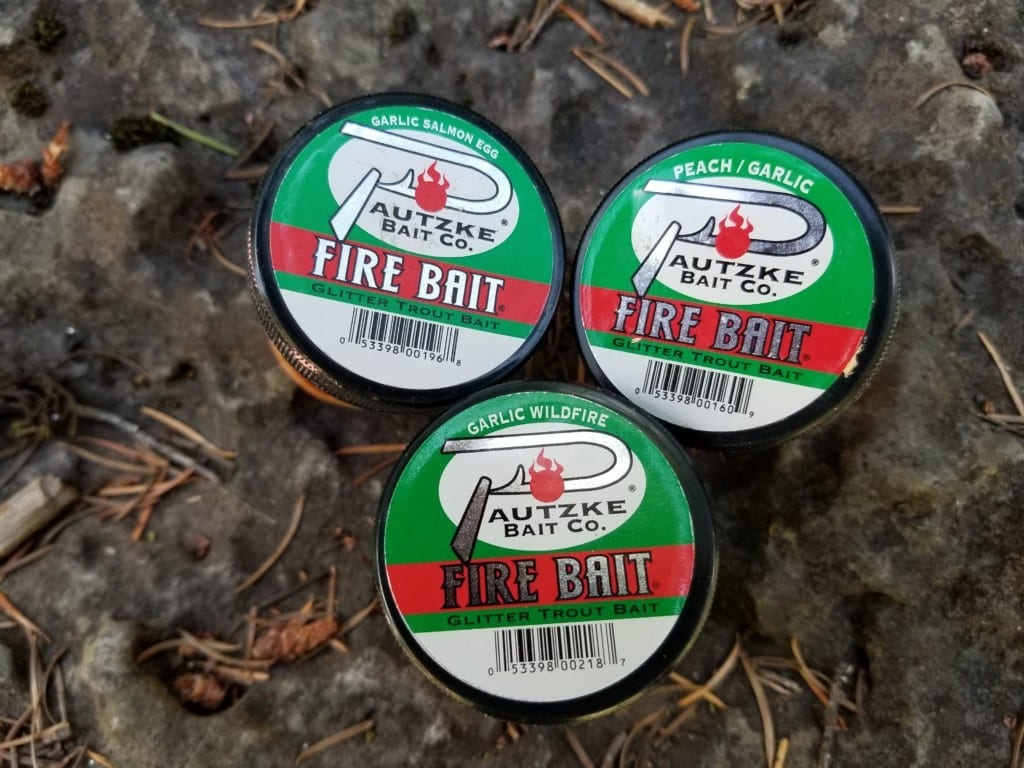 Get out there and have fun – like we did.

Editor’s Note: Troy Whitaker operates Troy’s Guide Service and U Save Gas & Tackle in Grants Pass. It can be found here: https://www.facebook.com/U-Save-Gas-Tackle-160406740648662. Bait is permitted for trout fishing on the Rogue River upstream of Lost Canyon Reservoir.