Every day dozens of people stop at Wildcat Branch Falls along Highway 11 to view the waterfall. Most have no idea the South Saluda River meanders across the street and is stuffed with trout. While the main Saluda can be intimidating to fish, the South Saluda isn’t. It’s a slow moving river with well-defined pools and plenty of access. It’s a great place for beginners and veteran anglers.

The South Saluda has been stocked frequently by the South Carolina Division of Natural Resources this winter and spring and is still being stocked now. In fact, the river is slated for another trout plant this week. When we fished here a month ago we were able to catch browns, brooks and rainbows out of the same hole. That’s a fun feat to accomplish. The creek still harbors all three species as previous plants have spread throughout the system. Meanwhile, the Walhalla Fish Hatchery is out of catchable browns and brooks at this time. Therefore, only rainbows will be stocked for the time being. 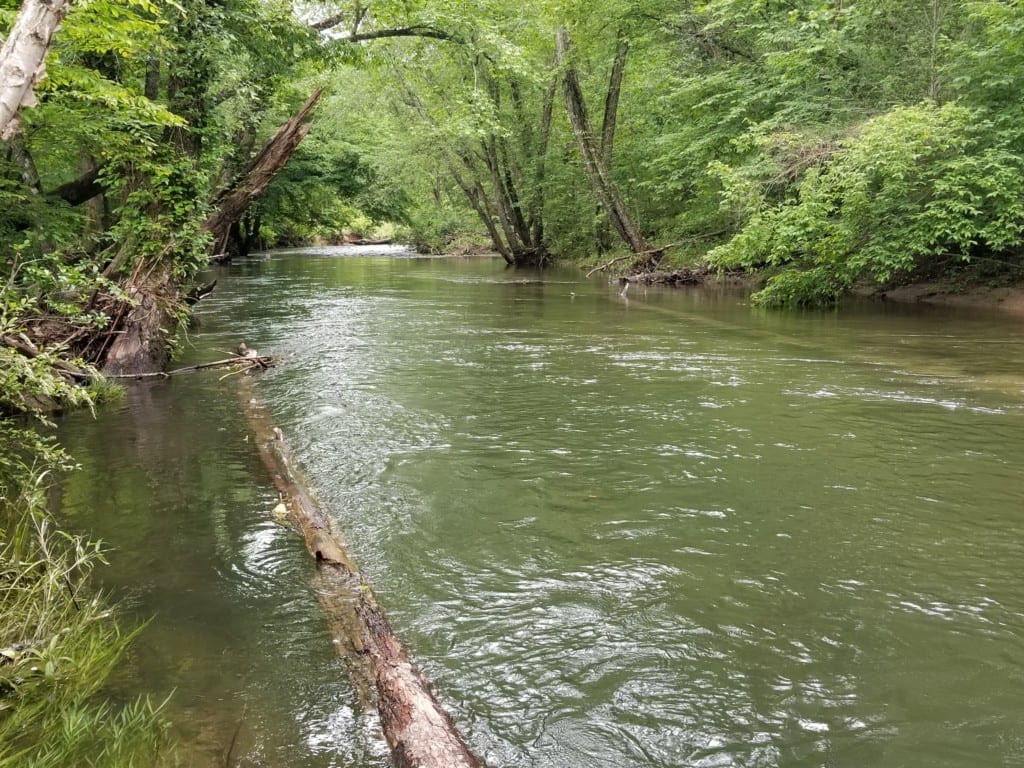 Similar to the Chauga and Chattooga most of the trout caught are small planters. Meanwhile, they fit well in a skillet. The average trout runs eight-to-nine inches, but we managed to catch a few around 10. Anything larger might be a chore unless you get lucky or fish during the fall when larger trout are planted. The good news is catching a limit for the frying pan should be in the cards. It took us less than 30 minutes to catch and release a limit. While I didn’t fish my friend caught and released a few dozen trout in the two hours we filmed Pautzke Outdoors here. 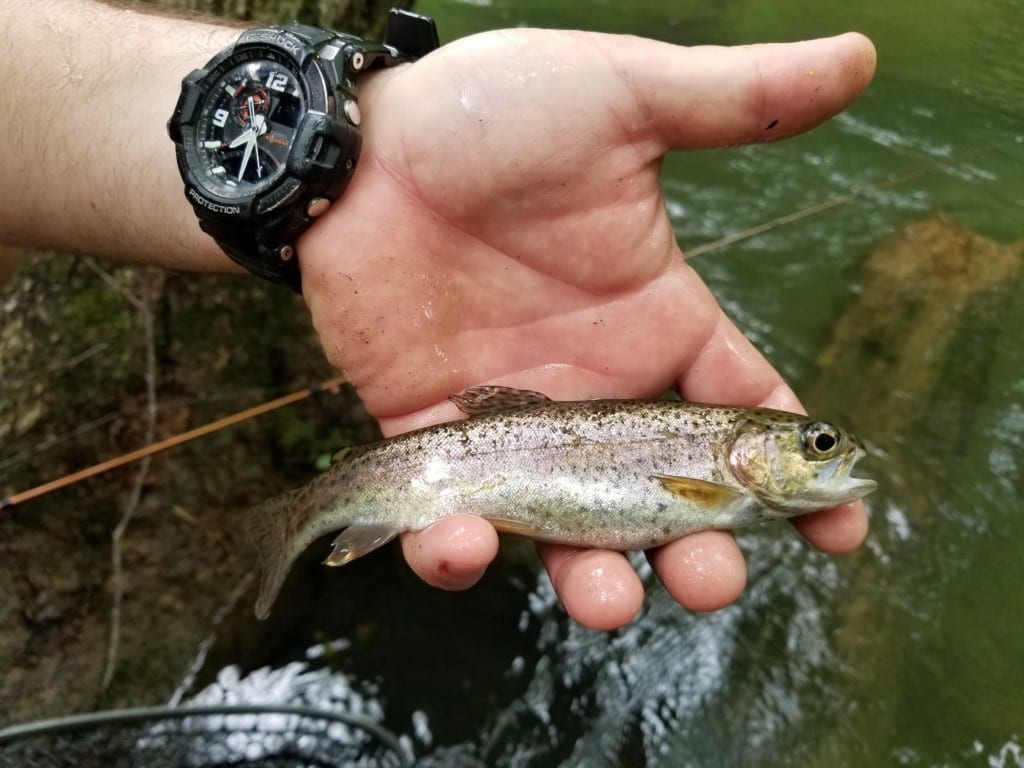 We did what every angler that fishes this system does: park along Highway 11 and walk 50 yards to the creek (it’s stocked in other sections, too). There’s a sign granting access to anglers that’s a helpful landmark. From here, walk down to the creek and start fishing. Trout can be caught up and downstream. We caught them out of every hole. One key to catching trout is focusing on large pools, behind obstructions like fallen trees and rocks and under overhanging banks. 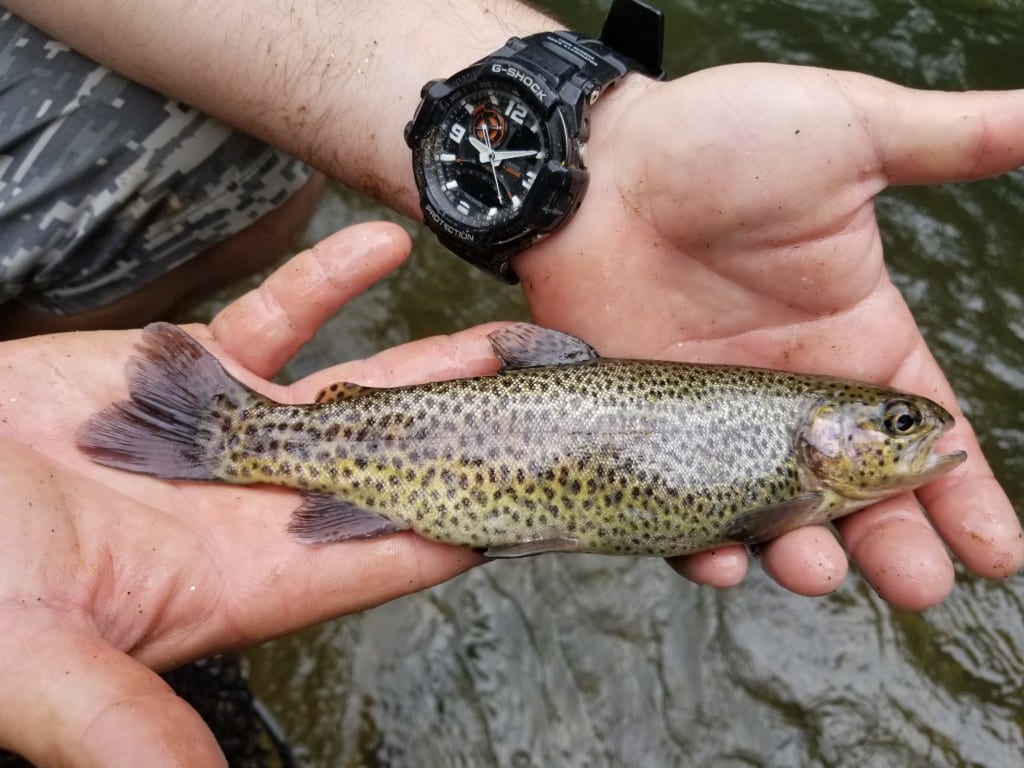 Our success came on a variety of baits. We started with Gold Label salmon eggs and after catching a few switched to Chartreuse Fire Balls and Garlic Salmon Egg Fire Bait. We followed this pattern in each spot and found constant action. The river can muddy up after heavy rains, but can clear quickly. When it does two-to-four-pound test is a must. Even though they are stocked trout they can be line shy. Try using a size 10-14 single salmon egg hook for all the above-mentioned baits. We used a small float to keep the eggs drifting naturally in the water column and only one or two Water Gremling BB split shots. 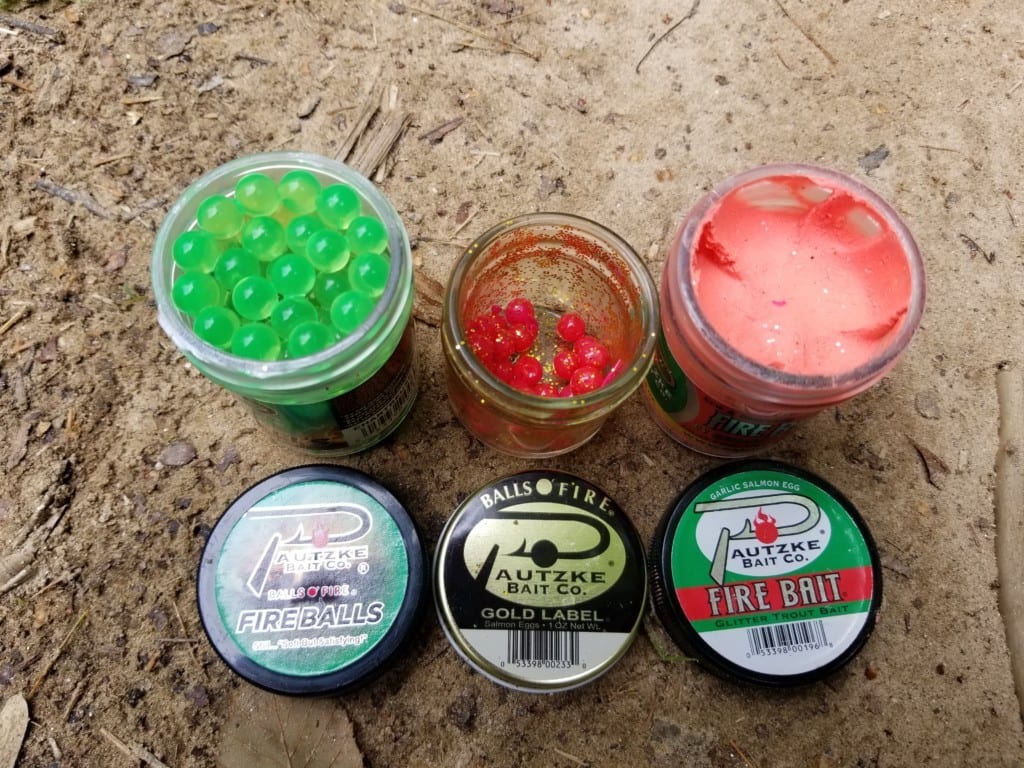