Central PA’s Standing Stone Creek was packed on opening day. There was a ton of trout caught. However, crowds have thinned and there’s a decent number of trout still available. Fortunately, those numbers will skyrocket this Tuesday as the last in season stocking of the year takes places. The PA Fish & Boat Commission will be stocking more rainbows and browns this week and fishing should return to excellent. The bite hasn’t slowed down since the opener, but these new fish will make it even better.

Right now the water is running low and clear, which is much different than the higher water we had opening weekend. With good weather predicted this week I would expect the stream to be in good condition. The only thing anglers will be forced to contend with is clear water. To overcome this make sure to take a stealthy approach. You want to keep the sun at your face so you don’t cast a shadow on the water. A shadow might spook the fish. Other than that you want to use the lightest line you feel comfortable using. For me that’s four-pound fluorocarbon. I use Berkley Vanish. I’d also use small hooks. I use a size 18 Daiichi hook, but a size 12 or 14 single salmon egg hook will work fine. I don’t use snelled hooks. They aren’t as good as single hooks. 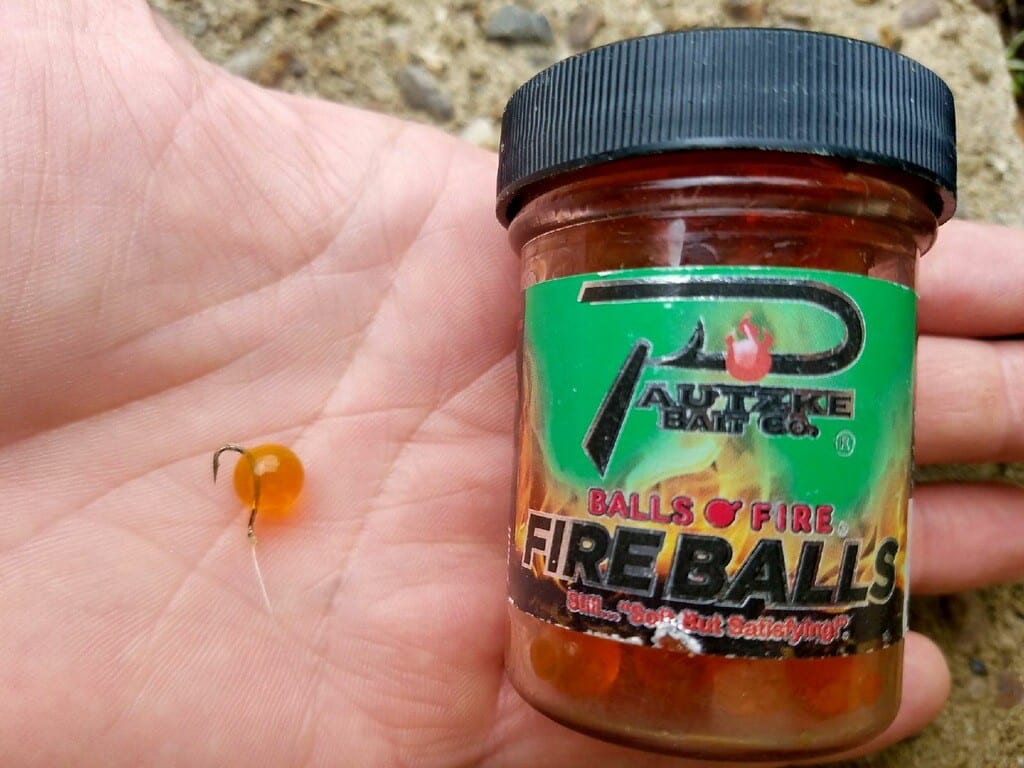 I don’t know if there’s any left now, but opening weekend there were more golden rainbows here than I’ve seen in the last five years. What you can count on is a ton of quality fish. While last season most of the fish were 10-inches this year’s plant included lots of 14-inch fish. Mostly rainbows are available, but some browns, too. There’s some trophy fish around. I released a 24-inch rainbow here a few weeks ago. I also put the 21-inch golden we caught back.

One thing I noticed over the opener was it seemed like the trout were all at the bridges where there was easy access. They didn’t spread the fish out this year like they normally do because the stocking truck didn’t have the help from anglers. Therefore, most of the fish will congregate by the bridges or other easily accessible areas.

I used mostly Natural Deluxe salmon eggs and Fire Balls. When fishing Fire Balls I used a single Fire Ball at a time and drifted it under a float. On bright sunny days the fish are on or near the bottom, whereas when it’s cloudy out the fish will be higher up in the water column. When using the Natural Deluxe I’ll put three on at a time to give it the appearance of an egg sack. I like the larger profile and the fish did, too. 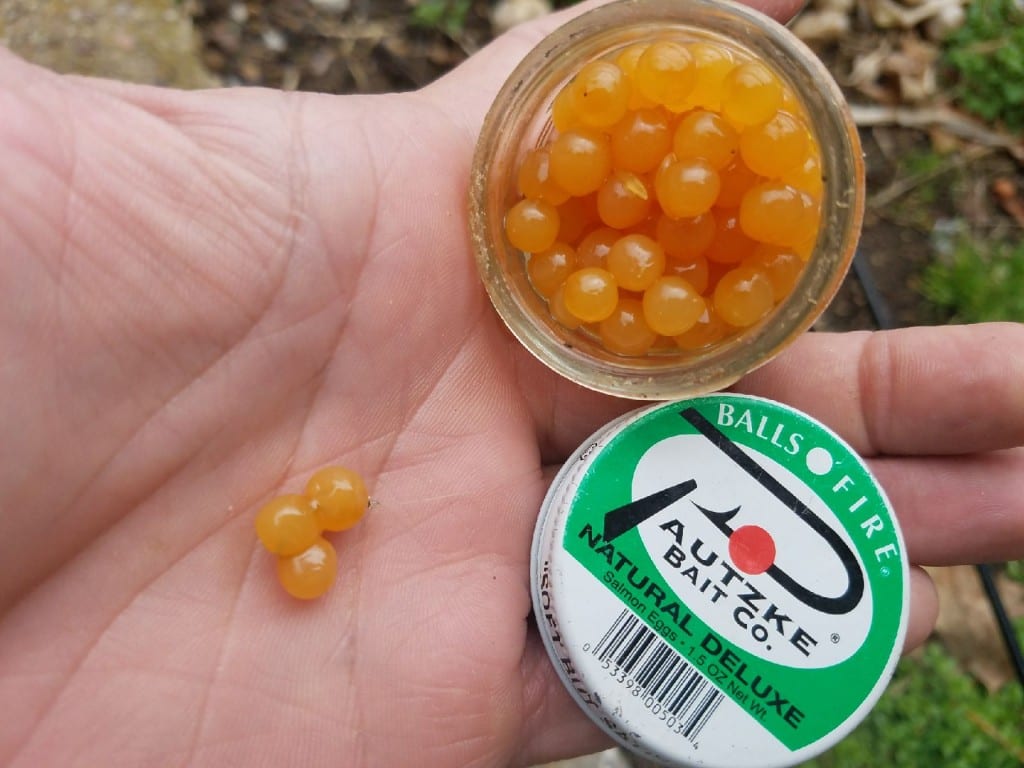