With just over 10 days left in the designated springer season it seems like the fish haven’t shown up yet. From the forecast that we have we’ve been expecting a good run again, but we aren’t seeing the run materialize yet. That doesn’t mean it’s not going to happen. They fish could be late, but so far action has been slow. 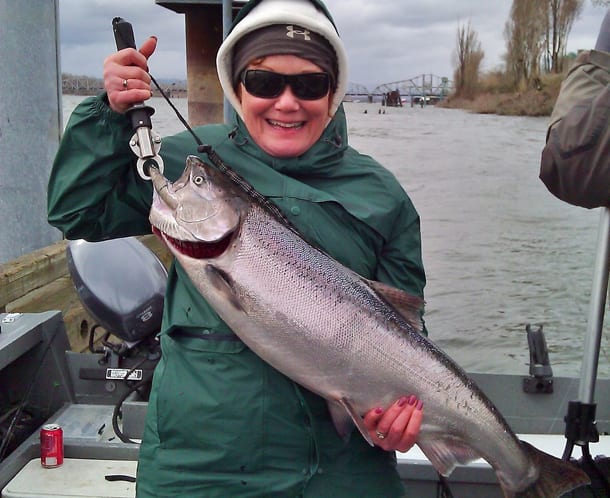 Meanwhile, as of this weekend we’re starting to get some good reports from the lower part of the river. This could mean good things for us, but we have to wait for those fish to move upriver and see if the good reports continue. I’m not going to lie, so far it’s been a grind. It’s been one-to-two fish a day. Some are wild fish, too, and we have to release those. If they are wild we don’t even attempt to remove them from the water for a photo. It’s been hard work to catch springers since the season opened.

While it’s been slow, let’s not forget that the last few years haven’t gotten good until April. The bite in March has consistently been slow since 2010. In years past, people wouldn’t start fishing it heavy until April, but now-a-days they close the fishery so early we have to try to catch fish in March. We are hoping they give us a few days after April 10, which is the current date our fishery is scheduled to close. 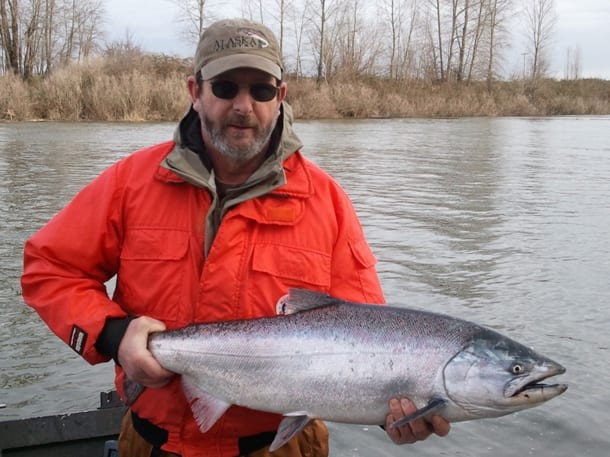 The last good springer year was 2010. That was a banner year. We’d limit out in the morning and call clients and go out a second time. That hasn’t been the case since. The last few years we’ve had poor water conditions, but this year the water is good so we can’t complain about that. The temperature is at 48 degrees and we’ve had the clarity that we haven’t had in years past. Conditions are perfect. We’re just waiting for the fish.

I’m trolling between Vancouver and Portland and down to Caterpillar Island near mouth of the Willamette. It’s been slow for all of us. I’ve heard a few decent reports from guys on anchor, but guys working the troll are just getting one to two fish a day, but we don’t always land those. It’s all barbless so we often lose them. 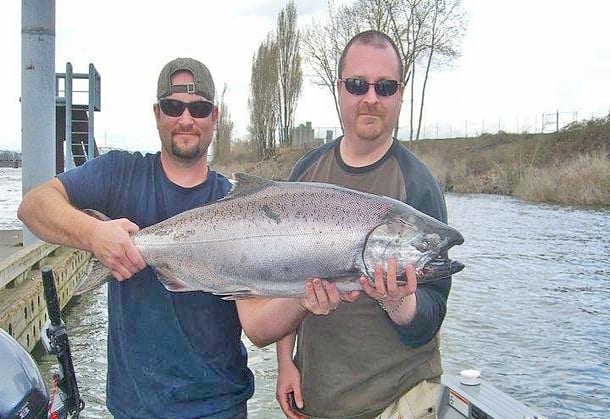 While some anglers sit on the anchor I’m doing a lot of trolling. If I have just four anglers I’ll just run a Yakima Bait Fish Flash and herring. If we have a 5th rod in the boat I’ll flatline a MagLips out the back. The flatline targets suspended fish.

Regardless of whether we’re running plugs or bait, I use P-Line 30 pound fluorocarbon. It’s been an interesting herring bite so far. I’ve only got bit on Natural Fire Brine, which is odd because normally the Chartreuse and Blue Fire Brine are our best producers. We haven’t touched a fish on them yet, but keep in mind; there haven’t been many fish around. I also use a saltwater brine where I mix in Liquid Krill. 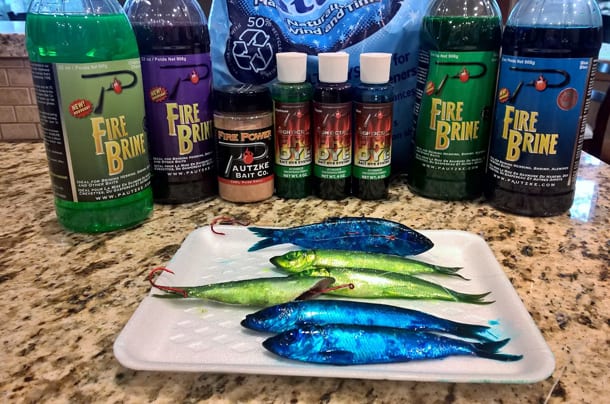 We only troll downstream, which is a simple concept. If you are walking down the street in New York City against the crowd you’re going to be encountering more people. So you are presenting to more fish by trolling downstream. It’s important to remember you want to be right on the bottom, too. These springers tend to hug the bottom.

Typically, we are working about 2.8 to 3 mph, but the fish that we’ve been hooking this year have been coming at a faster pace, anywhere from 3.5 to 4 mph. That could be due to the clarity we have this year. Normally, when a fish sees something go by faster in clear water they have to make a quick decision on whether or not to eat it. The faster troll could be triggering that response.