Salmon season opens today on the Sacramento River and I can’t wait to hook my first fish this year. If you’ve paid attention to what’s going on along the coast I think we are going to have a good year. It’s going to be similar to last year. Some days we’re going to catch easy limits. Others we’ll have to work harder for them.

Meanwhile, in addition to lower water, which could make things interesting later in the year, there’s one factor I’m excited about and that’s the quality of this year’s salmon. If you recall last year our salmon averaged 20 pounds. The difference is there’s going to be nice four year olds this year, whereas last year we had a lot of three year olds. So if those larger fish do show we are going to have slugzillas. 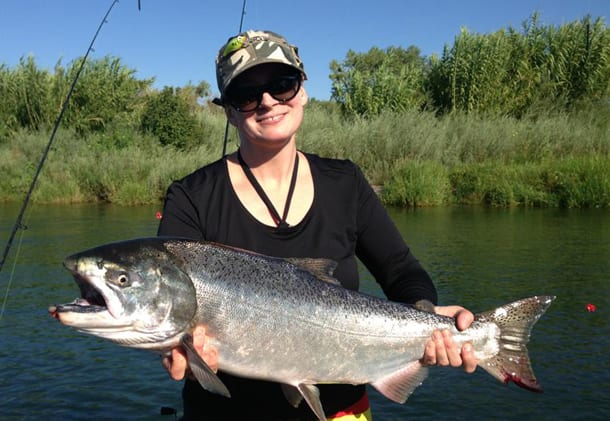 At this point it’s a guessing game, but I’m expecting to catch salmon today. They are catching tons of fish off the coast. There’s fish in the river now. I’ve been out over the last week looking around and I’m seeing fish roll and jump, but it’s hard to predict what an opening day (like today) will be. These early fish aren’t staying still. They move a lot like most early season fishing do. They act like spring salmon. They are always on the move. 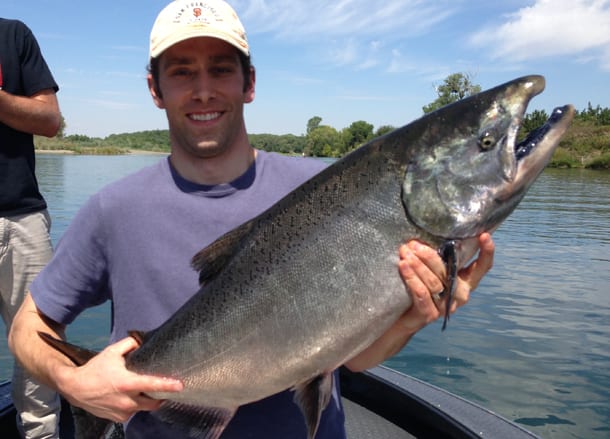 On the other hand, I know I’m going to stay between Corning to Red Bluff in the first couple of weeks. It’s the right water temperature right now. I want water in the high 50s or low 60s. If you are south of Chico you’ll be in that warmer water and the fish will be upriver. 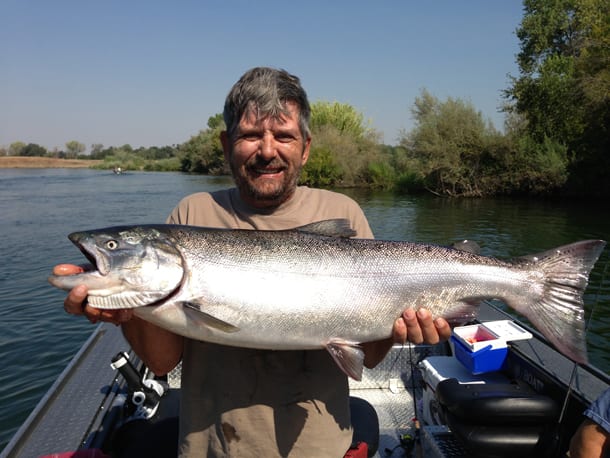 Due to our drought there’s a lot of pessimism on supposed low water conditions. First off, let me tell you right now our rivers are far from low. And, we are supposed to have good flows for some time. With that being said, we are going to have less water in our rivers at an earlier time than we normally do. But don’t let that fool you. The salmon are coming. That’s the key thing: the salmon are coming. It doesn’t make a difference. If there’s enough water for them to swim up the river they are going to come.

Are we going to maybe have to fish a little further north than we normally do? Maybe. Sure. But, again the salmon are coming. For some reason people are associating this with other species that won’t come unless we have high water. But, these salmon have a life cycle to complete and they are going to do it. 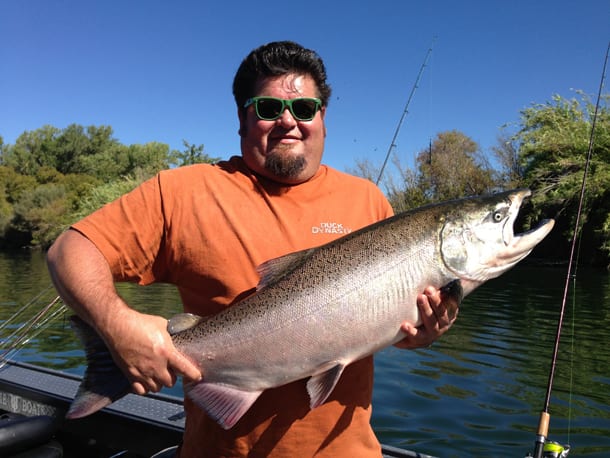 This early in the season I think we are going to have a good bait bite. The water temperature is right and the river is right for bait. They are going to be chomping roe. I’m still curing with my Sacramento River recipe, which means I’m using FireCure, BorX O Fire and Fire Power on all my eggs. The biggest single factor to success here is having a good egg.

Here’s a reminder on how I cure my eggs. It’s a process, but you get out of it what you put into it. Good eggs that catch fish when other cured eggs don’t take effort. https://www.pautzke.com/fireblog_read.php?read=72

The best way to catch them is to work a lot of the shallow areas. These fish are moving. They are on a one-way destination upriver. Another thing to do with these earlier fish is downsize your roe. I know it sounds funny, but sometimes the difference between a penny and a quarter size is a big deal. And, sometimes the color of a Puff Ball makes the difference. Pay attention to small details and try different things on each rod until you find what’s working. 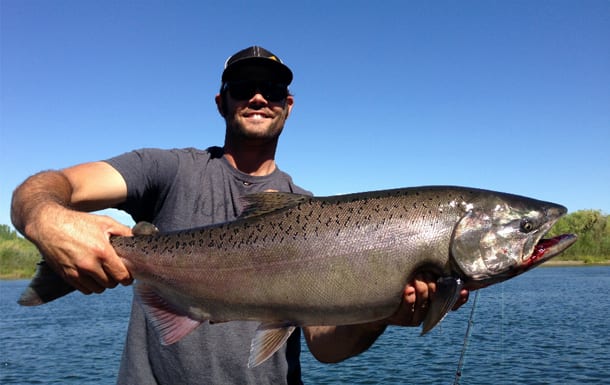 I love fishing eggs more than any other technique, but don’t get me wrong. I love to plug fish as well and knowing when to fish plugs vs roe is as different as someone’s favorite color. You have to have confidence in what you are doing. Have a game plan and move forward with it.

If you’re a lure guy and you want to run your lure, fish your lures, but if it’s not working don’t be afraid to run roe. You can’t be complacent here. No day is ever alike, just like no salmon is ever identical. Every day is different. Have your roe and plugs with you at all times and change often if you aren’t getting bit. If you’re going to run plugs on the Sacramento River I’d recommend T-55 FlatFish. Chrome with a chartreuse head is a staple here along with pink/white. 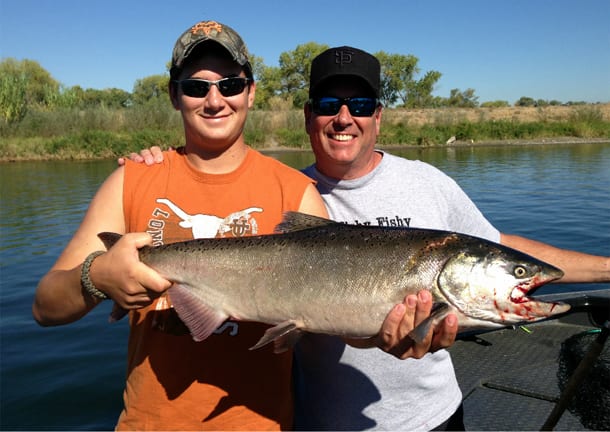