Pennsylvania isn’t known as one of the country’s top catfish producers. Meanwhile, the Susquehanna River in Central PA is quickly gaining notoriety as one of the fastest growing fisheries in the country. While channel catfish have populated the system forever the more popular flatheads have made a better showing in the last decade and are beginning to turn heads.

In town to film several trout fishing episodes of Pautzke Outdoors last week we hopped aboard with Breakline Charters to target flatheads. Unfortunately, we knew action wouldn’t be as good as the trout fishing, but that’s a credit to the cool spring the region was dealt. With temperatures rising those kitties will feed more aggressively each day. 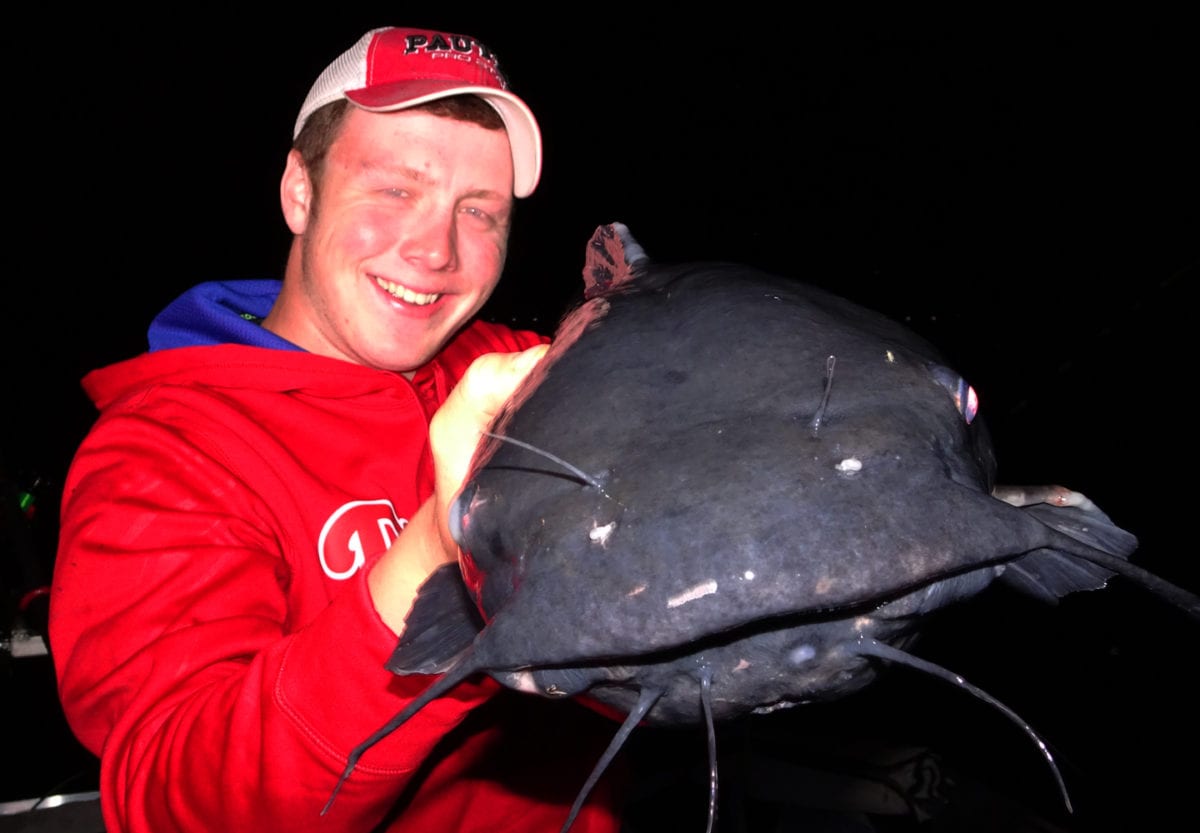 A tributary to Chesapeake Bay, the Susquehanna is a large system. Meanwhile, we focused our efforts between York and Harrisburg, a big stretch of water known for large flatheads. With catfish feeding more freely at night we started near dusk and fished through the wee hours of the morning. While we didn’t catch any monsters a 13-pound channel and 18-pound flathead paced the largest fish, both respectable this early in the season. 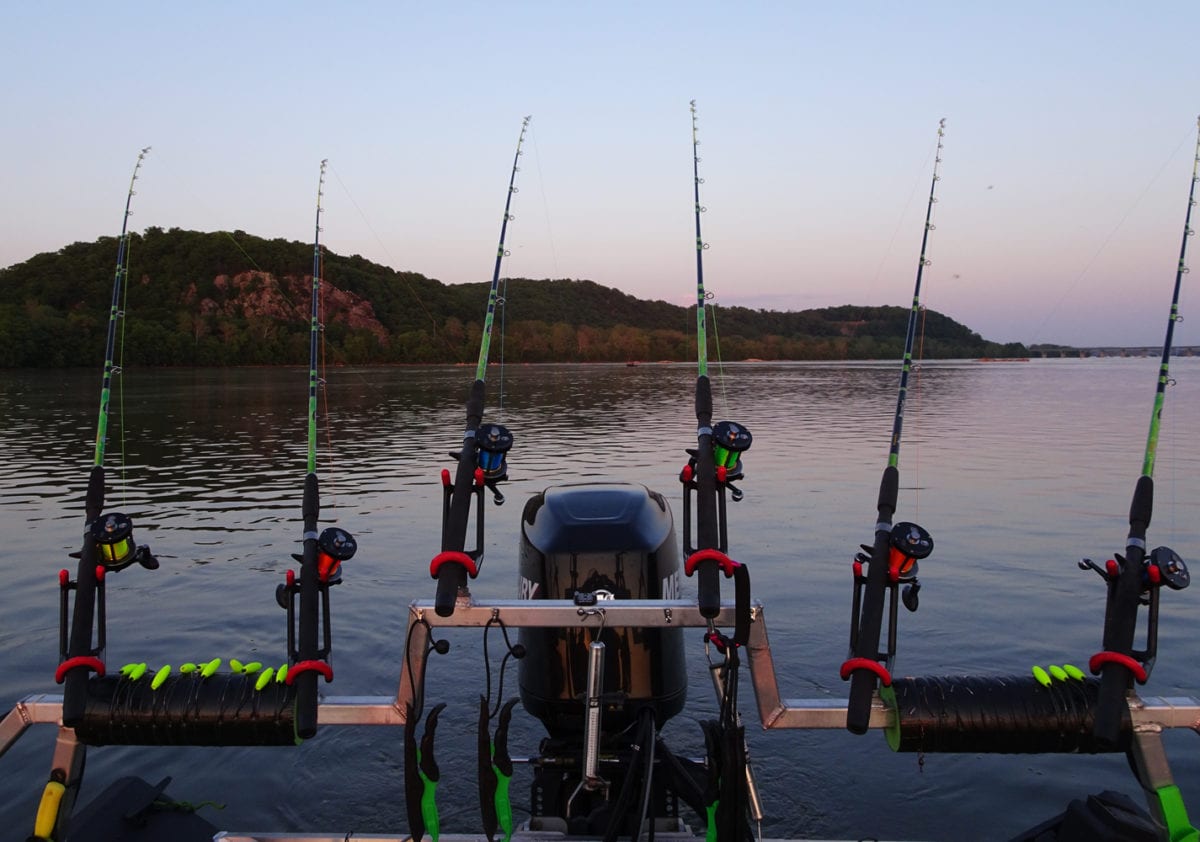 Fortunately, with the guidance of Captain Jaime Hughes and guide Mark Clepper, we fielded bites throughout the night. Both are veteran river anglers. Ironically, we hadn’t heard of either of them prior to a few months ago, nor did we count PA as a place to target cats. A few months ago Clepper messaged us on Facebook to relay success stories using our Catfish Nectar on his cut baits and Fire Dye on live bait. At the time Catfish Nectar wasn’t even available in PA. He found it in a major retailer in West Virginia. Knowing we were going to be in town we set up a trip and filmed an episode of Pautzke Outdoors on the river. 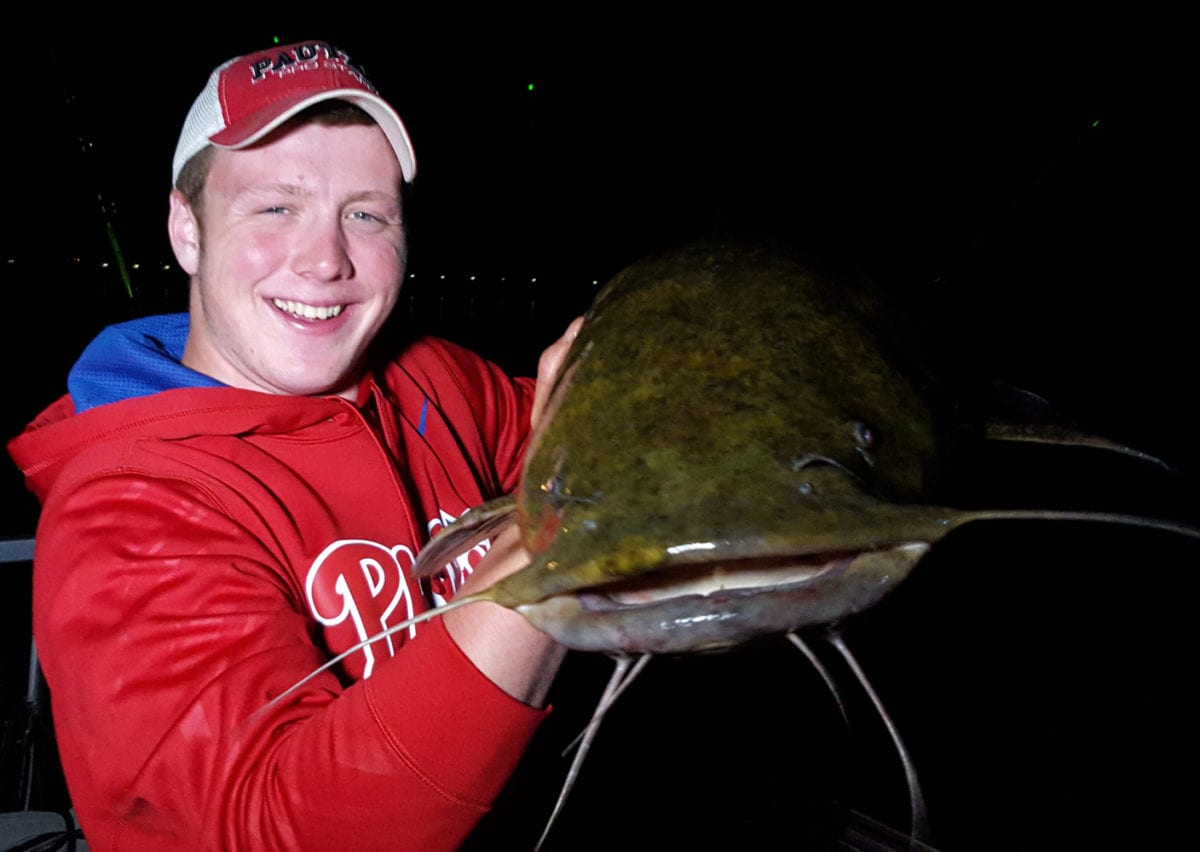 Our fishing consisted of two baits: live Fire Dye chubs and Catfish Nectar marinated pieces of cut bait. Credit to Clepper who was smart enough to place the baits the night prior in a Ziploc and soak them in the Catfish Nectar overnight. Doing so allows the scent from the Nectar to absorb into the bait and seep out while it’s hanging on the bottom.

It didn’t take long for the cats to bite. On the other hand, we only hooked about half of the fish that decided to chew. As cool as the water still is they were gentle when grabbing the bait. That should change soon. In fact, it might have changed already considering the water is warming daily. 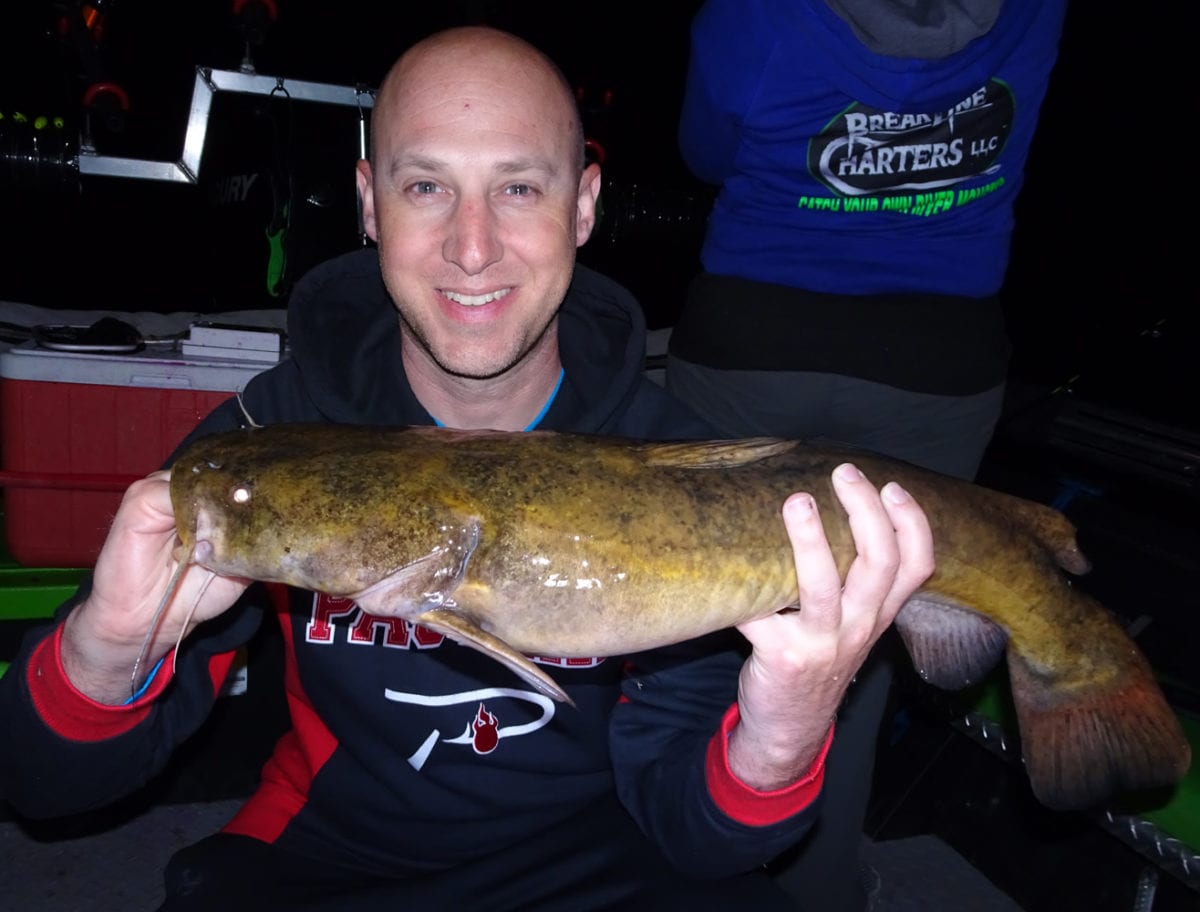 We didn’t weigh every fish we boarded. Nevertheless, of the flatheads we caught, most ran between 8-12 pounds with the highlight being the 19 pounder. Luckily for us most of the bites came on the marinated cut bait. The purpose for the trip was to give Catfish Nectar a good test. Fortunately, it passed. 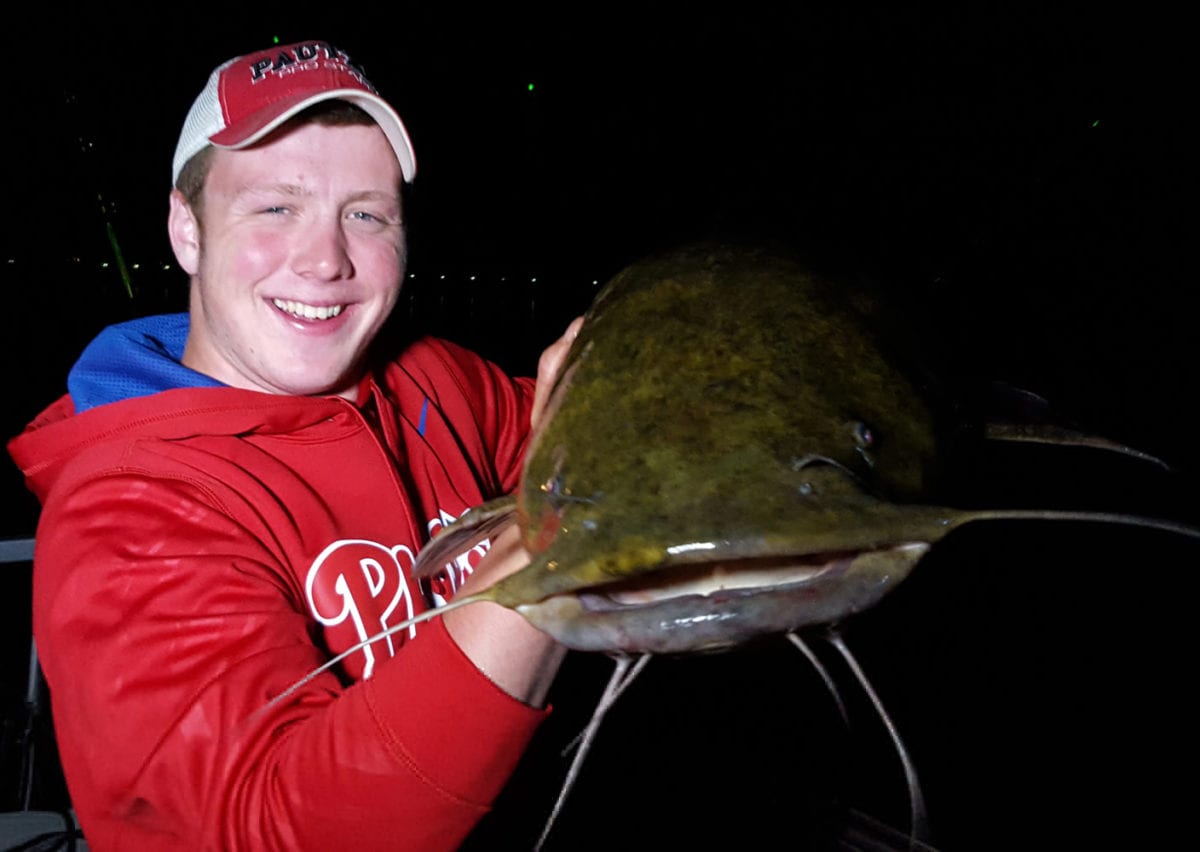 Editor’s Note: For more information on Breakline Charter’s twilight Susquehanna flathead and channel catfish charters please visit www.breaklinecharters.com. Of the hundreds of charter captains and guides we’ve fished with in the last decade Hughes’ complete experience is one of the best we’ve encountered, which is more than rare from a catfish guide. Catfish Nectar is available at Bass Pro and will be in Walmart stores starting mid August.